In my novels, lovers and adversaries reunite at weddings, rediscovering all the heartbreak and dreams they left behind, as well as connections that change their lives. So, naturally there’s some affinity between myself and weddings.

For one, I can’t think of a more romantic canvas for a love story given all the hope and promise inherent in a wedding. Then there’s my personal history, where I met and married my husband so quickly that, although I had a big Indian-American wedding, I paid almost no heed to the details or the planning. Not to get all radio-therapist on myself, but getting to plan all these weddings in my books might be me compensating.

But what about real life, you ask? How does one blend the colorful exuberance and extended ritual of Indian weddings with the tidy elegance of an American wedding? I’ve attended some really beautiful Indian-American wedding events and this is what I’ve gleaned.

Traditional Indian, Hindu ceremony events– even in their most condensed format – last for a few hours, during which not just the bride and groom, but also their families, perform rituals in which they all make vows of their own. The wedding tradition in India is a joining together not just of a couple, but of families.

Thankfully, guests are not required to sit in one place and witness the entire hours-long ceremony. It is perfectly acceptable for everyone to mingle and munch on goodies while the bride, the groom, and the involved family members perform the rituals at the altar. Of course, anyone interested in watching is welcome to do so. Therefore, the atmosphere is naturally a little less formal and structured than a Western ceremony and a bit more chaotic and familial.

As for rituals, there is an entire plethora to pick from. For my own Indian-American wedding, I chose to include the "Seven Steps" that symbolize the seven vows during an Indian wedding. I also wanted to include the garland exchange common at Indian wedding ceremony events, which marks your transition from unmarried to married on the wedding day.

Before the bride and groom exchange garlands, they are separated on two sides of a curtain made up of a shawl held up by family. During this time, the priest reads the couple their rights (and duties) and warns them to be vigilant and ready for what lies ahead. At every chorus, the guests (who all join in for this part of the ceremony) shower the couple with rice, symbolizing their blessings. It’s a song with this wonderful build-up that hits its crescendo when the curtain is lowered, the garlands are exchanged, and the bride and groom become husband and wife.

These rituals and are unique to the region of Maharashtra in India, where my family comes from. But wedding rituals and traditions, like everything else in India, differ based on region. You can either go with the traditions indigenous to where your family comes from, or you can go with a more generic set of traditions cherry-picked from various parts of India and popularized in Bollywood films.

For example, the henna ceremony, the sangeet (the musical party before the wedding), and the baraat (the groom’s family arriving at the wedding as a large contingent accompanied by music and dance). These traditions have become familiar mainstays in weddings across all Indian communities thanks to Bollywood. 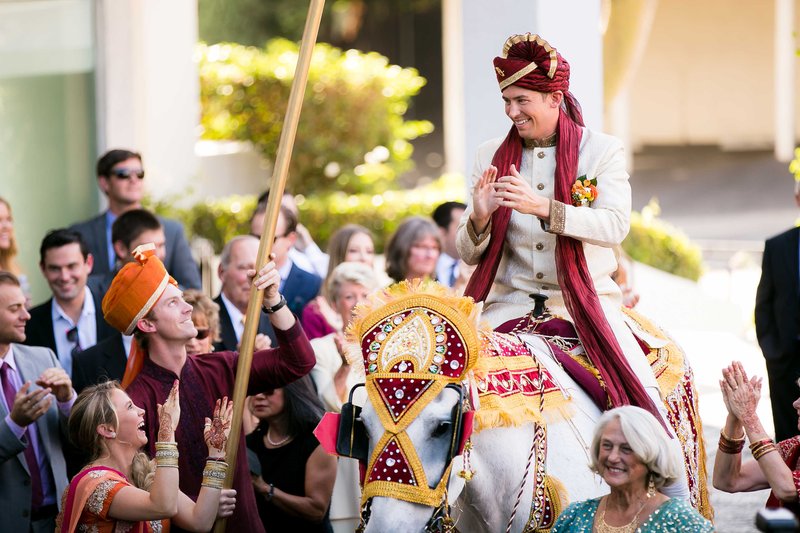 Basically, blending traditions has to do with what resonates with you. Thanks to globalization, Indian culture seems to feel much less foreign in America today than it used to, and that means most people are comfortable with mixing things up.

Due to this new familiarity between world cultures, friends and family involved in the Indian-American wedding are not just amenable but enthusiastic about coordinating their clothes, allowing you to tame the riot of color seen in traditional Indian weddings and orchestrate it into a more-coordinated riot of color if you so desire. Plus, the best part of both Indian and American weddings is the same – the party.

If you are a bride who wants to blend the two styles – both in terms of wedding planning, and also managing families who may favor one side or the other – I hope you’ll find a way to not let them turn your Indian-American wedding into a tug of war between cultures.

I think it behooves you to spend some time deciding what you want and then laying down the law in terms of how you expect everybody to behave. It is your day, after all. And if you’re having a blended Indian-American wedding, chances are you’re going to have a blended marriage and a blended life, and it’s best to set a tone of cultural respect and joy in differing traditions at the get-go. 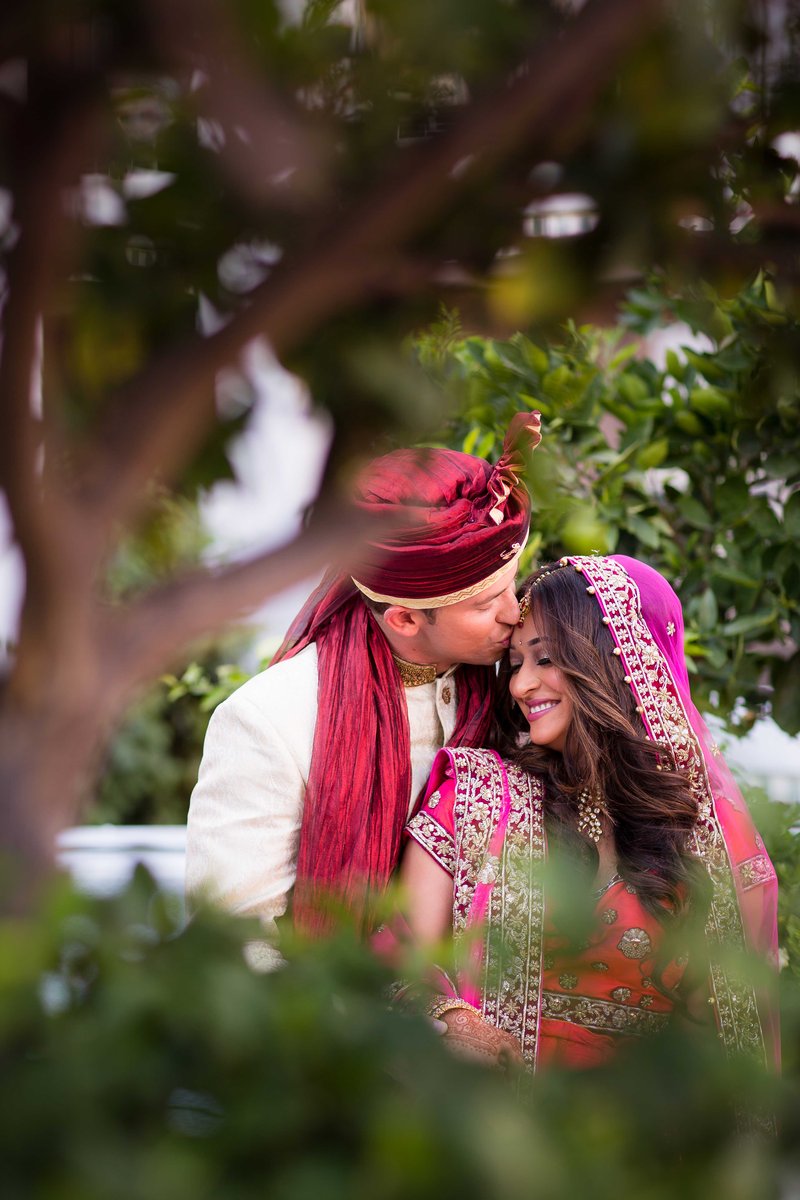 As for Indian-American wedding planning, I have two pieces of advice: First, don’t sweat the small stuff. Second, it’s just one day. Have fun and keep the focus on what really matters – the marriage.

Sonali Dev is the author of the novels The Bollywood Bride (September 2015) and A Bollywood Affair (2014), which was named one of Library Journal’s and NPR’s Best Books of 2014. As an Indian-American author, Sonali combines her love of storytelling with her insights into Indian culture to capture modern-day Asian-American women’s lives.

A list of unique ideas to modernize the tradition at your wedding.