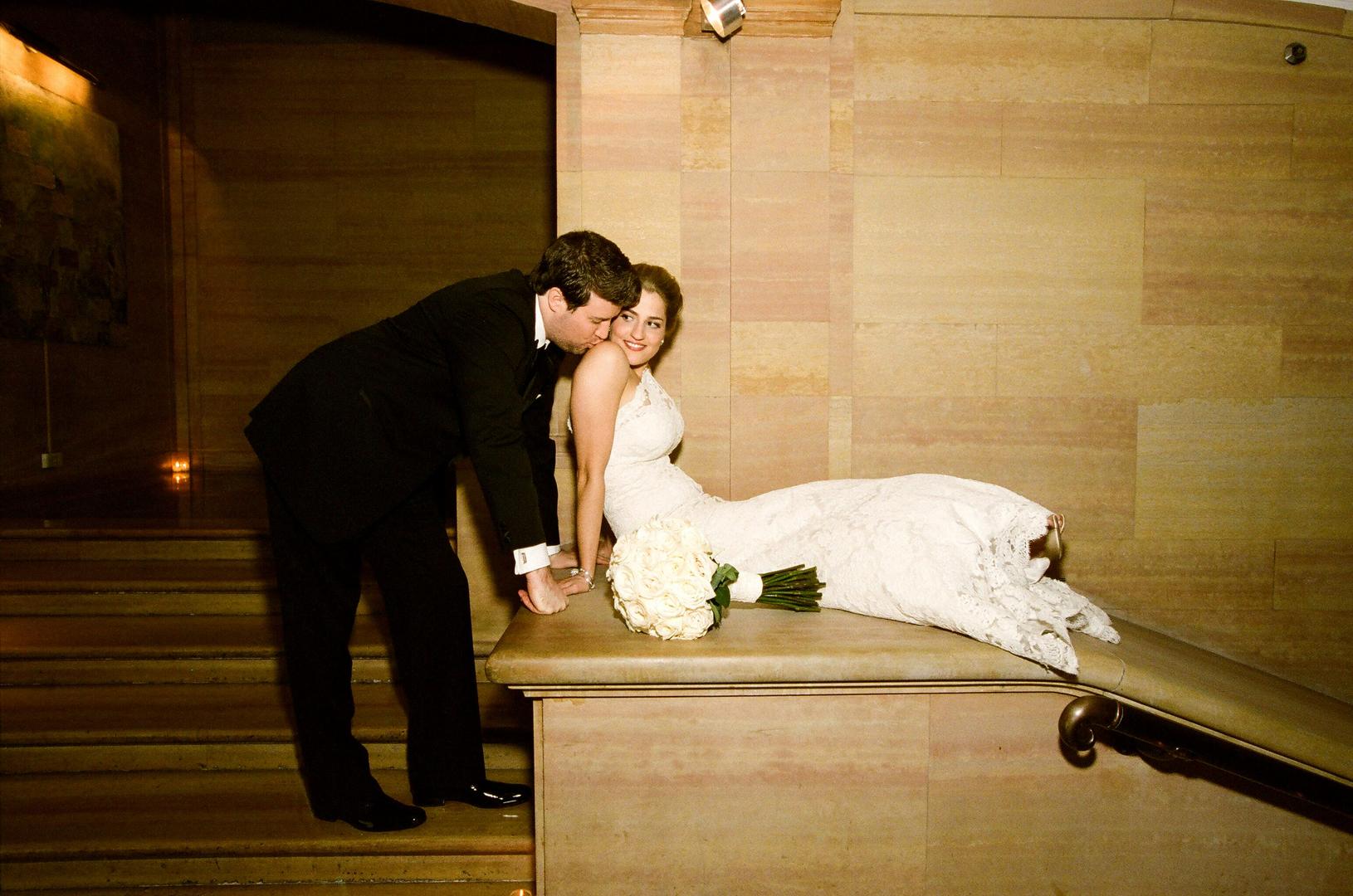 Kadie Bilodeau married Justin Uretz in Chicago, Illinois. Their wedding was featured in our winter 2010 issue. According to the bride, who is the general manager at the Monique Lhuillier bridal salon in Los Angeles, California, Justin's proposal had all the elements she'd ever dreamed of: it was romantic, unexpected, and full of close family and friends. Here's how Kadie tells it:

"Justin and I went to the same high school but it wasn’t until later in college that we became more than friends. We were both home in Chicago for the holidays. A few days after Christmas, our families went to dinner together, as was tradition when we were both in town visiting. Afterwards, my mother suggested that everyone come back to their house for dessert. We were settled in the basement enjoying dessert and cocktails when the doorbell rang. I answered and it was five of Justin’s closet friends. They presented me with a box that contained a cashmere blanket, a picture of us from when we were first reunited, and a note instructing me to meet Justin outside in the yard. As I stepped out onto the deck, I was greeted by a path of candlelight and white Christmas lights. There was a violinist playing our favorite songs and Justin was down on one knee asking for my hand. As we made our way inside to celebrate with our families, one by one all of my friends started to appear. Justin had also planned a surprise engagement party with all of those dearest to us! It was a night we will never forget!" 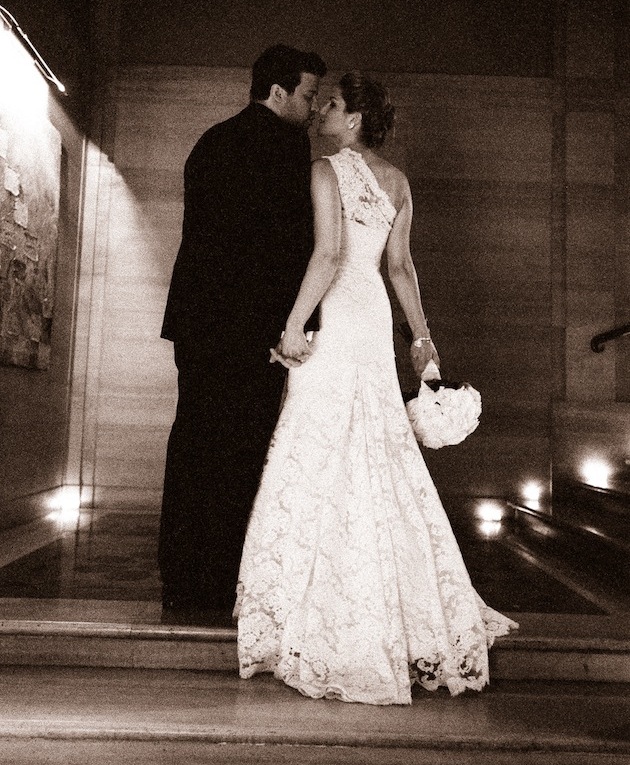 The Best Honeymoon Locations for Fall and Winter Weddings

How to Be the Best Mother of the Bride Ever