Marjan Quadir and Ryan Samson met through mutual friends and their relationship progressed naturally and quickly. Soon, Ryan was certain this was the woman with whom he wanted to grow old.

"From very early on in our relationship, Marjan and her younger sister had put a lot of effort into making sure their mom and dad liked me. By the time I was ready to propose, I knew Marjan’s parents well, and I definitely wanted to ask for their blessing. A few days before I planned to propose, I told her parents I would be in their area, and asked if I could come by for dinner 'just to visit.' When I showed up, Marjan’s mother had, as usual, prepared a huge, delicious meal. I sat down and enjoyed a nice leisurely dinner with Marjan’s family.

I was a bit nervous thinking through what I wanted to say, but the food definitely helped put me at ease. After we finished dinner, Marjan’s mother brought out a mango cheesecake she made from scratch. Once she served everyone, I announced that I had not come just to visit, but actually because I wanted to talk to them about something. I explained how special I felt Marjan was, and how much I loved her. Then I said that I would like to ask Marjan to marry me, but I really was hoping to have their blessing first.

By the time I was finished speaking, everyone was both laughing and crying. Marjan’s father told me they thought of me like a son, and of course I would have their blessing. Marjan’s mother ran over and hugged me, and told me she knew that must have been why I came over. Then Marjan’s father told me he did have one question for me. I was nervous for a moment, before he asked, 'So when do you want to have the wedding?'"

Marjan and Ryan were married on April 16, 2011 in Old Westbury, New York. Their wedding is featured in the fall 2011 issue of Inside Weddings magazine: Great Gatsby-Inspired Spring Wedding in New York 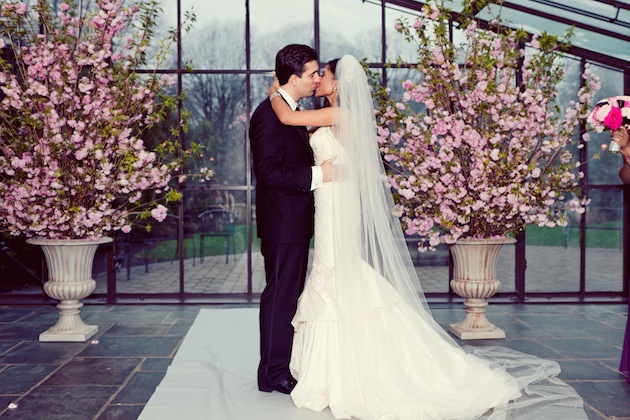 The Beatles Wedding Songs: From the Processional to Special Dances