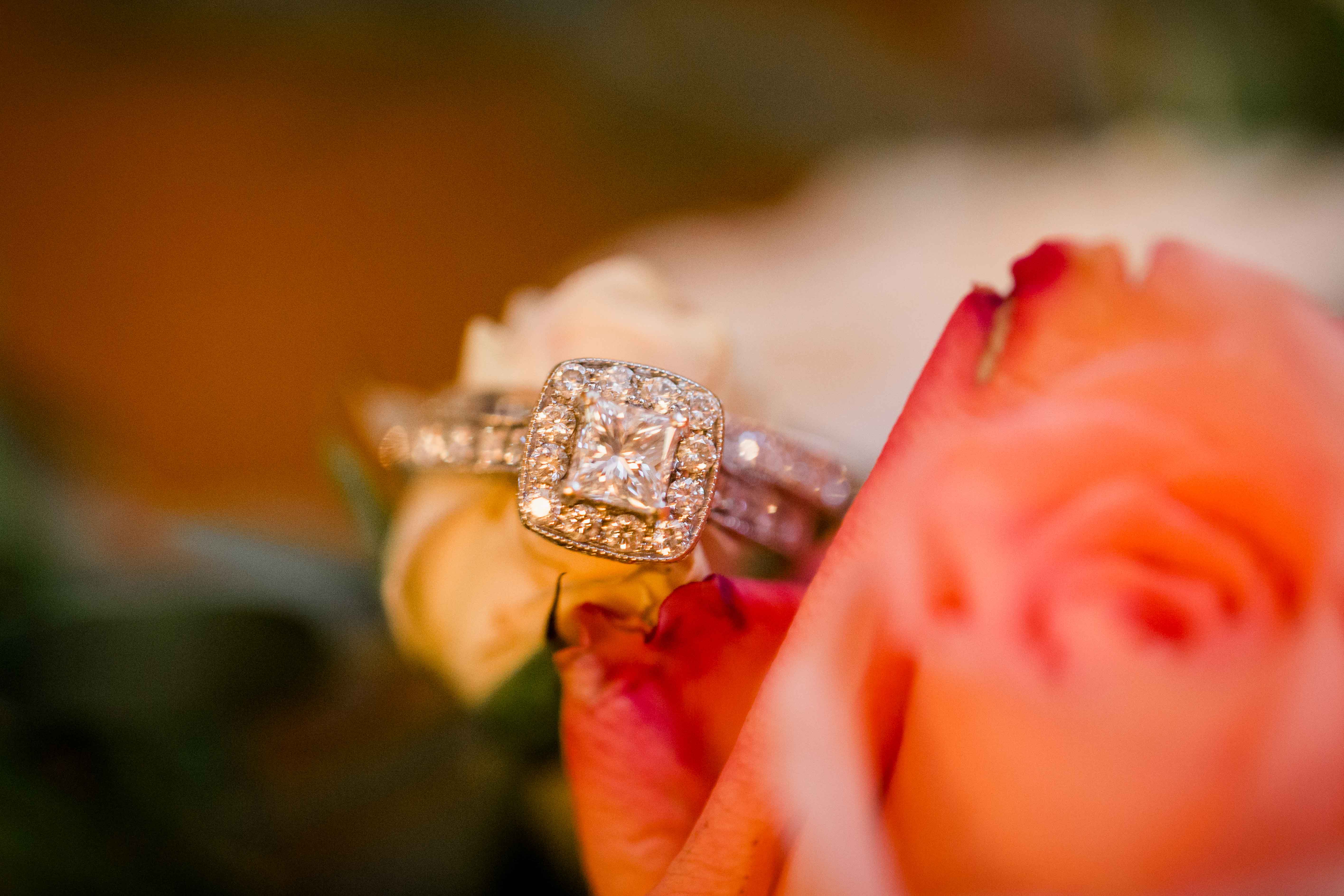 While many people consider their wedding to be the best day of their life, it can also be fun to look back at the moment that was the catalyst to all of that planning: the proposal. Below are the engagement stories of seven brides who have been featured in the pages of Inside Weddings. Some are personal and sweet, others grand and romantic, but what matters most is that each proposal was right for each couple and started them on the path to a beautiful wedding and happy marriage. 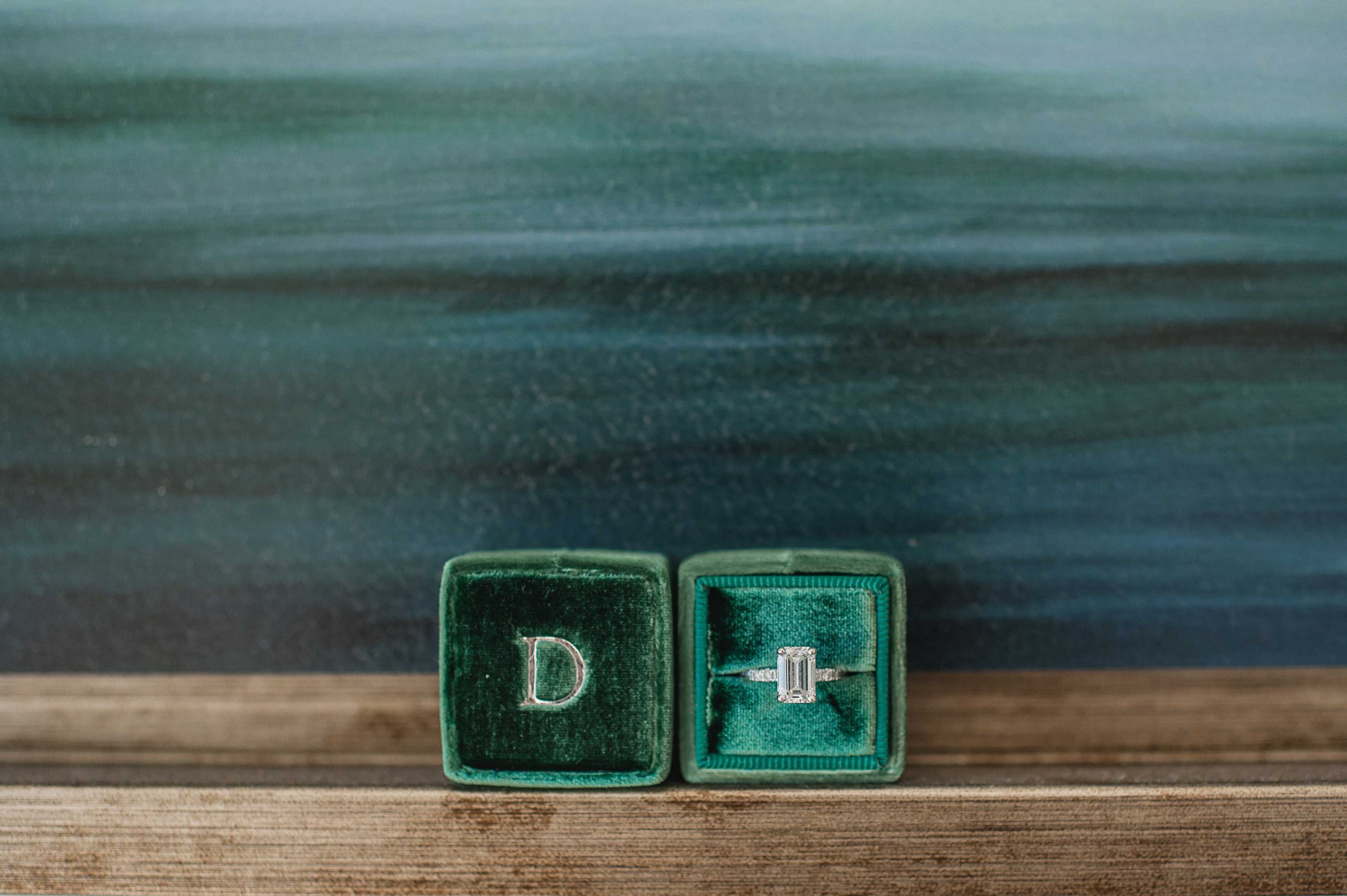 “John gave me a customized picture puzzle as a Valentine’s Day present on the evening after we had a big exam. I absolutely love jigsaw puzzles and was really excited that John had made one out of a picture of the two of us. Immediately I started putting it together, but there were so many pieces – I think it had about 800. It took a couple days to put it together. John hid the script that was written at the bottom of the puzzle – “Will you marry me?” – until I was putting the final pieces in. I didn’t finish putting them all together before I looked up and John had this beautiful diamond ring in his hand. It was all just so surreal and perfect.” - Page

“Matt thoughtfully wanted as much family as possible present to be able to celebrate the special day with us after the engagement took place. Therefore, he timed it to coincide with spring break for my nieces and nephews. One day we were lounging at the pool at a hotel. My niece, Morgan, asked me to teach her how to putt. Being an avid golfer, Matt knew I would seize the moment. Little did I know Morgan was in on the plan the whole time. As Matt ran to ‘get the putters’ and meet the girls on the putting green, his sister was hiding in an adjacent restaurant. She swiftly handed him off the ring. Matt placed the box in the golf hole. As I taught Morgan golf technique, we slowly made our way towards the hole with the ring in it. As I approached the hole, I asked Matt, “What is that? What is in there?” Matt then dropped to one knee, pulled the ring box out of the hole and asked, “Will you marry me?” After I said “Yes!” both of our families ran out of the adjacent restaurant to celebrate the joyous moment with us. To top it off, there was a photographer hiding in the bushes who captured it all.” - Whitney

“Blake booked an unexpected trip for us to Aspen. He took me on a beautiful hike, but the trail was crowded with people, and I noticed Blake was getting anxious. I was clueless as to why he felt the need to find a private place on the hike but I did not think much of it. Once we made it to Crater Lake, Blake took me to a gorgeous secluded area and proposed. We celebrated together on top of the mountain and then had a memorable dinner that evening.” - Lindsay

“I woke up early on a Sunday, as I usually do with my internal ‘teacher’ alarm clock, but was surprised to find Kelly already awake and watching TV on the couch. After noticing I was awake, he kept coming back and forth between the bedroom and living room to hug and kiss me, and generally being more affectionate than usual. I even asked him why he was being so weird, to which he replied ‘I’m not.’ About 10 minutes later as I’m still waking up, going through social media in bed, he comes into the bedroom with two shoeboxes, and says, ‘I got you some shoes.’ Now, Kelly does sweet things for me all the time – adorable cards or little gifts here and there – but this was a little out of the ordinary. But they’re shoes and what girl wouldn’t be excited about that! I open the first box and it’s a beautiful pair of black suede flats that I had been eyeing. I begin to try them on my feet and Kelly says, ‘I thought you might want to wear these to our engagement party.’ Not catching his drift at all, I continue to try on the shoes, to which I am interrupted by Kelly saying, ‘Jenna, I’m trying to propose to you right now!’ - Jenna

“AJ surprised me with on Valentine's Day weekend with a trip to Anguilla. One night after getting home from work, he told me to pack my bags, and the next morning we were on a flight to Anguilla. I didn't know at the time, but he had emailed my boss months in advance to clear the weekend. After we arrived in Anguilla, he kicked off the first night with a sunset cruise, and upon returning, the room was decorated with roses, and the corridor and bathroom were lined with candles. AJ proposed in the room, and then we had a private dinner on the beach following the proposal.” - Brittany

“He took me on a two-week vacation to Europe. The best part of the story is, he literally carried the ring around with him (even traveling between countries) for two weeks without me suspecting a thing, just waiting for the perfect moment. It was one of the last nights of our trip, and we were out to dinner at Le Jules Verne at the top of the Eiffel Tower. I had never been to Paris before, and had been really excited to see the city the entire trip. We had an amazing view of the city in our own little corner of the restaurant. Midway through dinner, Ryan asked our maître d' to take a picture of us. I remember him moving across the table and sitting down next to me, as if to pose for the picture. The next thing I knew, he was proposing! Of course, I was ecstatic and said yes! But I was absolutely stunned and my hands were actually shaking. Little did I know that Ryan had secretly put his camera on video mode and the entire proposal had been recorded, which was really amazing because we were later able to share the moment with our family and friends. It was the perfect ending to the perfect trip.” - Ashley

“He started off a scavenger hunt by awaking me with a poem and breakfast in bed that he made from scratch. He proceeded to send me on a mission through poems and clues to all of our favorite restaurants, bars, and spots in Los Angeles; including the spot of our first date, where we discovered the best guacamole in L.A., and our favorite sushi restaurant. He ended up proposing at Inspiration Point at Will Rogers State Park. We finished up our night in true fashion by going to a concert.” - Nishita

Read stories about grooms finding the perfect ring and find out whether a public or private proposal is right for you.

Striking Styles for Your Girls from THEIA Bridesmaid Spring 2018