Whether you've had your first dance song picked out months or even years before your nuptials, or you have no idea where to start, one thing is true: The song chosen for your first dance will always hold a special place in your heart throughout your marriage. While some couples choose an upbeat song, most pairs select a ballad or love song that will bring tears to the eyes of every guest in attendance. There are some timeless classics that seem to be at the top of many couples' lists of first dance song ideas, but plenty of duos select more modern-day melodies that are special to them whether they stand the test of time or not.

To gather some first dance song ideas, we looked to the tunes chosen by couples featured in the 2019 issues of Inside Weddings. More than one duo chose the 1950s song "The Way You Look Tonight" by Tony Bennett for their first dance, 1960s love songs "Can't Help Falling in Love" by Elvis Presley and "Can't Take My Eyes Off You" by Frankie Valli, as well as the 1970s hit "You're My Best Friend" by Queen. “You Are the Best Thing” by Ray LaMontagne from the 2000s continues to be a top favorite and "Perfect" by Ed Sheeran and "Best Part" (featuring H.E.R.) by Daniel Caesar are new popular options. While most of the choices from this year's couples were released in the 2000s and 2010s, many pairs decided to dance to favorites from the 70s, 80s, and 90s, as well as popular choices by crooners of the 1950s and 1960s. 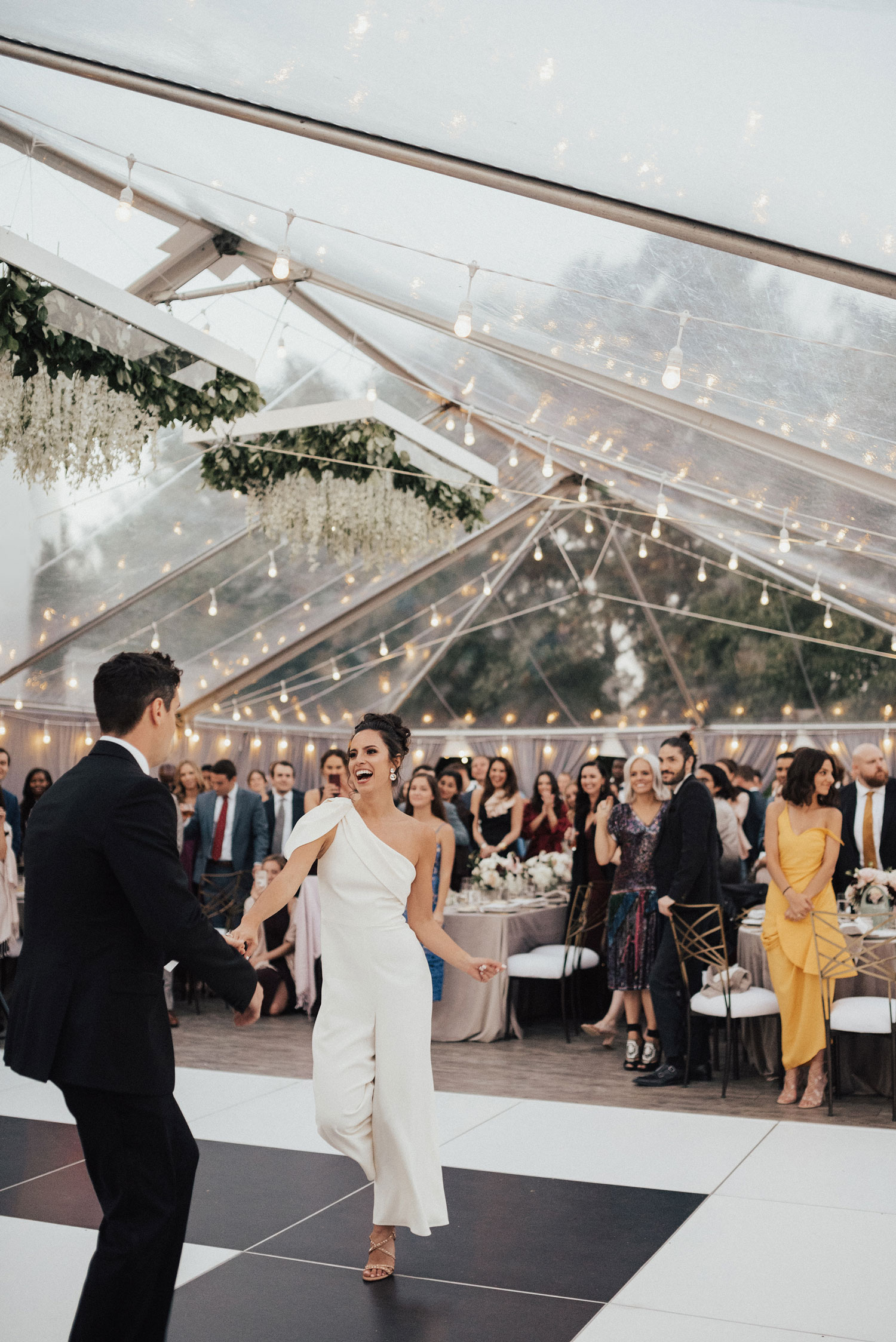 For more ideas, take a look at first dance songs from the 1950s and on chosen by real couples featured in the 2019 issues of Inside Weddings, below:

"What a Difference a Day Makes" by Dinah Washington

"Forever Mine" by The O'Jays

"You're My Best Friend" by Queen

"You Are So Beautiful" by Joe Cocker

"If This World Were Mine" by Cheryl Lynn & Luther Vandross

"Make You Feel My Love" by Bob Dylan

"I'll Be" by Edwin McCain

"The Power of Love" by Celine Dion

"So High" by John Legend

"One Woman" by Randy Rogers Band

"Let It Be Me" by Ray LaMontagne

"Is That Alright?" (from A Star Is Born) by Lady Gaga

"Day One" by Tamia

"Is This Love" by Corinne Bailey Rae

"You Matter to Me" (feat. Jason Mraz) by Sara Bareilles

For more ideas, see the most popular songs from 2018, discover instrumental versions of pop songs perfect for the ceremony, gather ideas for an upbeat father-daughter dance song, and view past issues of Inside Weddings!

7 Steps to Planning a Multicultural Wedding