When Callie Wamsley and Chase Langhorne first met, it wasn't love at first sight. In fact, the pair saw each other a couple times with mutual friends, became good friends, and eventually started a relationship. They moved to Charlotte, North Carolina together, where they still reside, and got engaged two years later. "I'd say the most memorable thing about our first meeting is that we didn't necessarily click immediately," smiles Callie.

In the midst of planning their May 2019 wedding, the couple chose to have engagement photos taken that reflected their personalities. "I'm most at 'home' in the kitchen. It's the place I unwind and my favorite outlet to be creative. As a child, I would prefer to watch Ina Garten or Giada over cartoons any day," shares Callie. "Fast forward 15 years and I'm even more passionate about cooking... A week after Chase and I met, he came to a dinner party I hosted with my roommates. Our love affair with each other – and food – launched from there." 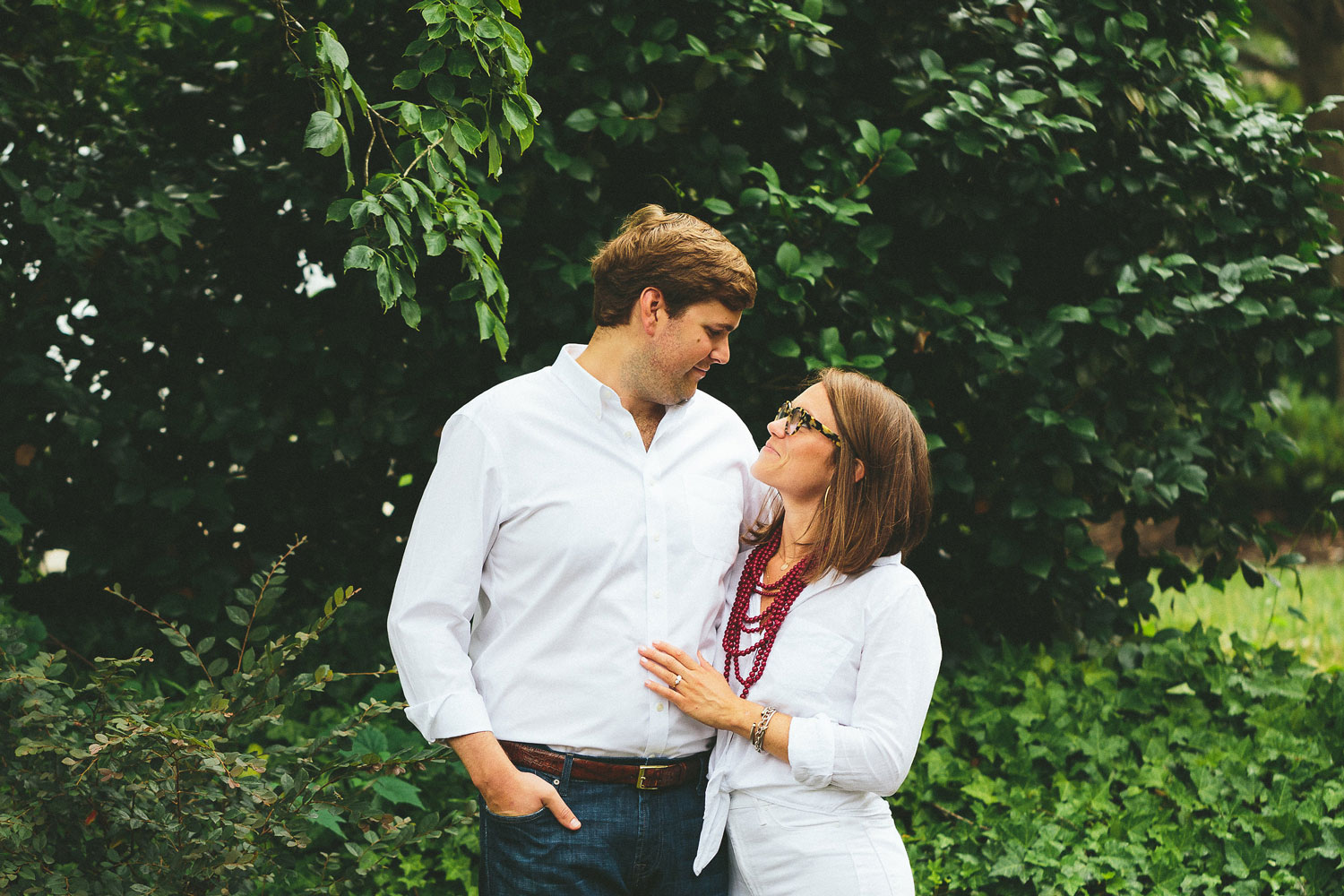 Since the bride- and groom-to-be cook together at least five nights a week, they chose to showcase their "norm" in their engagement photos. Instead of staged shots, the pair worked with their photographer to capture them in their true element as they prepared a four-course meal throughout the shoot. "The most memorable moment of the shoot was us taking time to sit down and drink our coffee and tea together... I love that Remy was able to capture the hustle and bustle of the cooking but also a time out, if you will," smiles Callie.

Take a look at photos from this couple's sweet at-home engagement session, below! 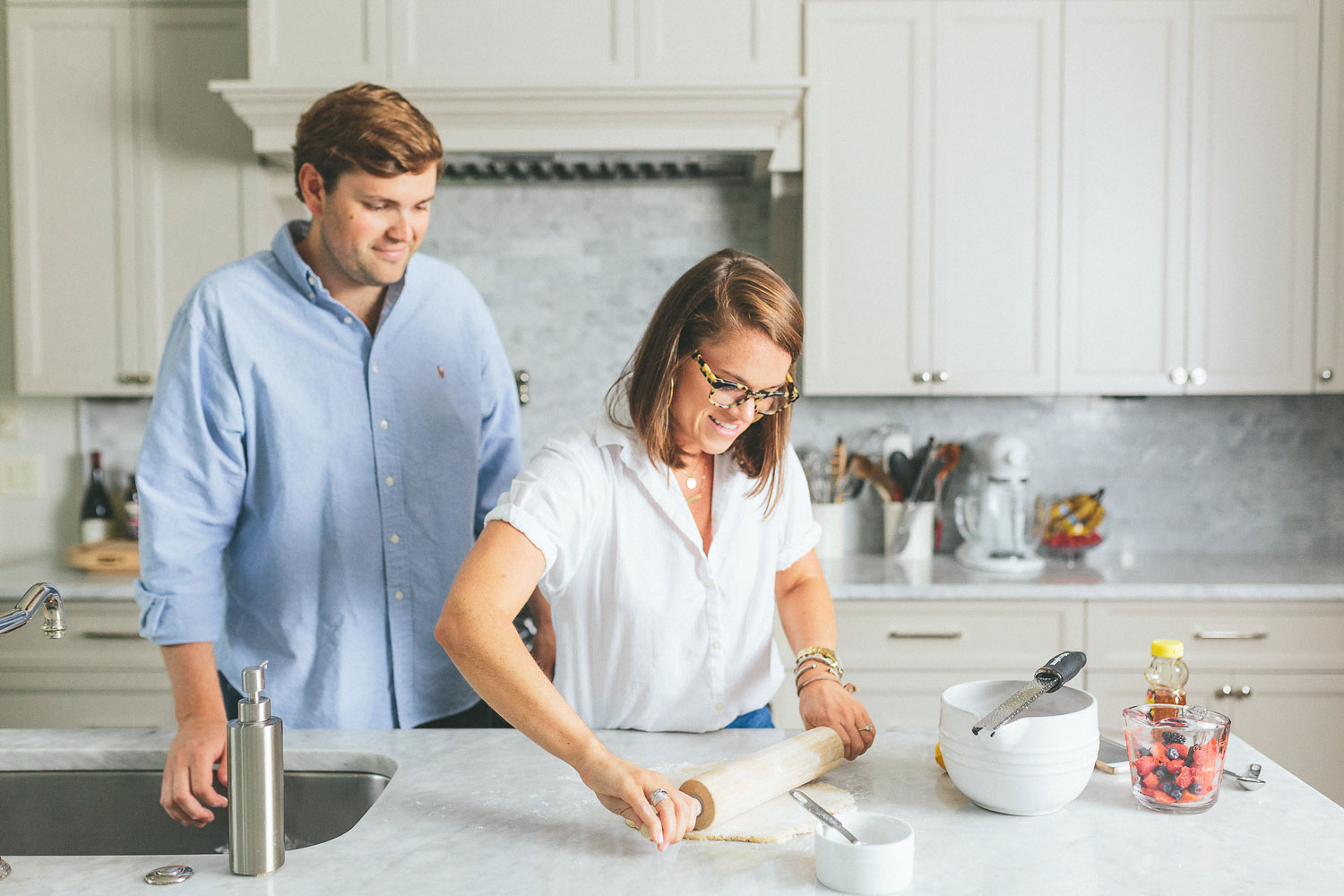 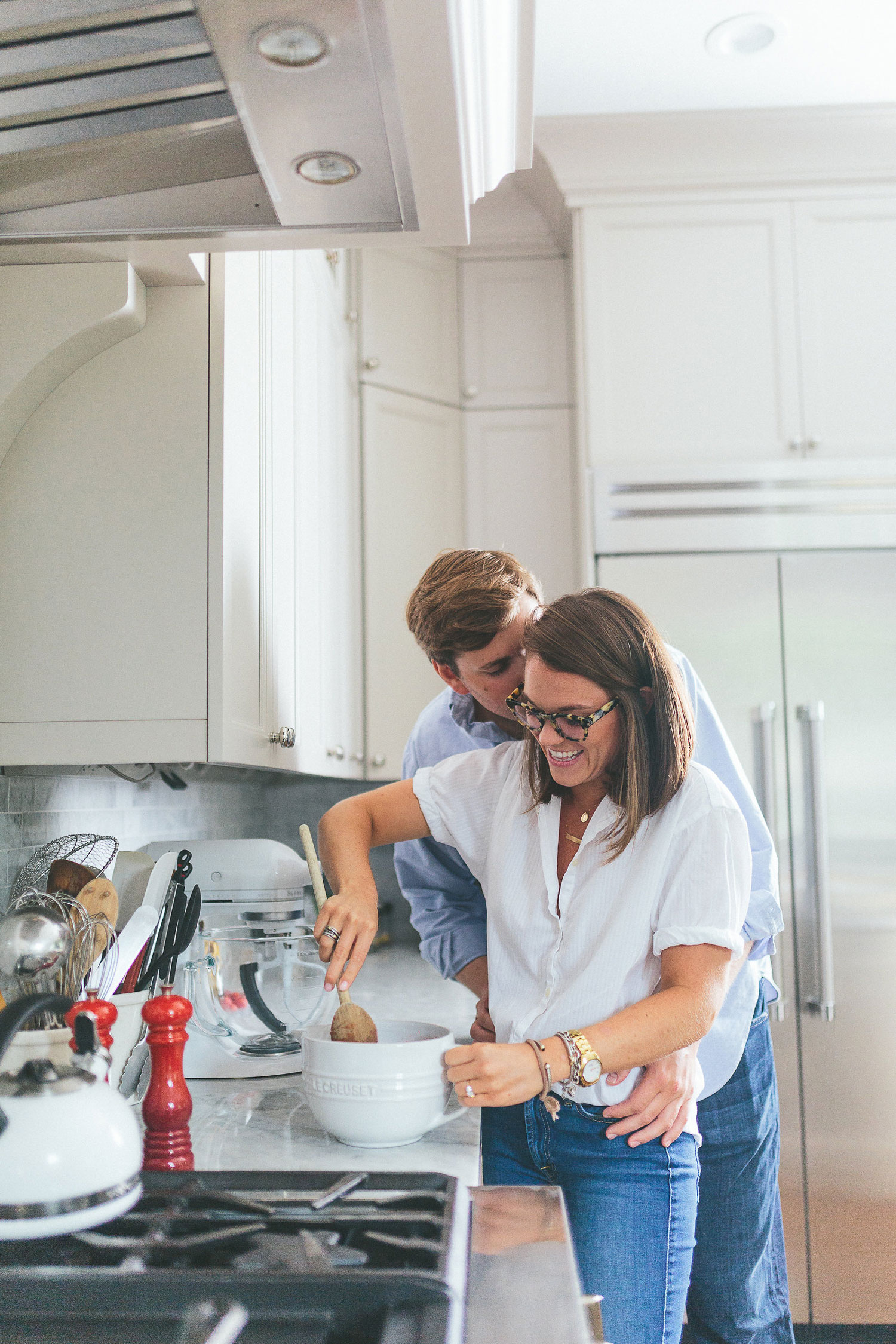 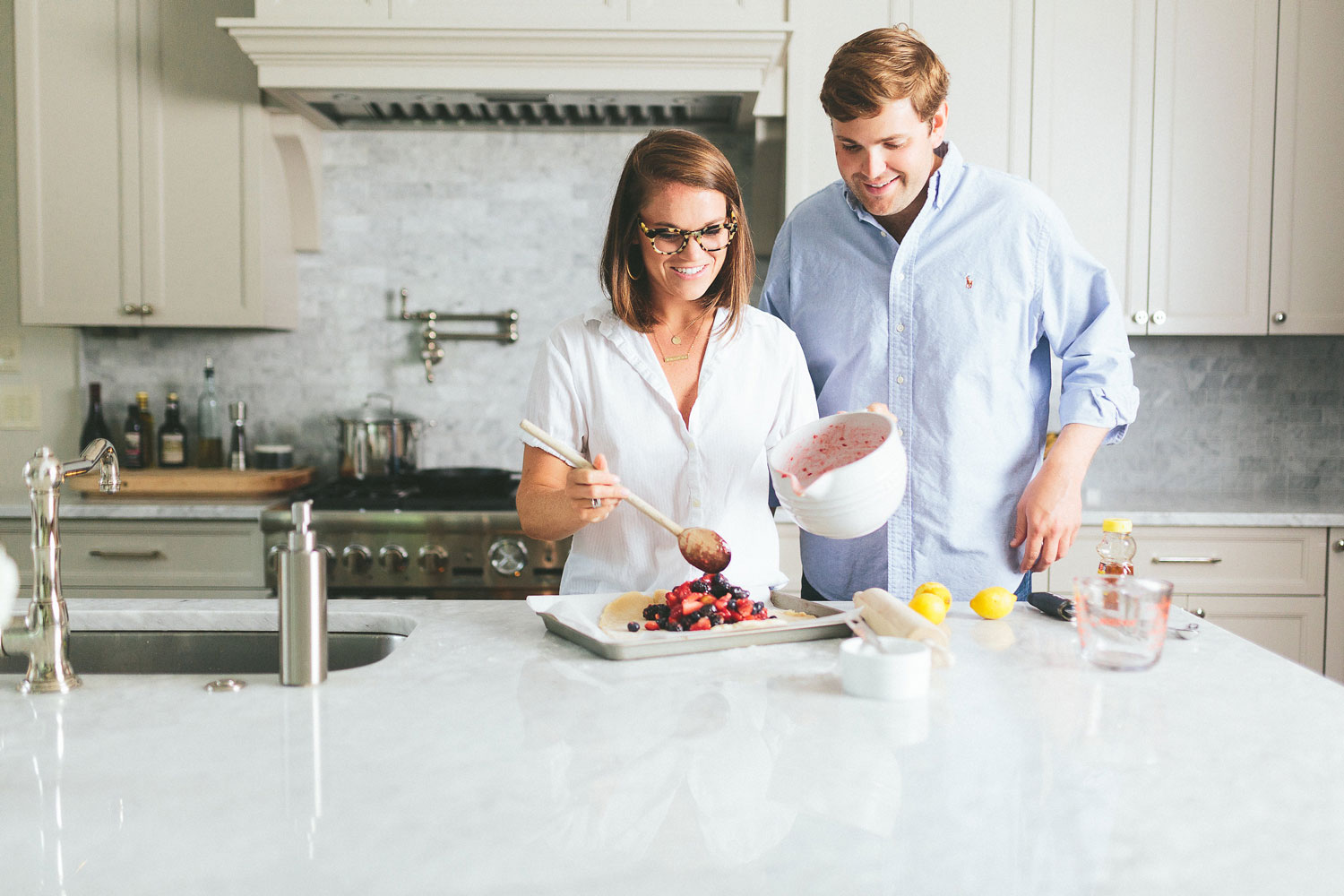 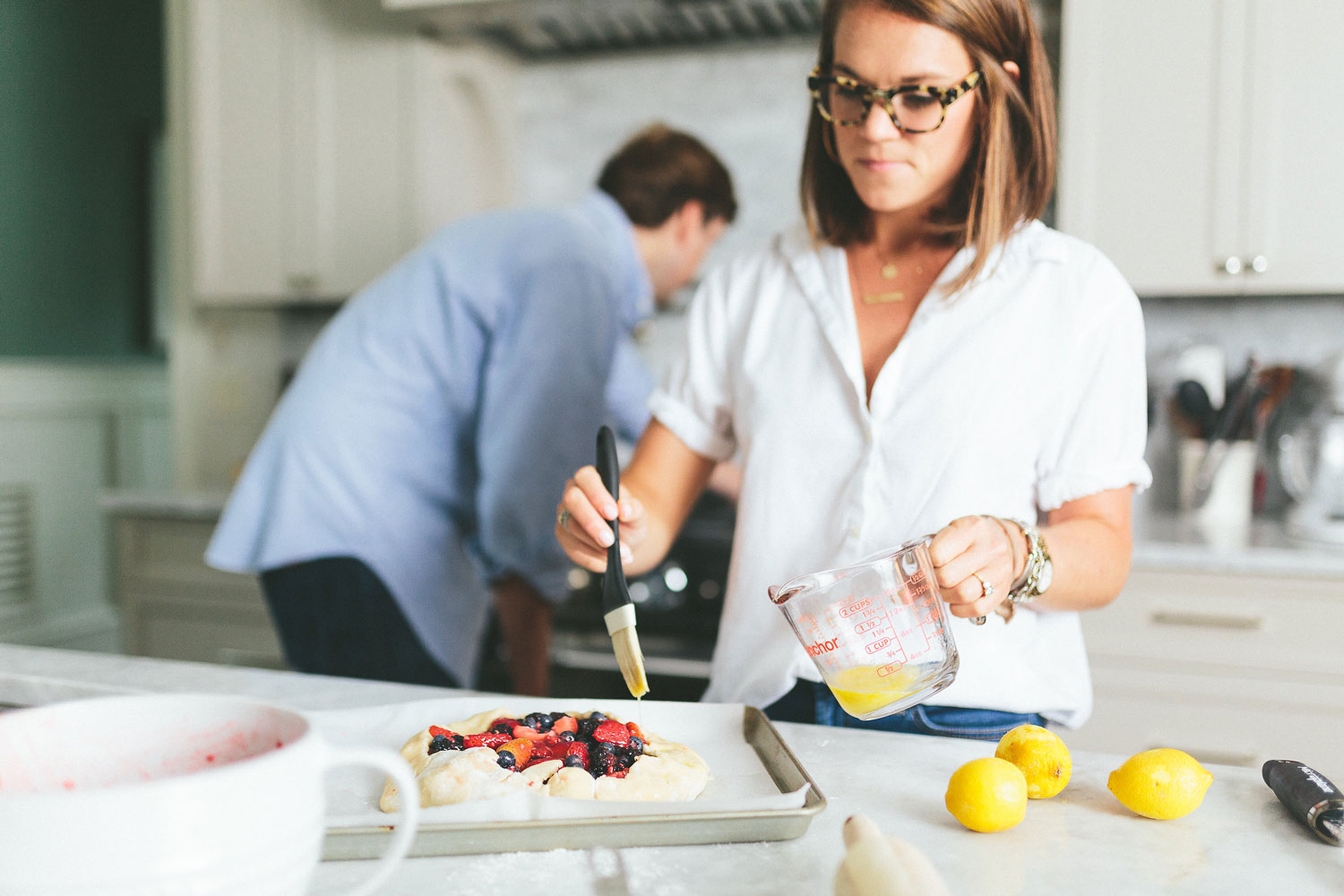 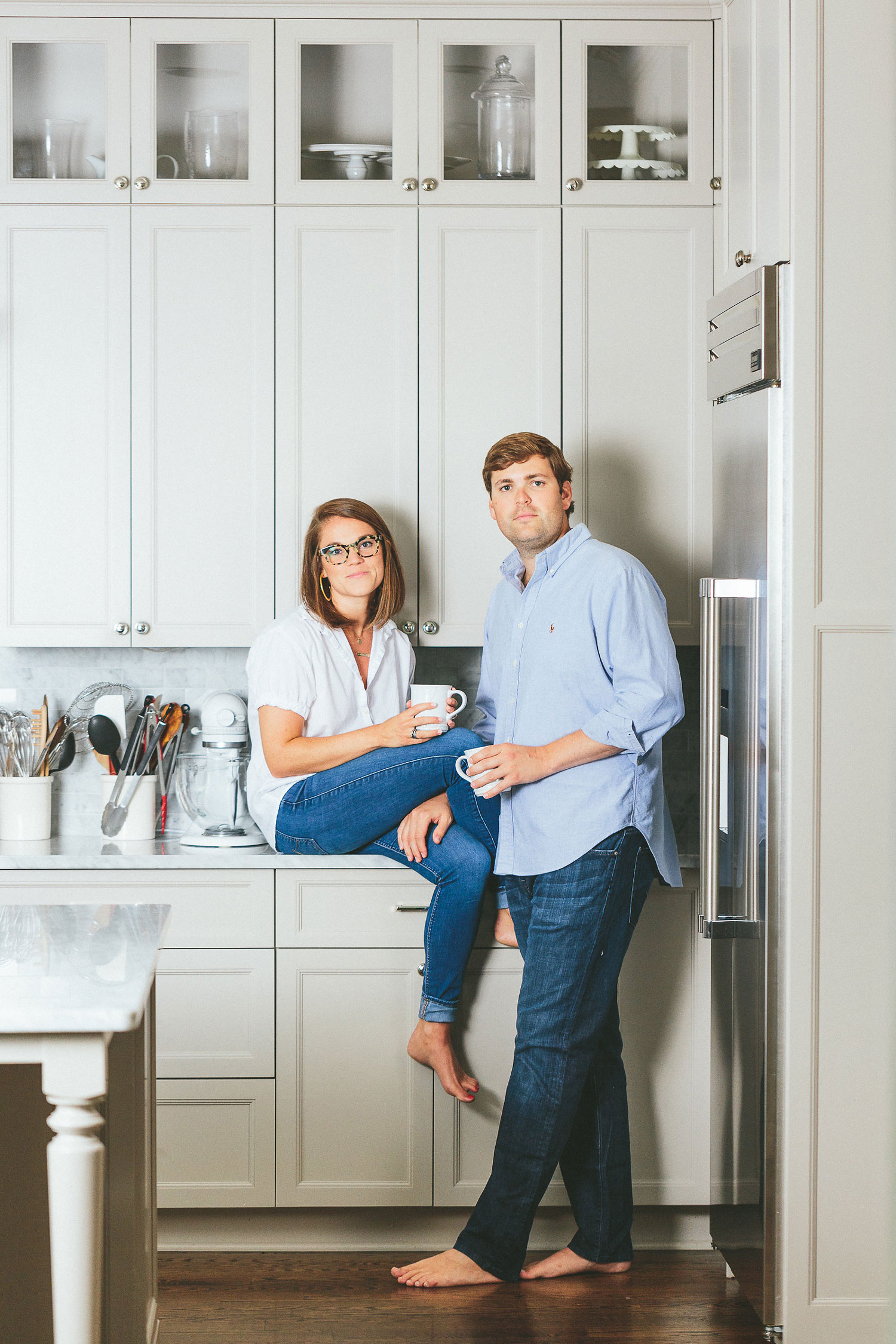 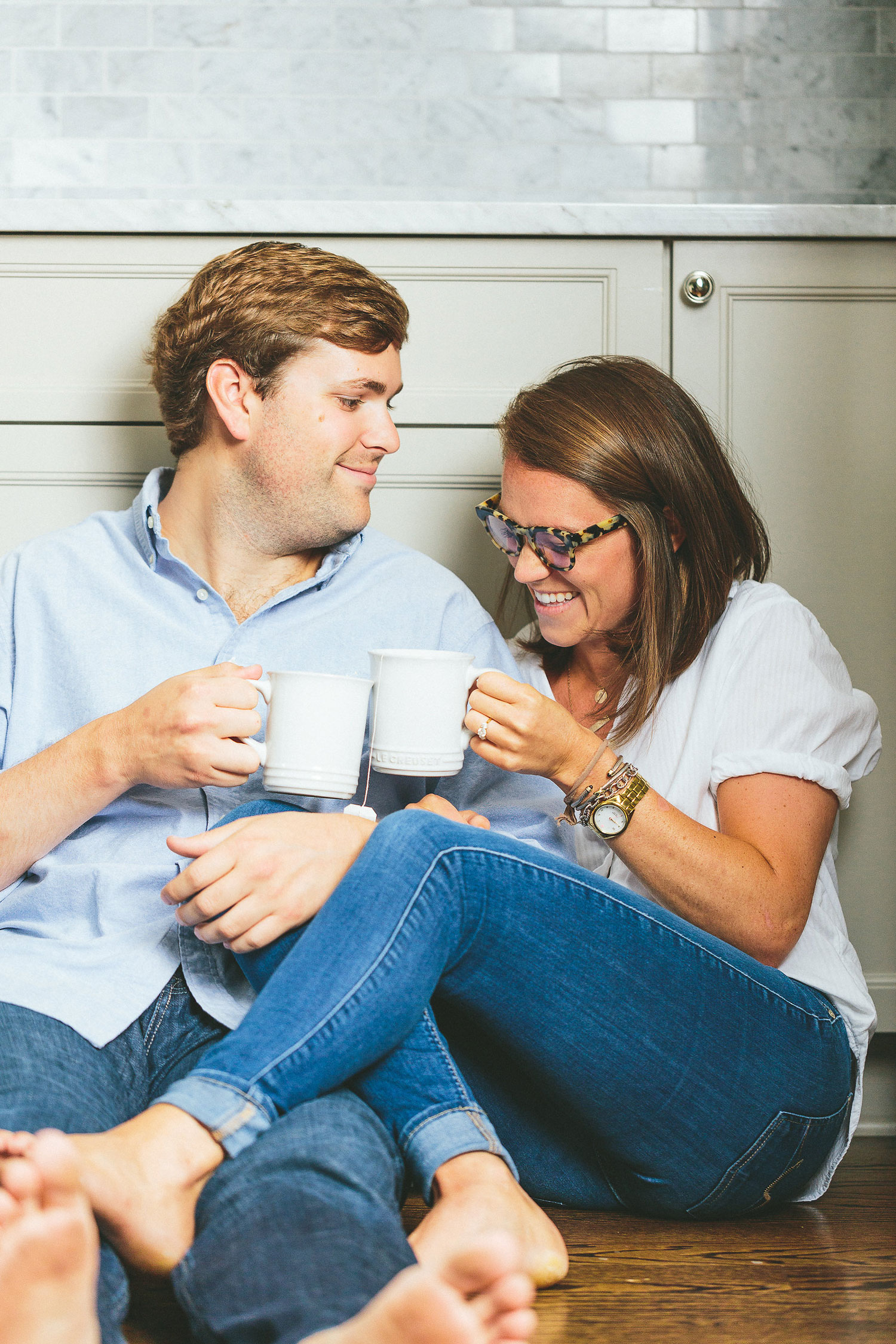 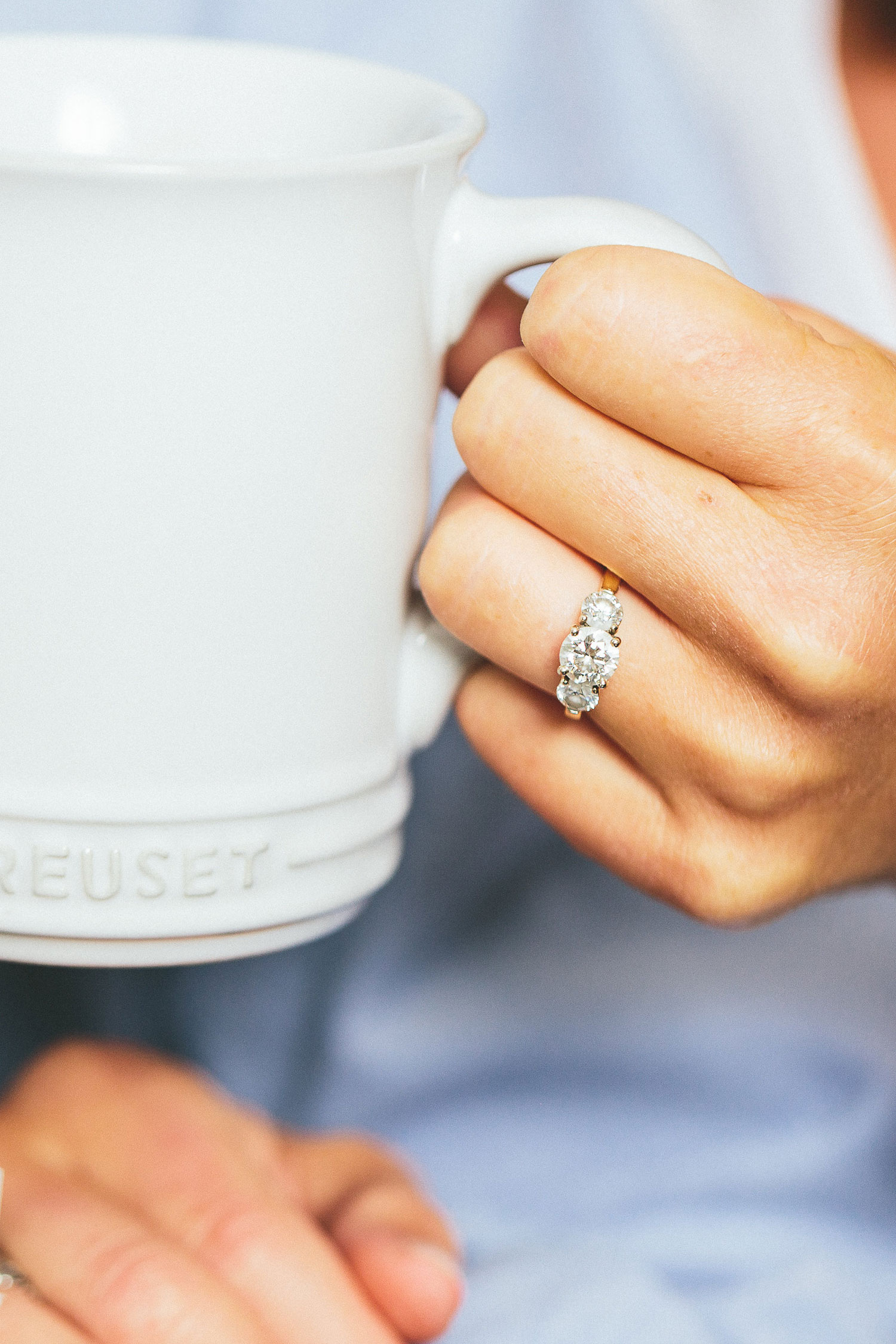 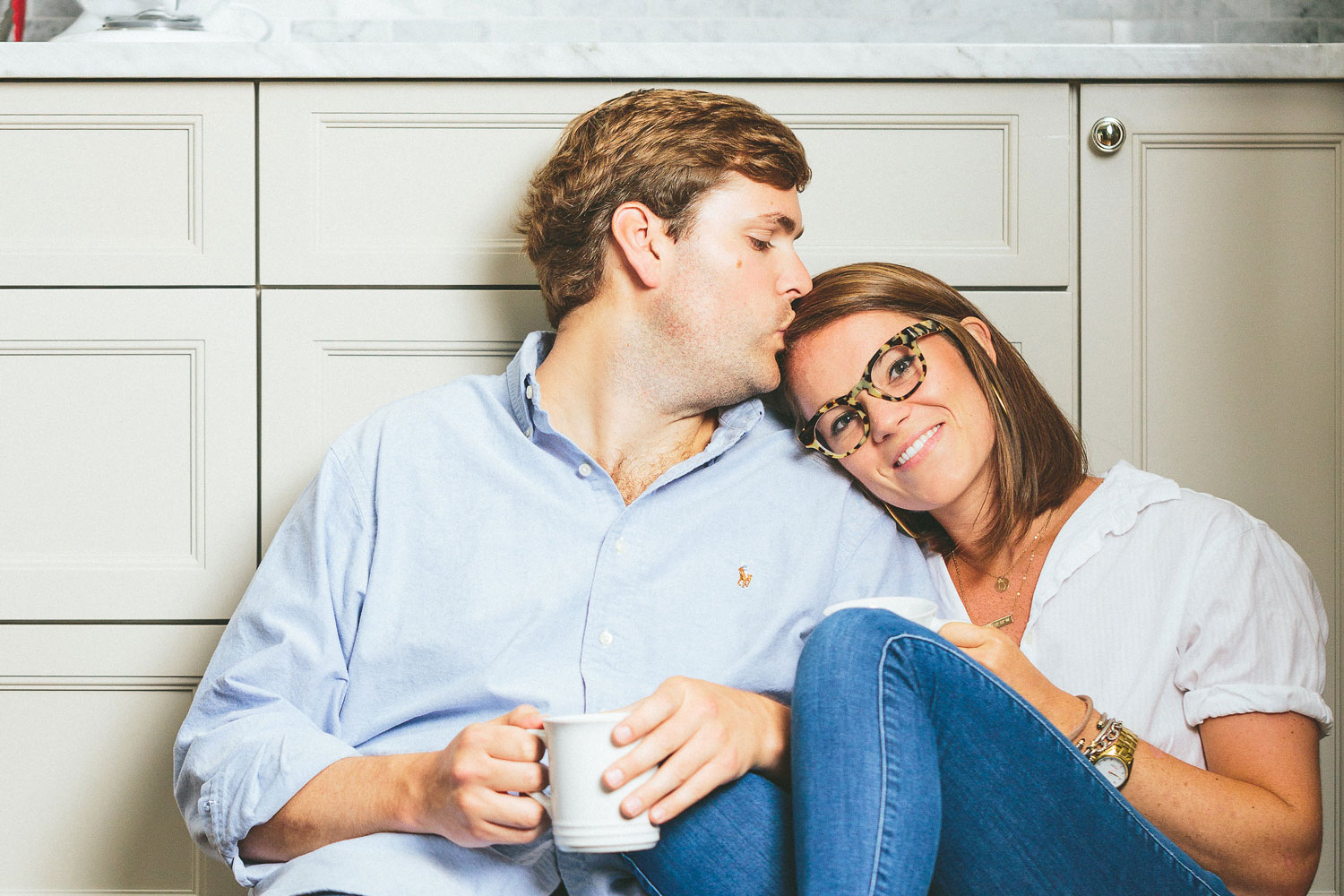 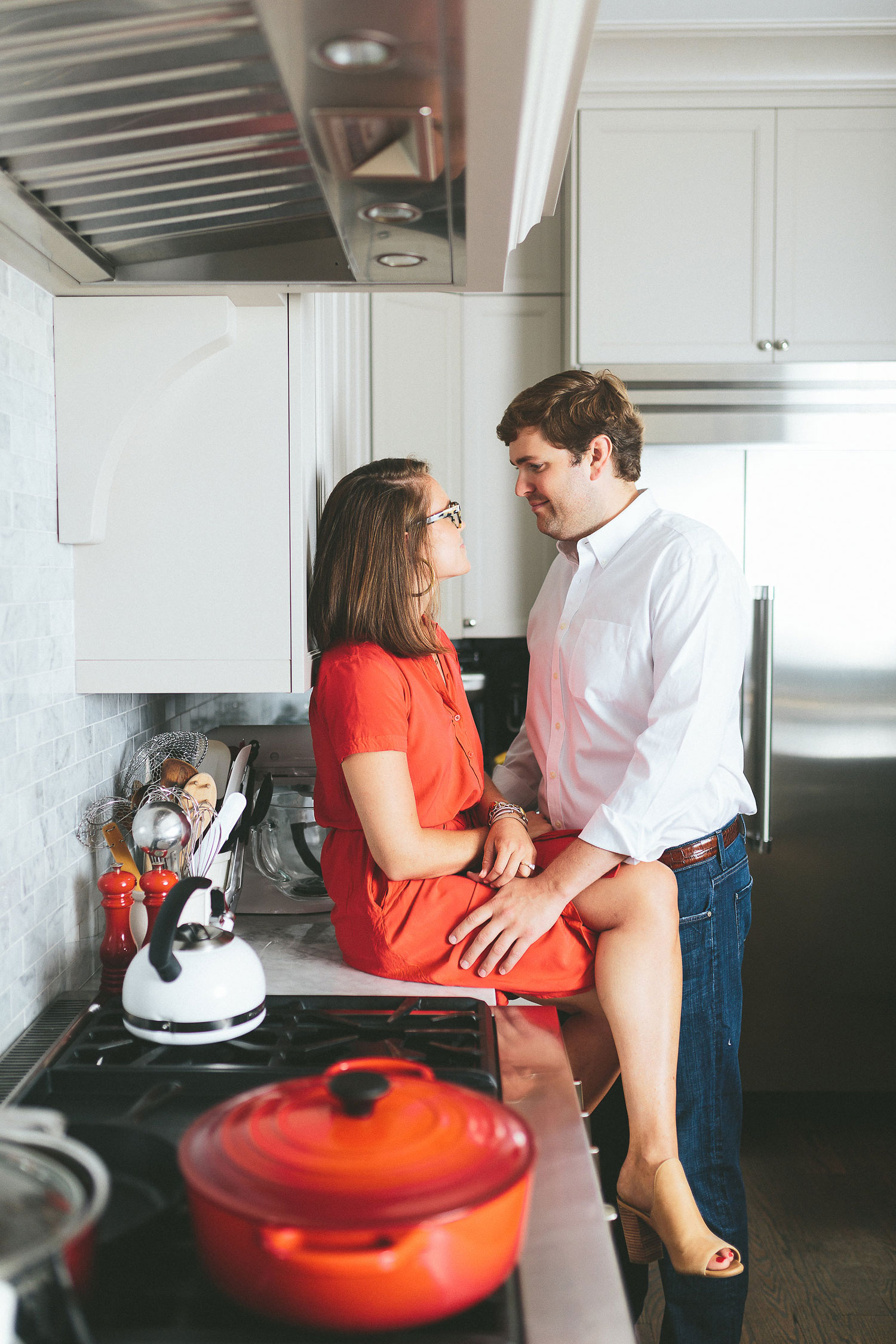 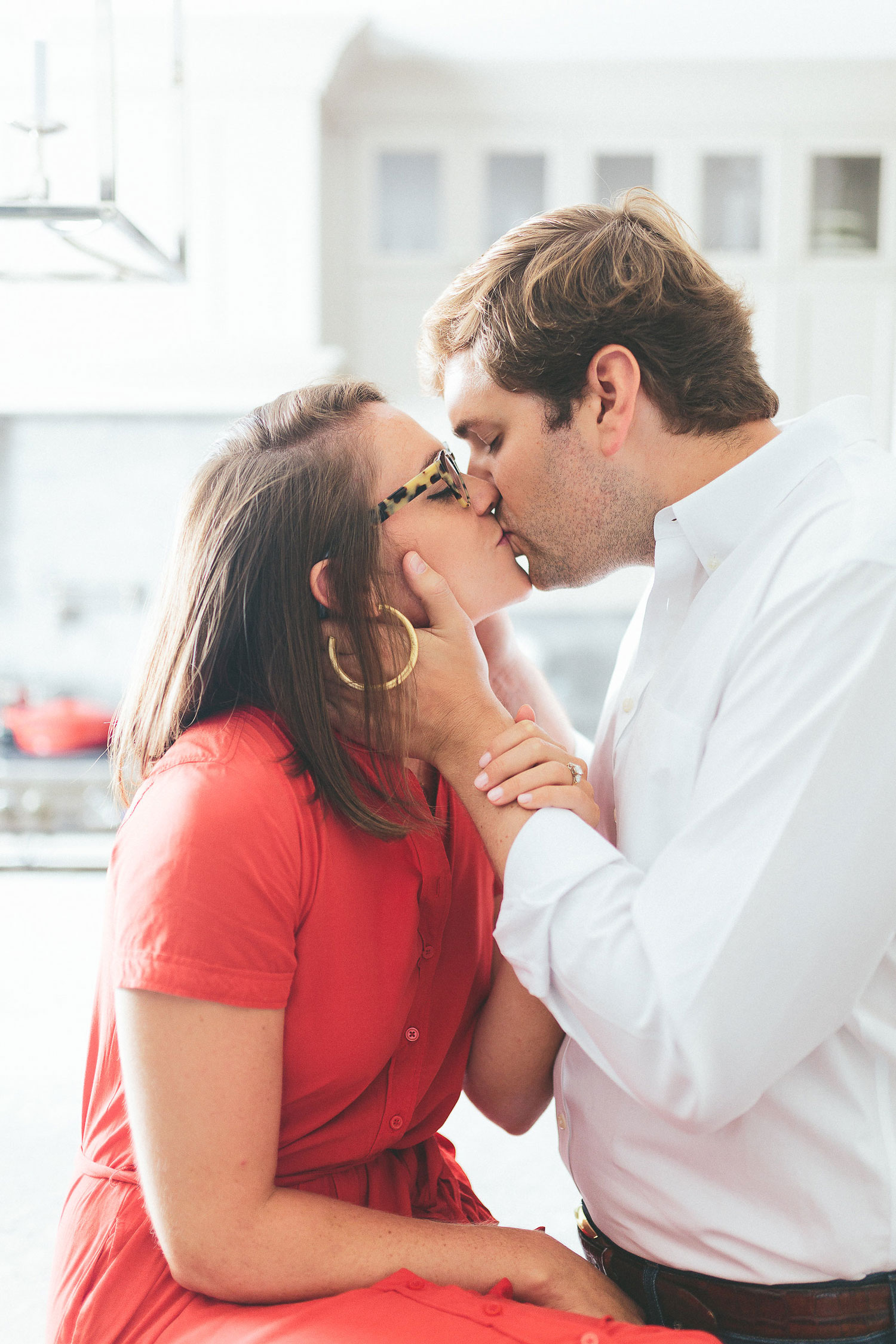 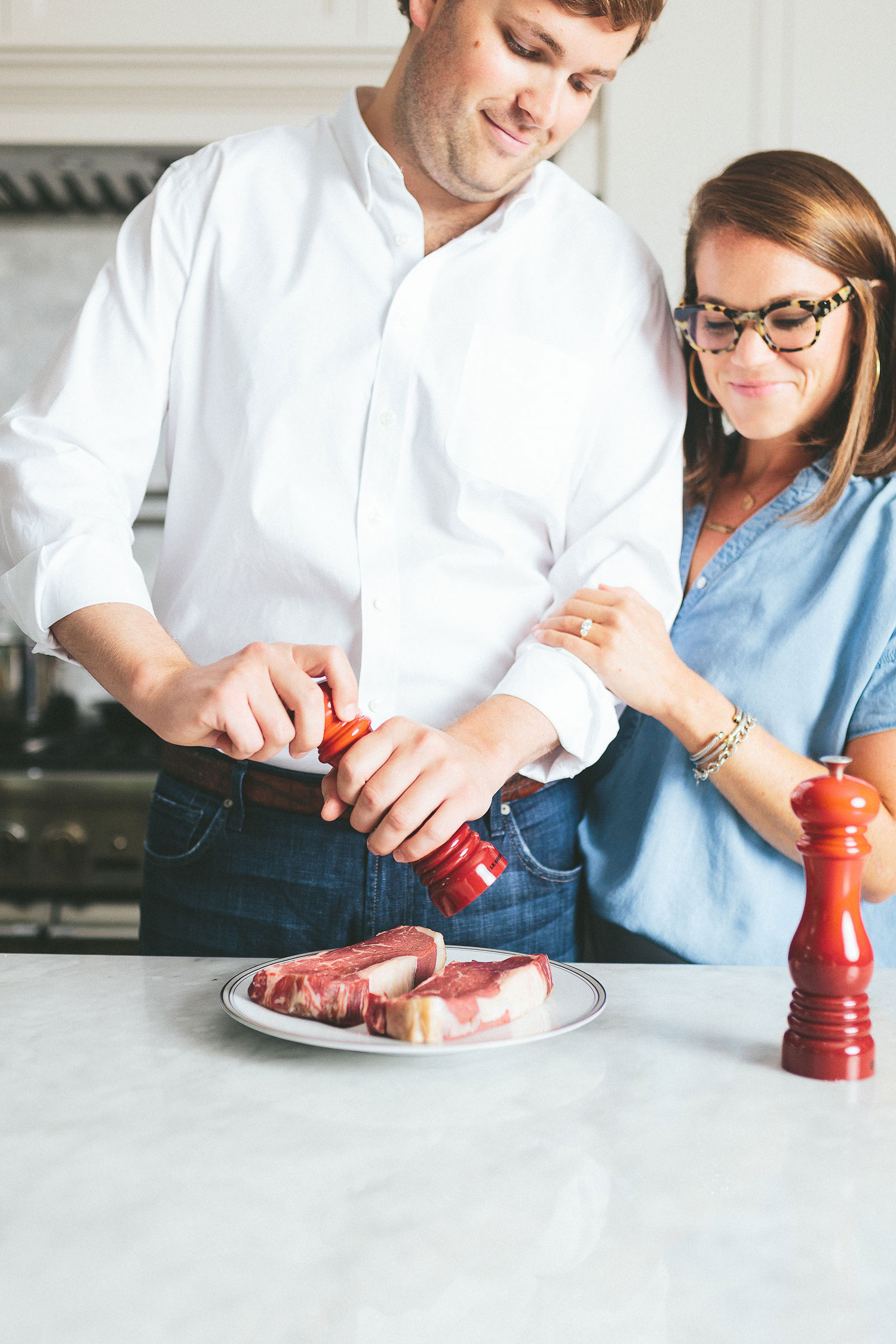 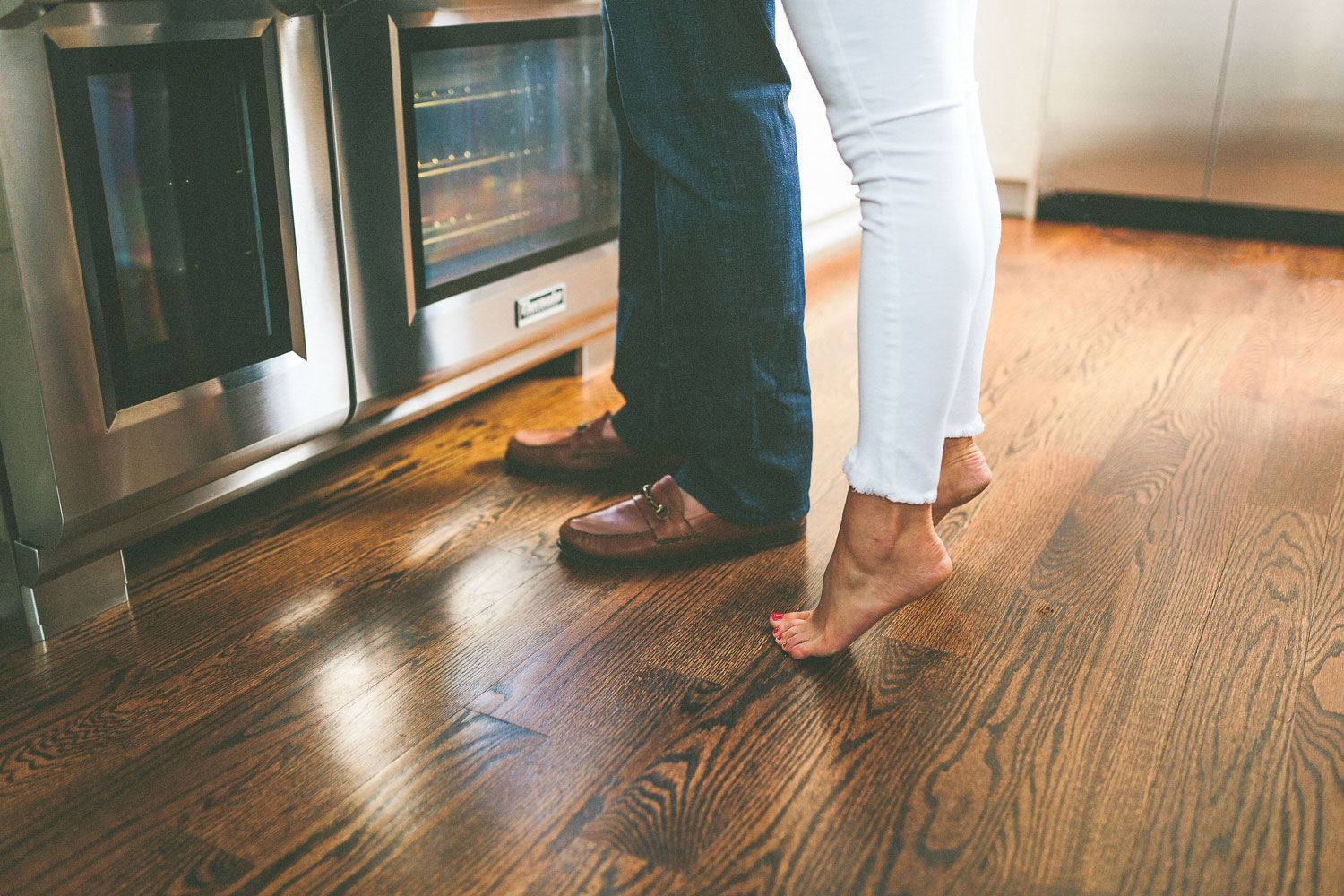 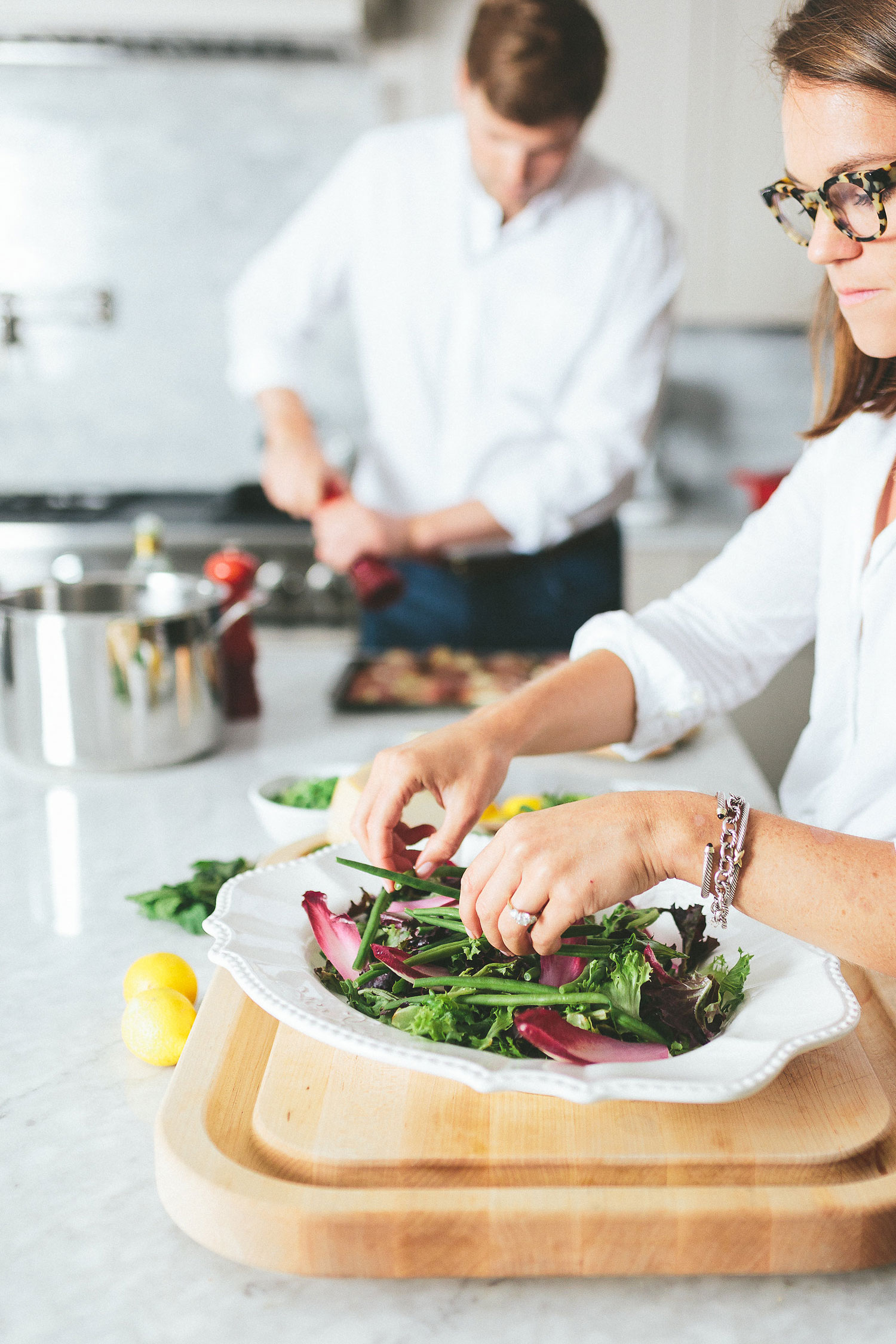 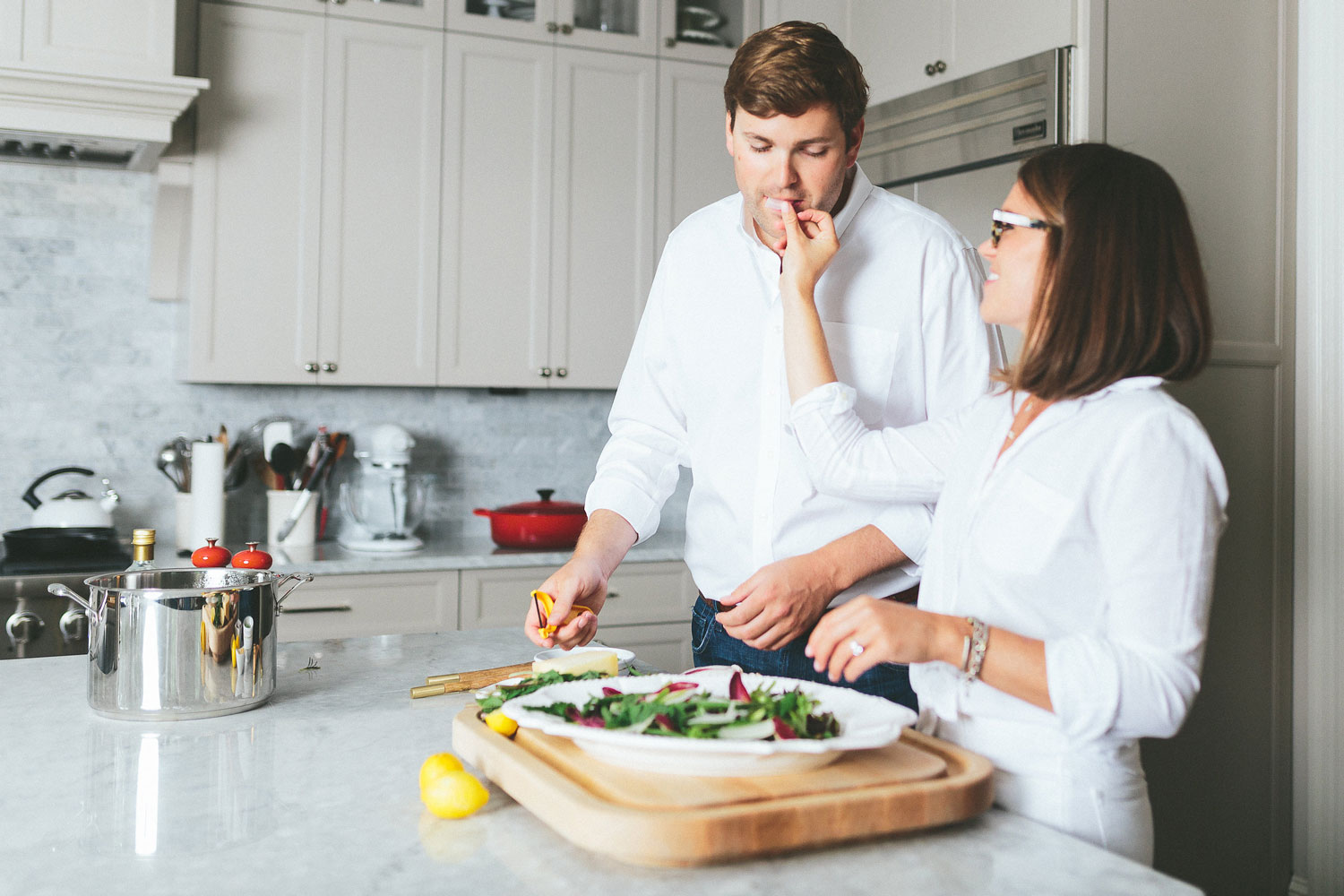 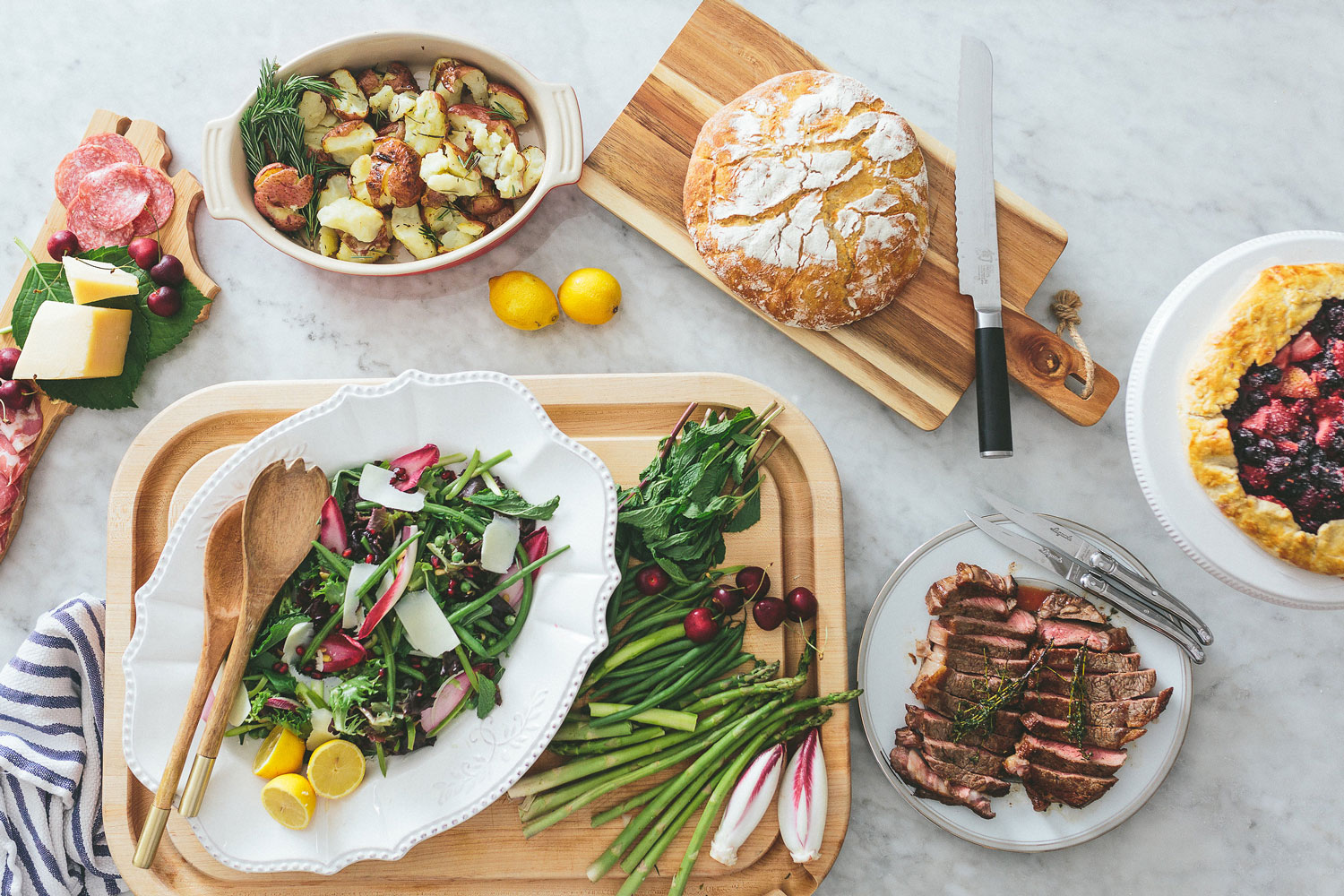 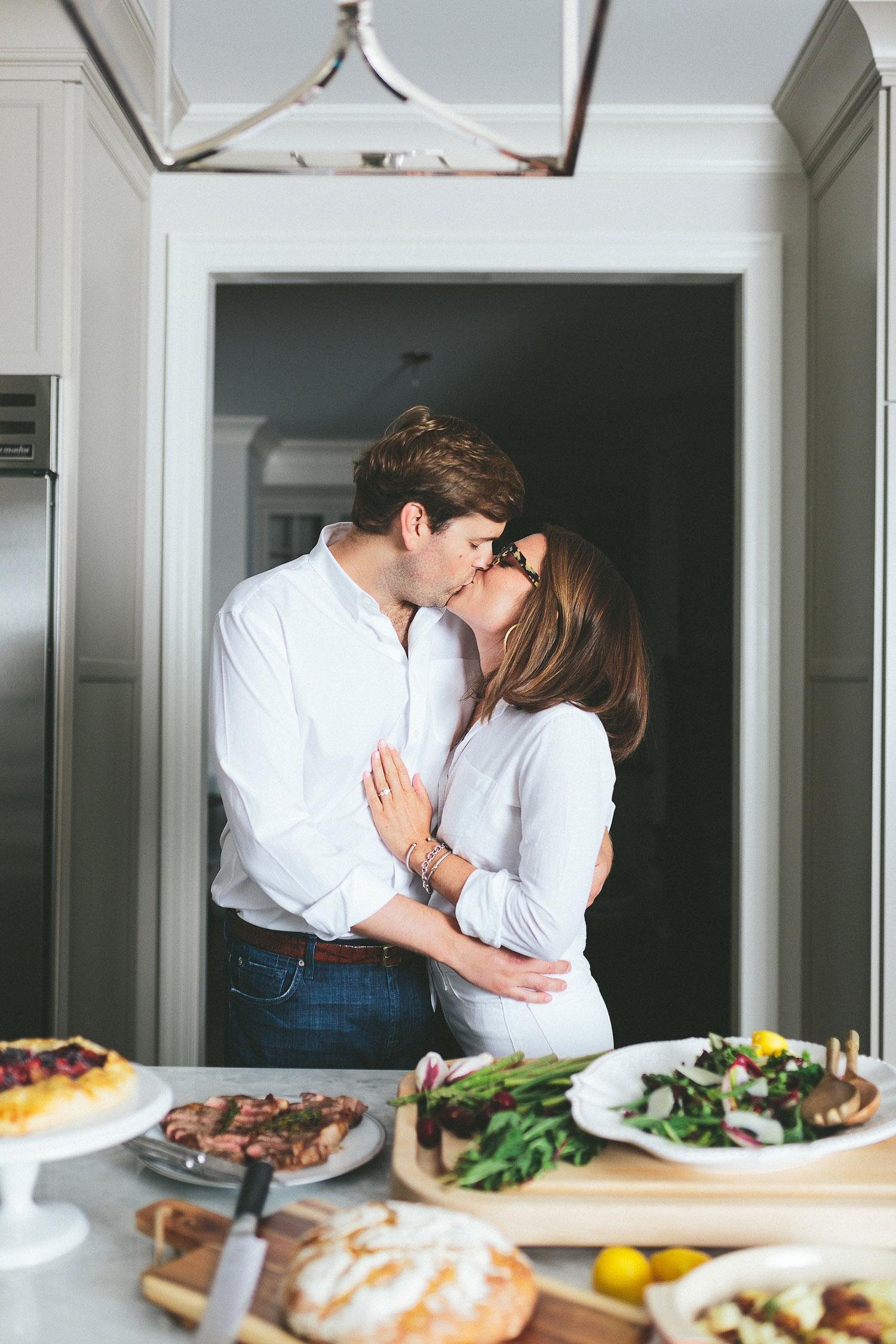