When Ebony LaDelle first met Ajit Aryal during their sophomore year of college, the first thing the bride-to-be noticed about him was his arrogance – "I didn't trust his charm for one second!" she laughs. Ajit remembers, "I wasn't used to a girl who was so laser-focused on her career that she didn't care about getting attention from a guy. It's what kept me interested." They later started a beautiful relationship, which culminated in a proposal overlooking the city. "With a panormaic view of New York, we were able to take in the place where our love unfolded," shares the groom-to-be. 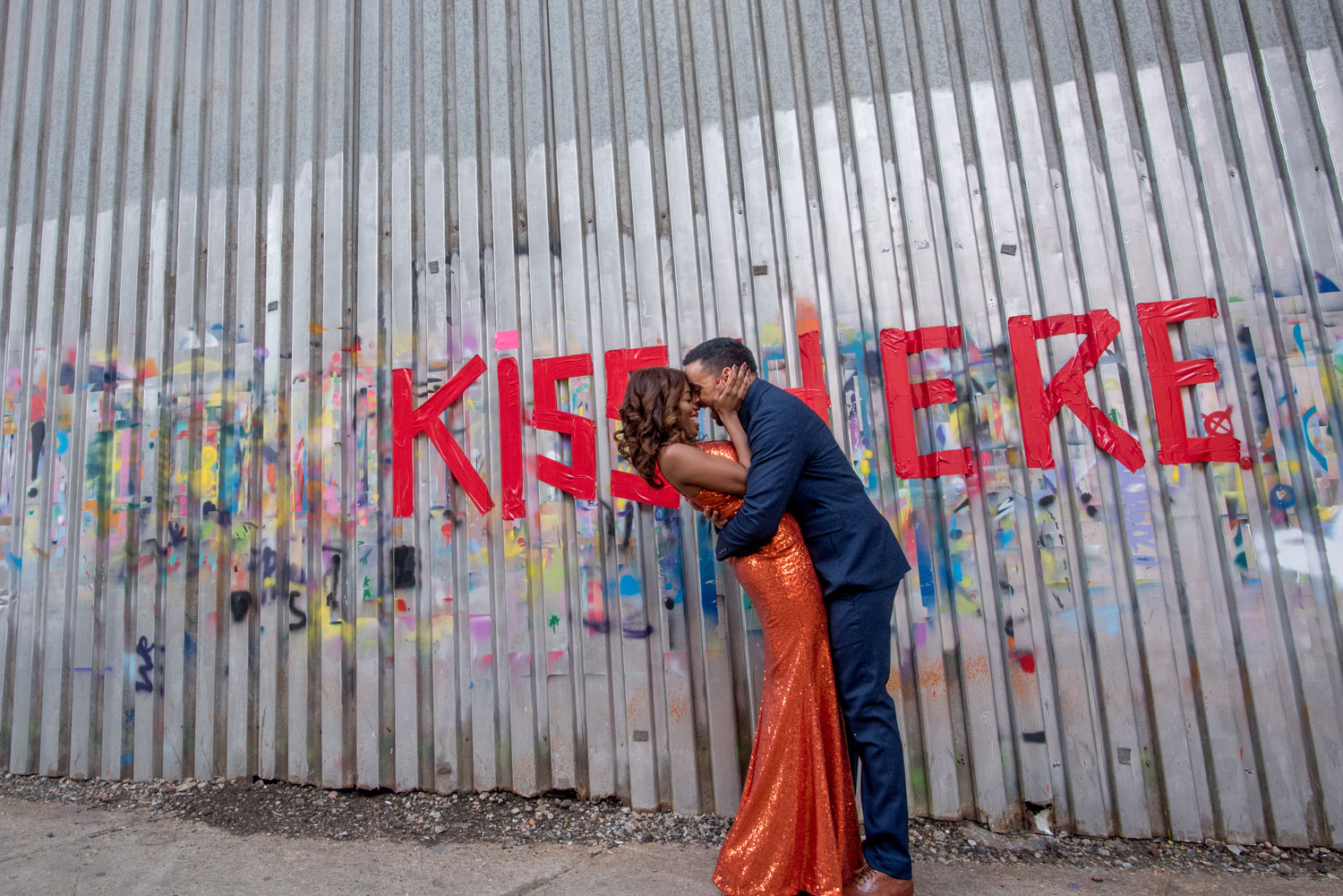 Prior to their upcoming nuptials in March 2018, the couple asked Kesha Lambert Photography to capture their love in the city they adore so much. They chose Dumbo – a trendy neighborhood in Brooklyn – as the site of their session. "We have history and love for Dumbo, as does anyone in Brooklyn with a beautiful love story. Everyone has had a romantic night or moment there," shares the couple. Their choice of locale also allowed them to take photos in front of the iconic carousel, Brooklyn Bridge, and raw, urban setting. "We were both born and raised in major cities, so we wanted to incorporate that as a reflection of our roots and personalities," they share. Their last shot of the day was in front of the "Lotus Woman," which was their favorite moment of the day. "We are so thankful our photographer found this gem! We were ecstatic with the way it turned out.

Take a look below to see photos from their city e-session that captured their good spirits, playful nature, and love for one another. 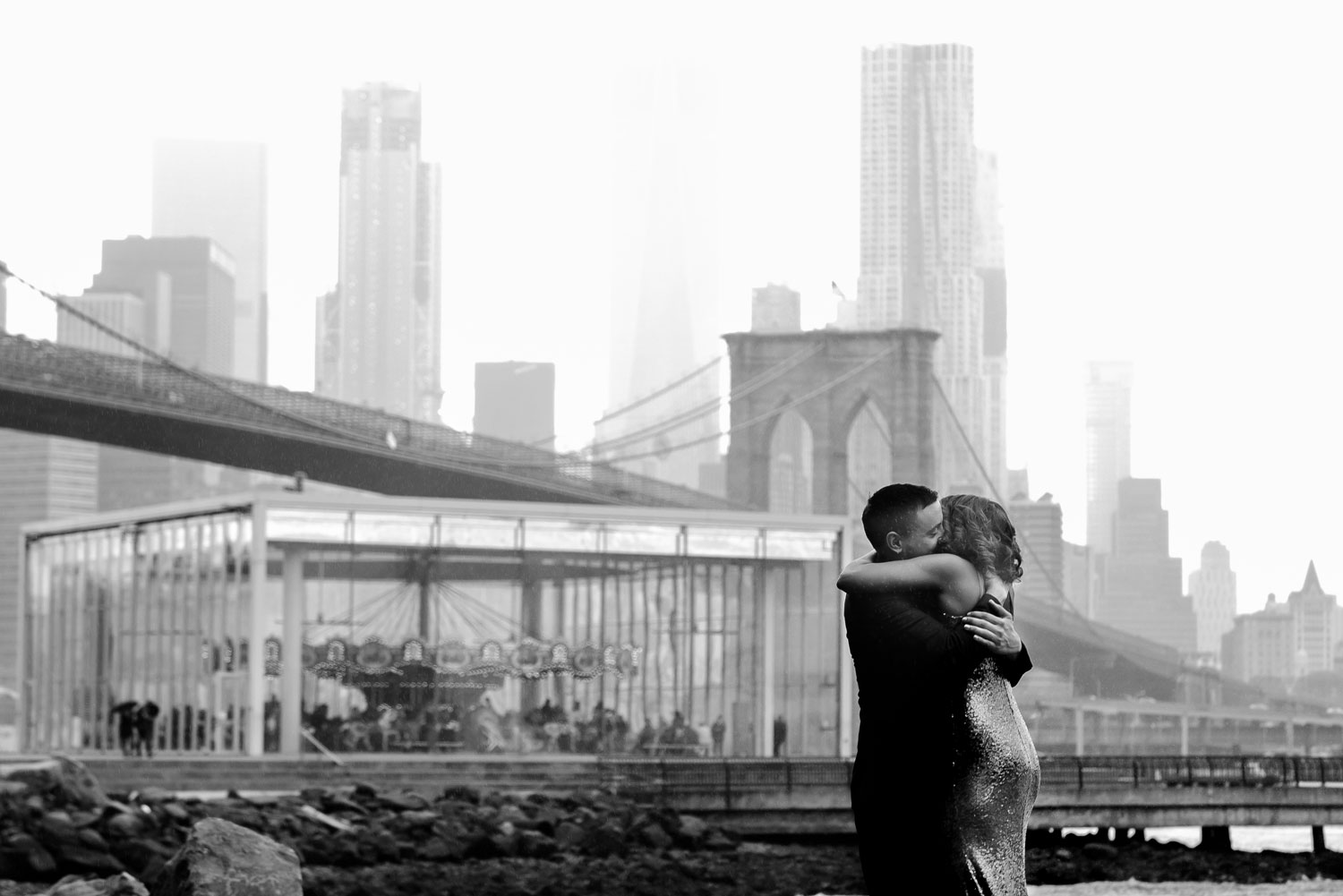 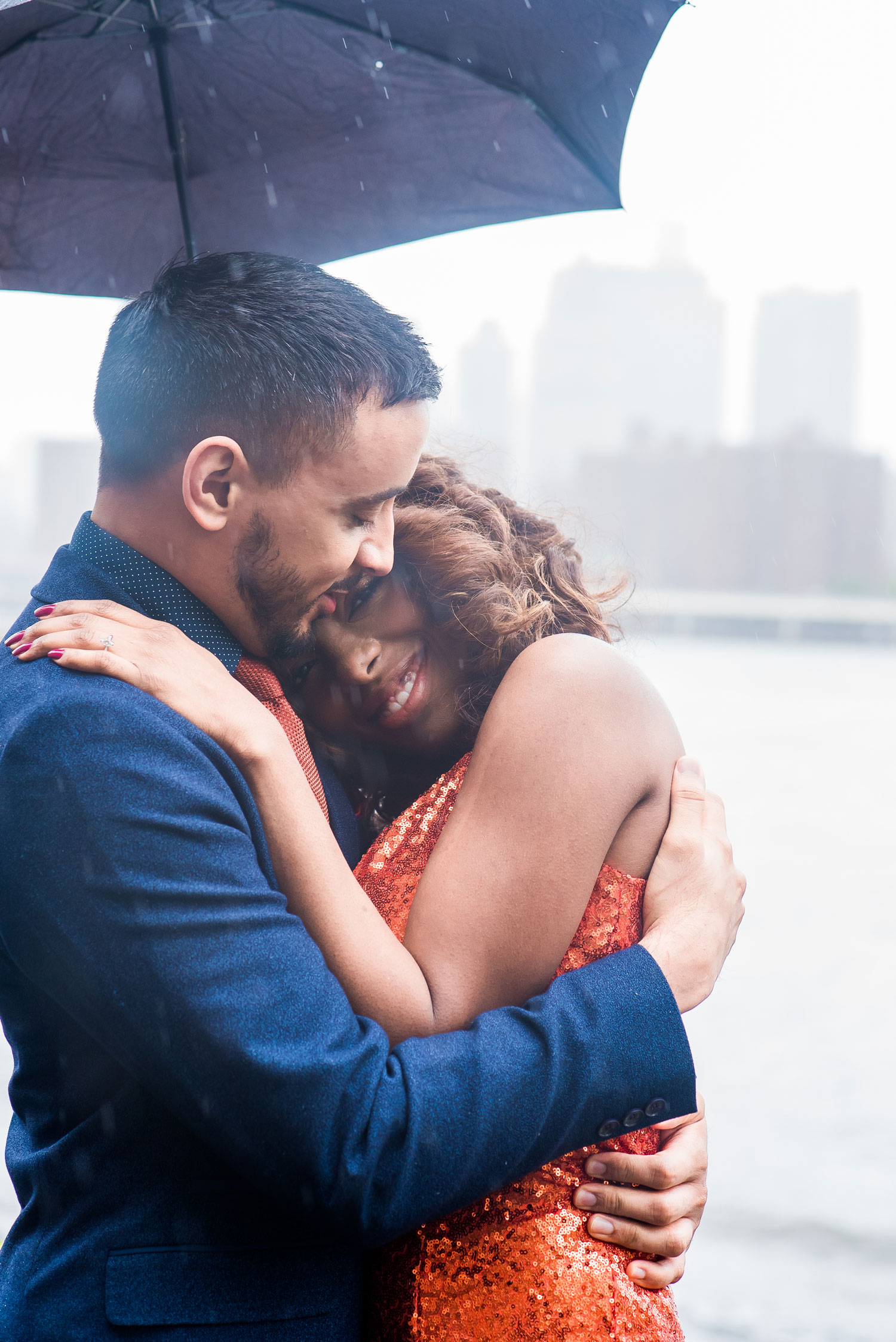 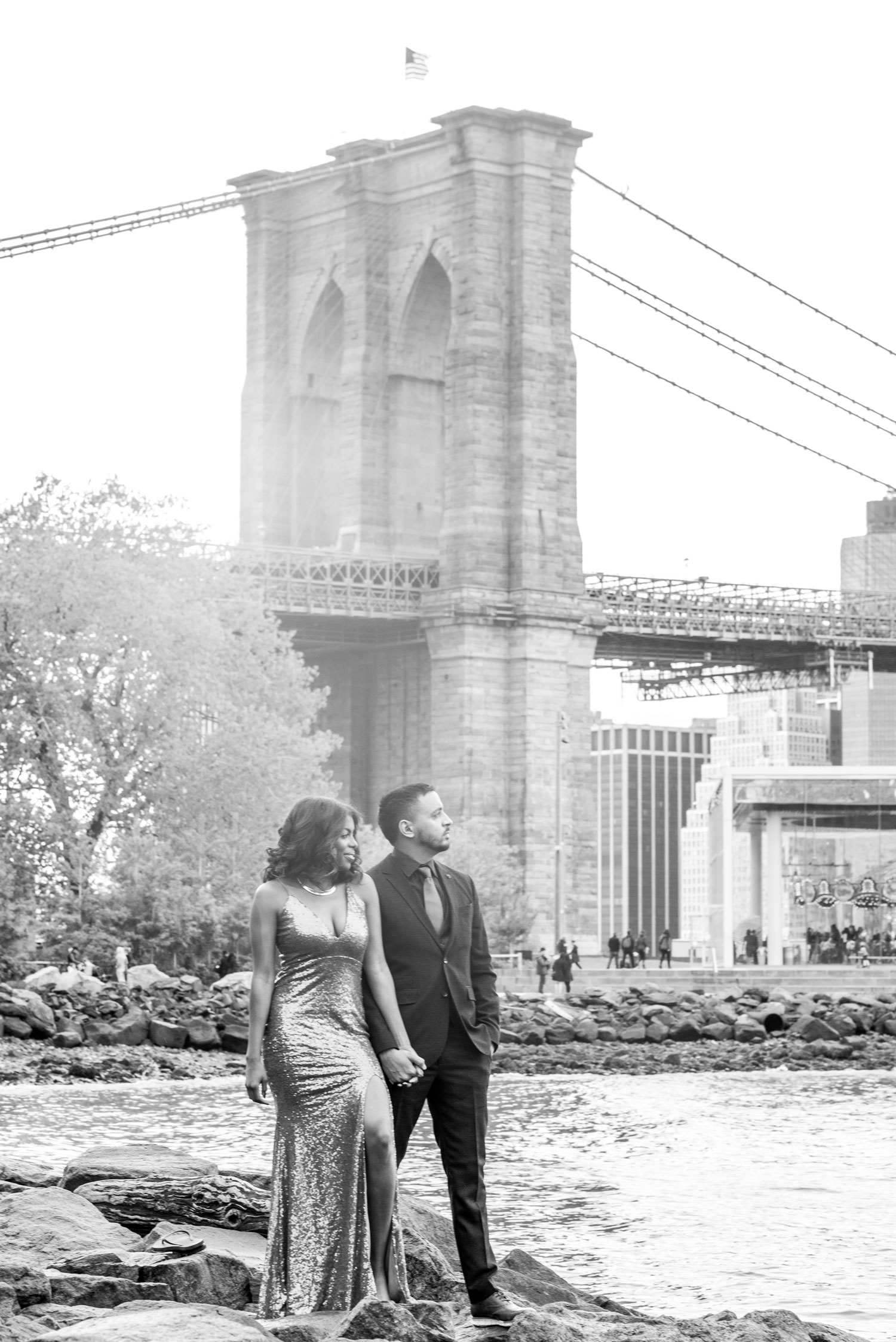 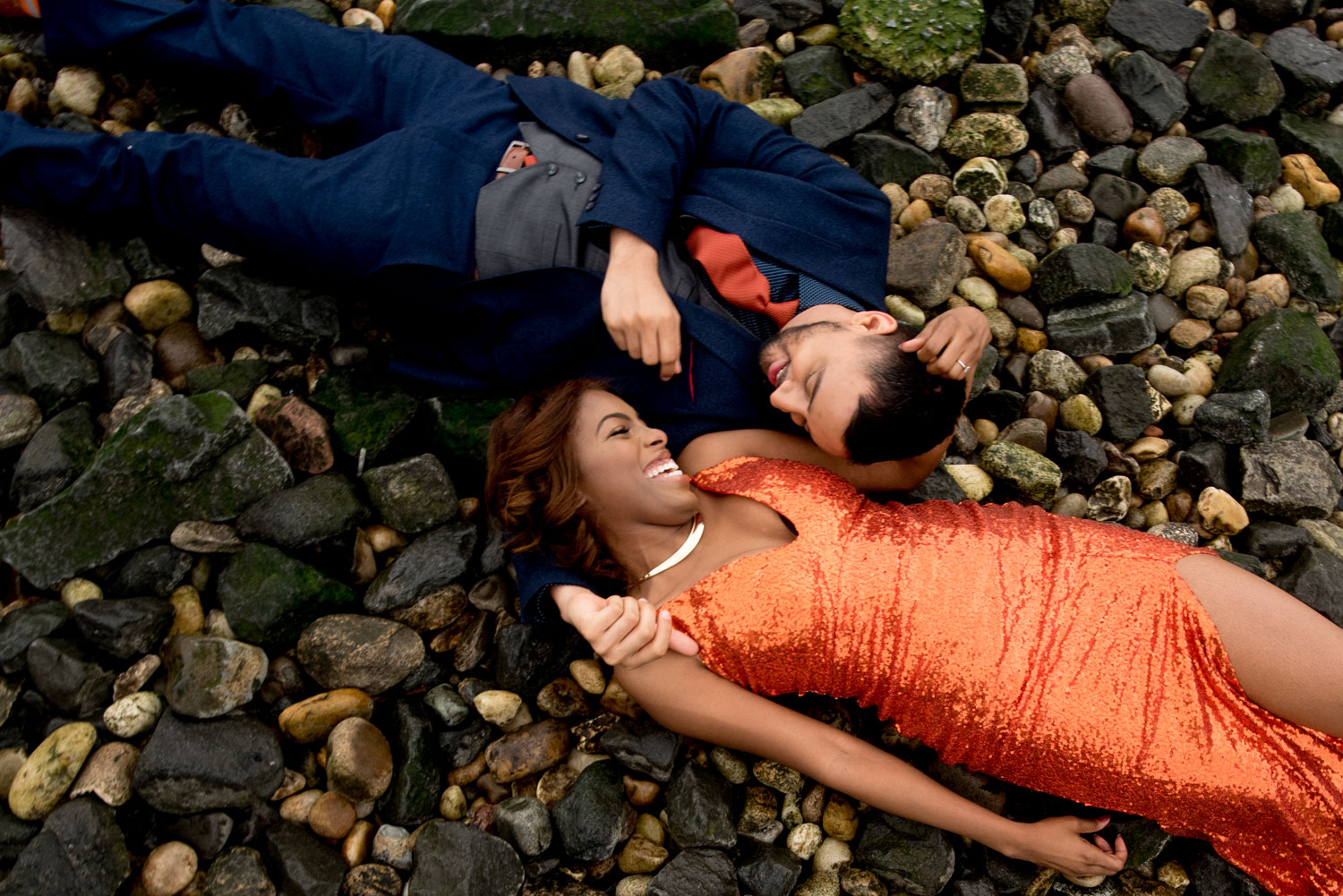 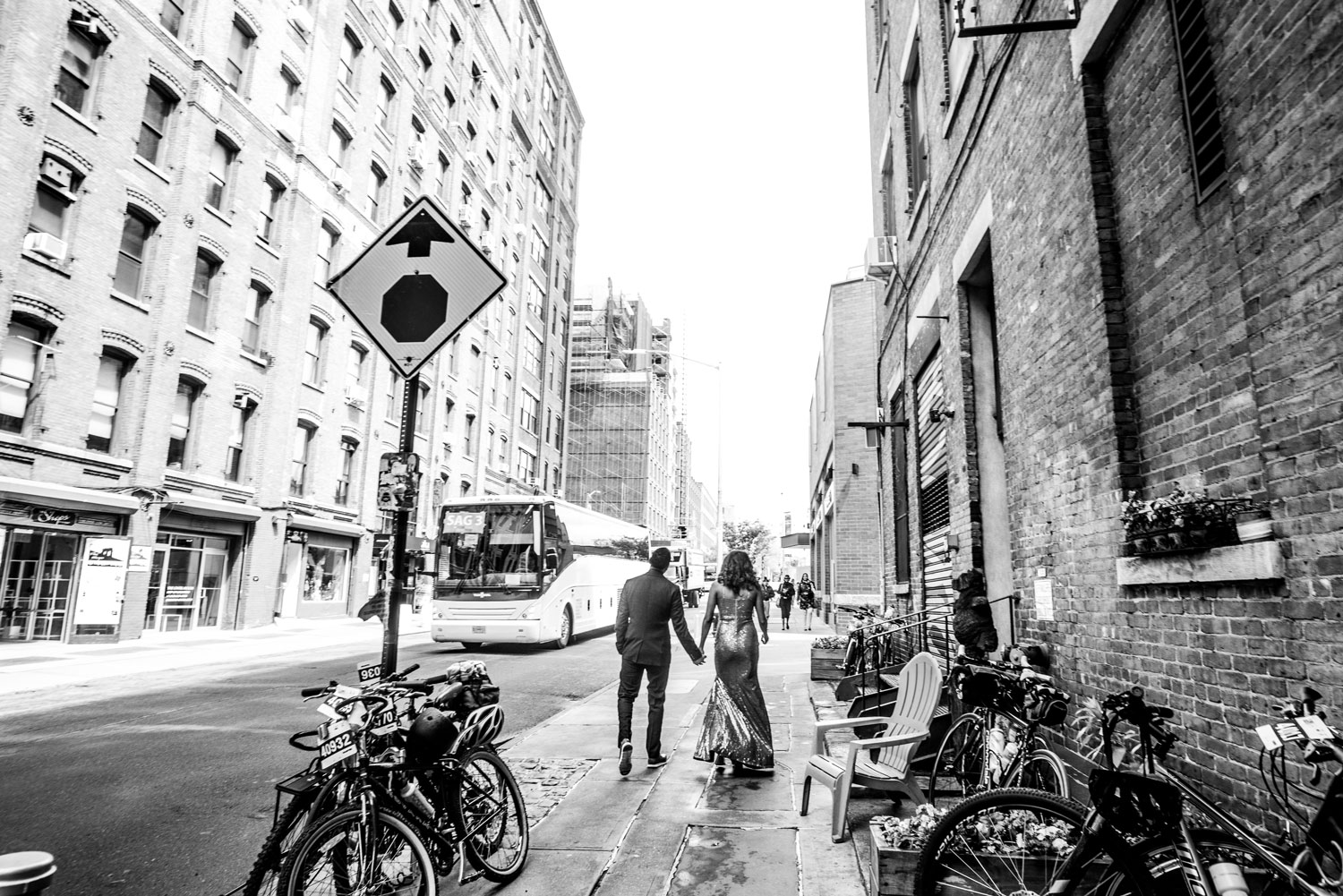 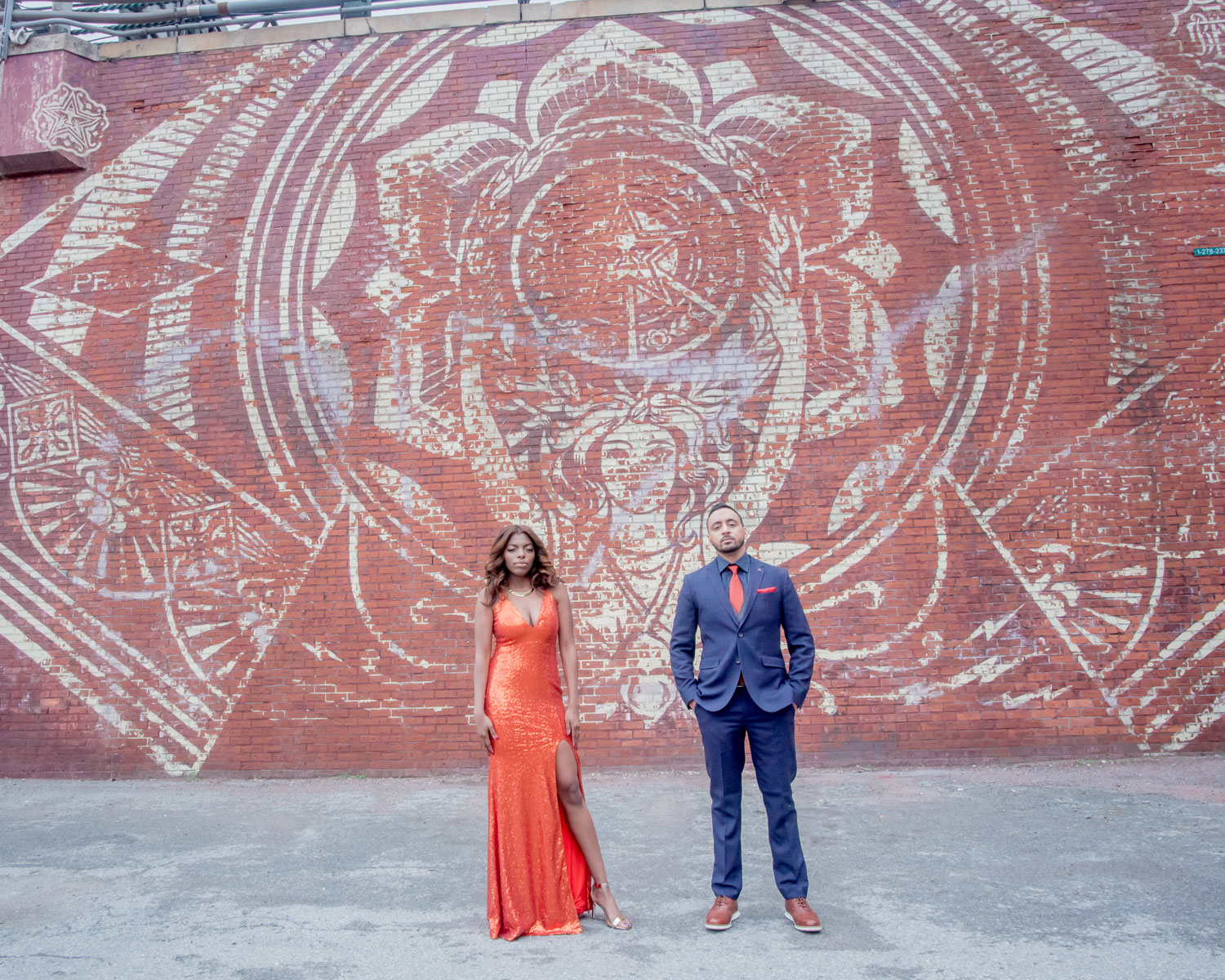 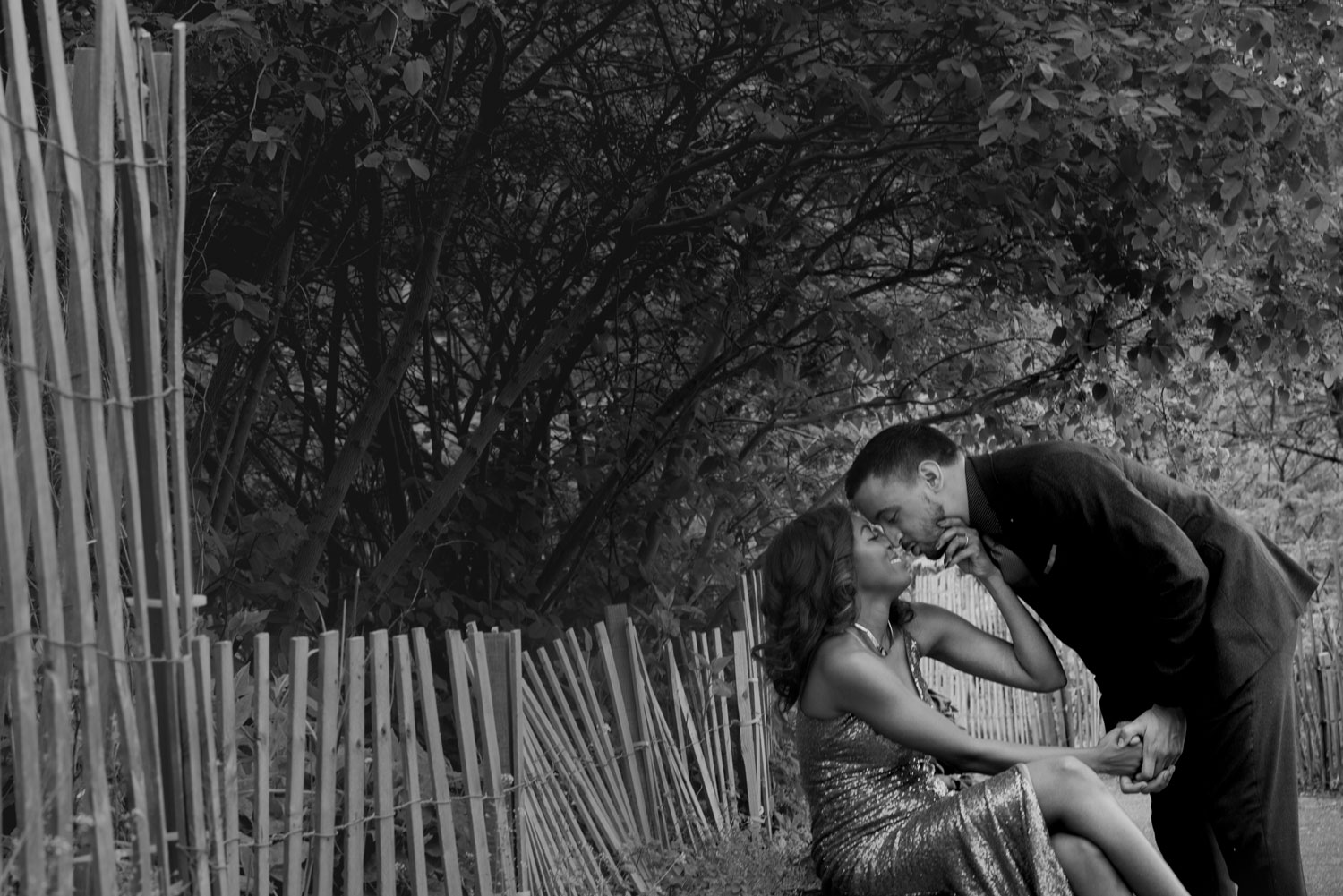 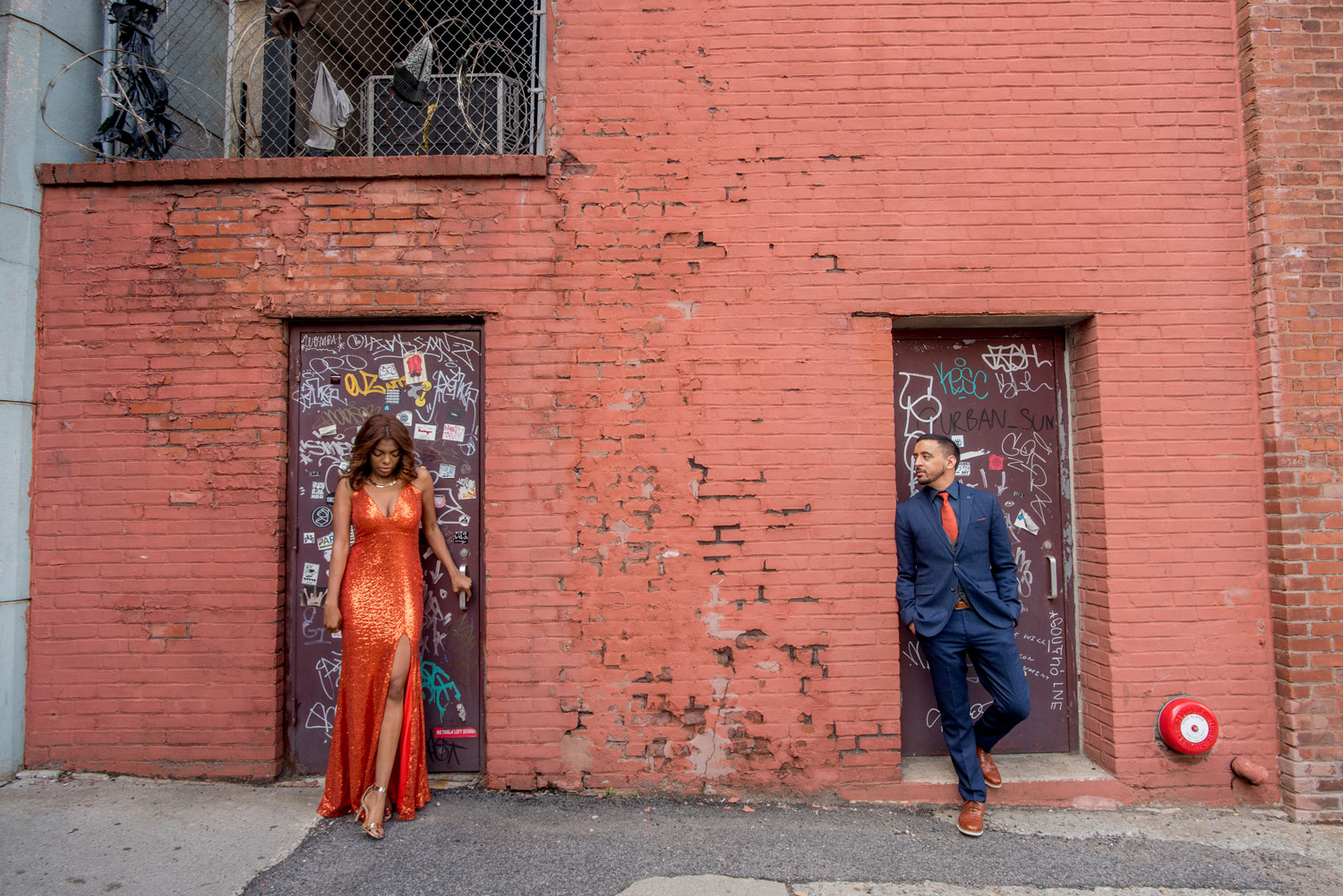 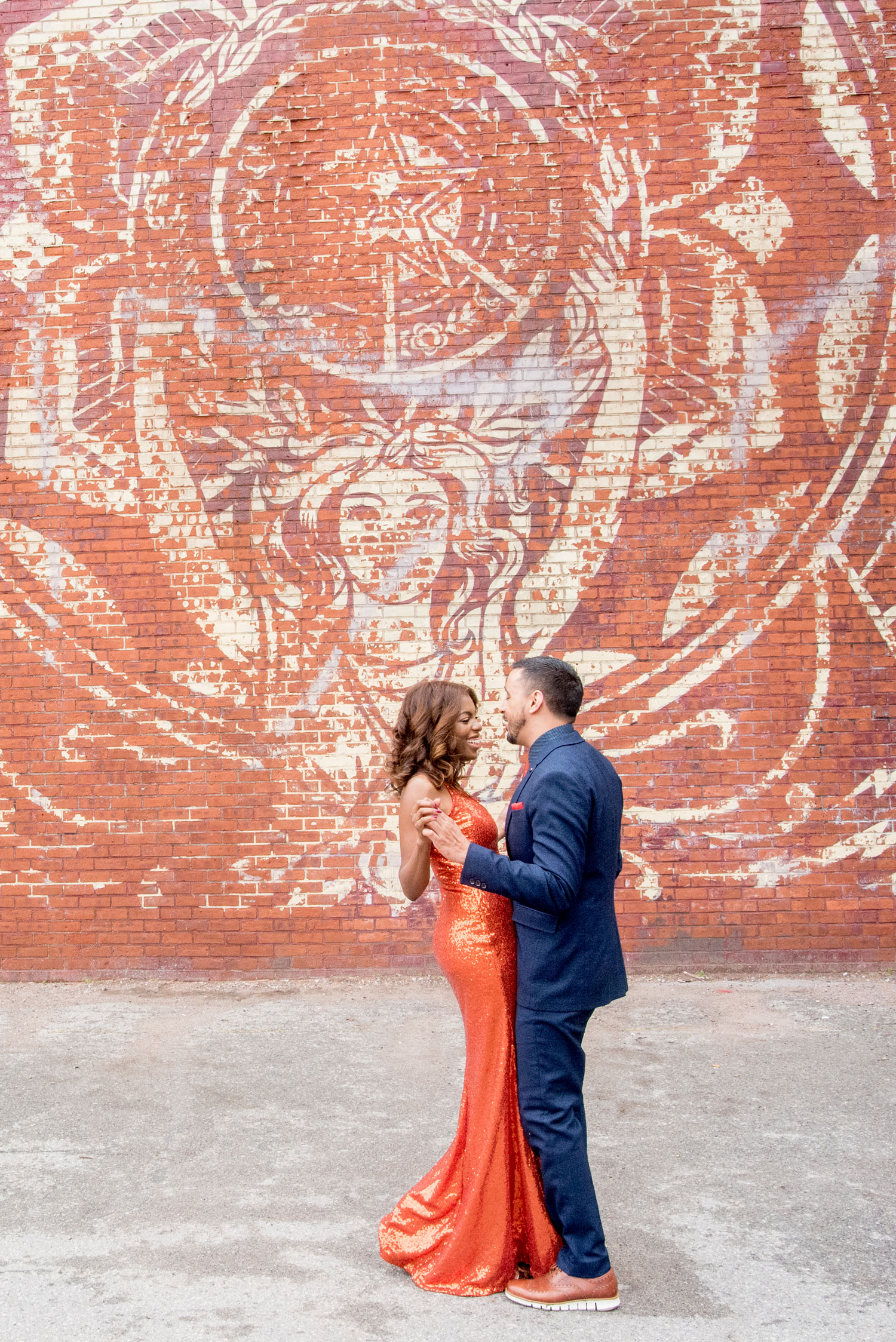 100 of the Most Iconic Wedding Dresses of All Time

What to Give Your Engaged Friends & Family