While there have now been several hurricanes that caused destruction throughout the southern United States, the territories of the U.S. Virgin Islands and Puerto Rico, and the Caribbean, the effects of Hurricane Harvey – the first of this season’s hurricanes – are still being felt in Houston and the surrounding area. Shellie Schoellkopf and Robert Callaway, who were set to wed on October 7th, decided to cancel their reception in order to donate to their loved ones who lost their homes. They’ve also launched a GoFundMe page in order to match their donation.

After seeing Shellie and Robert’s story online, Cat Greenleaf and Mike Rey wanted to pay it forward. The married couple owns The Catskill Mountain House, an event space in upstate New York, and they arranged to have the bride and groom flown out to have a honeymoon in the Catskills, as well as a tour of Manhattan. 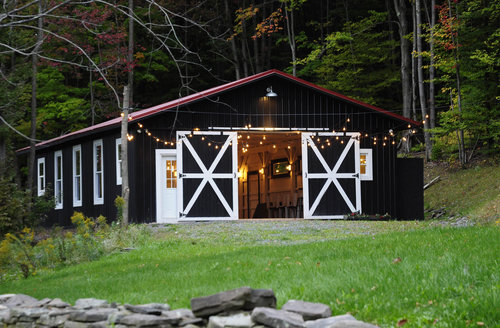 Coutesy of The Catskills Mountain House

We were able to talk with Shellie in order to learn more about their altruism and their future wedding plans.

IW: When did you realize you wanted to cancel the reception?

Shellie: The entire decision of what do about the wedding was definitely something we weighed heavily. We decided to go through our guest list while it was still storming and our social media feeds were filling with reports of flooded cars, homes, and pleas for water rescue.  We quickly realized that every third or fourth invitation would be going to someone who had lost all or part of their home, whereas we were very fortunate to have been spared. Once the idea of keeping the ceremony in place and donating the reception funds was tossed up, we instantly knew it was the right thing to do and something that would make the biggest positive impact on those around us.

IW: What is the current plan for the ceremony?

Shellie: We opted to keep the wedding date with the church, as it was already paid in full, and plan on a mostly traditional ceremony. In keeping with our way of doing things with a little flair, we will have a wine box ceremony, during which we’ll put in letters that we’ve written to each other explaining why we love each other. These will be locked in a box (two locks and we each keep a key – this plays into our lock and key tattoos as well) with a bottle of wine. Should we ever find ourselves in a situation where we’re questioning our future together, we’ll open the box, each pour a glass of wine, and go into separate rooms to drink the glass and read our letters to each other.

Another unique aspect to our ceremony will be the inclusion of my son, Austin (11), in part of the vows and exchange of rings. Rob and I met when Austin was just 5, and since Austin is close with his own father and Rob, he calls Rob his “Bonus Dad”. We felt that is was really important to make sure that Austin knows that we are simply growing our family and that he will always be a huge part of that union.

IW: Who came up with the idea for a photo shoot among the debris and gutted houses?

Shelli: Robert actually presented the idea and said that he thought it would be neat to take photos in his parents’ neighborhood since we wouldn’t have a traditional wedding album filled with photos of reception festivities. We also felt that it really beautifully displayed everything that has been going on and the swelling sense of community as well as what we have spent so much of our time and energy on here lately. 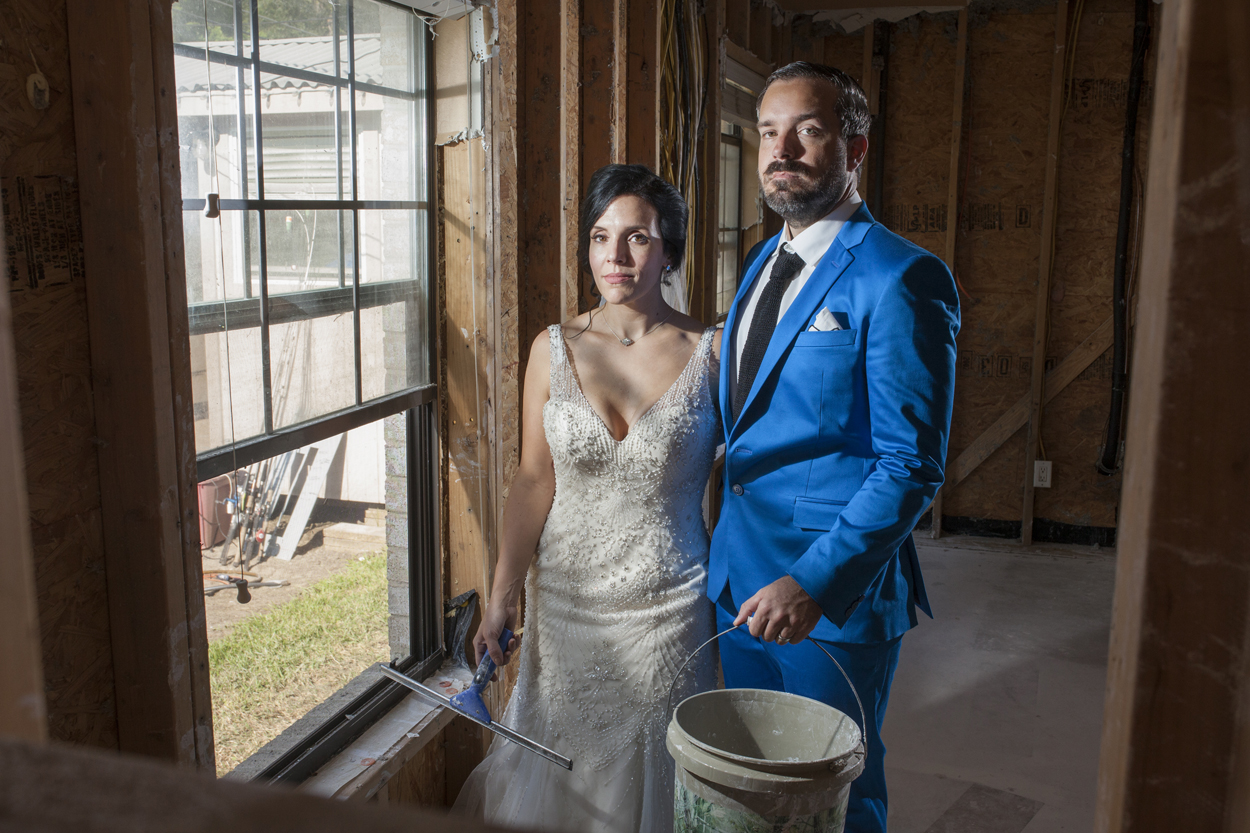 IW: Do you plan to have a celebration someday because you sacrificed your reception?

Shellie: Perhaps down the road we’ll have a vow renewal and throw a big bash, but we will probably save that for a major milestone year.

IW: What are you most looking forward to about your honeymoon in upstate New York?

Shellie: We are so excited to visit the Catskills and to experience all of the wonderful things that have been planned. We don’t get four seasons in Houston; we get three – hot, not as hot, and cold – so we’re eager to take in the little things like changing leaves and walking through the hills. Honestly, we’re mostly looking forward to enjoying some quiet time together and having a chance to reset after such an eventful month! Without Cat and Michael, none of this would be happening and we are beyond grateful for every ounce of effort that everyone has put into making this so special for us.

IW: Did you have an original honeymoon plan that got canceled as well?

Shellie: You’re not going to believe this, but we had originally planned to visit Grand Turk, Turks & Caicos, but at the last minute decided to just book a trip to Denver to see the mountains. We live in such a flat area, they’re something really beautiful and out of the norm for us.  We were heartbroken to see the devastation repeatedly move through so many locations when hurricanes kept forming out in the Gulf, and unfortunately, our original spot was one of the many scenes of destruction in the wake of those storms.

IW: Do you have any words of wisdom for couples whose weddings or honeymoons have been affected by the recent hurricanes?

Shellie: It was a little disappointing on some level to know that we won’t have the traditional first dance, bouquet toss, cake-cutting moments, but we have a lifetime to create even more meaningful memories that will strengthen and enrich our bond so much further than the potential of an impromptu buttercream facial. Stay focused on the true meaning of this momentous time in your lives, and suddenly a few cancelled plans aren’t such a big deal – you still have one another. The wedding is just one night, but the marriage is forever… plus you’ll have great stories for the grandkids someday!

What Music Played at the Royal Wedding?