If you watch a movie or TV show enough times – especially in this era of binge watching – it’s easy to become attached to the characters. In some cases it might even feel like they’re your friends! While you may wish some of these fictional women could be your bridesmaids on your wedding day, obviously that’s not possible. However, there are plenty of times when an actress has portrayed a bridesmaid in film and television. Often, due to a need for drama in entertainment, they’re not exactly the models of whom you’d want standing beside you on the big day. However, there are several instances when a movie or TV character is a dream bridesmaid. Below are some of our favorites. 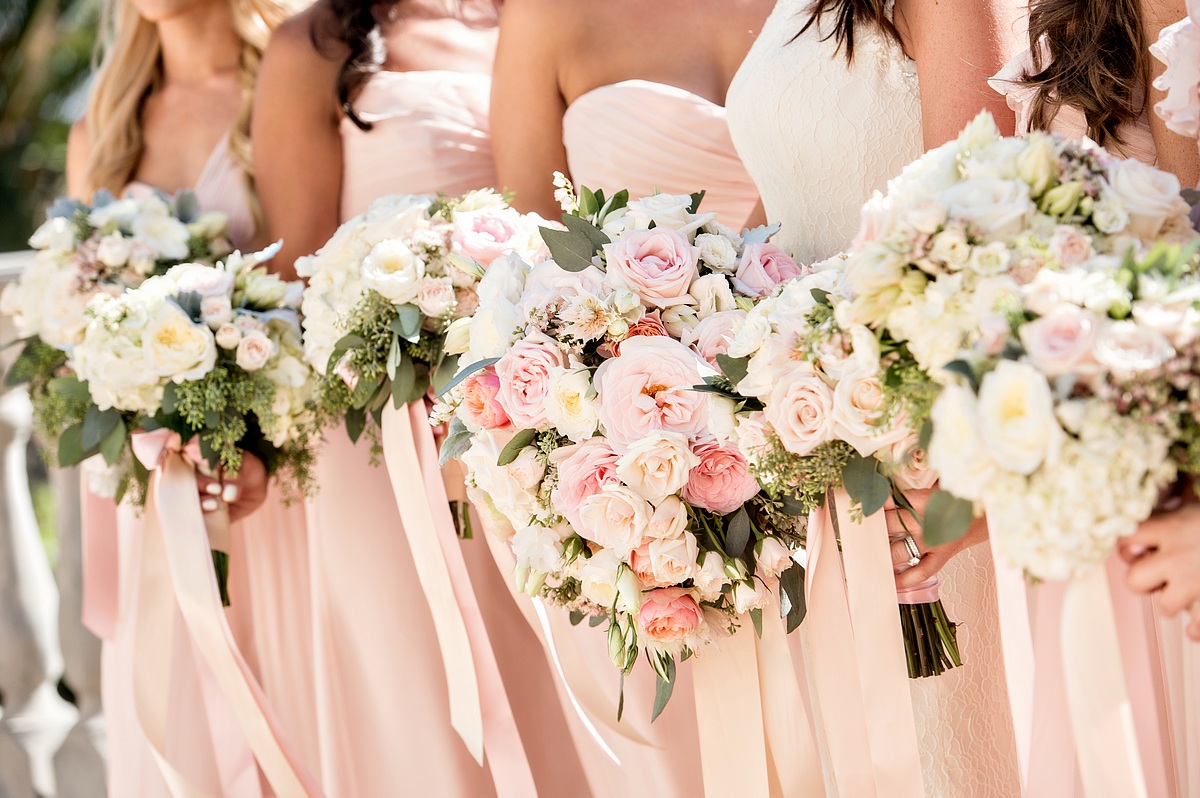 Gina Rodriguez as Jane Villanueva – Jane the Virgin
After reconciling just in time for her best friend Lina’s (Diane Guerrero) wedding, Jane was faced with a tough task. The bride had cold feet because of comments by her sisters, and tasked her BFF to figure out if her fiancé Danny (Joshua Chang) was the man she should marry. After a dull afternoon together makes Jane unsure about Danny, a later conversation makes it clear how well he knows Lina, and she was able to confidently reassure her friend.

Sarah Jessica Parker as Carrie Bradshaw – Sex and the City
It seemed like everything in Charlotte York (Kristin Davis) and Harry Goldenblatt’s (Evan Handler) wedding was going wrong. He spilled wine on her beautiful dress during the ceremony, they had trouble with the traditional breaking of the glass, the best man gave an uncouth, drunken toast, and much more. Carrie was able to ease Charlotte’s worries by reminding the bride how perfect her first wedding was… even though the marriage wasn’t so great. “I think the worse the wedding, the better the marriage,” Carrie reflected.

Rose Byrne as Helen Harris III – Bridesmaids
Sure, ultimately Annie (Kristen Wiig) was probably a better friend to Lillian (Maya Rudolph) in the long run, but if we’re being honest, who wouldn’t want to be flown to Paris to have a personalized fitting with the designer of her wedding dress? Even if the gown was a bit of a disaster. She also used her social connections to get a last-minute appointment for the ladies at a prestigious bridal salon.

Courteney Cox as Monica Geller – Friends
When Phoebe (Lisa Kudrow) and Mike’s (Paul Rudd) wedding looked like it would have to be cancelled due to a blizzard, Monica whipped into planning mode (despite being fired by Phoebe) and organized the whole thing. It ended up being one of the most memorable and romantic weddings featured in the series.

Ashley Greene as Alice Cullen – The Twilight Saga: Breaking Dawn – Part 1
The bride’s friend and soon-to-be sister-in-law planned the outdoor ceremony. The vintage-inspired aesthetic was a nod to Edward’s (Robert Pattinson) history while the natural look lended itself to the beauty of the Pacific Northwest setting. A teenage bride doesn’t always have a lot of support, but Alice helped make sure the day went smoothly.

Zooey Deschanel as Jess Day – New Girl
While the wedding may not have gone perfectly – Schmidt (Max Greenfield) was stuck on a plane trying to convince Cece’s mom to support the marriage – Jess helped stall as long as possible before allowing the celebration to go forward. Most importantly, she performed an alterations miracle. Cece (Hannah Simone) had major dress regret after buying a gown with far too much bling (it even lights up!) after going overboard with the salon Champagne. Jess transformed it into a stunner with gold lace that managed to fit with Western traditions while still nodding to the bride’s Indian background.

Katherine Heigl as Jane Nichols – 27 Dresses
Of course, we saved the best for last. The simple fact that Jane was asked to be a part of so many weddings indicates she must be a great friend. Add that to the evidence that she’s clearly willing to wear whatever the bride wants shows that she’s a dream bridesmaid… even if she did ruin her sister’s relationship.

See the best movies to watch while wedding planning and our favorite TV weddings.

15 of Our Favorite Celebrity Weddings of 2018

Unique Welcome Parties to Kick Off Your Wedding Weekend