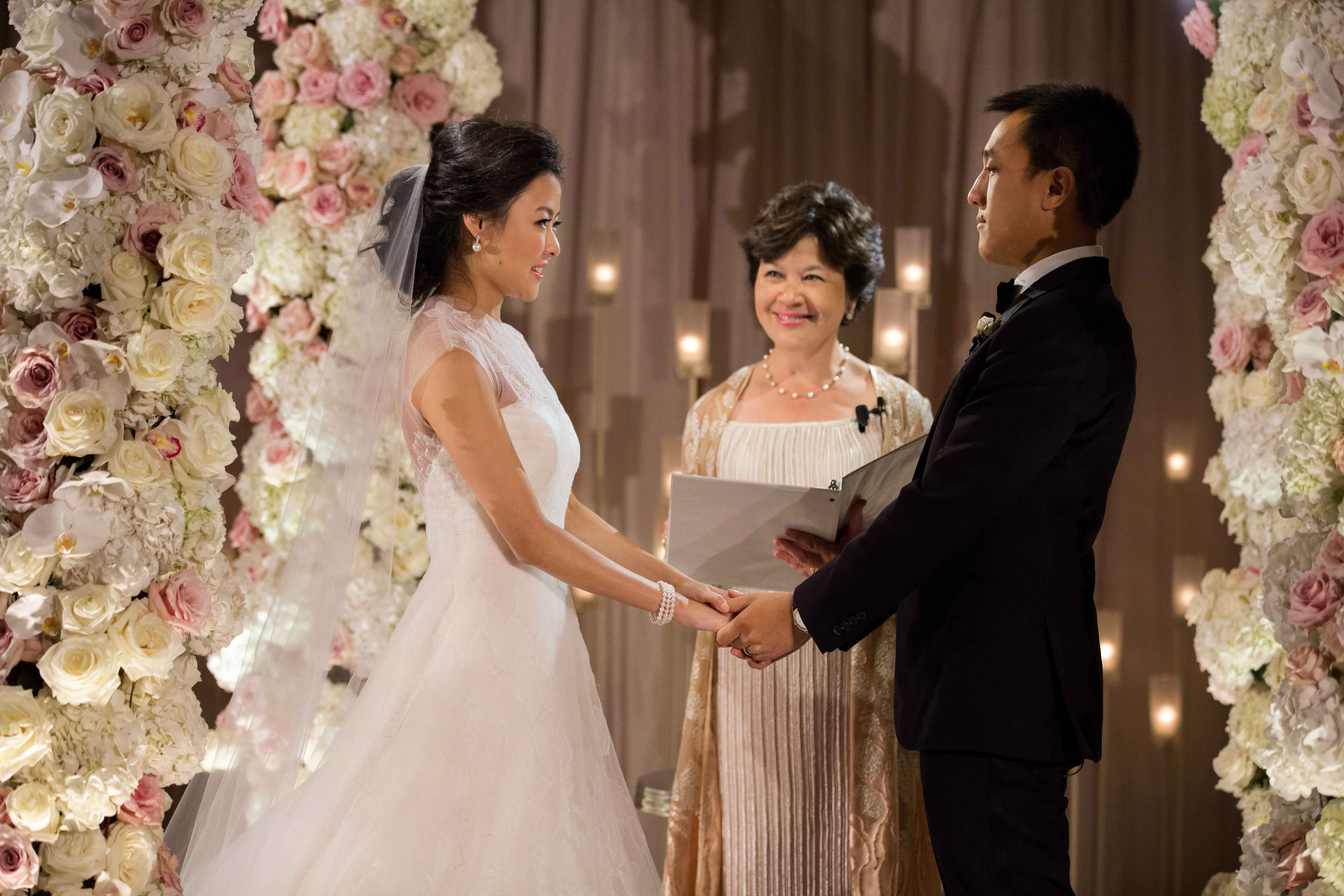 Although much of the attention with weddings is focused on the décor, the most important moment of the day is the ceremony. After all, that’s why everyone is gathered there on the day of your nuptials. For some, the service is based on tradition to their culture or religion, while for other couples it is a deeply personal ritual unique to their experiences. The type of officiant you decide to use affects your ability to customize the vow exchange. The more strictly religious the less likely you’ll be able to make a number of changes, but unless your parents influenced the choice, you probably wouldn’t want to! However, there are still some aspects of the service you may be able to adjust if that better fits with your sensibilities.

When choosing an officiant, you should make it clear how religious – or not – you want the ceremony to be. It’s especially important to take care of for an interfaith ceremony. Once they are hired, you and your future spouse will probably share some personal details about your love story. This can be a beautiful addition to a service, but it can also make some couples feel uncomfortable. Make it clear, and be specific, if there are aspects of your story that you do not want included in the ceremony. If there are assignments from the officiant, such as to write a letter to each other, clarify if you do not want them read out loud during the service.

Some of the more common pieces of traditional ceremonies that people like altered are those which refer to outdated gender dynamics, such as “to honor and obey” or ended with “I now pronounce you man and wife.” If those statements make you uncomfortable, speak with the officiant about alternative phrasings. Couples also frequently remove the section allowing guests the opportunity to object to the union, which is usually an easy cut.

Of course, if you wrote your own vows, you may just choose to omit the traditional “repeat after me” part altogether. Most importantly, ask to see what the officiant wrote and ask to remove anything that doesn’t feel like it fits with your special day.

Learn the dos and don'ts of writing your own vows and what you need to do to have your friend officiate the wedding.

6 Cool Ways to Serve Ice Cream at Your Wedding

6 Cool Ways to Serve Ice Cream at Your Wedding