In honor of the new season of the WE tv series Bridezillas, the show commissioned a survey about various parts of the wedding planning process, including which cities are the most likely to have “bridezilla” behaviors. “In 2018, being called a ‘bridezilla’ isn’t necessarily a bad thing. Our survey shows that recent brides have taken ownership of the term,” says Laura Halperin, Executive Producer and Voice of Bridezillas. “Brides are taking control of their wedding day, and making sure every detail is just what they envisioned.” 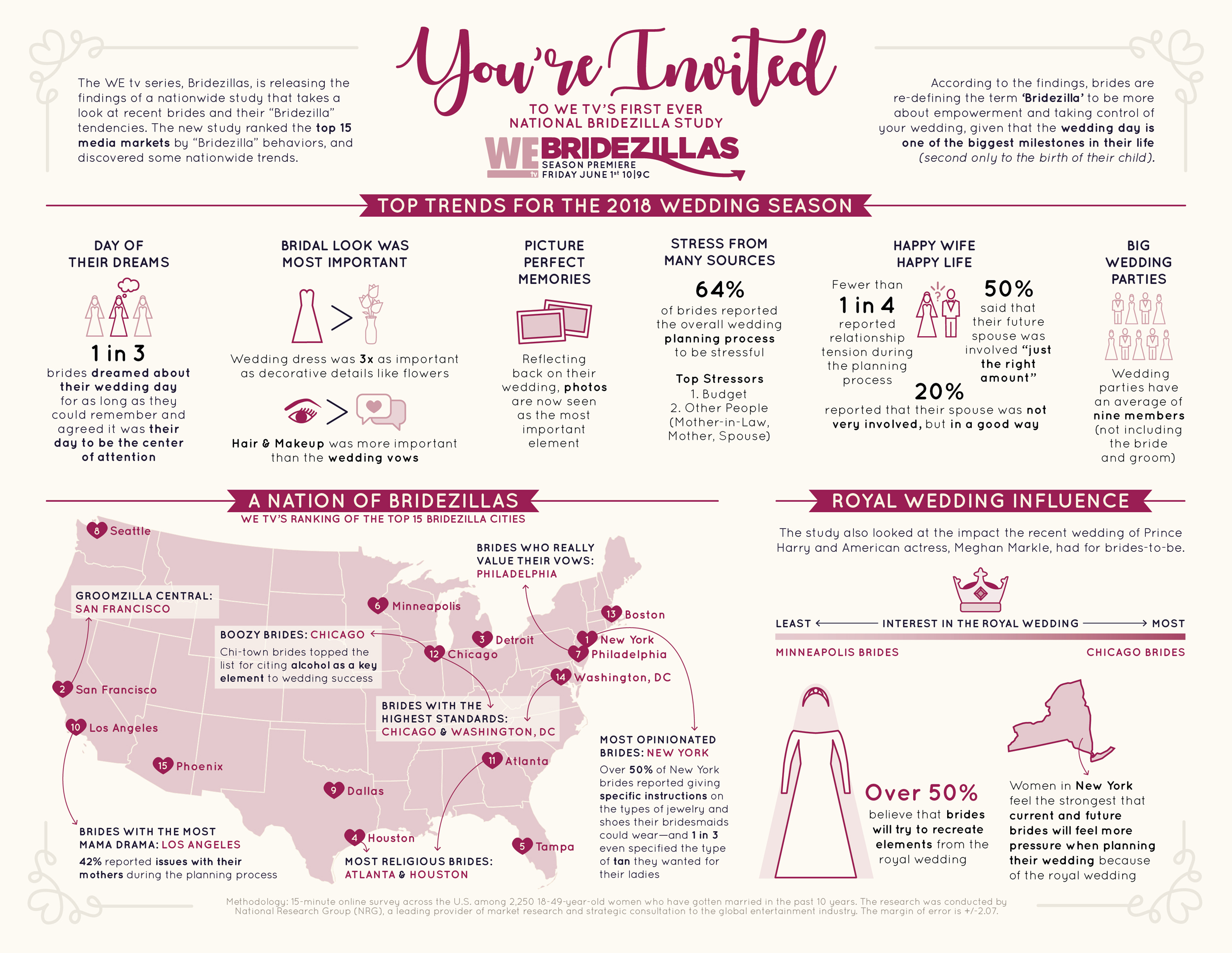 Infographic courtesy of WE tv

That’s good news for New York brides, since the “Big Apple” is the top-ranked “bridezilla” city. New York was also named city with the most opinionated brides, especially when it came to bridesmaids. According to the survey, “over 50% of New York brides reported giving specific instructions on the types of jewelry and shoes their ‘maids could wear – and one in three even specified the type of tan they wanted for their bridesmaids.”

Here is the full 15-city ranking of “bridezilla” tendencies, denoted with other findings about the locations.

3.   Detroit - This is where interest in the royal wedding is the lowest.

4.   Houston - Along with Atlanta, this is the metropolitan area where religious traditions are most important.

7.   Philadelphia - Vows were named as the top priority for the “City of Brotherly Love.”

8.   Seattle - Three out of four felt their wedding was more simple than extravagant, topping the list for brides dreading planning the wedding and not viewing their wedding as important as the other cities.

10. Los Angeles - 42% of brides reported issues with their mothers during the planning process.

12. Chicago - Along with Washington, DC, brides here have the highest standards.

Learn how to maximize impact at an intimate wedding or how to make guests feel special at a big wedding.

Glamorous and Elegant Gowns from the Pronovias 2018 Collection