On November 26, 2016, Alexis Cozombolidis and Hunter Pence exchanged vows in Northern California. The bride, a YouTube star and internet personality, and the groom, an outfielder for the San Francisco Giants and two-time World Series champion, became engaged at Walt Disney World in December of 2015. However, Hunter had known for quite some time that his beloved was the person with which he wanted to spend the rest of his life. “I had the moment of ‘she’s the one’ on a night in Newport Beach,” he divulges. “We stayed up way too late playing [videos games and I realized she wasn’t only my romantic love, but she was also my best friend.” 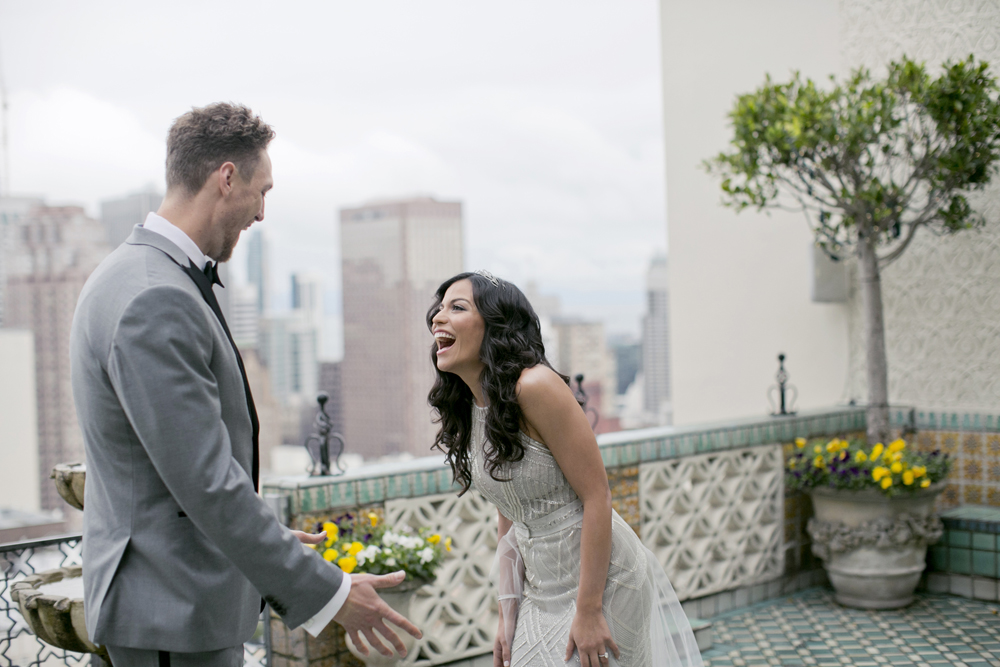 Hosting a lively and eclectic, yet cohesive, event was no easy task. “I couldn’t believe how much chairs mattered – or even just picking the right music!” exclaims Alexis of the planning process. However, seven months of organizing produced an incredible celebration shared by family and friends. “We wanted it to have a very ‘fantasy,’ ‘out-of-this-world’ look,” she shares.

We were thrilled to feature Alexis Cozombolidis and Hunter Pence’s wedding in our latest issue of Inside Weddings magazine – every mystical, magical, and cultural detail made for a unique and exciting soirée. As Alexis runs her own YouTube channel, Lets Get Lexi, the bride created a video of her first look at the summer issue – and her featured wedding! In the clip, Alexis opens a box of 44 copies and shows off a sneak peak of her nuptials within the magazine, all while getting to relive her lovely big day all over again! Watch the sweet video below.

See our own preview of the summer issue here, and for more from Alexis and Hunter’s wedding, pick up the latest issue of Inside Weddings magazine – on newsstands on or before June 20th – or download the Inside Weddings app on your mobile device (via Apple Store, Amazon, or Google Play) to read it on the go!

How to Have Beautiful & Healthy Hair for Your Wedding