After a 21-month engagement, actress Emmy Rossum has at last wed writer/director Sam Esmail – best known for creating Mr. Robot – on May 28, 2017. Following two years of dating, Sam proposed to his future bride with an antique engagement ring from the 1920s, perfectly befitting the actress’ style. The happy couple exchanged vows in a synagogue under a lush arch bursting with greenery and white blossoms, including lilies, roses, and peonies. The groom wore a black suit with a modern skinny tie while the bride donned a stunning and elegant custom gown by Carolina Herrera. The draped, off-the-shoulder neckline featured lace detailing and the A-line skirt had buttons trailing down to the hem. Emmy wore no necklace, instead showing off her collarbone, and accessorized with simple drop earrings and a cathedral veil trimmed with lace. 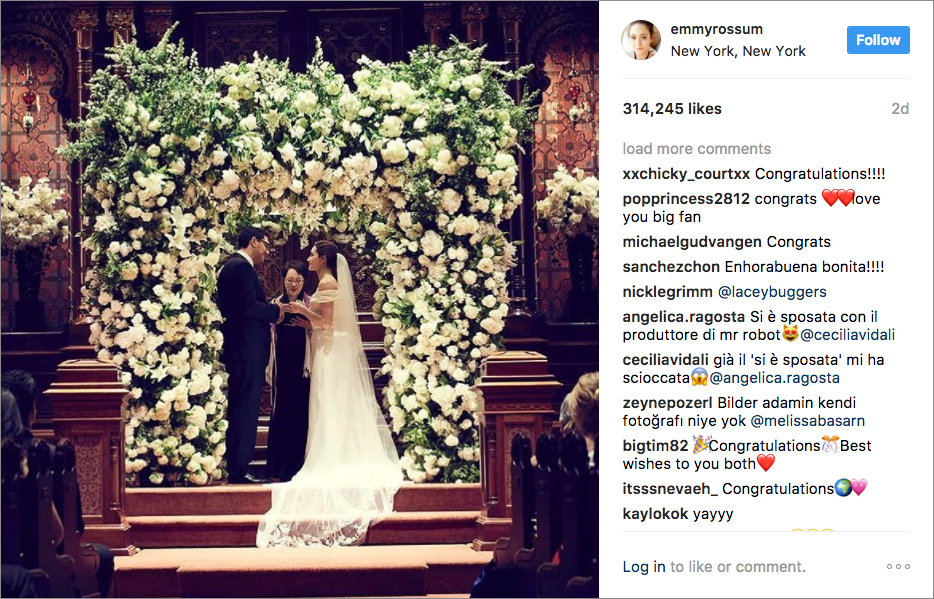 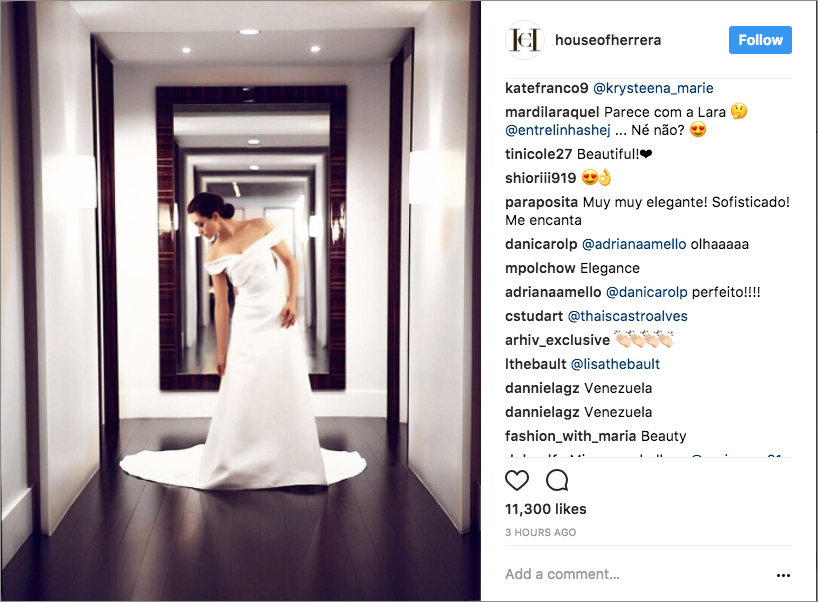 Despite the elaborate chuppah, the bridal bouquet was formed solely by lily of the valley blossoms, which happens to be the birth flower for May, thus a fitting bloom for the couple’s new wedding anniversary. Those who paid close attention to the actress’ Instagram story in the days after the celebration discovered that flowers from the reception were repurposed and delivered to a local hospital for patients to enjoy. As well as being a generous act, this also allowed for a sneak peek at the reception, the décor of which has otherwise been kept under wraps. Romantic hues were used, with pink peonies, ranunculus blossoms in shades of peach, and purple irises among the florals used for what are assumed to be the centerpieces. 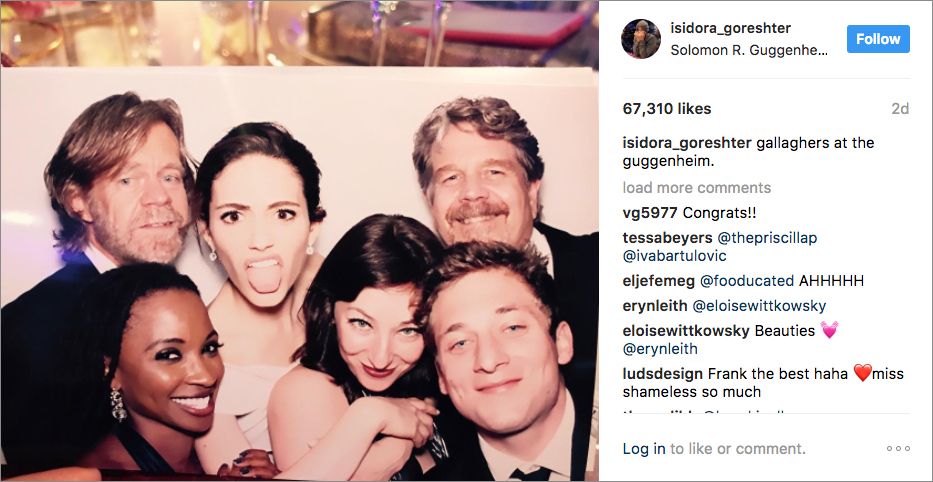 The reception, held at the famous Solomon R. Guggenheim Museum in New York City, had a photo booth for guests to enjoy between dances. The bride took a fun snapshot with her costars from Shameless, including her TV father William H. Macy.

Find out how accurate our predictions for Pippa Middleton's wedding turned out, and see the wedding dress worn by Olivia Pope on the 100th episode of Scandal.

Instrumental Versions of Pop Songs Perfect for Your Wedding Ceremony