Fans of Jane the Virgin have seen Gina Rodriguez go through happiness and heartbreak onscreen, but it looks like the actress is experiencing her own happily ever after. The activist and Annihilation star just celebrated her 34th birthday and eagle-eyed fans couldn’t help but notice a sparkle on her left ring finger in a post on Instagram. Though her caption did not necessarily allude to an engagement (she shared a quote by Frida Kahlo), both she and her beau, Joe LoCicero, shared pictures that showed the ring. Additionally, Gina’s Instagram story – a feature where posts disappear after 24 hours – included a charming shot of the pair at sunset on their vacation in Tulum, Mexico. The actress has her hand, adorned with a stunning diamond ring, on her beloved’s chest – which is a popular pose of recently engaged couples. 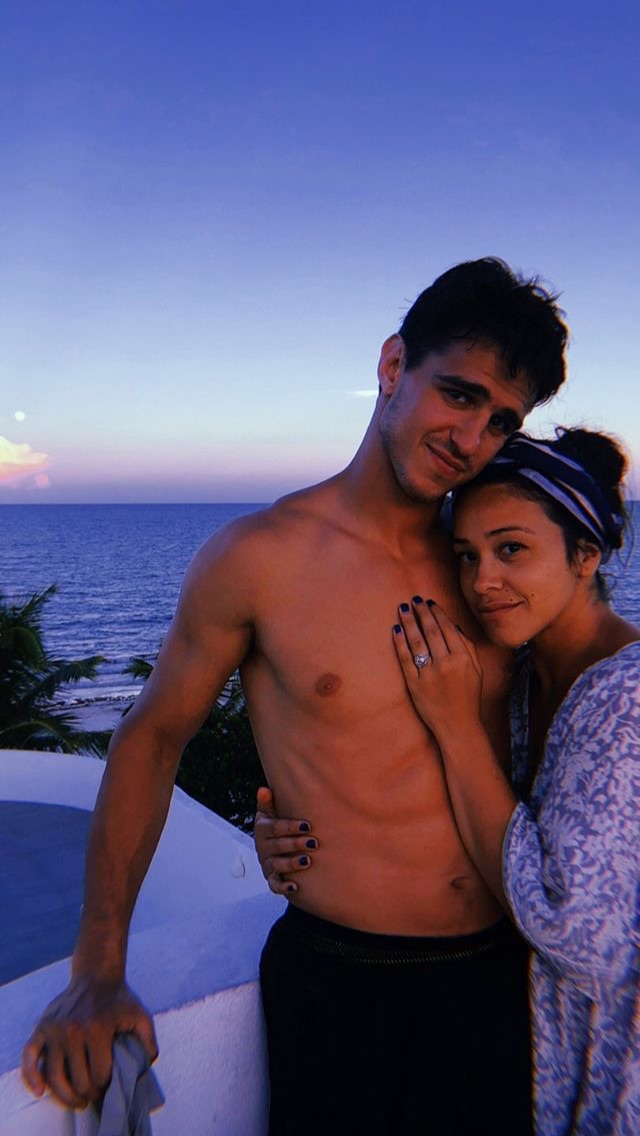 The Golden Globe winner met her sweetheart in 2016 when he had a guest role on her critically acclaimed series – where he played a stripper! In addition to acting, Joe also works as Muay Thai fighter, and social media posts often show Gina by his side. 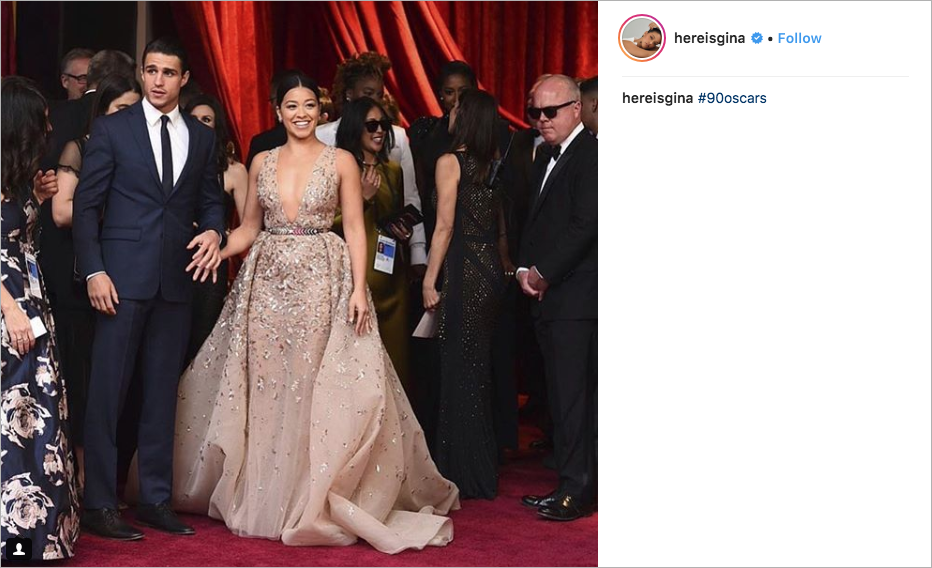 If the couple is in fact engaged – and we think they are – then the 2018 Academy Awards could be a preview into the lovebirds’ nuptials. Gina wore a stunning blush Zuhair Murad gown that would not look out of place walking down the aisle instead of a red carpet. Though the actress may choose a more traditional white or ivory, the deep V-neckline and sparkling embellishments indicate a glamorous bridal style. As her date, Joe looked dapper in a navy suit, which has been a popular trend for grooms in the past few years.

Read about the reported engagement of Nick Jonas and Priyanka Chopra and see what Justin Bieber wrote when he confirmed his engagement to Hailey Baldwin.

Asking Her Dad: A Global Groom Looks Back