Another celebrity couple is engaged! Former NFL football player Kelvin Hayden proposed to Empire star Taraji P. Henson during a romantic dinner on Mother’s Day. She shared a photo on her Instagram account, showing that the restaurant provided a slice of chocolate cake and three chocolate-covered strawberries with a message of congratulations. The ring may not be the main focus of the shot, but is clearly a large round diamond with six prongs. The solitaire stone is set on an elegant rose gold band. Judging from the caption of her post, it looks like Kelvin kept his beloved from suspecting anything by giving her a lovely bracelet for Mother’s Day (both the groom and bride-to-be are parents). 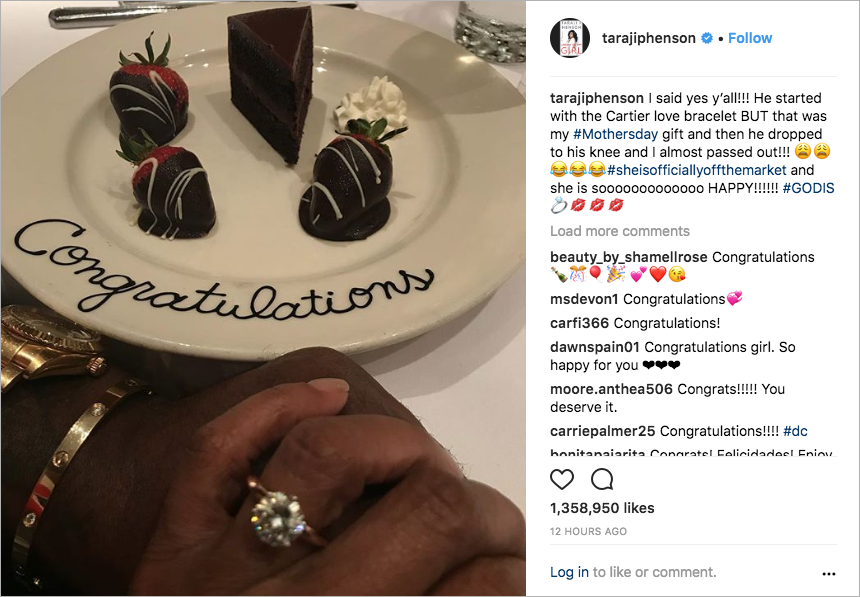 Though the relationship between the actress and former athlete was only confirmed last December, the pair had been spotted together two years before that. Since Taraji tends to keep her personal life fairly private – there are not many other photos of Kelvin on her Instagram account – it’s not clear how long the two have actually been together. Regardless, we can't wait for the wedding!

Learn How to Make Chic Centerpieces for Halloween