After 10 years of dating, country star Brett Young has proposed to his longtime girlfriend Taylor Mills. The oval diamond set in a pavé band was certainly worth the wait. People Magazine reveals that the sparkler also has the initials of the duo incorporated in the basket. The “Mercy” singer tells the outlet that the lovebirds did take a break after he moved to Nashville to start his music career – and much of his first album is about her – but they reconnected and realized they were in the same place in life. 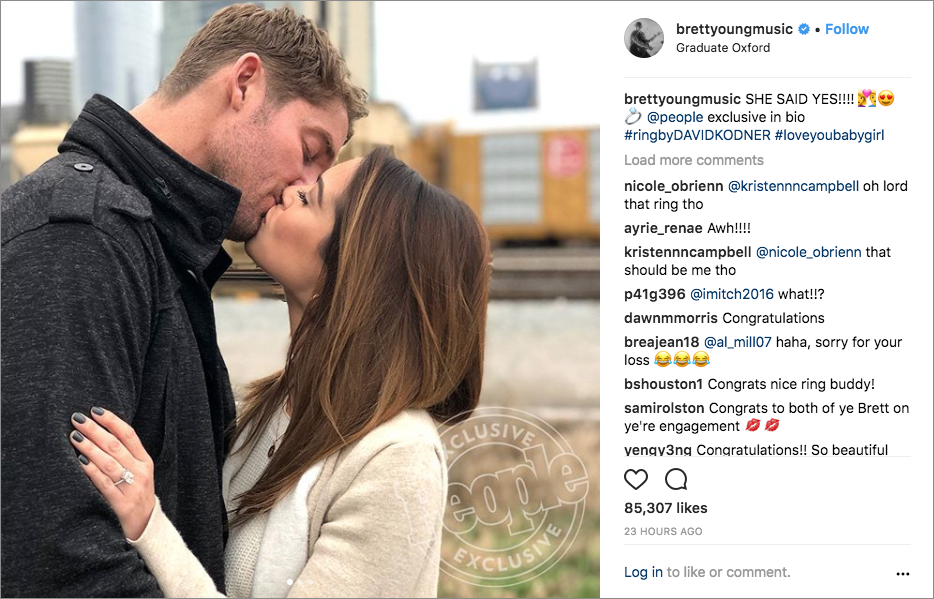 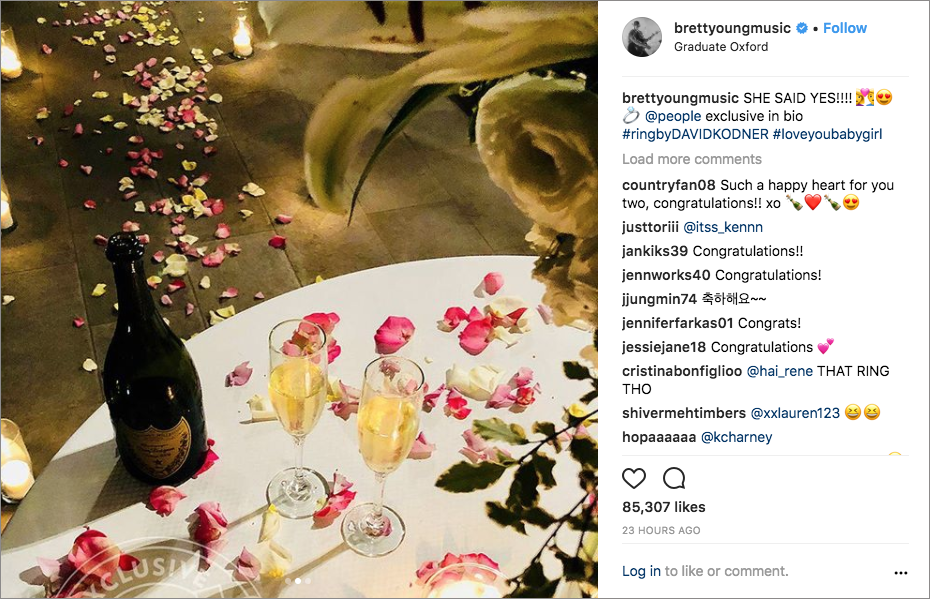 The couple met while Taylor was a student at Arizona State University and plan to tie the knot in the Grand Canyon state. Because of this, the groom thought it would be a nice touch to propose near his alma mater, Ole Miss. Photos reveal a romantic path of pink and cream rose petals lined with candles. Champagne flutes greeted the engaged couple after Taylor said yes.

Though the news was only announced recently, Brett tells People that he actually proposed earlier this month. Could he have already been engaged when he shared a darling Instagram post on Valentine’s Day featuring the couple 10 years ago side by side with a current picture? Taylor’s left hand is not visible in the snapshot, and the post is geotagged in Jackson, Mississippi – just two hours away from Ole Miss in Oxford.

11 Mistakes to Avoid for Bachelorette Parties