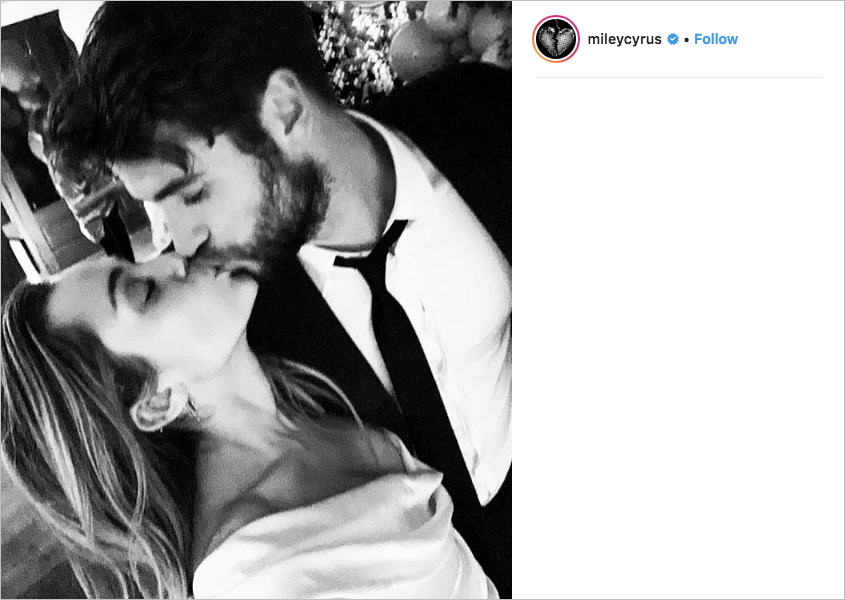 Miley Cyrus and Liam Hemsworth have officially tied the knot! For years rumors swirled about when the couple would finally get married after reconciling their previously broken engagement. Fans were confident the moment had at last arrived when Instagram stories from friends showcased both the Hemsworth and Cyrus families enjoying what at first seemed to be a holiday party. However, as reported by People, there were “Mr. and Mrs.” balloons in the background, as well as photos and video of Miley in a long white dress and Liam in a tuxedo (none of the other family members were in formalwear). There was even a shot of the lovebirds preparing to cut a cake, and the fireplace was lavishly decorated with flowers. 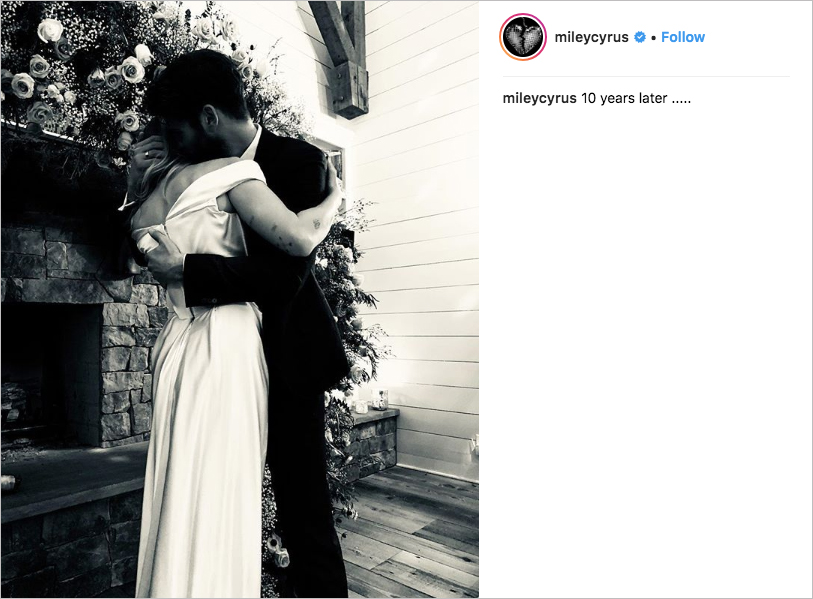 Though there have been plenty of rumored weddings before, signs pointed to this being the real thing, but Miley helped to quell any doubts and confirmed the marriage by posting several romantic black-and-white photos of the newlyweds. It may not be the lavish nuptials fans might have expected back when they first got engaged in 2012, or even when they got back together in 2016, but considering their relationship and what they’ve gone through, an intimate homey reception in Miley’s hometown of Franklin, Tennessee might be just what they needed.

It wasn’t long ago that Miley and Liam lost their Malibu home in one of the devastating wildfires that hit California this fall. Though they were grateful for the safety of each other and their animals, losing a home and the sentimental items inside is a hardship no matter your status in the world. Enjoying the Christmas season with both of their families and making their commitment to each other official surely helped them to embrace what they still have.

Learn more about Nick Jonas and Priyanka Chopra's pre-wedding celebrations and bonus receptions, and find out about Leona Lewis' engagement that she confirmed months after speculation.

Why to Consider a Destination Wedding