Sophie Turner and Joe Jonas have been legally married since their Las Vegas nuptials on May 1st, but last week they made their union extra official with a glamorous wedding at the Château Martinay in France. Unfortunately for fans, the couple then waited several days before sharing the first snapshot from their big day. In case you missed it among all the Instagram posts of fireworks and barbecues from the recent holiday, we’ve included the black-and-white photo below. 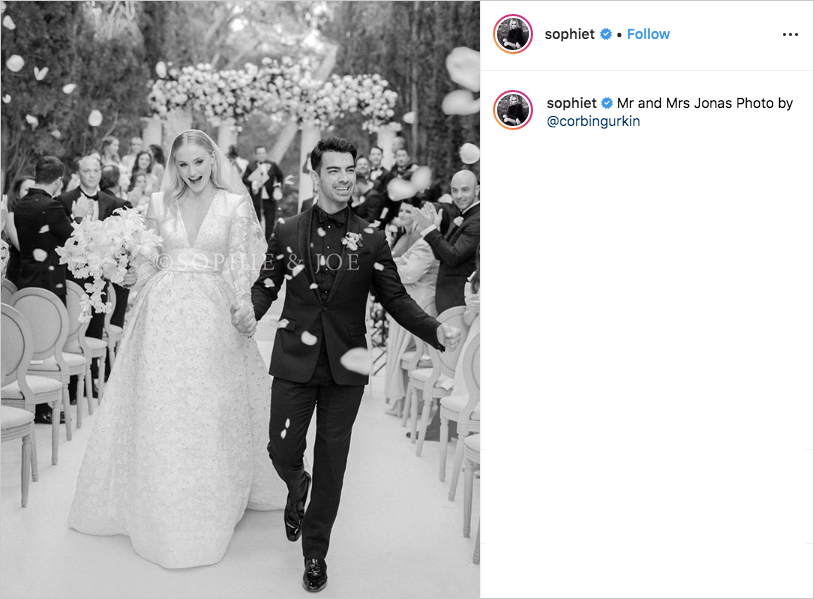 Though no color is in the shot, we are still able to surmise some details. It appears the groom wore an all-black ensemble with a bow tie, while the stunning bride wore a beaded wedding dress with long sleeves and a deep V-neckline. Though the skirt and illusion sleeves were heavily embellished, the waistline and shoulders were kept to a crisp satin. The cascading bouquet is reflected in the lush florals that top the ceremony arbor, and it seems that the vent was a black-tie affair, as the male guests in the background all seem to be in tuxedos. Rose petals shower the happy couple as they hold hands during the recessional. 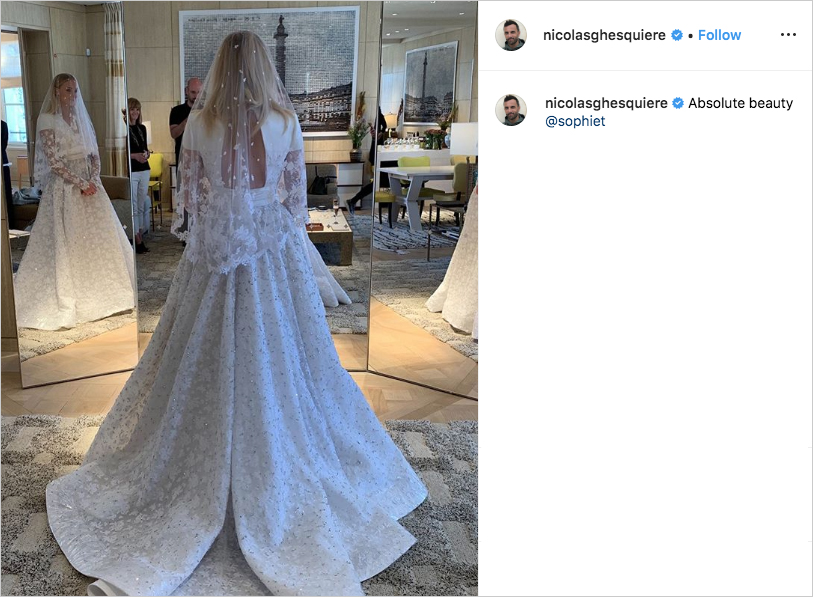 Sophie’s stunning gown was designed by Louis Vuitton, and the artistic director  – Nicholas Ghesquiere – posted a photo of the star in what was perhaps the final fitting. From this shot we are able to see that the dress has a modern keyhole back, and there is some reverse pleating in the train. The bride chose an embellished, elbow-length drop veil over the currently trendy cathedral style.

We can only hope the “it” couple will share more photos with the world soon, but in the meantime you can read about their civil ceremony in Las Vegas as well as their 2017 engagement.

Key Elements to Designing the Wedding of Your Dreams