Finding a wedding venue is one of the biggest decisions to make when you’re planning your big day. The countless options can be overwhelming, especially if you don’t even have a city narrowed down. One way to find inspiration is through the movies! Even outside of romantic comedies there are plenty of wedding scenes in films, and those scenes are often shot at real-life wedding venues. Read below to discover wedding venues from movies where you could host your own nuptials! 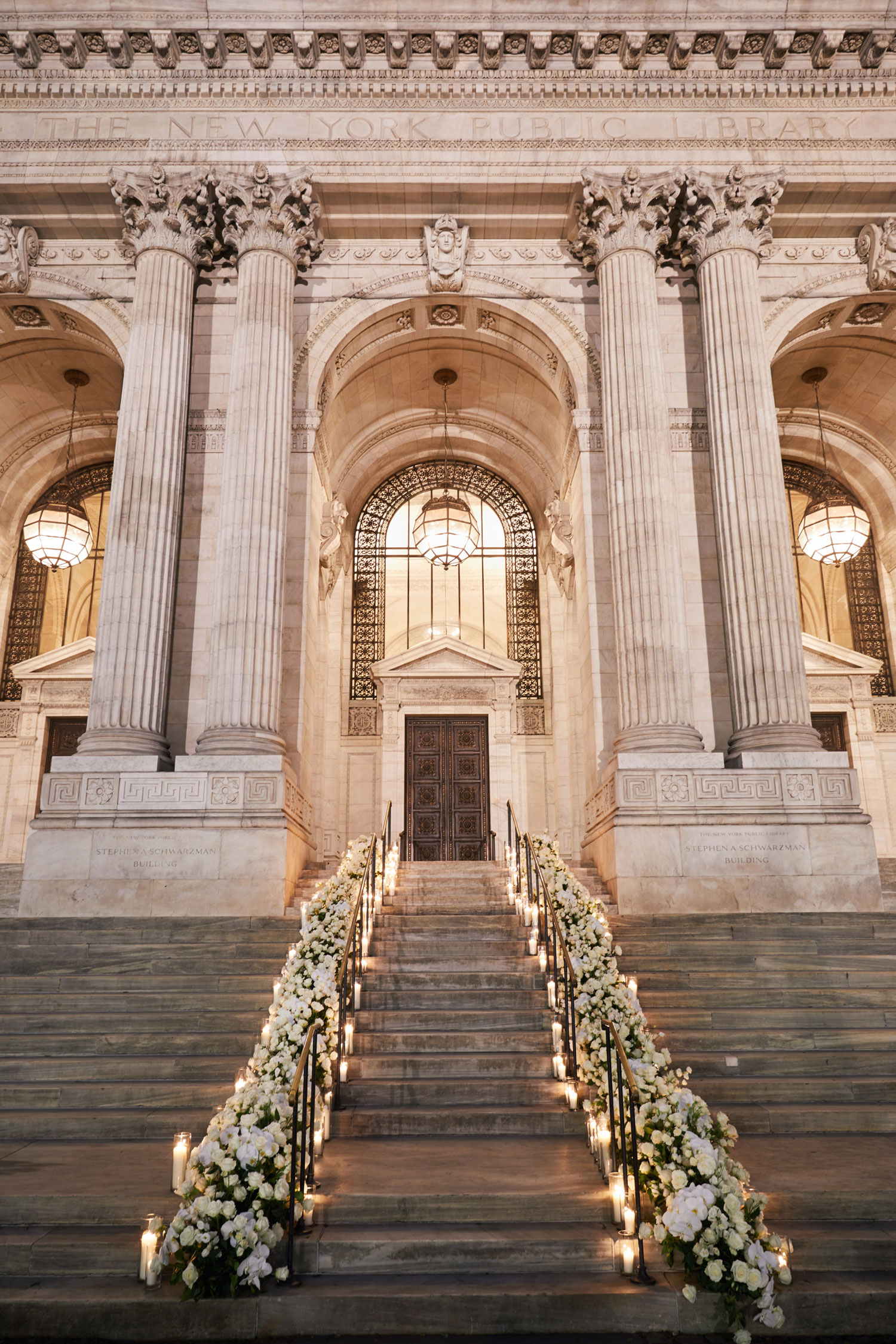 As such an iconic venue, it’s not surprise that the two lead characters embark on a bitter feud after booking their weddings there on the same day. It’s a picturesque place to tie the knot, as long as you remember to coordinate with your bestie first. See real weddings featured in Inside Weddings and InsideWeddings.com that took place at The Plaza here.

Though the film mostly takes place in Minneapolis and Chicago, the venue for the wedding at the end of the film is actually in Southern California. You might not be able to have Wilson Phillips give a surprise performance at the end of your ceremony, but exchanging vows in front of a beautiful waterfall backdrop is in reach.

Sex and the City

So maybe the official wedding was a simple service at city hall, but that doesn’t make this iconic building any less sought after for hosting nuptials. See real weddings featured in Inside Weddings and InsideWeddings.com that took place at the New York Public Library here.

The main wedding in the film is held at a stunning resort that is perfect for those who love being on the water. If you can’t have a yacht wedding, have one at a venue overlooking yachts and sailboats.

Despite the best efforts of Jules (Julia Roberts), the wedding goes as planned, including a beautiful ceremony at this neo-Gothic church only a few blocks from Lake Michigan. See real weddings featured in Inside Weddings and InsideWeddings.com that took place at the Fourth Presbyterian Church in Chicago here.

In real life, this historic venue is unlikely to lead the groom into starting a post-college fraternity. Instead you’ll enjoy the joint indoor and outdoor setting at this stately location.

Melanie (Reese Witherspoon) may not have actually grown up on the Carmichael Plantation, but students at Berry College can walk by every day – it’s actually a museum on the campus. It can be your wedding venue too, just make sure any necessary divorces are finalized before the big day.

Despite the raunchy shenanigans of this group of friends, the wedding was an elegant affair at a lovely luxury property.

I Love You, Man

No matter how long you’ve known the people in your bridal party, the sweeping views from this five-star resort that was the setting of the wedding in the film (though it wasn't actually filmed there) will make it a truly magical day. See a wedding featured on InsideWeddings.com that took place at Belmond El Encanto here.

In addition to the end of this remake of a modern classic, this jaw-dropping chapel with gorgeous glass walls and geometric details also hosted weddings in the television shows Revenge, 90210, and The O.C.

For additional ideas, get more tips on how to pick a wedding venue and discover 13 movies to get you in a wedding-planning mood.

Be Inspired by Real Weddings at Popular Venue Types

From museums to golf clubs, find out which option appeals to you.

It's one of the biggest decisions for the big day!

Love to travel? Take a memorable trip with loved ones to celebrate your marriage!

How to Handle a Groomzilla During Wedding Planning