As much as you love spending time with your girlfriend's parents, let's be honest: the prospect of asking them for their permission to marry their daughter probably sounds more than a little terrifying! It can be harder than you anticipate to find just the right words to say, as well as the simple task of finding a time to talk to them without your girlfriend suspecting a thing.

As nervous as grooms may be to ask for their beloved's hand in marriage, awaiting a father's response to daughter's hand in marriage is completely worth it if he says yes! Getting married is a huge step and if your bride-to-be's father expects you to ask permission for her hand in marriage, it's a wonderful gesture to perform as a future son-in-law – even if it makes you uncomfortable.

Take comfort in these grooms, whose conversations asking for their daughter's hand in marriage with their future in-laws didn't go exactly as planned – but, they still got a "Yes!" Ladies, give your guy some credit for going through such a nerve-wracking experience! 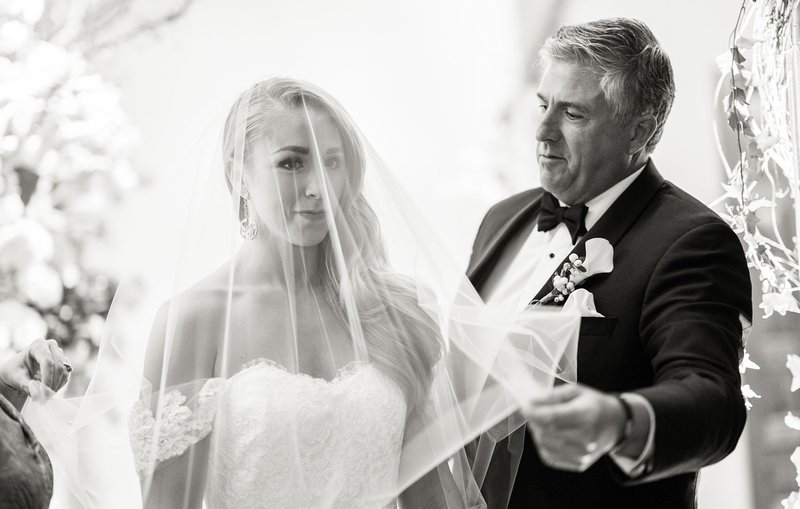 "I called her dad and he hung up on me by accident. I had just bought the ring and it was sitting in my lap. I was like, Do I call back, or is that a sign? We laugh about it now." - Kenneth

"I asked her [mom] if I could marry Aishah. She started laughing and walked off. She turned around and saw I was still standing there and said, 'Oh, you are for real.' We both laughed and I said, 'Yes.' She replied, 'Do you know what you are getting yourself into? You know she can’t cook, right?' I replied, 'Yes' again. She happily gave me her blessing and told me that she would love to have me as her new son." - Curry

"I just went straight to the point and asked him. His response was, 'How old are you?' At the time I was 30 years old. Her father always said no man should get married before they are 30, so I was in luck. His one [piece of] advice: he told me that I better start working out since Patricia was a baker. He said if I liked to eat sweets (hers especially), I would quickly have a problem on my hands." - Anthony

"I took Tracy’s father out for a burger and a bottle of pinot noir at Coq d’Or in the Drake Hotel. I asked his permission to marry his daughter and Bob gave me his approval while reminding me there are no refunds, exchanges, or returns!" - Christopher

"Jayme and I were living in New York City at the time, and I knew I wanted to ask [her dad] in person, so I waited until we were in Chicago for one of her brother's graduations from law school. I tried to do it the first night I was there, but I didnt have any one-on-one time with her dad. So the next morning, as her father was leaving for work, I ran out to the garage and asked him for his approval as he was getting in his car. I definitely caught him off guard." - Andy

"We had travelled with Ella and her family to Hong Kong to celebrate Ella’s birthday. Of course, her father and I practically spent the entire day sitting on couches of different boutiques, staring at the ceiling in utter boredom while Ella and her mother shopped. It was then that I asked her father. He smiled and nodded his head in approval. Then we continued staring." - Samuel

"As we left a restaurant, we had about a 10-block walk back to our car. As Illana walked ahead with her grandma, I quickly took up the opportunity to tell my in-laws about my plans to propose. Illana never even imagined I would have asked her parents when she was 10 feet away." - David

"After a day of golf with her father, we stopped at a pub for a beer and I bought the first round and toasted to his blessing for her hand in marriage. He did a double-take and realized what I had said, and happily accepted." - Mark-Paul

"I called her Dad the night before to ask if we could meet very early that Saturday morning because I knew Amanda would sleep in, and she wouldn’t know that I was even gone. I knew I had about a 30-minute window of time to get there and get back, so I was going way over the speed limit and I got pulled over by a cop. He asked me why I was driving so fast. I told him that I was driving to meet the parents of my girlfriend to ask permission to marry her. He let me off the hook with no ticket. I should use that line more often when I get pulled over." - Travis

"I knew that I had to be very professional and business-like and come with a thought-out plan of action for our lives and strong reasons on why I knew I was the one that could love and take care of Melina for the rest of our lives. Well, he said no, and that he wanted to talk to his wife and Melina and get their thoughts and make sure Melina was ready. I was terrified. Turned out that her dad didn’t understand the typical way a man approaches the prospective father in law to ask for his blessing and that you either get a yes or no, not a 'Well, let me talk to my daughter and get her thoughts…' Things were cleared up, I received his blessing, and I pushed back the proposal so it was a complete surprise for Melina." - Patrick

"I was planning on asking her father at his house the night before proposing. However, when we arrived, my future brother- and sister-in-law said they had an announcement: my future sister-in-law was pregnant. I immediately feared I might give Tracy’s father a heart attack if he found out he was going to be a grandfather on the same night he learned his daughter was getting married. However, sticking to the plan, I built up my nerve and used the excuse that we needed to go out to put the pool cover on to get away from the rest of the family. Once away from the family, I asked/told Tracy’s father I would be proposing in the morning. He was ecstatic, and somehow kept the secret until the next morning." - Justin

"After we got home from dinner, Abbye's dad went upstairs to get into comfortable clothes, and I followed him – telling Abbye I was doing the same. I literally followed him into his bedroom and closed the door behind me. I told him my whole plan, and how I wanted the family to be involved the following week. I am sure he was probably surprised with my not-so-subtle approach, but he warmly gave me his blessing." - Andrew

Before preparing to ask for his beloved's hand in marriage, every groom has a moment when he realizes it's time to propose. Discover how 12 men decided they needed to pop the question!

What Are the Groom Responsibilities When Wedding Planning?

What he needs to do besides show up on time for the ceremony.

Find out what tips the grooms featured in Inside Weddings shared with us!

A Beauty Salon for Every Pre-Wedding Event

A Beauty Salon for Every Pre-Wedding Event