It’s an unfortunate truth that marriage used to be more about an exchange of property than love, but thankfully times have evolved. In the 19th century, the tradition of asking a father for his daughter’s hand in marriage was popularized. Though the romance of becoming husband and wife had reached that time, women were still largely under the control of their parents, so permission to marry from a future father-in-law was required. That is no longer the case, of course, but many people still partake in the tradition to ask a father to marry his daughter. However, nowadays the hopeful grooms typically ask for the father’s blessing as a gesture of respect, rather than feeling compelled to request permission to marry by society.

Just as you may be nervous to propose even after frequently discussing marriage with your beloved, it can still be nerve-wracking to ask for a future father-in-law's blessing or approval, even if you get along great and you expect him to be congenial. In many cases, asking permission is just a formality before you get married; while other couples may think it’s absolutely essential. If your bride is not close with her father or he is no longer with us, consider asking her mother, step parents, family members, or anyone who will play the role of your future in-laws. Your bride-to-be may not even want you to ask her father for her hand in marriage, so if this is the case, consider just involving the family in the process of finding an engagement ring or planning the proposal – both of which can be a nice gesture and bonding experience. 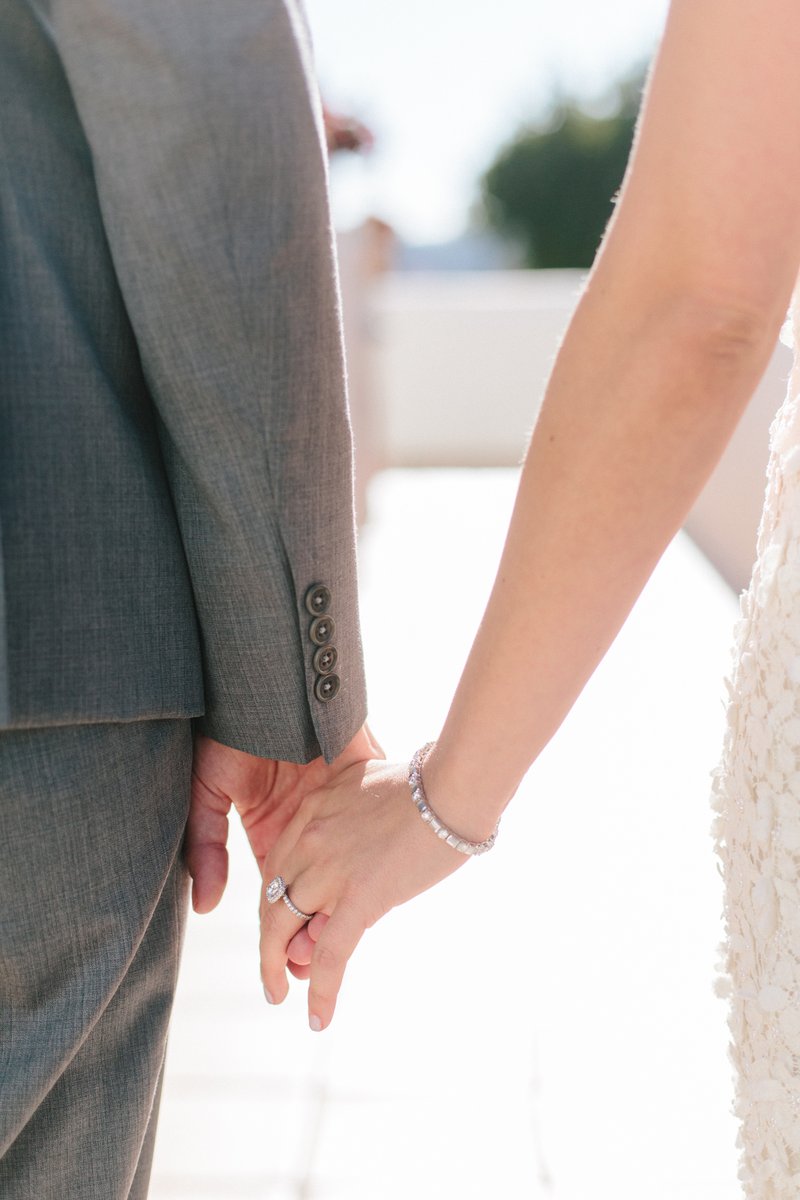 The Dos and Don'ts of Asking for Her Father's Blessing

Does She Want You to Ask Her Father?

- Do find out if your bride even wants you to ask for her father's (or mother's) blessing. Plenty of women are wholeheartedly against it, whether it's because she doesn't want anyone to know about her engagement before she does or because it's against her principles. You certainly do not want the proposal to go poorly based on a misunderstanding.

- Don’t ask anyway if she expresses disdain towards the tradition. If you feel her parents think it's important one way or another, make sure your focus is on your future wife. Let her explain it to her parents if they are upset after your engagement – she's their daughter, and if she explains it to them, they will understand why you didn't ask them first.

When Should You Ask for Permission to Propose?

- Do get together in person if that's possible, or make a phone call if there are too many geographic constraints. With many couples living away from their parents in different states or even countries, we've seen some grooms make surprise trips without their sweethearts knowing, planning the talk while visiting for the holidays or a birthday, etc. As mentioned above, if an in-person ask is in no way possible, a phone call or FaceTime call can be appreciated.

- Don’t ask for her father's blessing the first time you meet the man. This happens frequently on reality TV shows like The Bachelor; however, it should not be done in real life – unless there's a special circumstance. Even if it has to be during the same visit, have it be one of the last things you do before you leave, so her father feels he’s gotten to know you first.

Who Should Be Included & Where Should It Be Done?

- Do make your girlfriend’s mother feel included as well. You can ask her parents at the same time, or if they are separated, ask her primary caregiver first. Many Inside Weddings grooms have also asked brothers, sisters, or even aunts, uncles, or grandparents. A general rule of thumb is to make sure you speak with the family members that your future bride feels closest to in order to ensure you've covered all of your bases, if that's important to her.

- Don’t invite him to your home for this conversation. One way to make the meeting go best is to meet him on his turf, or neutral territory like a restaurant – extra points if you choose one of his favorites! It's also a nice gesture to cover the meal – or at least offer – if you choose to go this route.

How Should You Ask a Father to Marry His Daughter?

- Do keep in mind what kind of man her father is – very traditional or more of an easy-going personality. That will affect how formal you should be during the encounter. We've seen some grooms have formal meetings with their future father-in-laws, while others have the conversation over a couple shots of tequila. Make it work for you and your future family!

- Don’t forget to mention how great of a job her parents did in raising the woman you love. You’re explaining why you want to marry their daughter, so make them feel like they are a part of that. A genuine compliment can go a long way and will be appreciated for years, even after you say "I do."

What Should You Prepare in Case Things Don't Go As Planned?

- Do be prepared to explain your financially stability and plans for the future, because her father will probably ask.

- Don't quickly dismiss him if he does not give his blessing – is it as simple as he doesn't trust any man with his daughter? Is it a religious or cultural difference he can't move past? If so, you and your beloved may have to consider getting married without his approval... But if there's something else giving him pause, find out what it is. He may have a point and you may need to consider it before you propose.

- Do let her parents know when you plan on popping the question, and make sure they don't say anything to spoil the surprise until she calls to give them the good news. You don't want your surprise ruined because someone got too excited and shared the news with another family member (or your bride-to-be!).

- Don’t panic if her parents ask why you want to meet! Simply say you have something important you'd like to discuss. They'll probably already have an idea of what you're going to ask at that point, which may help to ease your jitters.

For more ideas and advice, discover wedding etiquette for parents of the bride and groom, get ideas and read how these real grooms asked their bride's parents for their blessing, and find out what to do if your parents don't approve of your engagement!

"Propose" to Your Bridesmaids with This List of Items

What special things to include in your bridesmaid proposal gift box for your ladies.

Be inspired by these traditional and unique tunes for your processional song.