The decision about whether or not to change your name after marriage is a struggle for many women, despite it being something the majority of men don't consider for themselves due to tradition. Though taking on a married name is the choice that comes with a lot of paperwork, keeping your original name comes with its own set of logistical issues. Typically, this is due to other people’s assumptions: receiving mail or checks with a name that is not legally or socially yours.

The first hurdle to overcome when a bride or groom chooses to keep their maiden name is at the wedding ceremony or wedding reception itself, when you and your beloved are announced as a married couple for the first time. 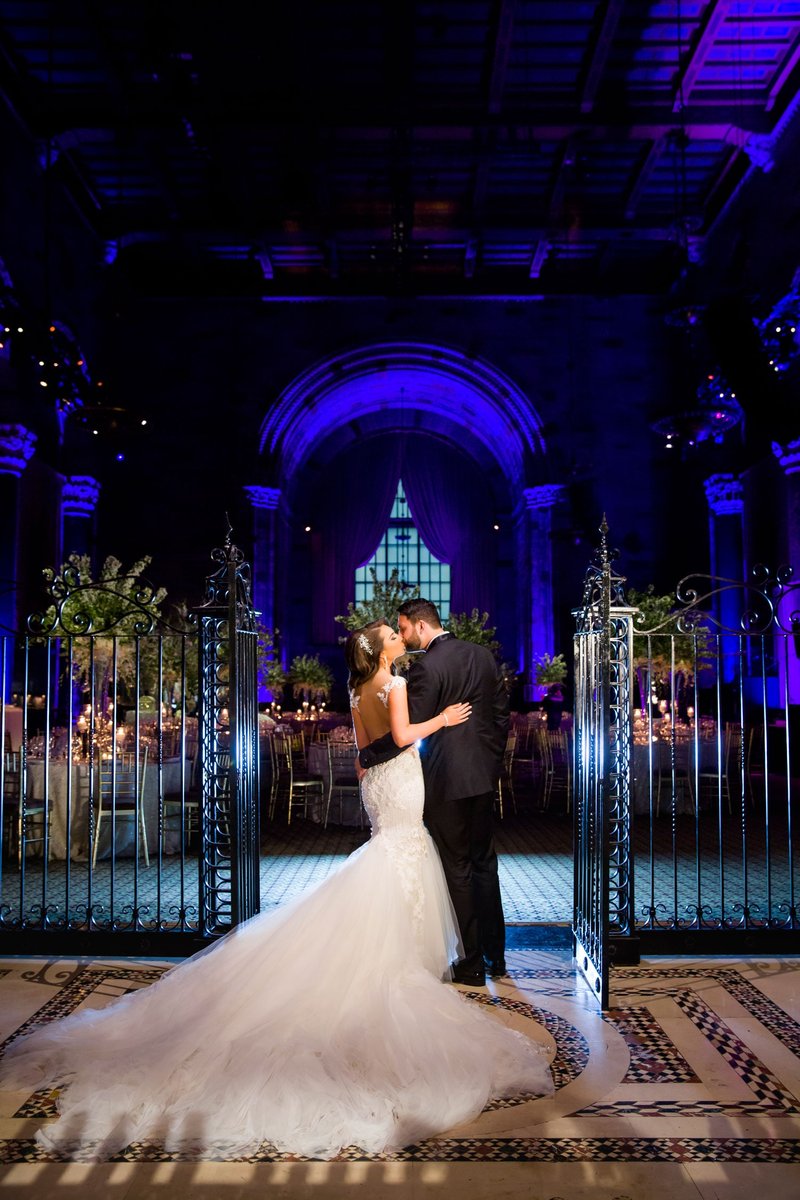 Sometimes this is included at the end of the wedding ceremony, but that can be easily skipped if you would like. If you  choose to not have this announcement with your significant other during your wedding ceremony, you and your new spouse can simply walk back up the aisle after your first marital kiss without a formal introduction.

However, at the wedding reception, most bride-and-groom couples employ a formal announcement as they make their grand entrance into the reception space. Traditionally, the emcee would say, “For the first time as husband and wife, Mr. and Mrs. John Doe!” or the more progressive, “Mr. and Mrs. John and Jane Doe!”  Often, this is followed by a first dance (see some of our couples' favorite first dance song ideas), while other times they join together on the dance floor later and instead head to their sweetheart table or the bride and groom chairs at the head table.

If the bride is choosing to keep her maiden name,  an introduction like the one mentioned above would not be accurate – not to mention the complications that can arise for same-sex bride or groom couples. Thankfully, there are options to make the grand entrance introduction fit for the pair – bride and groom, bride and bride, or groom and groom – it is celebrating. 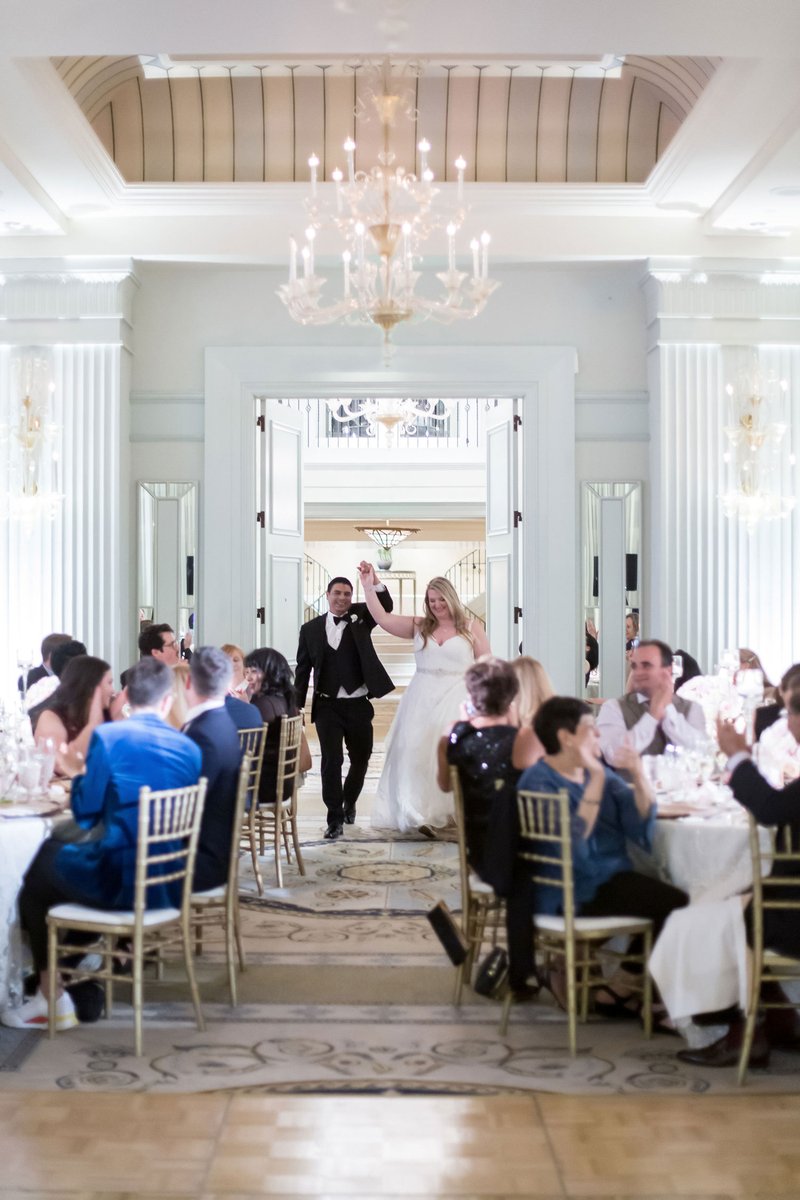 How do you announce the newlyweds during the grand entrance if they're both keeping their last name?

As with any wedding ceremony or reception decisions, the important thing is to make sure your wedding choices represent who the two of you are as a couple and the wedding flow you hope to obtain – after all, that is what the big day is all about.

What to Keep in Mind for a Grand Entrance

Whether you're keeping your last name or not, all couples will need to ensure that they (or their wedding planner) is communicating with their DJ, band leader, or emcee to make sure all of the details are accurate and rehearsed. Before the bride and groom are introduced, the members of the wedding party are often announced first. Make sure whoever is reciting the introductions knows how to pronounce the names of everyone involved. No one wants to be in the position of having to feel like they need to correct anyone.

The typical format for a wedding reception grand entrance order is the following: parents of the bride, parents of the groom, flower girls and ring bearers, bridesmaids and groomsmen, and then of course, the bride and groom. While this order is typical, it is not required. You can either choose to introduce your wedding party or not, but you'll definitely want to be introduced as husband and wife – especially if you didn't have the special announcement of Mr. and Mrs. at your wedding ceremony. An example of a newlywed-only announcement is: "It is my great honor and  privilege to introduce to you [insert names]! Let's welcome them as newlyweds with a round of applause!" At that point, friends and family would often give a standing ovation.

Again, make sure you choose to format your grand entrance the way you want. Modern-day weddings need only follow the traditions that couples want to include. While you should certainly be introduced as newlyweds, you don't need to announce your parents, members of the wedding party, and so on if you don't want to. Just like the choice to keep your last name or change your name, do what feels right to you!

For more ideas and advice, discover nine reasons why someone might not change their last name, as well as the legal steps involved if you do make the switch.

10 Wedding Chair Ideas That Will Add Glamour to Your Reception

Forget fold-up chair rentals and invest in beautiful seating for your wedding guests.

Reception Alternatives to the Bouquet and Garter Toss

If these traditions aren't for you, get ideas for other options.

View these romantic styles to get ideas on how to decorate your sweetheart table.

Is a Yacht Wedding Right for You?