With the finale of The Bachelorette airing tonight, fans all across the country are anxiously waiting to discover which eligible suitor Rachel Lindsay will select. News outlets confirmed earlier that she is, in fact, planning a wedding – so who could the lucky fiancé be? As it stands, Rachel has three options: Bryan, Peter, and Eric. The 13th season of this popular spin-off of ABC’s original show The Bachelor has seen its fair share of ups, downs, twists, and turns – all of which culminate in the three-hour final installment tonight.

Celebrity wedding planner Mindy Weiss – an avid fan of the “Bachelor” franchise – has planned a few celebrations of the show’s alumni, including the nuptials of Trista and Ryan, Ashley and J.P., and most recently, Catherine and Sean. Mindy has also actively participated with the contestants off screen, including hosting a viewing party for The Bachelorette finale last year with Andi Dorfman.

As this season’s end fast approaches, Mindy has a few predictions as to how the potential weddings of Rachel with each finalist might play out – all the way down to their invitations. As a style partner for Wedding Paper Divas, Mindy and the team created three invitation designs for each of the men. See the mock-ups below! 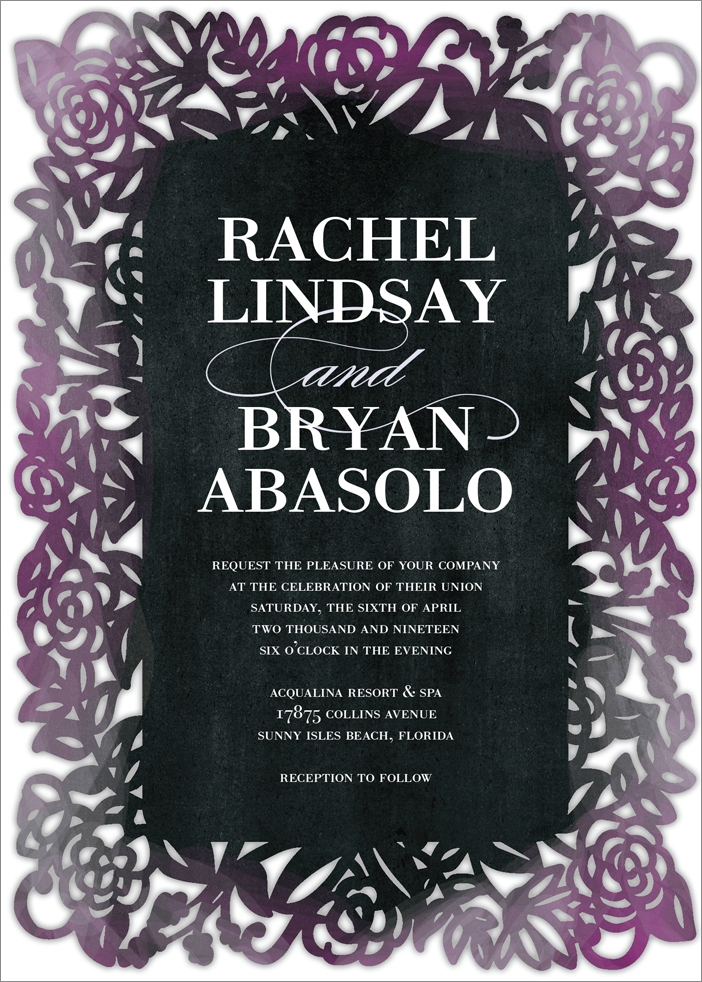 Mindy believes that Rachel and Bryan’s romantic chemistry lends itself to bright, bold colors, which the "Love Overgrown" invite would be perfect for. She predicts a loving ceremony and a sultry reception featuring red roses, a lively Latin band, an alfresco setting, and a formal dress code to match the five-star venue. 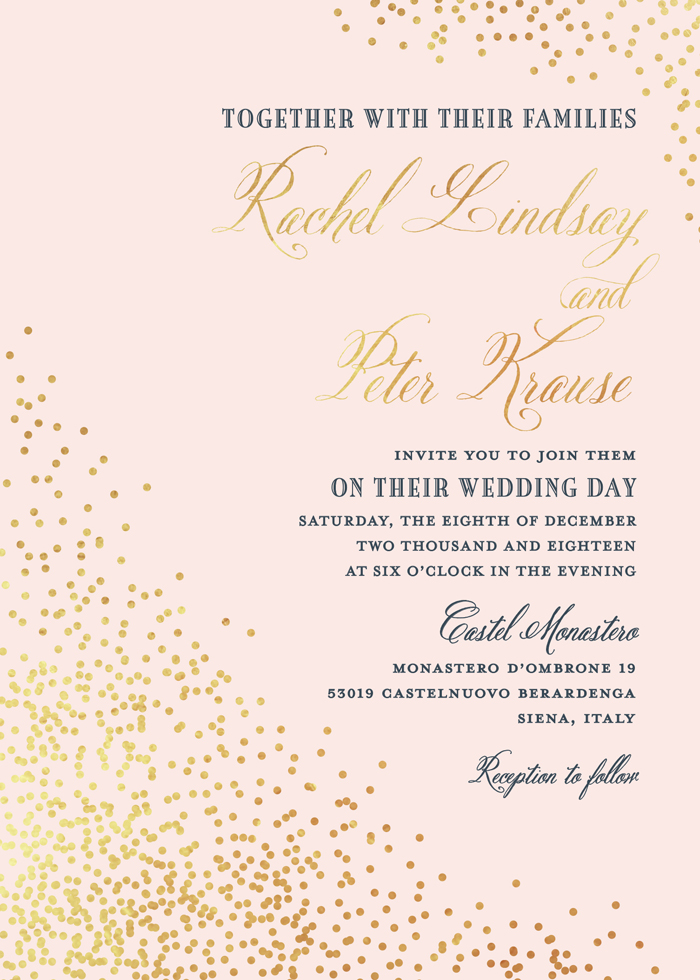 In the case of Rachel and Peter’s nuptials, Mindy believes a destination wedding is on the horizon with guests being invited by way of a style similar to the "Effervescent Sparkle" invite. A smaller, Italian locale will keep the guest list down to just close friends and family, as well as serve as an idyllic backdrop for fairy lights and soft hues of green, blue, and gold. 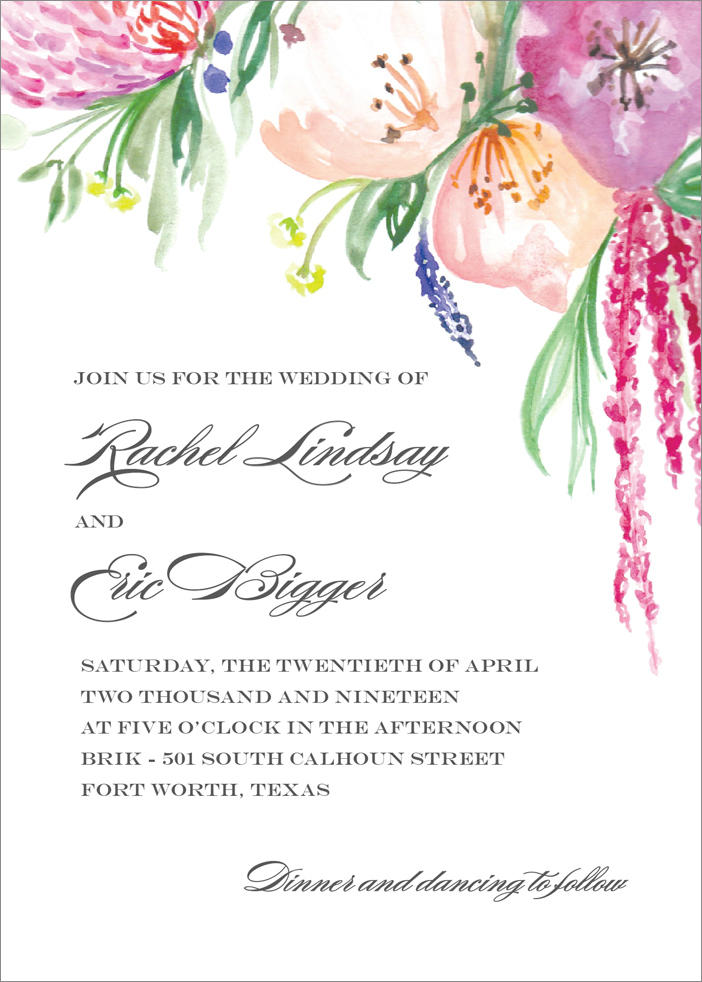 The playful and humor-based nature of Rachel and Eric’s relationship would surely blossom in the bride’s hometown of Dallas, according to Mindy, and have a bright invite similar to the "Cascading Blossoms" design. They would likely host a church ceremony, and the reception would no doubt be filled with color from the floral arrangements of azaleas, roses, and lilac blooms: perfectly accenting the large dance floor.

Sneak a peek inside the luxurious celebrity weddings of Bachelor in Paradise alums Carly Waddell and Evan Bass who just announced they're having a baby, Olympic gold medalist Tara Lipinski, and actress/dancer Julianne Hough.

Adrienne Bailon Is Engaged! Be Inspired by Her Ring