With the finale of The Bachelorette airing tonight, fans all across the country are waiting to discover which eligible suitor Becca Kufrin will select. Becca has shared that she is, in fact, engaged – so who could her lucky fiancé be? After sending fan favorite Jason Mesnick home last week, Becca has two options left: Garrett Yrigoyen and Blake Horstmann. The finale of the 14th season of this popular spin-off of ABC’s original show The Bachelor will air tonight during a three-hour event, and host Chris Harrison has stated that the show will be one of the most dramatic yet.

Celebrity wedding planner and Editors Circle member Mindy Weiss – an avid fan of the “Bachelor” franchise – has planned a few celebrations of the show’s couples, including the nuptials of Trista and Ryan, Ashley and J.P. (who were featured in Inside Weddings), and most recently, Catherine and Sean. Mindy has also actively participated with the contestants off screen, including hosting a viewing party for The Bachelorette finale with Andi Dorfman and a Galentine's Day party with Kaitlyn Bristowe.

As this season’s end approaches, Mindy has a few predictions as to how the potential weddings of Becca with each finalist might play out – all the way down to their invitations. As a style partner for The Wedding Shop by Shutterfly, Mindy and the team have shared invitation designs for each of the pairings. See the mock-ups below with Mindy Weiss' predictions! 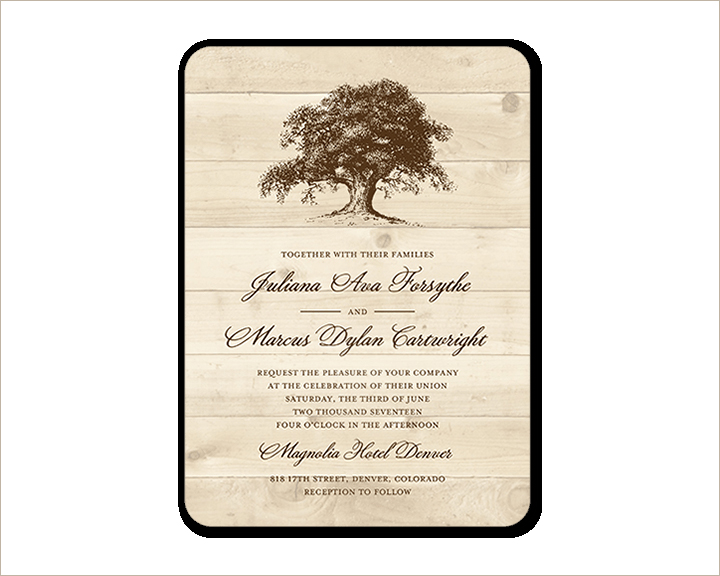 Becca was smitten with Garrett the moment that he stepped out of the limo on the first night, not only because of his sense of his humor but because of his great love of the outdoors. Garrett will share this love with Becca on their wedding day. Mindy predicts a beautiful outdoor ceremony filled with an abundance of lavish greens and the strong scent of oak filling the air. The stunning couple would wed in an opening in the woods in Becca’s hometown of Prior Lake, Minnesota, surrounded by family and friends. Becca would wear a strapless dress, paired with a loose, natural updo adorned with local wildflowers. Though they would likely choose a custom suite, the Rustic Statement Wedding Invitations are a perfect match for this fall, outdoor wedding. 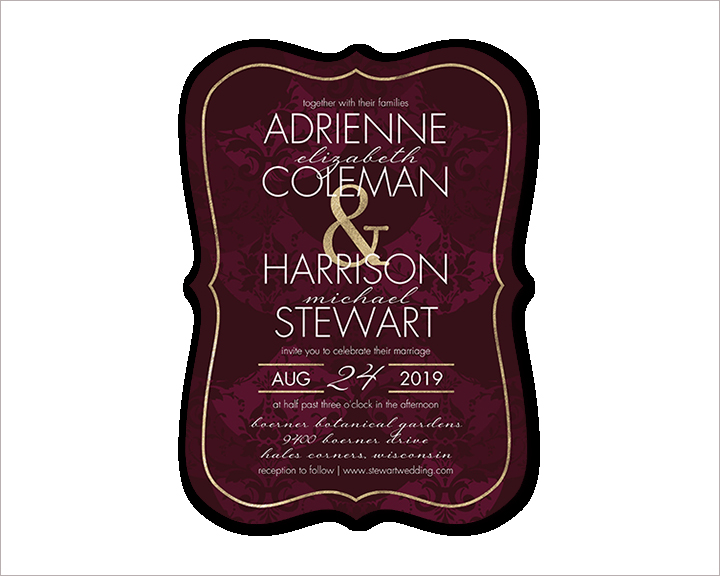 Blake captured the heart of Becca as he rode in on horseback to meet her last season during the After The Final Rose special of Arie's season of The Bachelor when Becca was announced as The Bachelorette. Because of this, it is only fitting that Becca’s wedding to Blake is the fairy-tale wedding fit for a princess. Mindy predicts that Becca and Blake will wed in a formal black-tie affair, where Becca will wear a sleeved gown, in a castle-type venue overlooking the mountains near Blake's home in Denver. The indoor wedding will feature beautiful centerpieces overflowing with deep red roses lit by candlelight throughout the venue, creating a gentle and romantic ambience for the couple and their guests. The Tenderly Textured Wedding Invitations match the romantic color scheme and are the perfect fit for Becca and Blake’s fairy tale wedding.

For more celebrity news, view real celebrity weddings here, and see the engagement parties of Lea Michele and Zandy Reich, as well as the engagement celebration of Cheryl Burke and Matthew Lawrence.

Photos courtesy of The Wedding Shop by Shutterfly

Should You Have Additional Entertainment at Your Reception?