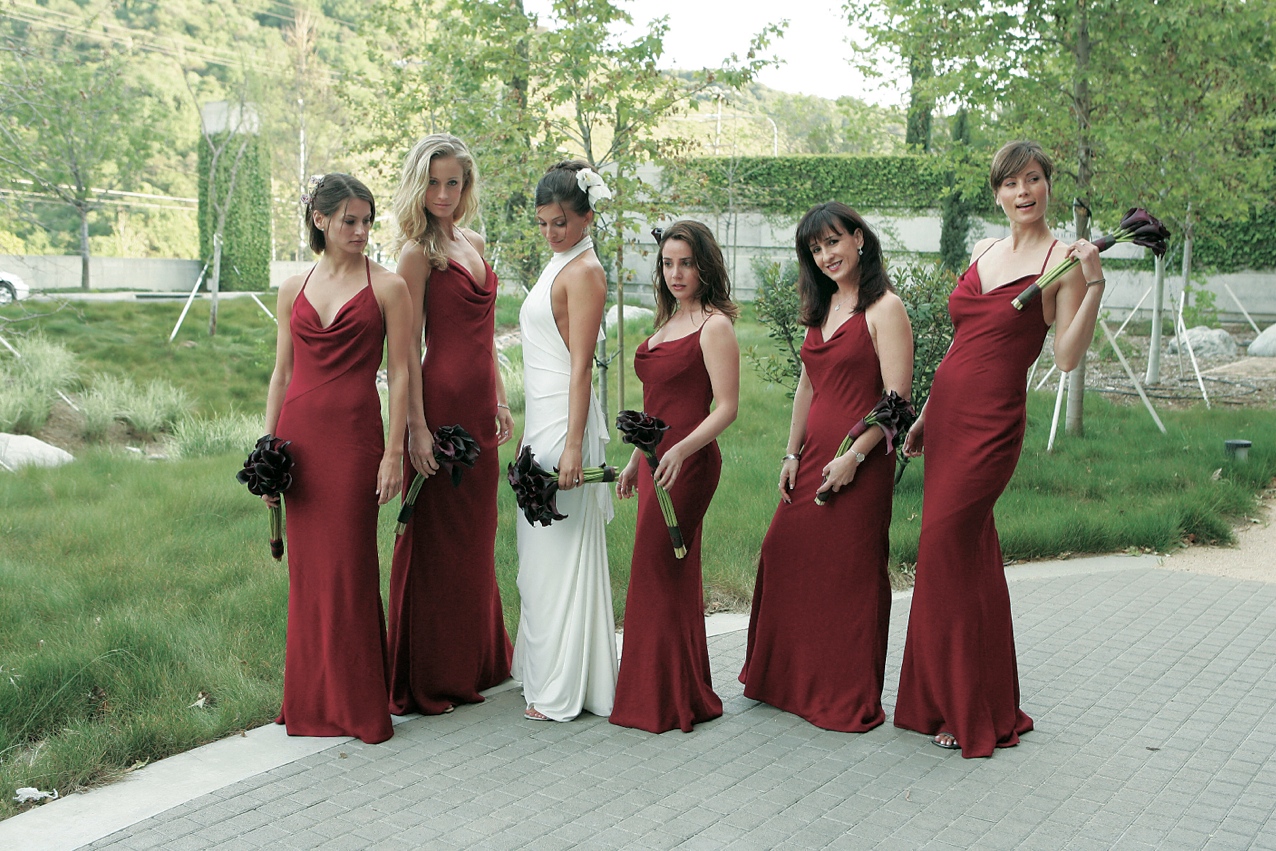 It’s that time of the week once again! To continue our Throwback Thursday series, we examine the wedding aspects of the 1990s. Often referred to as the decade that produced the majority of the Millennial generation, this era was big on music, fashion, and new forms of media. Per the typical “twenty-year cycle” of trends, many of the typical '90s fads have come back into style today – such as choker necklaces, form-fitting spaghetti strap tops, a metallic colors. If you were married in the 1990s, you know that a few of the general trends translated into many couple’s wedding-day styles. As brides and grooms neared the turn of the century, they carved out a niche in history an emphasis on clean designs.

Dresses: The ‘90s were the poster era for minimalistic design concepts – and wedding dresses were no exception. This trend was perfectly exemplified with the sleek dress worn by Carolyn Bessette in her wedding to John F. Kennedy Jr. in 1996. The brides of the decade weren’t as interested in intricate embellishments, layered skirts, or ornate appliqués: they much preferred the simplicity of a slinky, sexier sheath gown in silk. Additionally, this time period saw a rise in the popularity of perfectly cloned dresses, makeup concepts, and hairstyles for bridesmaids, starting the “matchy-matchy” trend. We've since updated that fad to the "mis-matched" bridesmaids looks, featuring coordinating – not identical – ensembles.

Venues: It was more common during this decade for couple to want a getaway, as destination weddings became more en vogue. However, the real rise was in the number of chic elopements. Prior to the ‘90s, elopements were mainly thought of as methods for “unconventional” relationships to play out: teenagers in love, young pregnant couples, or pairs entering into their second, third, or fourth union. The last decade of the 20th century saw an increase in sophisticated elopements for those who wanted an entirely intimate affair.

Beauty & Accessories: Veils were still important components of a bride’s ensemble, though women were starting to get more creative with this accessory in the 1990s through the addition of a headband. This style wouldn’t include a blusher, and simply fall down the bride back. The tulle would be attached to a pliable band with subtle lace detailing or beading, and spill out over the top, creating a cluster of fabric on the back of the head. Princess cut diamonds were also all the rage as far as engagement ring styles were concerned, and women began to play with a wider variety bolder lip shades to complete their look.

Other Details: Due to the high volume of related movies that were released in the ‘90s – such as Father of the Bride (1991), Four Weddings and a Funeral (1994), and My Best Friend’s Wedding (1997)– the wedding industry boomed: it was starting to be considered its own business. This was good news and bad news for brides and grooms of the time – there was far more access to ideas and inspiration for the big day, but this phenomenon also increased the prices of larger wedding components. Cakes with fresh flowers began to pop up at receptions all over the country, while bridal bouquets actually shrunk in size, as women were opting for more simple floral arrangements. For additional fun, newlyweds started to provide disposable cameras at each table for guests to snap candid photos throughout the night – think Monica & Chandler’s wedding in Friends!

Discover Picturesque Spots to Propose Around the World