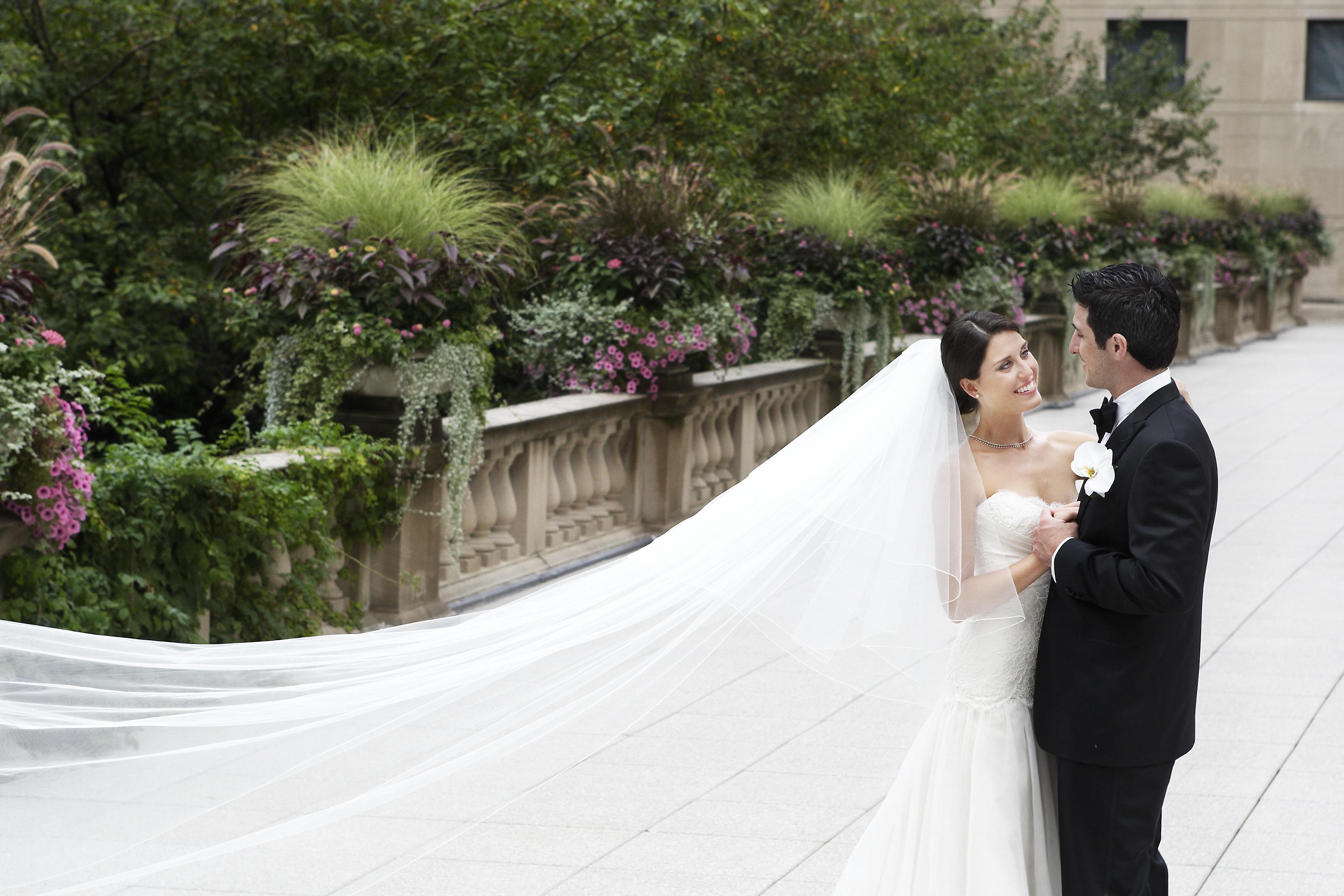 Happy Thursday, brides and grooms! Today, we’re examining the trends and styles of weddings from the 1980s as part of our Throwback Thursday series. It was a decade of big hair and lots of accessories, which translated perfectly into the nuptials of the time. The ‘80s might conjure up memories of childhood for today’s engaged couples, and though the time may seem relatively recent, the fads have definitely shifted. The wedding theme of the decade was, without a doubt, “over the top.”

Dresses: Weddings gowns of the ‘80s boasted plenty of dramatic elements, including larger, puffed sleeves and a plethora of frills around hemlines and lace around cuffs. These grand details accompanied a grander silhouette, as many brides of the decade sought out sizable ball gowns instead of sleeker options. The style icon of the decade was Princess Diana, who donned a ball gown fit for a princess for her wedding to Prince Charles in 1981. As far as bridesmaid dresses were concerned, a bride’s closest girls were typically dressed in similar designs, though often sporting individual colors.

Venues: Before elopements and destination weddings became more prominent, the nuptials of the ‘80s followed a very traditional flow: most ceremonies were held at a religious venue, such as a church or synagogue, and receptions were hosted in a nearby hotel ballroom. The party atmosphere of wedding celebrations really picked up with the popularity of live bands and lively dancing well into the night.

Beauty & Accessories: Along with the larger dresses of the time came equally substantial beauty elements. Brides favored longer church- or cathedral-length veils that dragged behind them as they descended the aisle. Hair was often worn in an updo of some kind with lots of airy curls while makeup often had a few color aspects, like red or pink lips and pastel-hued eye shadow. Some women chose to add bridal gloves into their ensemble – they added just a touch more regal femininity to the overall look.

Other Details: The big details continue! Brides of the ‘80s carried ample bouquets of blooms – this brought about the popularity of cascading bouquets. To add a playful element to the reception, many brides and grooms elected to use balloons in various décor aspects, including archways and stage markers. When it was time for dessert, newlyweds often presents friends and family with a cake featuring anywhere between four and eight tiers – by the end of the decade, the bigger confection, the better! Additionally, the ‘80s saw the start of the wedding videography business: as video cameras became more accessible, professional wedding cinematographers began popping up nationwide, providing wedded pairs with an invaluable memory of their big day.

10 Ways You're Irritating Your Bridesmaids

Beds for Newlyweds: 7 Tips for Buying Your First Mattress Together