The process of auditioning for a show like American Idol is both exciting and stressful, even before contestants make it to the live performances. During “Hollywood Week,” aspiring singer Johanna Jones tells producers how her beloved boyfriend Matt Zavoral is not able to be there to cheer her on, as he’s taking his final exams for his last semester at university. She mentions that she thinks he is The One, and her love for him comes through even just talking to the producers. She then performs a stirring rendition of “Wicked Game” by Chris Isaak. Once she concludes, Matt walks onto the stage with a microphone in his hand while holding a ring box behind his back. Johanna is overcome with emotion just to see him, and all three judges appear shocked. “I haven’t been here all week because of exams,” he shares, “but I couldn’t wait another day.” He gets down on one knee and asks her to marry him as her parents watch from backstage.

All three judges get up and congratulate the couple; Lionel Ritchie and Luke Bryan shake Matt’s hand while Katy Perry shouts “Oh my God!” looking at Johanna’s beautiful double halo ring. The father of the bride confirms with the country star that Matt got his blessing first. Having cried through the proposal, once the happy couple leaves the stage, Katy proclaims that she needs her makeup touched up. As the makeup artist gets to work, the pop star jokingly cries, “Why won’t someone love me like that?” Little did she know, Orlando Bloom would propose to her only a few months later! 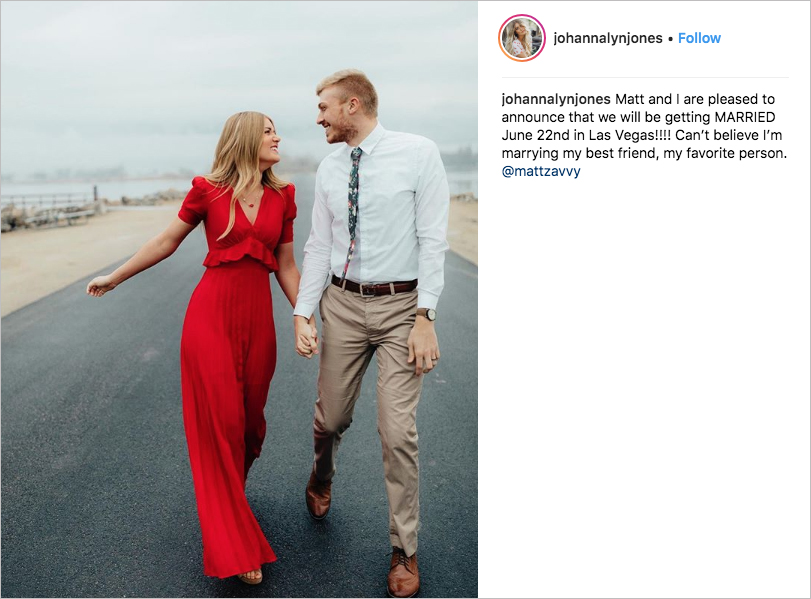 As for Johanna, she has two major things to celebrate. Not only did she get engaged, but she gets to move on to the top 40 round in Hawaii! On her Instagram account she recently announced that she and her fiancé will be getting married in her hometown of Las Vegas on June 22nd. Congratulations to the happy couple!

See a proposal that occurred during The Voice and watch Taylor Swift perform at an engagement party!

How to Choose Jewelry to Pair with Your Wedding Dress