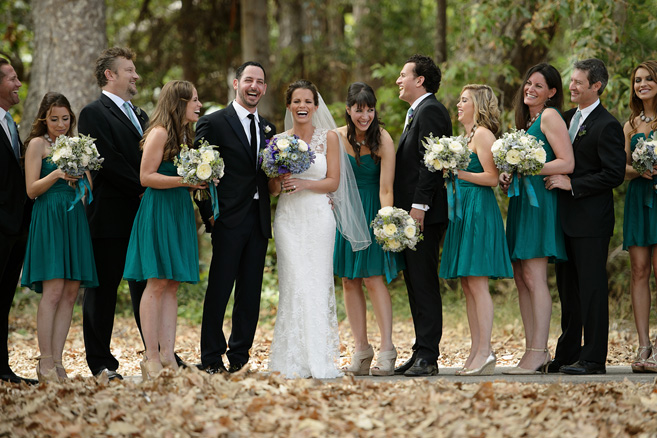 We've all heard bridesmaid and groomsmen horror stories: unattractive attire, mandatory gifts and shopping trips, expensive travel, and stressed-out brides-(and grooms)-to-be. With such negative press, you'd think all members of the bridal party are simply rolling their eyes, counting the days until the wedding is over and their job is complete. But couples can breathe a sigh of relief. A survey of 1,000 bridesmaids and groomsmen by Wedding Paper Divas found that members of the wedding party overwhelmingly love their experience. Ninety-six percent of respondents said their efforts on the big day were appreciated, and only two percent reported having a negative experience.

Between bridesmaids and groomsmen, it appears the men are having the best time. Not one best man reported having a negative experience, despite the fact that they spend an average of 40 hours helping the groom.

Interestingly, 71 percent of respondents said they were actually surprised to be asked to be in the wedding party. And lest anyone forget that serving as a bridesmaid or groomsman is a time-consuming job: an average of 143 wedding-related texts and 87 emails are exchanged throughout the planning.

Before selecting your wedding party, make sure you know exactly what to expect of each member. And after the big day is over, don't forget to thank your attendants for their hard work with fun gift bags or monogrammed trinkets!

Watch a Cute Wedding Speech Made by a Little Girl