The cast of Game Night is having a good month. First Rachel McAdams surprises everyone with the birth of her first child, and now Kylie Bunbury announces that she is engaged! The Canadian actress shared a series of photos on her Instagram account: first a playful shot showing off her diamond engagement ring, followed by laughter before breaking down in happy tears. 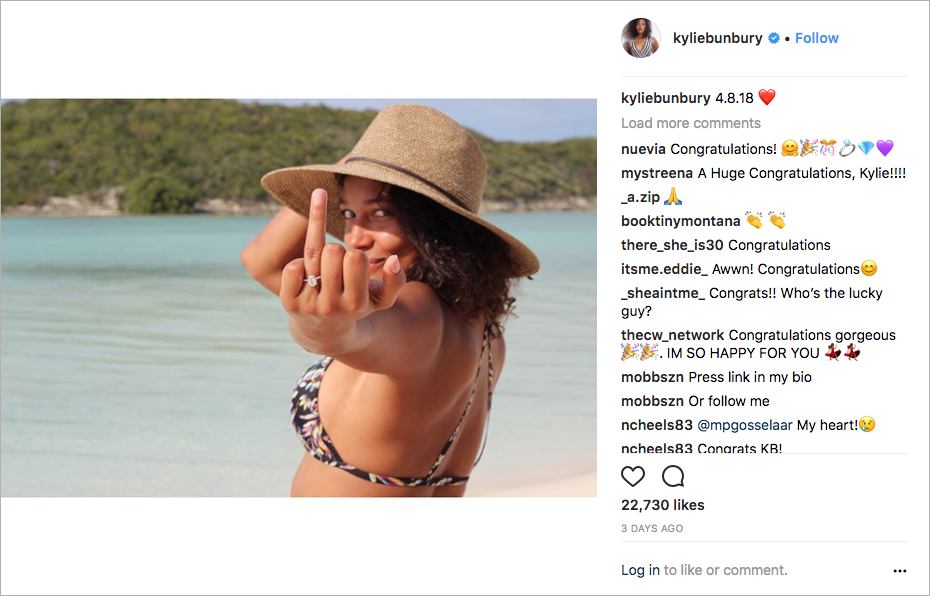 Given the tropical backdrop of the pictures and her previous post, it appears that her new fiancé Jon-Ryan Alan Riggins popped the question on a relaxing beach vacation in the Bahamas. The actress not only flaunts her new sparkler, but also her chic swimwear and adorable sunhat. 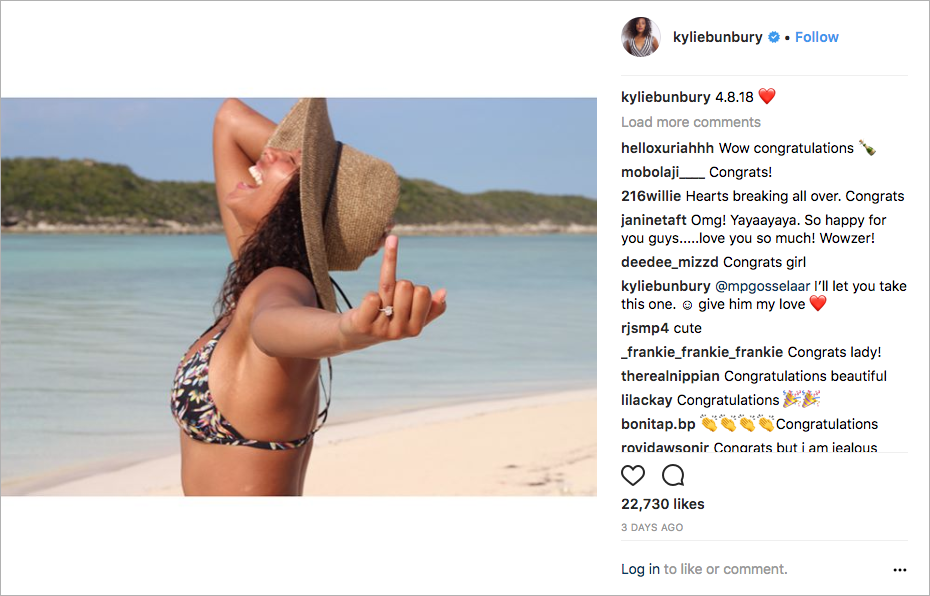 Prior to her breakout role in the star-studded comedy, Kylie appeared in Under the Dome and starred in the television show Pitch. Her costar in the drama about the first woman to play in major league baseball was Mark-Paul Gosselaar, whose own wedding happened to have been featured in our Spring 2013 issue. 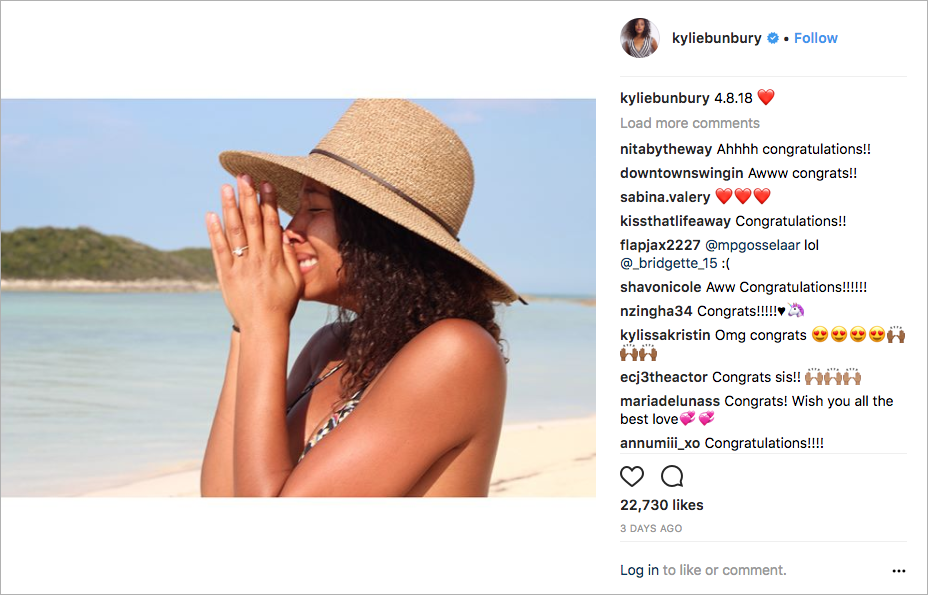 The bride-to-be was stunning in white for her movie premiere, so we can’t wait to see what she chooses for the big day!

Learn more about Danielle Fishel's recent engagement and read about the lucky members of the public who were invited to the royal wedding.