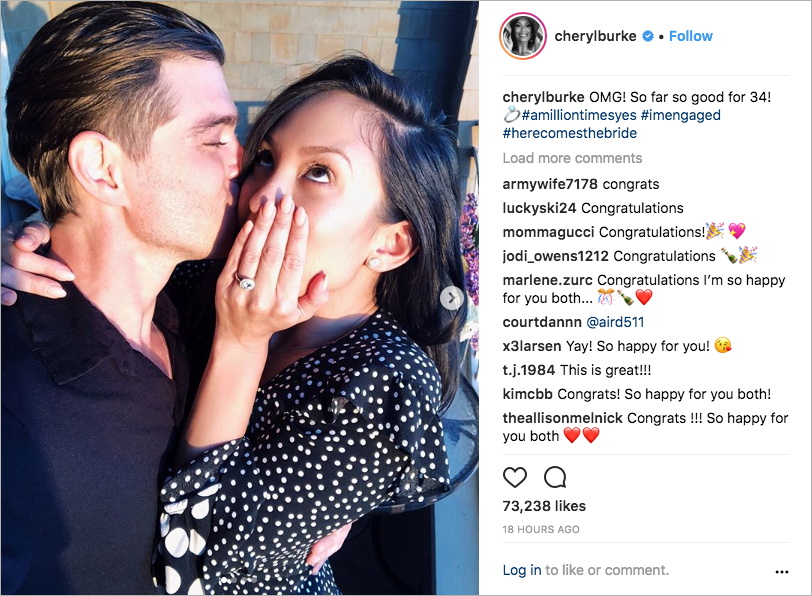 Just like spring, love is in the air! Dancing with the Stars’ Cheryl Burke just announced her engagement to Matthew Lawrence. The actor – perhaps best known as a child actor in Mrs. Doubtfire, the series Brotherly Love with his brothers Joey and Andrew, and as the heartthrob of the later seasons Boy Meets World – proposed shortly after Cheryl’s celebration of her 34th birthday. 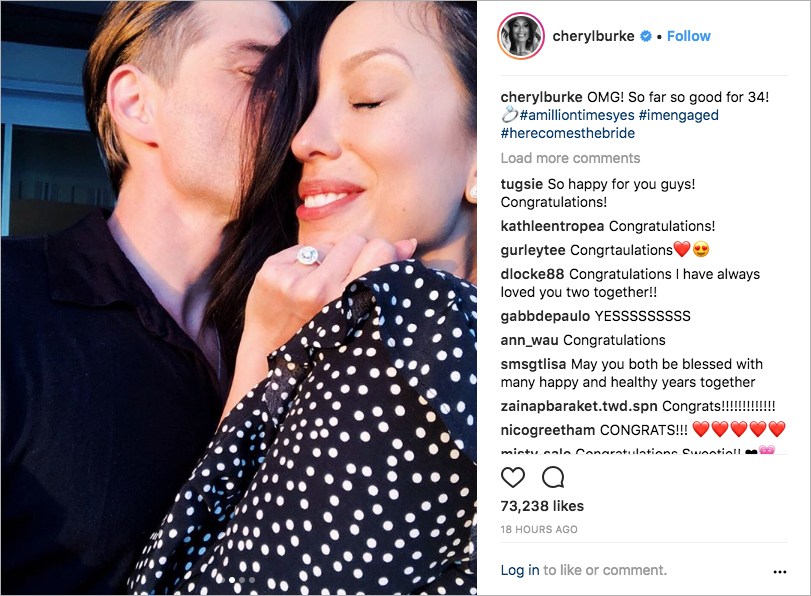 Though the bride-to-be shared two photos showcasing their post-engagement bliss, it’s Matthew who really showed off the ring on his Instagram. The sparkler is made from a large round diamond with a delicate halo and a pavé setting. Cheryl’s manicure looks perfect with a seasonally appropriate peach hue and on-trend almond shape. 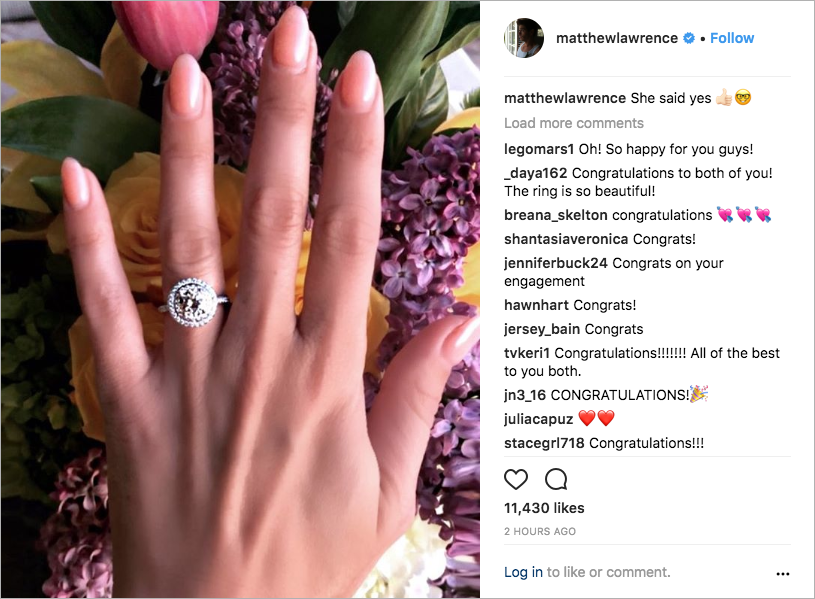 The couple originally got together over a decade ago, when the soon-to-be groom’s brother Joey Lawrence was a contestant on Dancing With the Stars and introduced the pair. They dated for about a year before they parted ways, but reconnected on New Year’s Eve 2016 and have been going strong ever since!

How the Stars Get Prepped for Their Wedding Days