After two years of dating, equestrian Karl Cook has proposed to Kaley Cuoco, star of The Big Bang Theory, on her 32nd birthday. As Kaley also owns horses and has a passion for riding, it was clear the shared interest bonded the pair from the start. They also have several dogs between them, so don’t be surprised if the wedding features more than a few of their beloved animals! 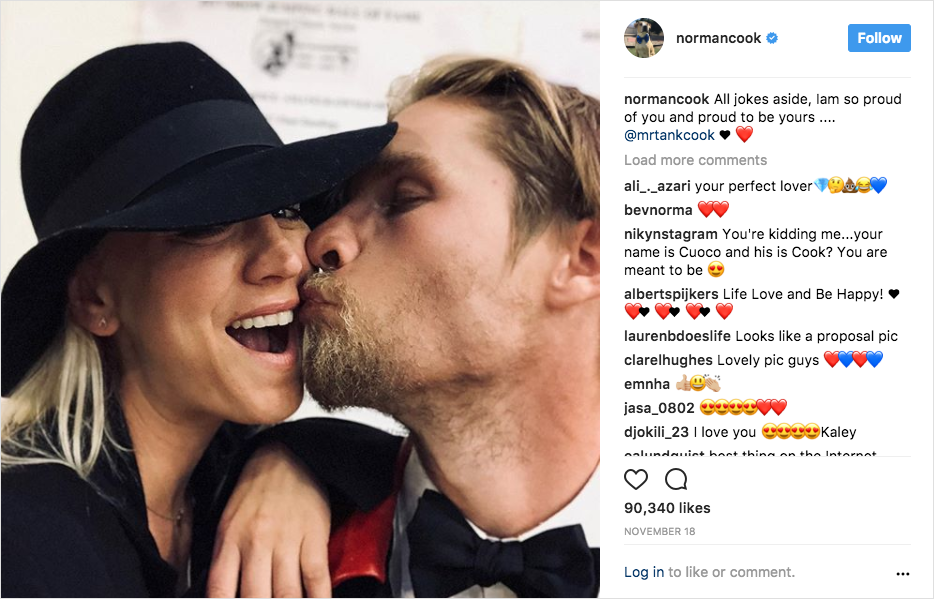 The couple frequently shares playful photos with each other on their social media accounts. Usually the pair can be seen either relaxing at home or on outdoor adventures. When it came time for Karl to pop the question, it appears he went the at-home route, judging by the video he shared on Instagram, which looks to have been taken immediately after the proposal. Kaley looks comfortable in a black tee shirt, jeans, and her blonde hair in a messy ponytail. She is clearly overcome with emotion in the clip, crying tears of joy as she looks down at the ring on her hand. In good humor, Karl points out that his bride-to-be hasn’t actually answered yet, and she gives an emphatic “yes” through her tears. In the background, a couple of people can be heard laughing and clapping – perhaps there was a low-key get-together for Kaley’s birthday? 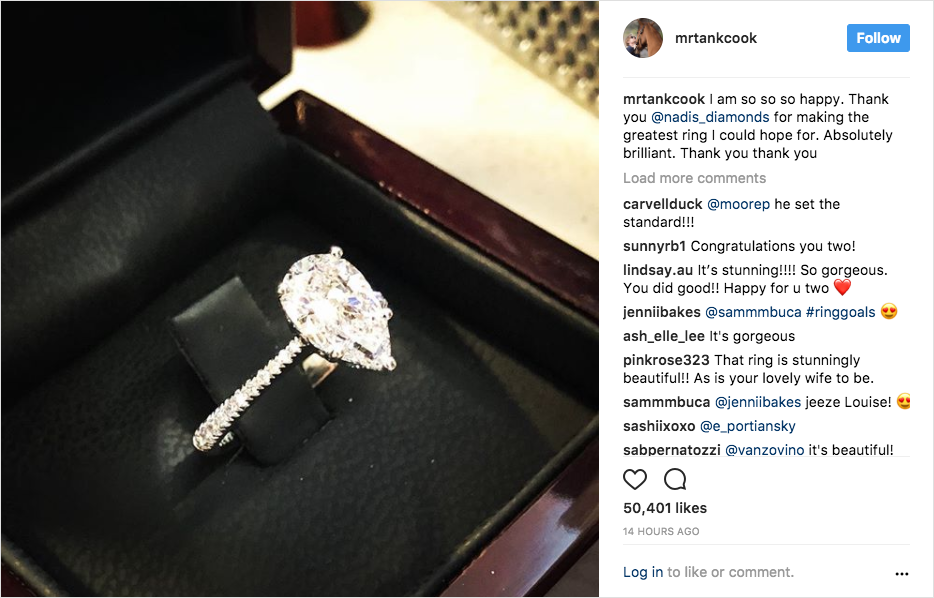 About an hour before sharing the video, Karl gave fans a sneak peek at the news by sharing a picture of the stunning engagement ring. The tapered pavé setting leads to a gorgeous pear-shaped diamond. The flattering shape has become quite the popular style lately – it was about six weeks ago that Joe Jonas proposed to Sophie Turner with a similar ring. And while it’s certainly a flashier look befitting of her personality, “Bodak Yellow” rapper Cardi B wears an engagement ring from Offset of the rap group Migos that not only has an eight-carat pear diamond, but also features two pear-shaped side stones. Don’t be surprised if more pears show up on your Instagram feed as engagement season is now in full swing!

Romantic and Touching Vows from Our Favorite TV Shows