Major Crimes, the highly rated spinoff of critically acclaimed show The Closer, may be on its sixth and final season, but the show is going out in style. Fan favorite Lt. Andy Flynn, played by Tony Denison, is set to marry his beloved Capt. Sharon Raydor, played by series lead and two-time Oscar nominee Mary McDonnell. In the episode airing tonight on TNT, the couple playfully known as “Shandy” to fans of the police procedural will tie the knot in a traditional church wedding. 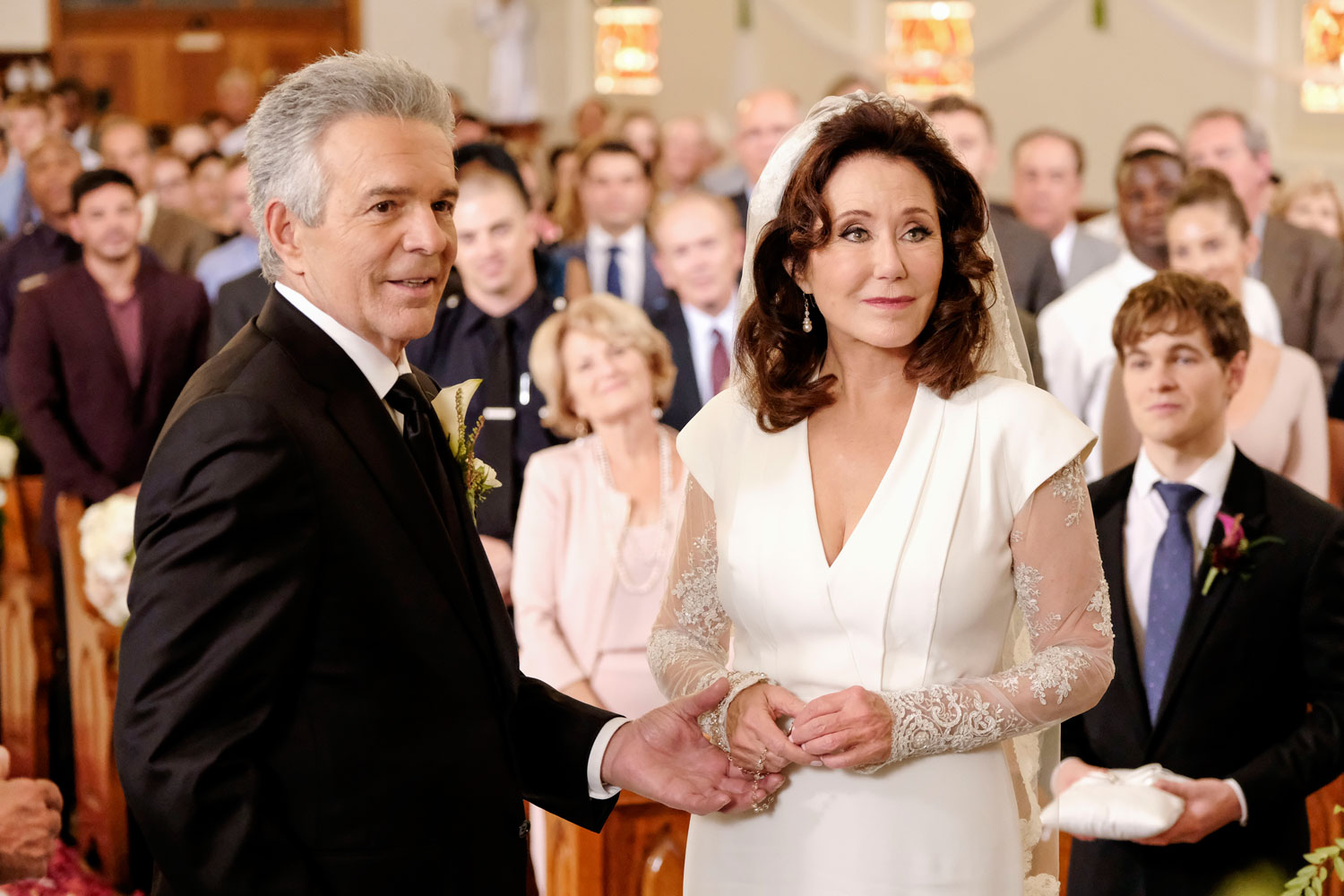 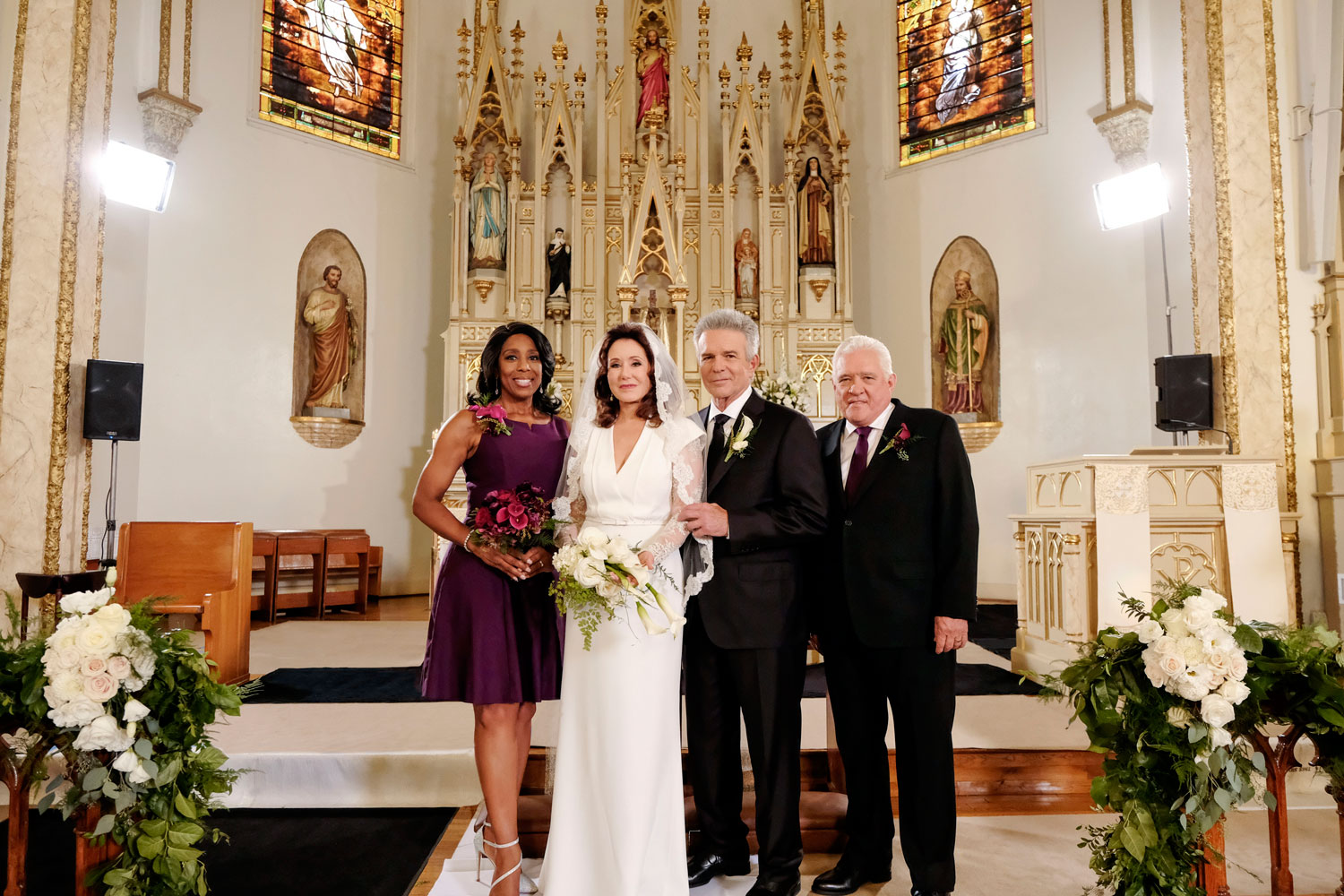 Lt. Louis Provenza (G. W. Bailey) naturally serves as the best man to Andy, while Dawnn Lewis as Patrice Perry returns to the show in order to serve as Sharon’s maid of honor, donning a chic knee-length dress in a seasonally appropriate plum shade. The bride wears a lovely V-neck crepe down with sheer lace sleeves by Alexander McQueen, and her mantilla veil fits perfectly with the Southern California nuptials. Calla lilies feature prominently, with the bridal bouquet and groom’s boutonniere featuring the elegant ivory bloom, while the bridesmaid bouquets and boutonnieres of the groomsmen include a vibrant magenta variety.

With the beauty of the church, not much décor is needed to add to the space. However, there are lovely arrangements of cream roses and verdant greenery intermittent along the pews. 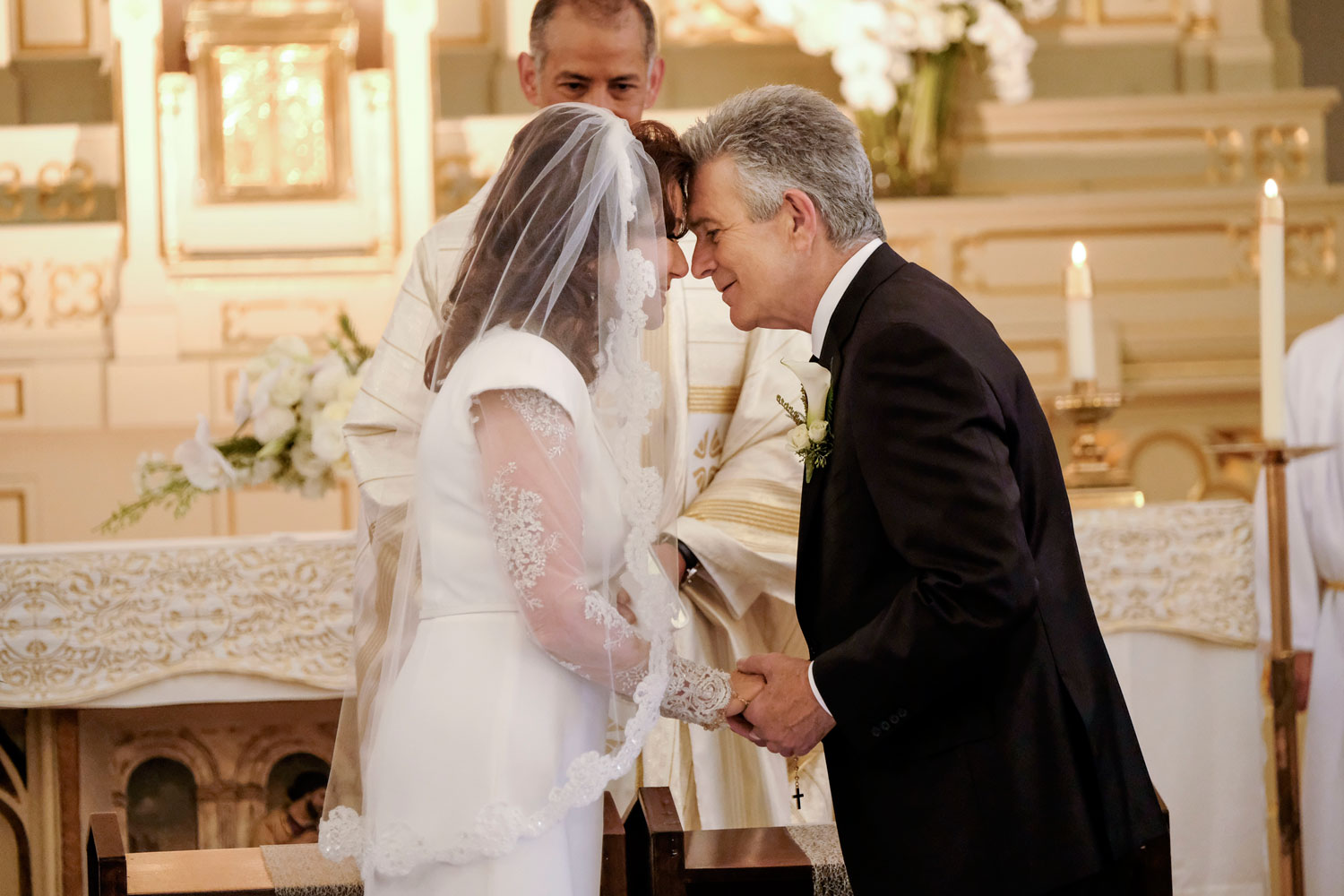 These sneak peek photos show what looks to be a touching vow exchange, but we can’t wait to watch the episode tonight on TNT at 9PM ET/PT to see how it all plays out.

For more TV weddings, see what Lucy Hale wore in the finale of Pretty Little Liars and discover the details Olivia Pope's dream wedding on Scandal.

The Top 7 Bridesmaids from Movies & TV

If they weren't fictional, we'd want these ladies in our wedding party!

The Worst Weddings from TV Shows

Watch clips from fictional weddings you wouldn't wish on your worst enemy.

Heartfelt lines from your favorite TV series to highlight in your nuptials.

How to Involve Your Brother in Your Wedding