Game of Thrones fans may miss the chemistry between Ygritte and Jon Snow, but their real-life counterparts, Rose Leslie and Kit Harington, have finally announced their engagement! Rumors had been swirling for weeks, but the news was confirmed when the couple went the classic route with an engagement announcement in their local newspaper. 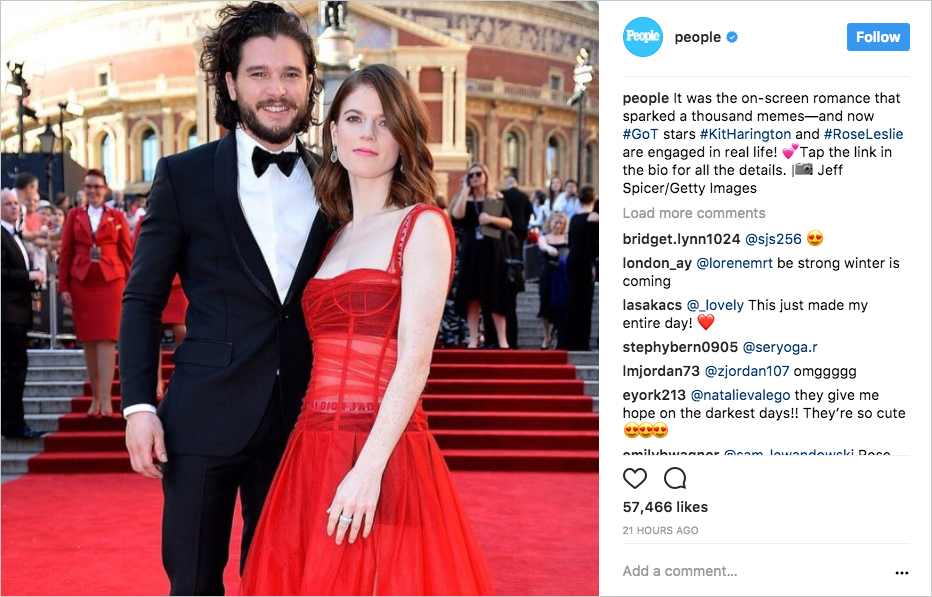 The pair fell in love on set of the hit fantasy show, filming on location in Iceland. The small Nordic island country has recently become a popular travel destination and has been the site of many proposals and destination weddings. In our post predicting which celebrity couples would get engaged in 2017, we posited that they might choose to marry in the land where they met. Given the traditional announcement, however, we could also see a classic wedding in the coastal city of Aberdeen, Scotland – the bride’s hometown. The real question will be if the groom takes any inspiration from the celebration – featured in our real weddings section – he happened upon while staying at a luxury hotel for the 2016 Emmy Awards. 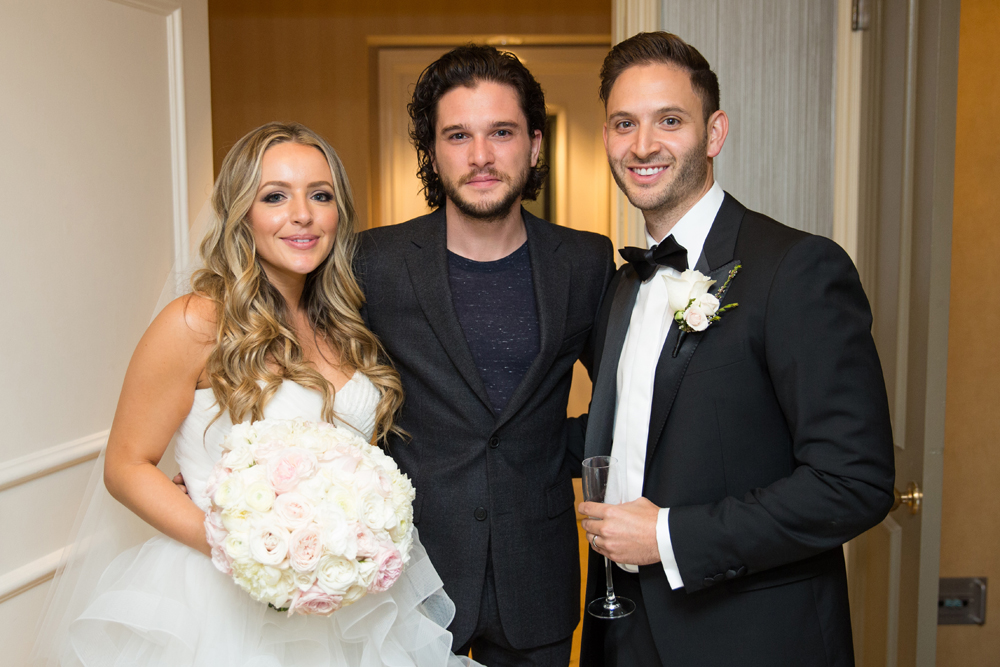 Perhaps most excited about this engagement will be Nicole Kidman! The A-Lister appeared with the King of the North himself on a special London edition of The Late Late Show with James Corden back in June. When Kit shared how Rose had moved in with him, Nicole made it clear what she thought the next step should be. “Are you going to get married?” she asked as the actor blushed. “I just think it’s kind of nice if you’re going to live together to at least get engaged,” adds Nicole. “I’ve been put on the spot by Nicole Kidman,” Kit says in disbelief. Apparently the pressure worked! Or, of course, he may have already put the plans in motion by then. Grooms often report having a hard time keeping an upcoming proposal secret – imagine having to do so after being questioned by a movie star on national television! Watch the full clip below and see if you can figure out if Kit already had intentions to propose.