Paris held the key to their hearts! Over the weekend, songstress Adrienne Bailon – formerly of Disney Channel’s The Cheetah Girls, the girl group 3LW, and current co-host of the Fox talk show The Real – and Christian music singer, songwriter, and producer Israel Houghton officially tied the knot in France. After going public with their relationship in April of this year, the pair received some criticism, as Israel was only very recently divorced from his ex-wife. However, the couple let their spark grow, and after being friends for nearly 10 years and dating for a few months, Israel popped the question in front of the Eiffel Tower in August.

Adrienne and designer Walter Mendez worked together to create her custom gown: a strapless mermaid silhouette with sequined accents on the bodice and lace throughout her 20-foot train. Everything about the star’s bridal look was dramatic and elegant – a concept most brides strive for on their big day. To help you create that magic in your own ensemble, below are 12 gowns that debuted during this season’s New York Bridal Fashion Week featuring trains of varying lengths and styles that are sure to wow! Be sure to click on the photos to see more from these designers. 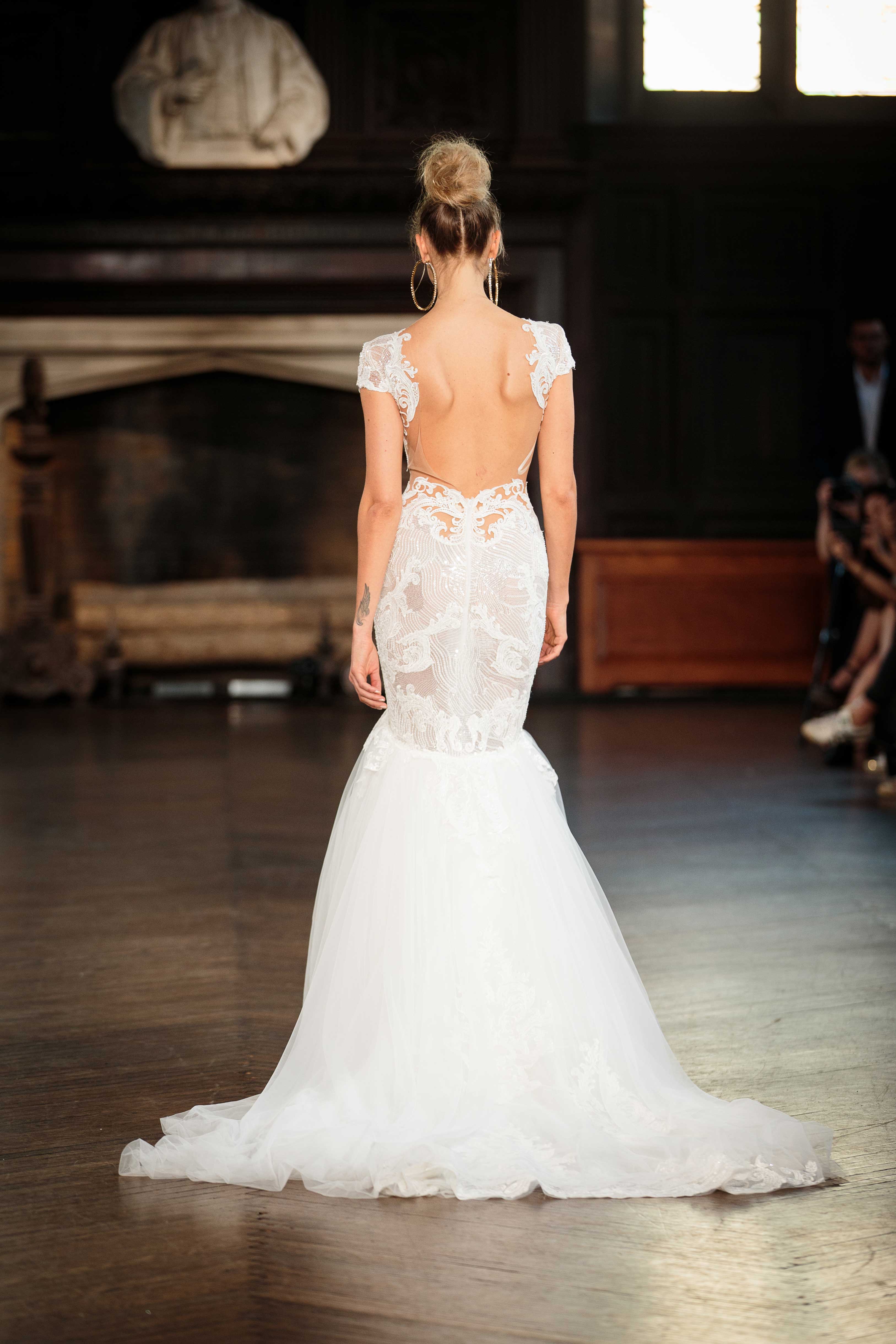 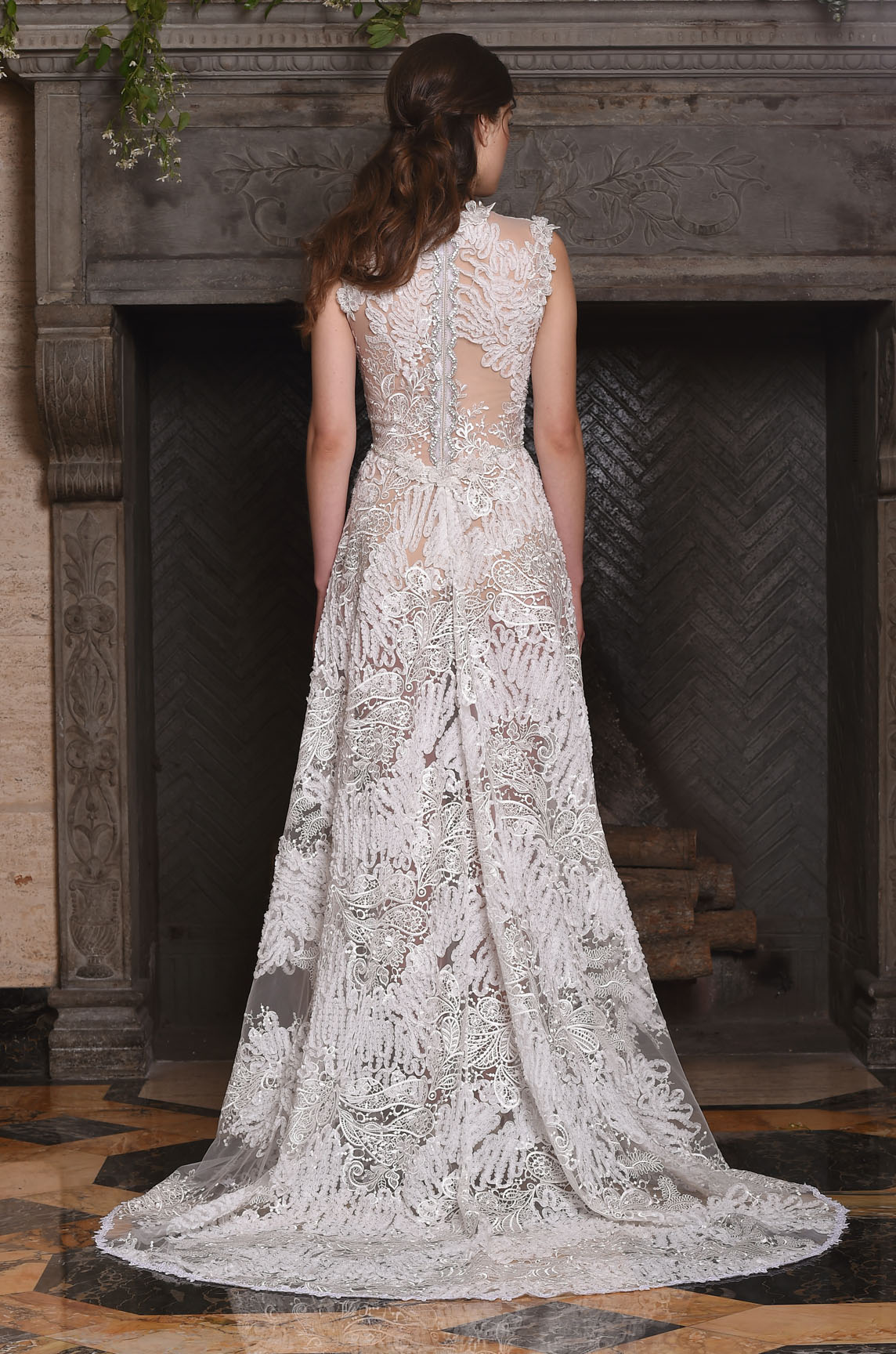 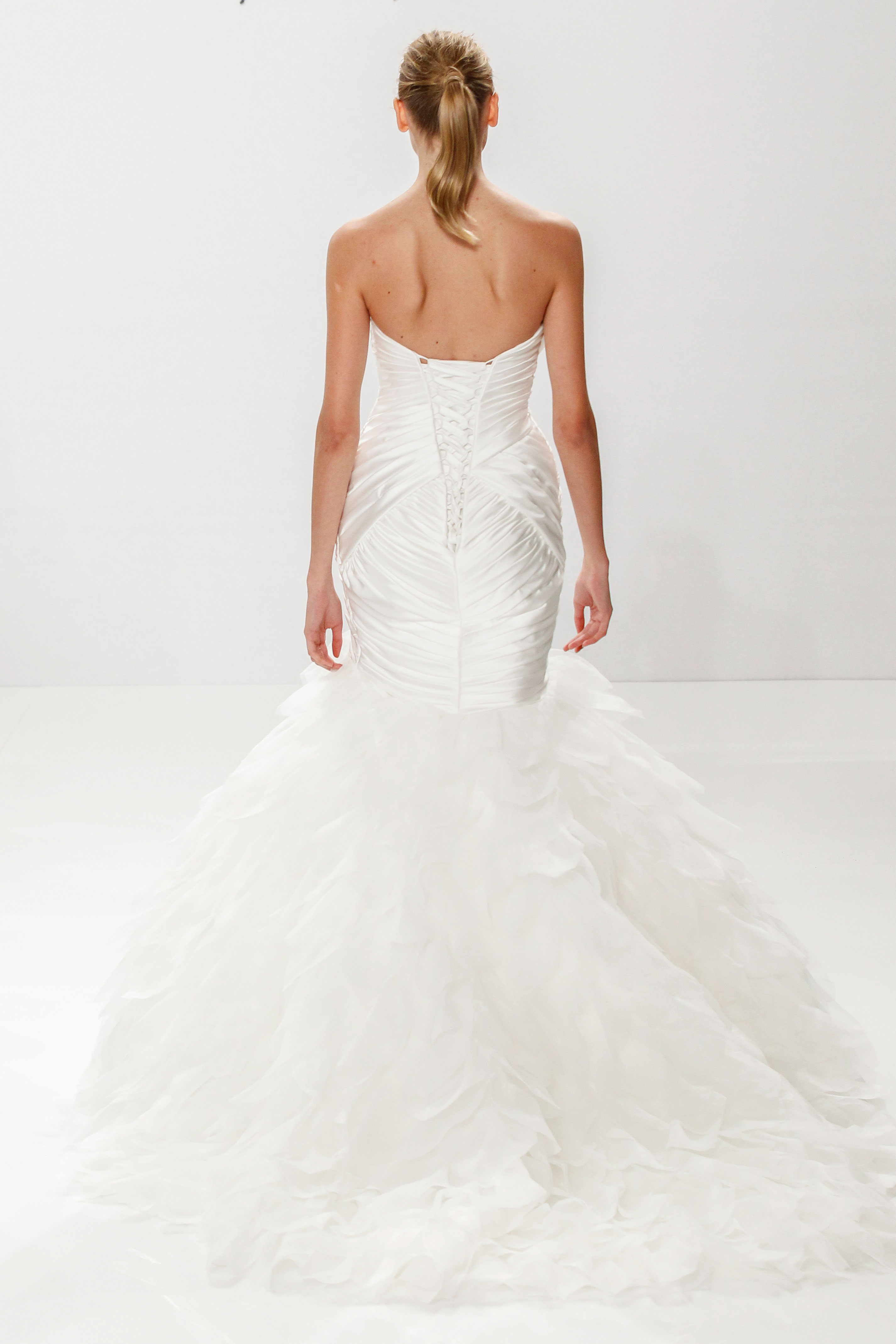 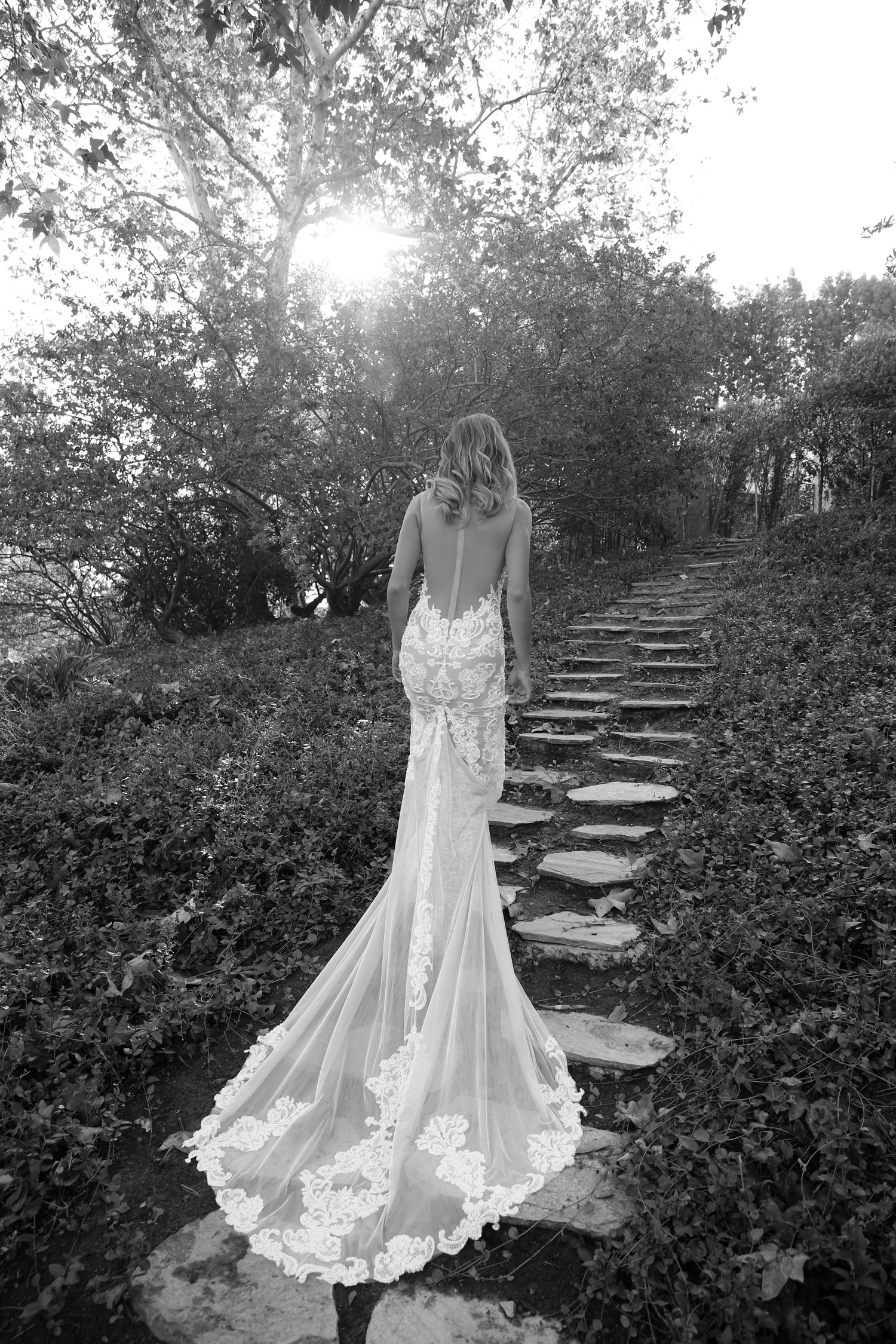 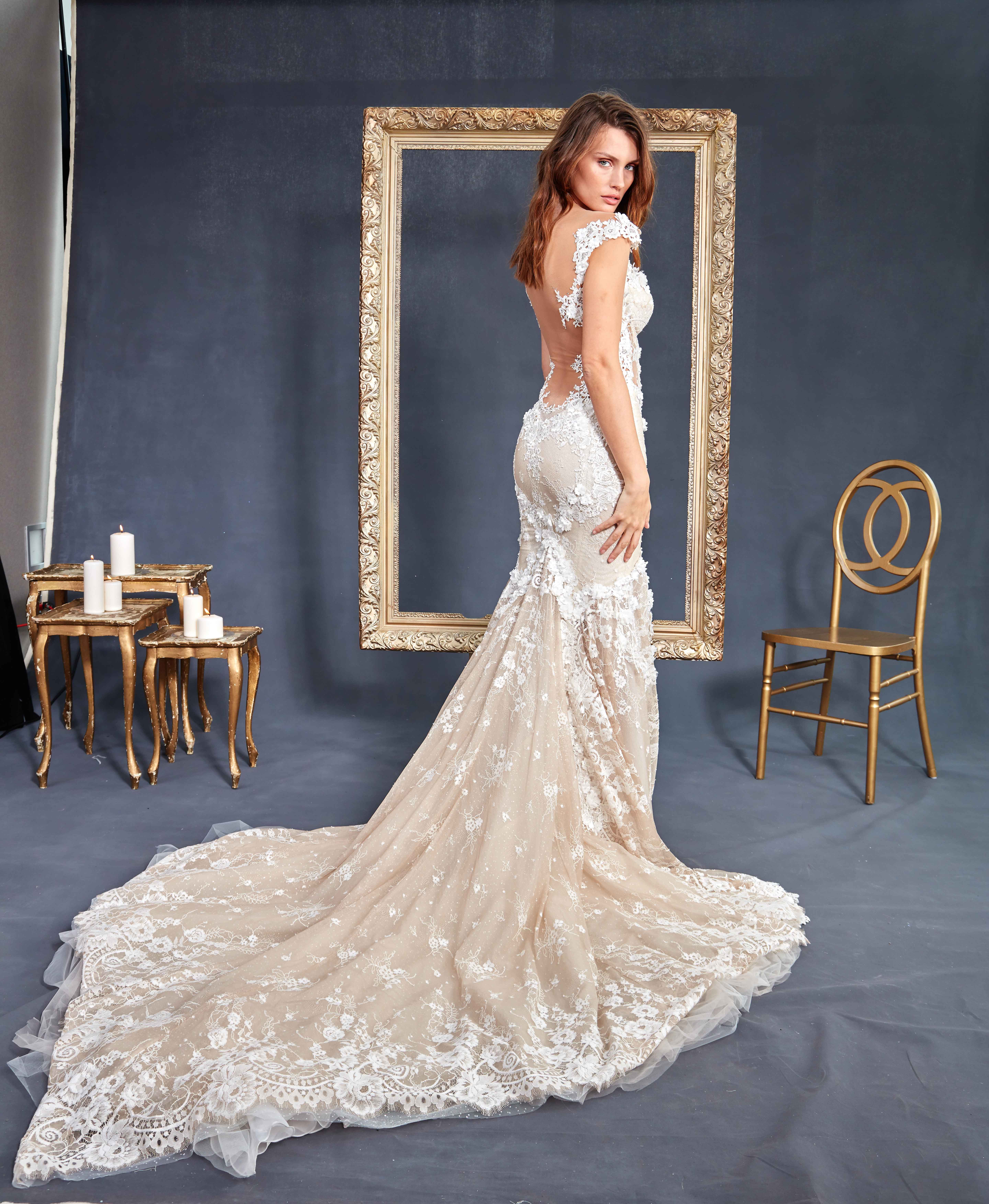 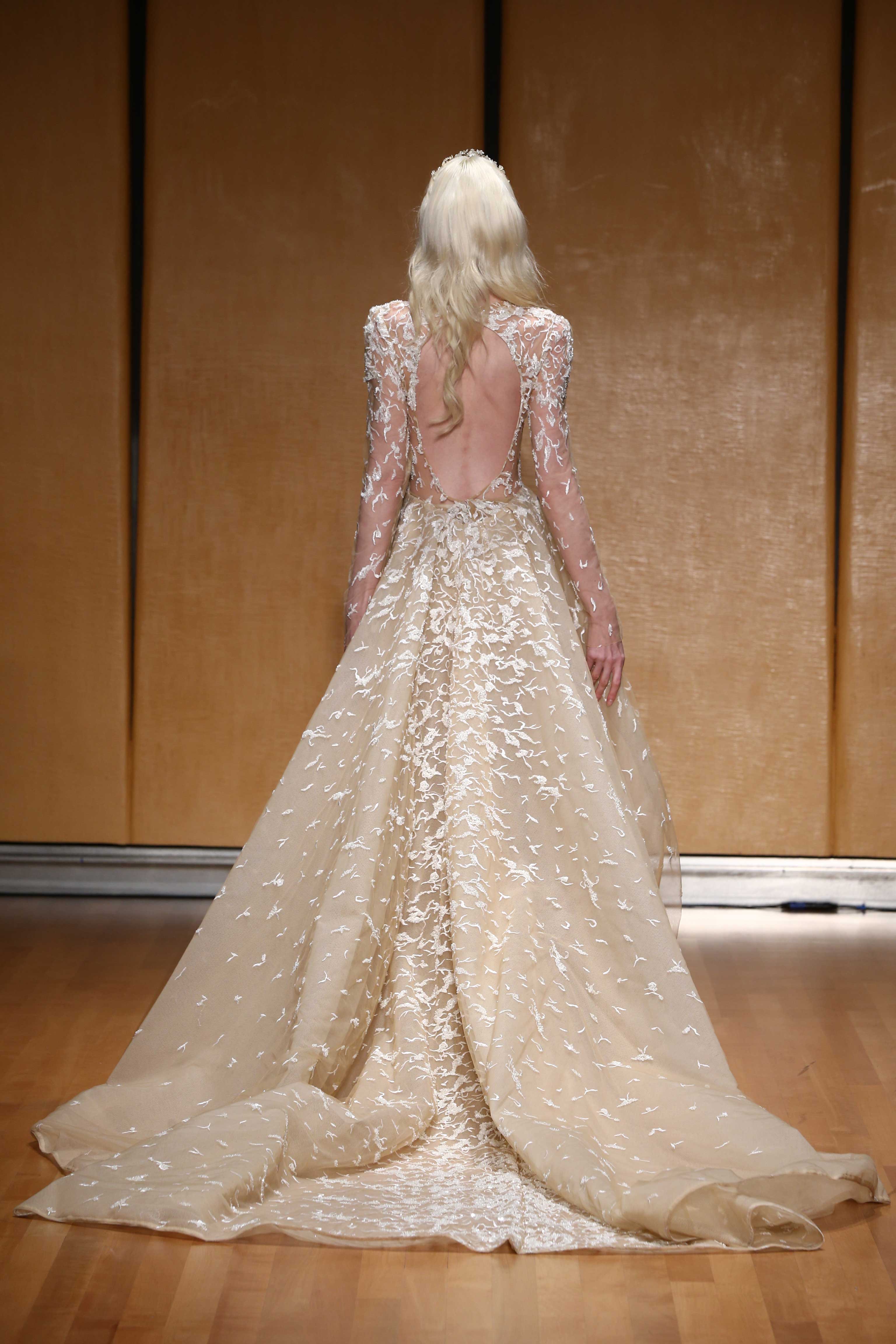 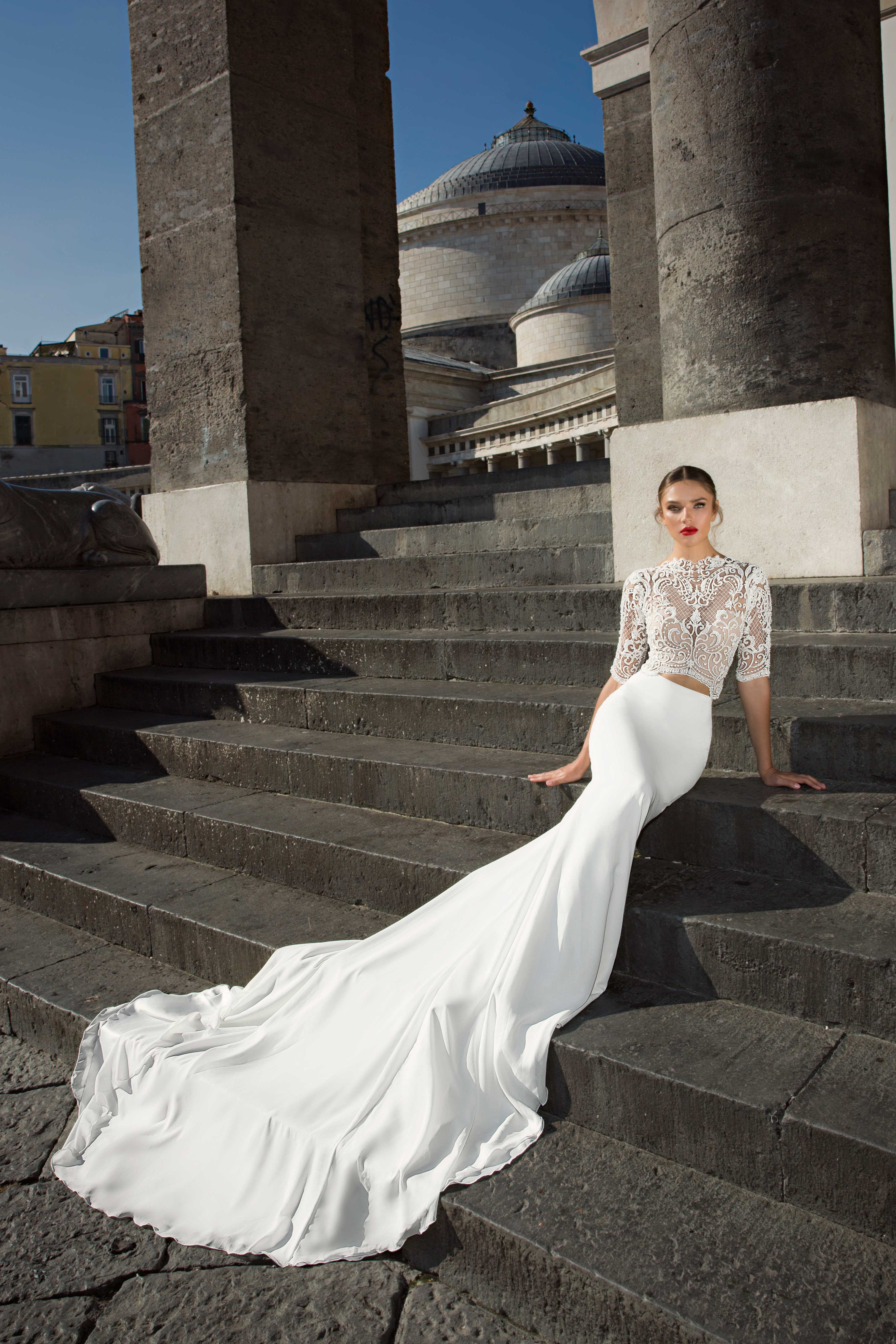 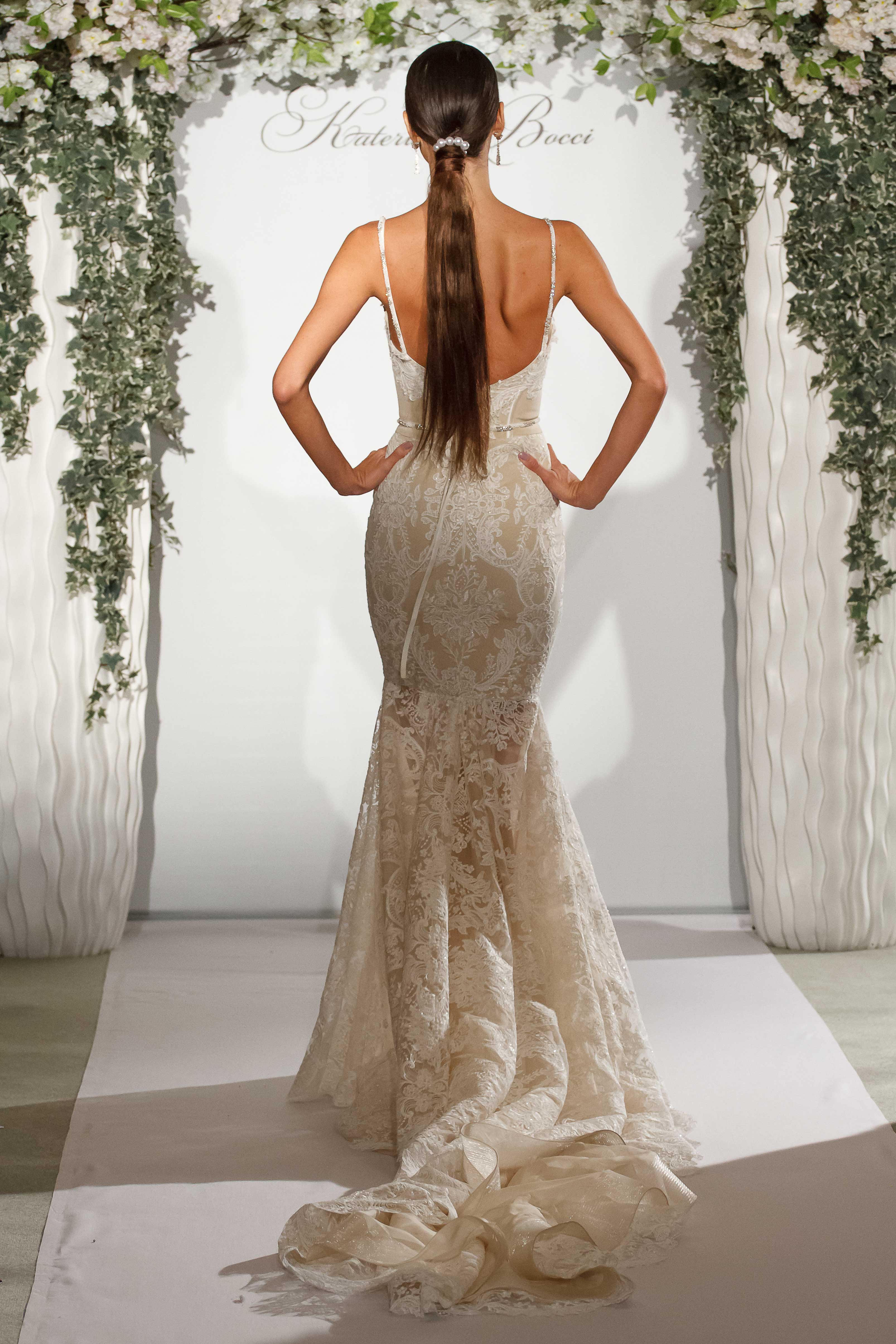 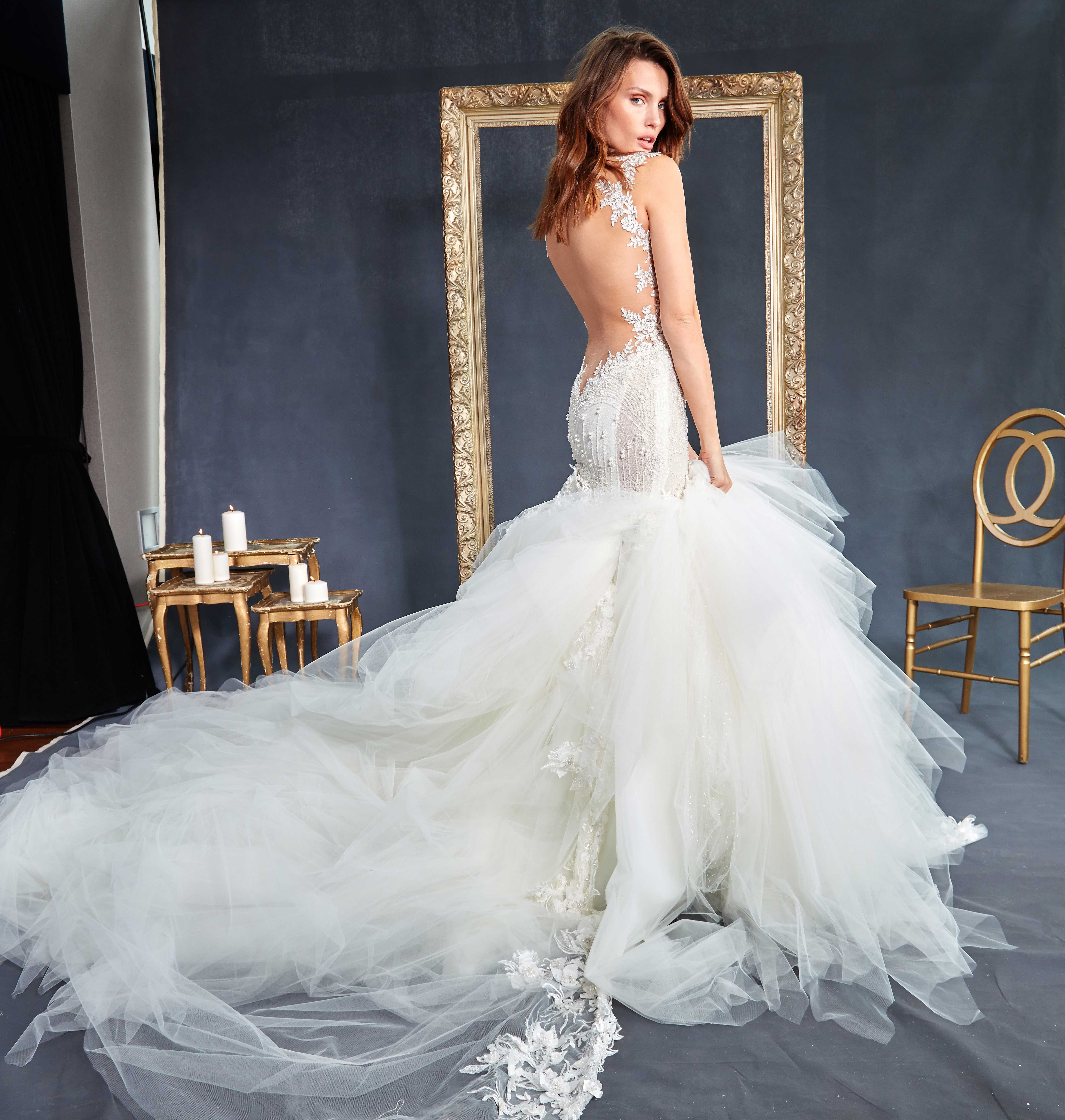 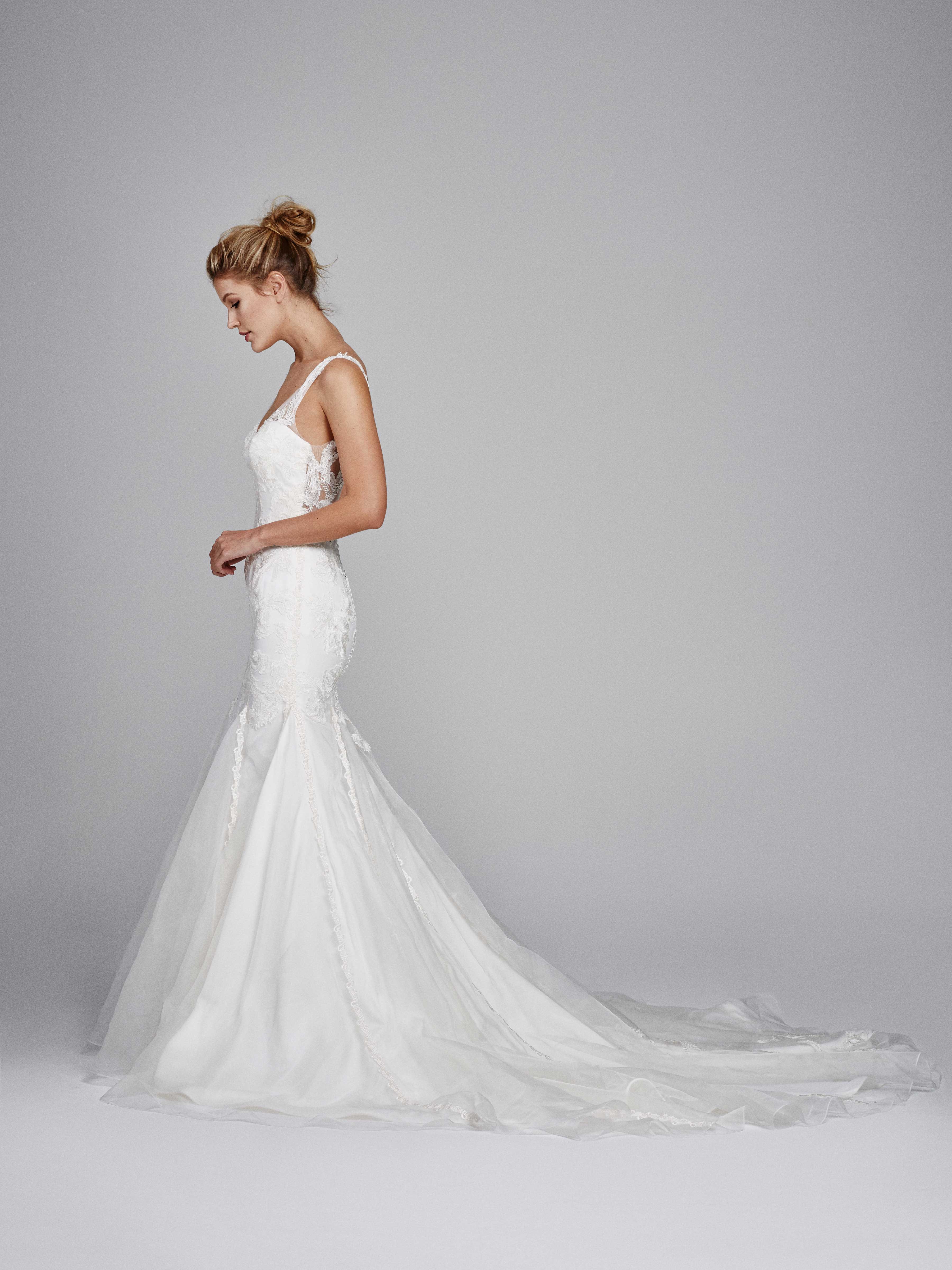 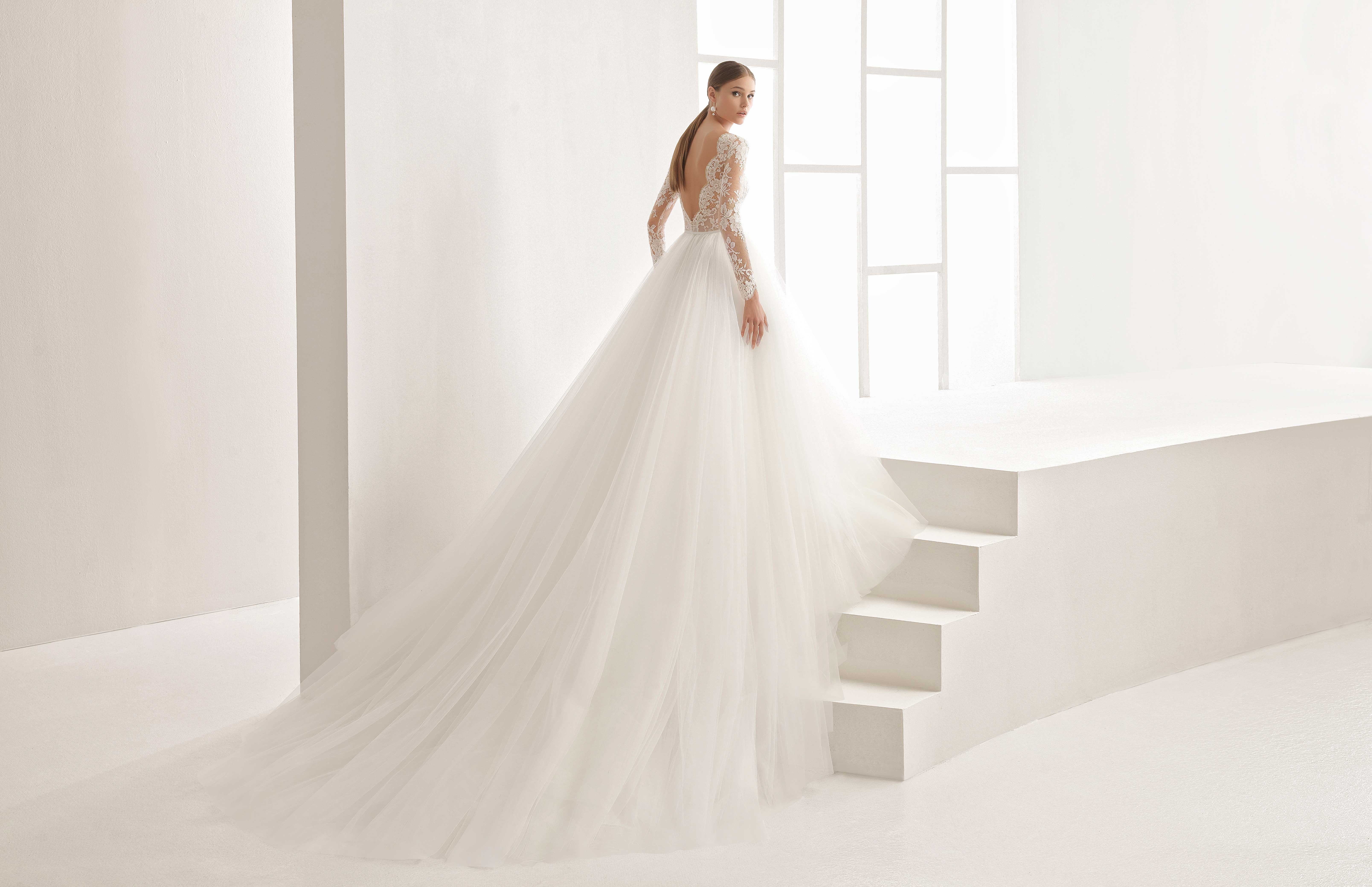 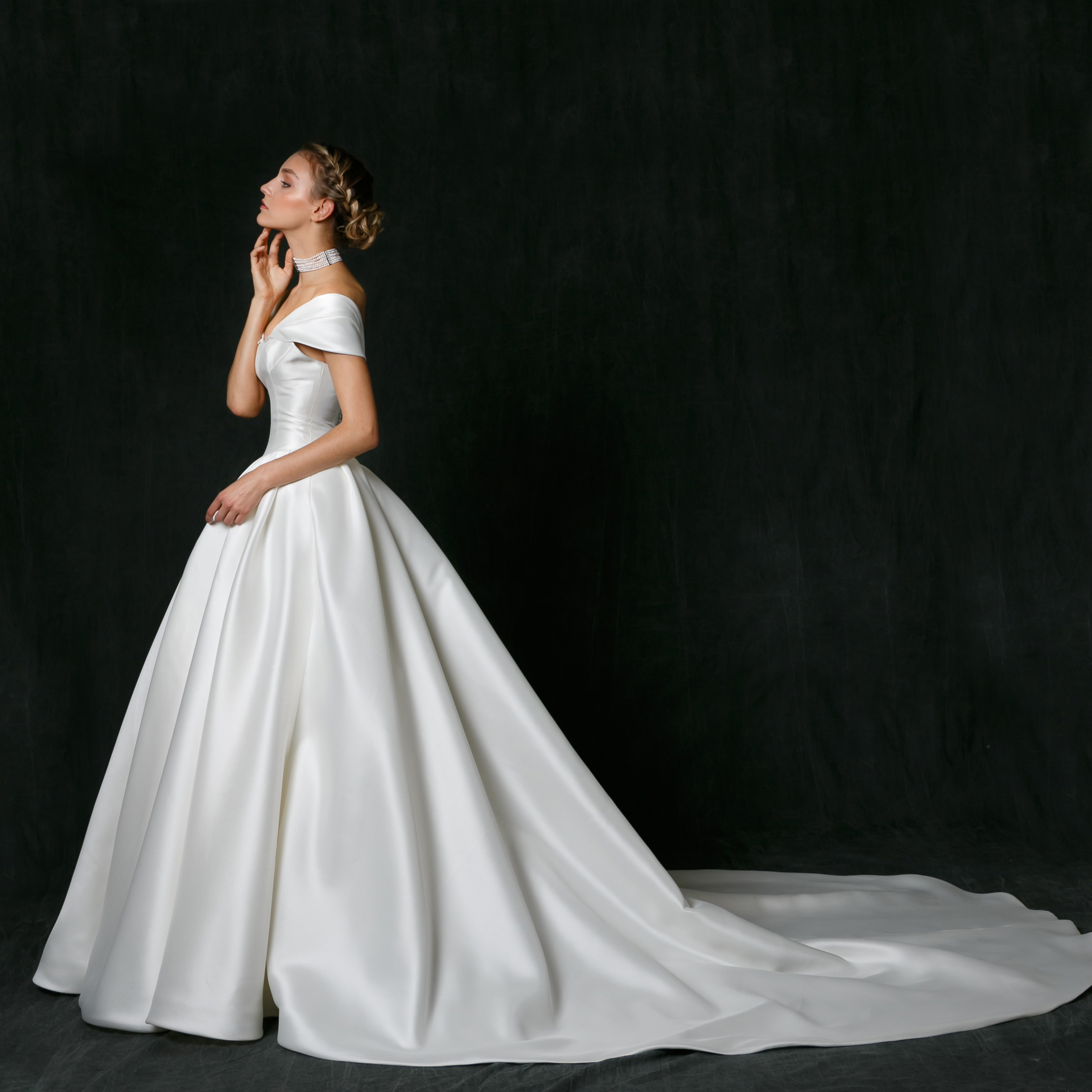 Who Should Be on a Bridal Shower Guest List?