It may be wedding season, but that doesn’t mean proposal stories stop! Triple threat Jordan Fisher is now engaged to Ellie Woods, a college student with whom he grew up back in Birmingham, Alabama. The duo were close friends as children but didn’t connect romantically until adulthood, according to People. Though the video both the groom- and bride-to-be shared did not show a clear shot of the ring, the magazine shared all the details. The dazzling sparkler is in line with the latest trends in celebrity engagement rings. A 2.75 carat pear-shaped diamond is set in a delicate halo on a thin pavé band. 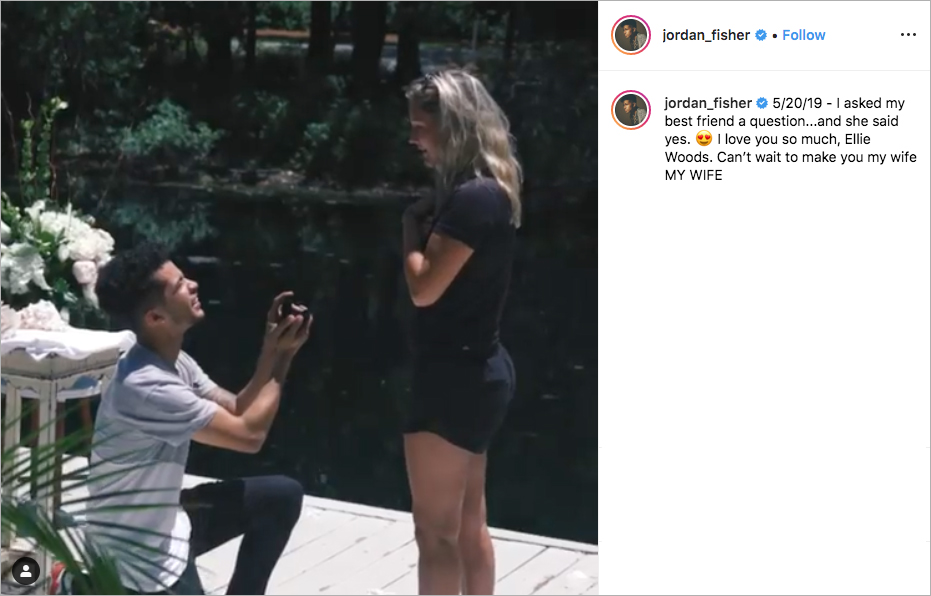 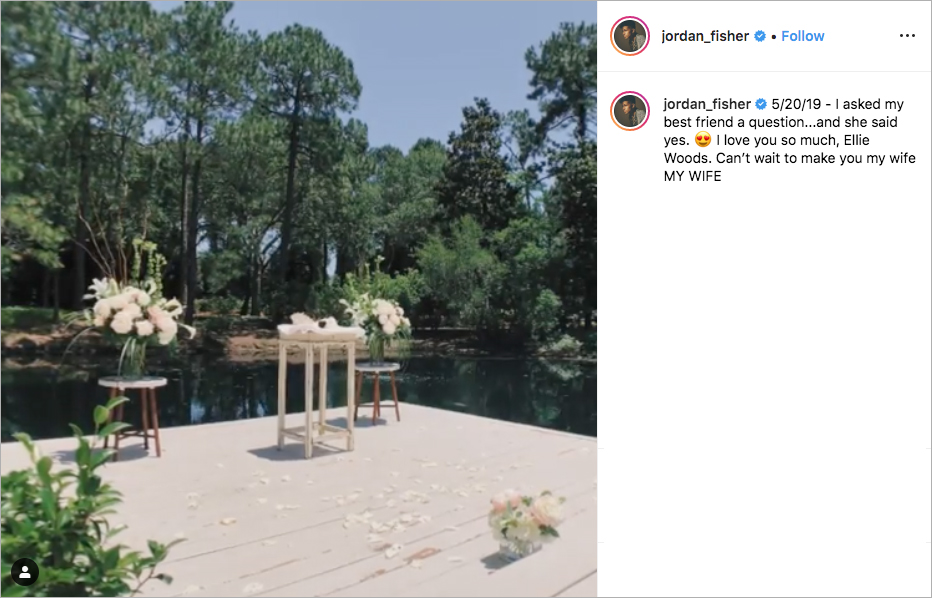 What the video does show, however, is how the romantic proposal came to be. Jordan drove his beloved to her parents’ lake house in Birmingham, where she was surprised to see a setup on the dock that included floral arrangements and a small table with an open ring box. Ellie is immediately overcome with emotion, and Jordan shares a few words with her before getting down on one knee. Once she accepts the proposal, Ellie appears shocked to see her family cheering from the porch – ready to celebrate. 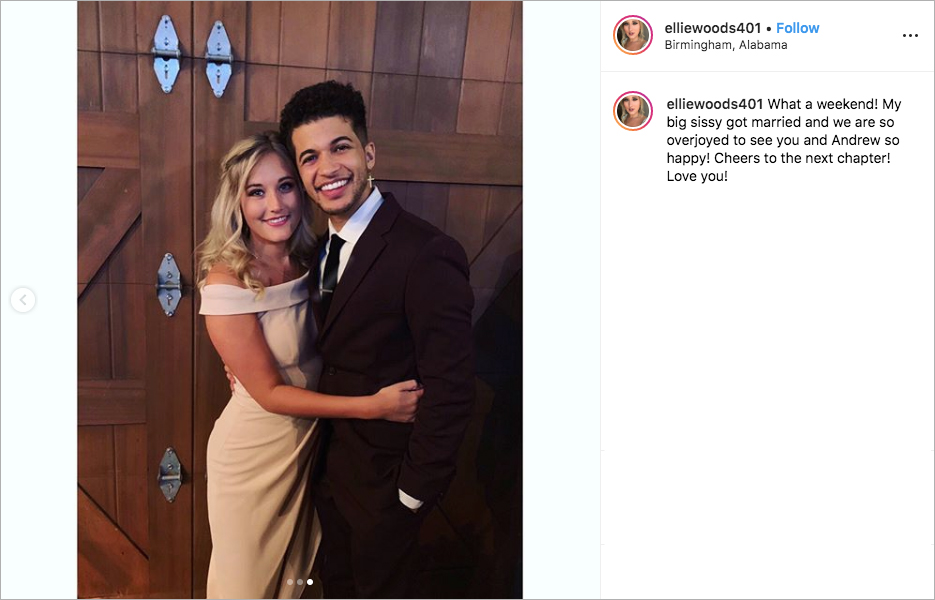 The weekend was full of love and celebration for the Woods family, as a post on Ellie’s Instagram shows that her sister Lauren got married that same weekend! Though the newly engaged couple only just announced their big news, the proposal actually occurred on May 20th.

How did these real grooms pop the question?

The One Tree Hill actor's tune may just become your first dance song.

What Celebrity Would You Want to Officiate Your Wedding?

It might not be realistic, but it's fun to think about!

Should You Write a Will After Getting Married?

How to Pick a Location for a Destination Wedding