Neville Longbottom may not have been “The Chosen One” in the Harry Potter franchise, but he still gets his happily ever after! Actor Matthew Lewis married Angela Jones in Italy over the weekend. On his Instagram account, the groom posted a lovely portrait of the two together with the simple caption of two emojis: the flag of the United Kingdom and the flag of the United States of America, in honor of Matthew being British and his new wife being American. On Twitter, he shared the same photo but with a cheekier caption: “Not only did I miss @ArcticMonkeys in LA but they were performing in Italy at the same time we were there and my wife made me get married instead. Fuming.” Perhaps the pair had their first dance to “Baby I’m Yours” by the popular indie band as a compromise! 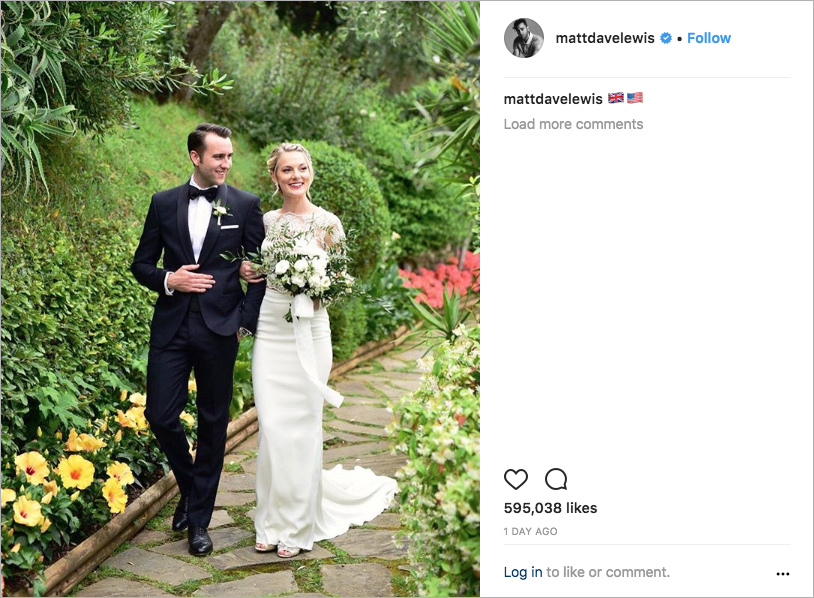 The groom looks dashing as ever in a sharp black suit. Though the bouquet covers the bodice a bit, Angela’s chic style still comes through in what appears to be a two-piece ensemble with a lace top and crepe skirt with a chapel train. Her bouquet features white blossoms and heavy greenery, with ferns and leaf-covered branches adding depth to the arrangement.

While Matthew may have proposed after only a few months of dating, the actor and the event planner took their time to tie the knot. They got engaged in Paris in late 2016, so their relationship has been a global one thus far!

Get inspired by Angela's engagement ring with similar examples from real brides and see a photo from Tori Kelly's wedding day.

15 Movies to Watch for a Bridesmaid Slumber Party

Gather round with your besties and enjoy these classic flicks.

Consider a venue from one of these famous wedding scenes.

How to Care for Your Engagement Ring