Fans were surprised and delighted when Kelly Rowland and Michelle Williams joined Beyoncé for a Destiny’s Child reunion at the Coachella Valley Music and Arts Festival last weekend, but it turns out Michelle had another surprise up her sleeve. Today the singer, who has had a career on Broadway and in gospel music since the iconic girl group split, announced that she has been engaged to Chad Johnson, a pro-sports chaplain, since March 21st. According to People magazine, the pair have been dating for one year, but the groom-to-be had been saving for the ring much longer than that! 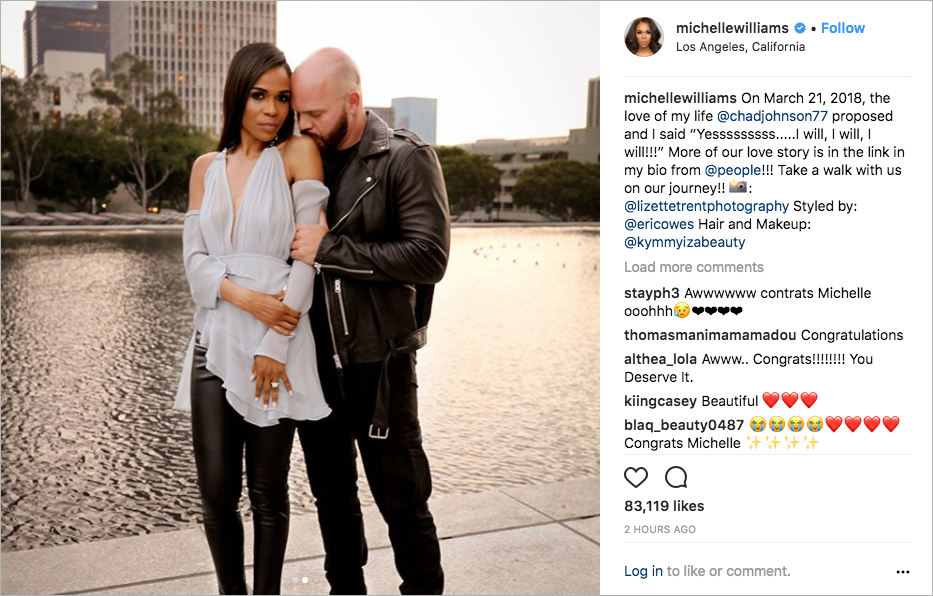 He tells the magazine that after his 30th birthday he was feeling lonely and started to diligently put money away so that one day he could buy his future wife the ring of her dreams. That turned out to be a stunning five-carat diamond set in a sparkling halo. The couple reportedly wants to tie the knot this summer, so we won’t have to wait long to see details from the big day! 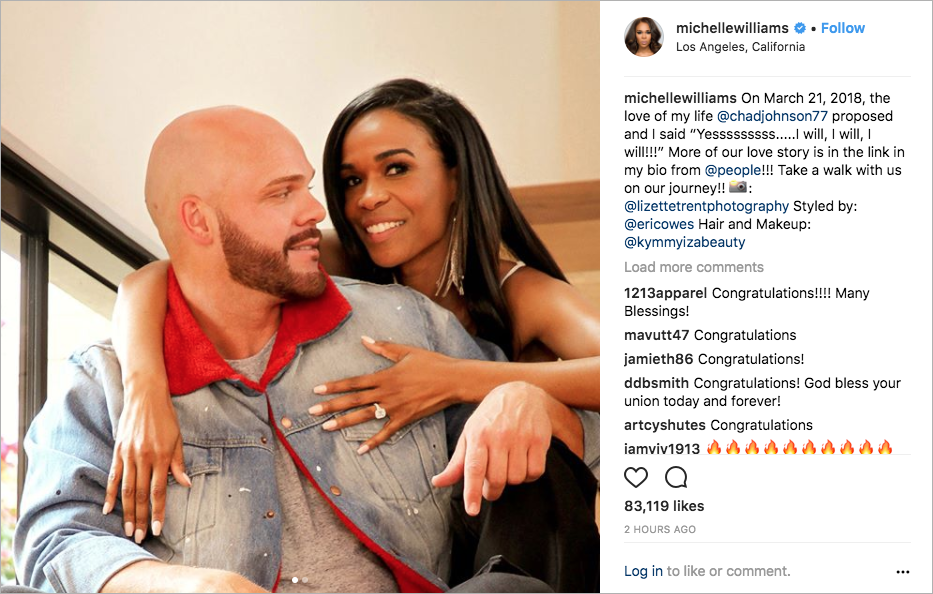