Royals, they’re just like us! Your best friend from high school isn’t the only one with engagement photos flooding your newsfeed. Just a few weeks after announcing their engagement and five months until their highly anticipated wedding, Prince Harry and Meghan Markle have released a couple of selections from their e-session. Unsurprisingly, the pictures are completely romantic and dreamy. 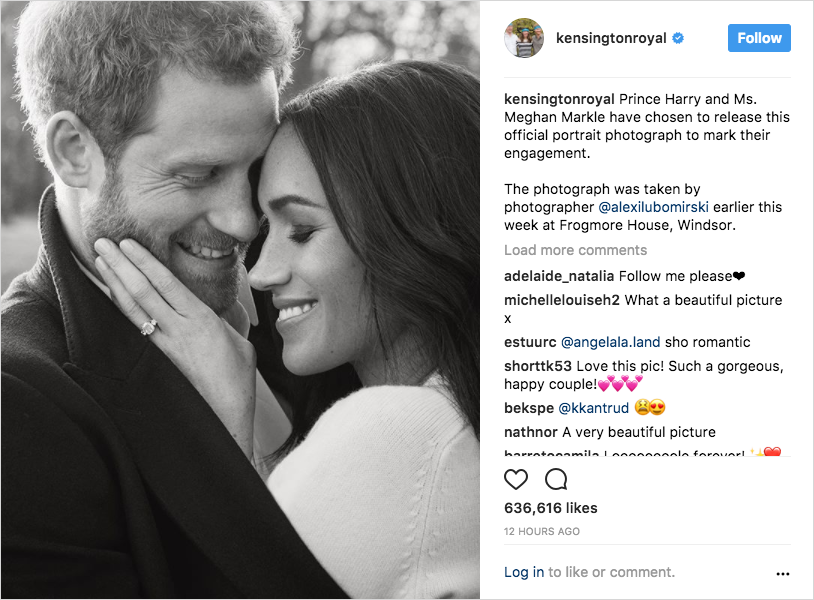 Though Prince Harry will likely don a military uniform for his nuptials, he embraced the popular groom trend and wore a navy suit with matching tie for the photo shoot. Of course, even if blue wasn’t a popular choice in 2017, it would be a great choice for the prince as the hue complements his famous red hair. Meghan looked chic and modern in a black gown. The skirt features ruffled fringe, while the long-sleeve sheer bodice has beautiful fern-like embellishments in a pale gold hue. Only time will tell if the dress bares a resemblance to her bridal gown. 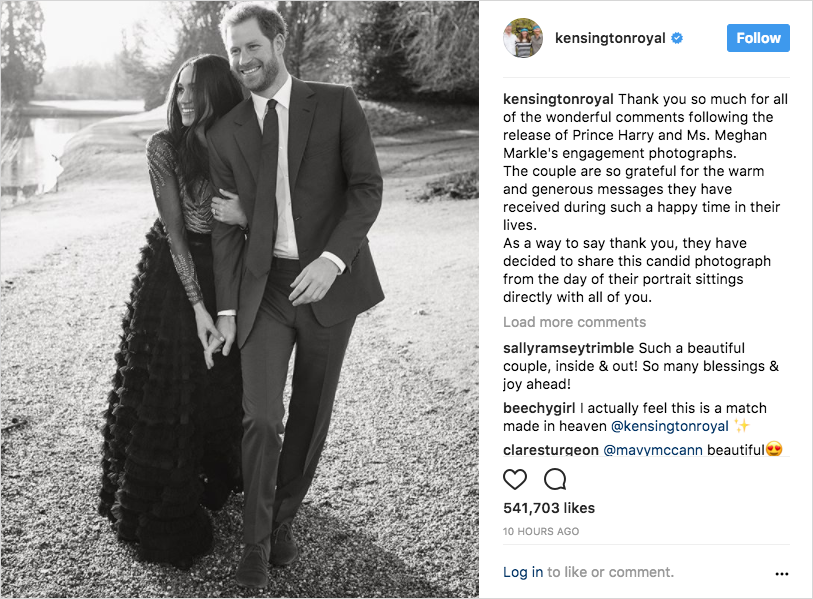 It appears originally that Kensington Palace was only going to release the first two official pictures, but due to the outpouring of love, the general public got to get a candid glimpse at the beloved pair in a third photo. They are all smiles as Meghan clutches her prince’s arm, walking together along the narrow lake at Frogmore House in Windsor.

Which of the three photos is your favorite? Let us know in the comments!

For more on Prince Harry and Meghan Markle, read Mindy Weiss' predictions for their wedding and find out what traditions they may adhere to.