Stephen Glover, known as “Steve-O” from Jackass and the new Youtube series Ultimate Expedition has proposed to his girlfriend, Lux Wright. The reality star/stunt performer/comedian is still up to his famous antics, but has made a point to settle down in recent years, with this engagement certainly being a sign. According to her Instagram, his fiancée is a photographer and stylist who works in art departments for movies and commercials, thus being well versed in the entertainment industry where Steve-O made his name. 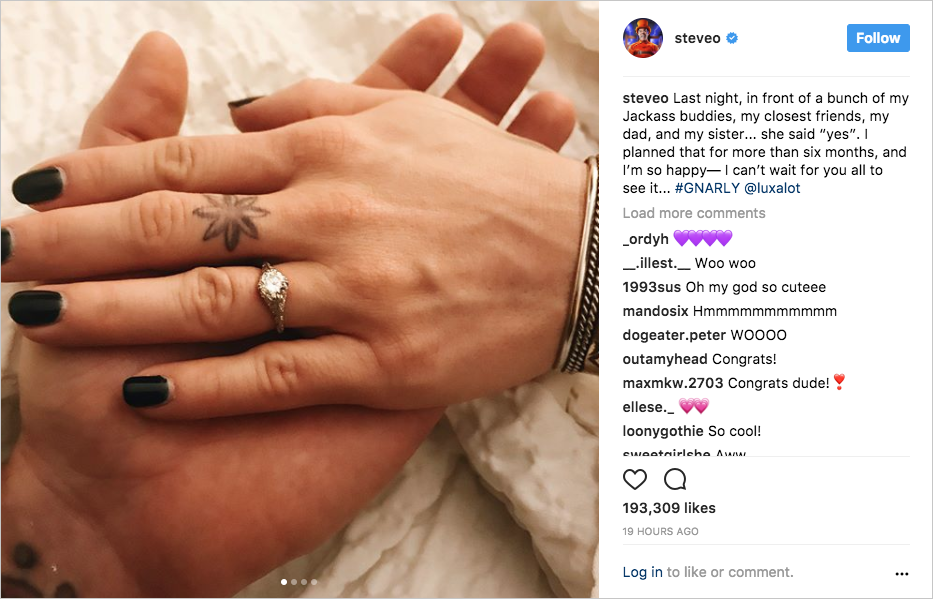 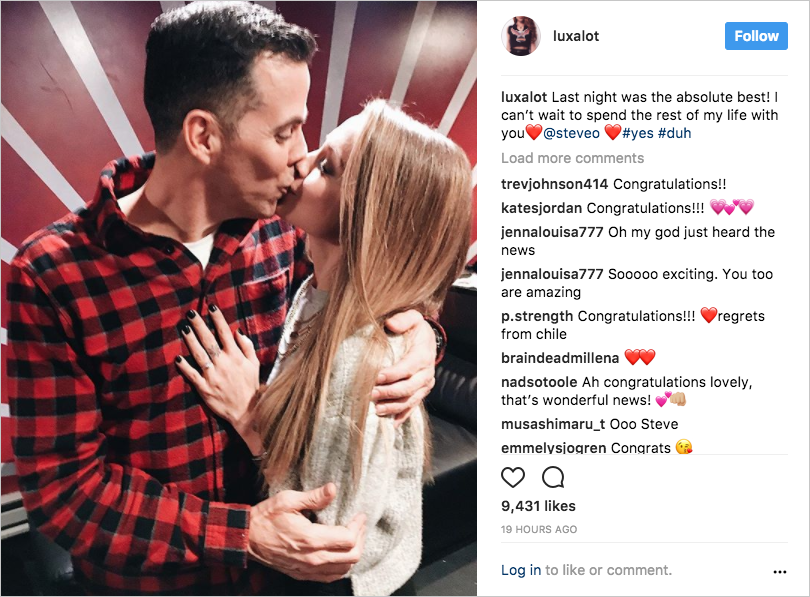 He proposed with an engraved ring featuring a low-set round diamond after six months of planning the proposal. The couple revealed to TMZ that the proposal actually happened onstage after shooting Steve-O’s new comedy special. “[The special] had a lot to do with learning how to become able to be in a healthy relationship. It was a goal of mine and I really found one in Lux here,” he explains. The future groom also notes that he chose the ring because it wouldn’t get in the way of his beloved’s work, since as a visual artist, she frequently works with her hands. “It’s perfect,” Lux smiles.

Steve-O further explains his idea for the upcoming wedding. With the money earned from selling his comedy special, the vegan star says he hopes to open an animal sanctuary and host the nuptials there. It’s certainly both a noble goal and a sentimental idea. We look forward to seeing what kind of animal-related décor ideas the couple comes up with!

Is Steve-O Married? Does Steve-O Have a Wife?

Though he proposed to Lux Wright (in 2018), Steve-O and his fiancé are not yet married. However, we can't wait to learn more about their big day once it comes!

Watch a proposal planned with the help of Netflix and see our favorite TV proposals.

What Happens When You Send an Invitation to a Celebrity?

Find out what you receive in return from the White House and more!

Discover tips and tricks for assigning your loved ones seats at the reception.

What Celebrity Would You Want to Officiate Your Wedding?

It might not be realistic, but it's fun to think about!

What Not to Do for Your Cocktail Hour

Exciting Ways to Use Bar Carts at Your Wedding