The Must-Know Rules for Making a Wedding Toast 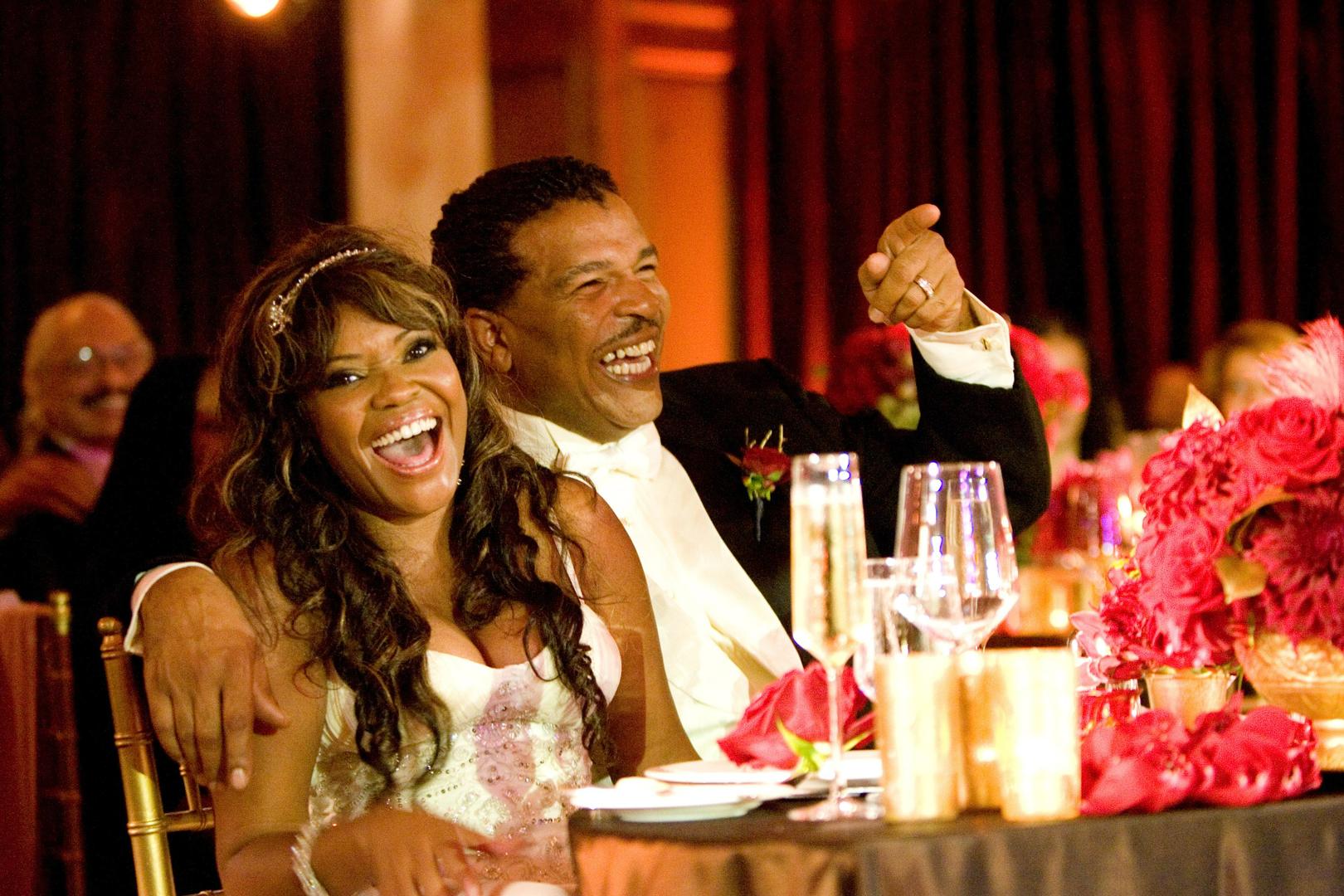 One of the very best toasts I’ve ever heard came from my cousin Nick when he was best man at the wedding of his brother, Peter. Nick is a professional journalist, so he already has a leg up on the rest of us, but he really went above and beyond on this one. He spoke as though he were writing a letter to “Dear Abby,” seeking advice on how to give a toast to a member of the Post family. He played on our family’s relationship to Emily, poking gentle fun at etiquette and inserting little comments about Peter along the way. Emily would have loved it! While toasts are appropriate at any wedding party, there are three wedding events where they are absolutely required: the engagement party, the rehearsal dinner, and the wedding reception.

THE ENGAGEMENT PARTY
At this event, the first toast is made by the father of the bride in the form of an announcement of the engagement. This typically occurs midway through the party once all of the guests have arrived and have had a chance to mingle for a bit. If the groom’s parents are there, a toast from his father is also a nice touch. The couple themselves may also wish to raise a glass to their hosts, their future in-laws, or their guests.

THE REHEARSAL DINNER
At the rehearsal dinner, the host (usually the groom’s father) gives the first toast. This often occurs during the main course and is frequently met by a return toast from the father of the bride. Unlike the wedding reception, when toasts should generally be short, to the point, and given by a small number of people, the rehearsal dinner is an intimate setting and thus a time when longer toasts and stories are welcome. Those making toasts might include the mothers of the bride and groom, the best man and maid or matron of honor (whose toasts may coincide with presenting attendants’ gifts to the bride and groom), and just about anyone else.

THE WEDDING RECEPTION
Traditionally, the best man makes the first toast at the wedding reception. This is the most formal of all wedding toasts, and it occurs only after all the wedding guests have been provided with a glass of champagne. At a sit-down dinner, the toast takes place as soon as everyone is seated; at a cocktail reception, it is made after the couple enters the reception. The toast should be brief, lasting no more than a minute or two at most. It’s fine if the best man’s is the only toast made, though a companion toast from the maid or matron of honor is fast on its way to becoming a tradition. Fathers of the bride and groom often say a few words, especially if either is in the role of host. Mothers of the bride and groom are even getting in the mix, as well as the bride and groom themselves (especially if they are hosting the event). It’s best to know in advance who is going to say something, and in what order; anyone not on the list should check with the couple before making an impromptu speech at the reception.

TOASTING TIPS
No matter the party, when it’s time to toast, ask for everyone’s attention using a microphone (or in its absence, by gently – they can break! – clinking your glass). When done, raise your glass toward the couple, and then lead guests in taking a sip. (Couples: remain seated and don’t drink when being toasted – just smile and enjoy!)

For most of us, when to speak matters little compared with what to say. Regardless how tongue-tied you feel, you’ll never go wrong with short and sweet. A great speech should not take more than a few minutes and can be as short as a few lines: “Kim and Steve, may your love for one another always be as strong and deep as it is today. You are my dearest friends, and I wish you all the joy in the world. Cheers!” Be sincere, and unless you’re a stand-up comedian or a politician, don’t try to wing it. Wedding toasts are best prepared ahead of time. When it’s time for your toast, it’s fine to take out your notes and refer to them.

No one wants his toast to be received to the chirping of crickets; avoid the following landmines and you’ll be a shining success:
- Skip pointless stories about the couple’s childhoods (anecdotes are okay, just keep them relevant to the occasion).
- Be sure not to talk about yourself instead of the couple; this is the time to check your ego at the door.
- Last and most importantly, keep mum about any past problems the couple may have had, and never reference any of their old flames.

Think you’re funny? Cracking jokes and telling amusing stories about the bride and groom is fine, just keep it light and clean and approach it with good intentions – this is a wedding, not a roast. And if you want to express strong emotions (the good kind, of course), there are few better opportunities. It’s okay if you get a little choked up; composure is great, but so is honest, heartfelt emotion. After all, it’s what the day is ultimately all about.