While people all around the world eagerly await the wedding between Prince Harry and Meghan Markle, just over three weeks before the big day will be another wedding for the future member of the royal family. In the season finale of Suits, which airs at 9PM Wednesday, April 25th on the USA Network, Meghan Markle’s character Rachel will finally marry Mike (Patrick J. Adams). While we’ve already reported on the sneak peek of the big day, we’ve since learned more about the dress Rachel will wear.

Fans of the show – or followers of all things royal – will remember that Meghan Markle as Rachel has donned a bridal gown before. In the season five finale, she and Mark were supposed to get married before he turned himself in, leaving Rachel left at the altar in a beautiful Anne Barge dress. Well, it turns out the same gown will be making a comeback! However, just as a real-life bride would probably not want the dress to be exactly the same, there have been modifications made to the design, which came from the designer's Spring 2016 collection. Judging from the previously released stills from the filming of the episode, it appears the lace has been removed from the back, allowing for a more open look. Instead, the illusion netting connects to the straps that lead to the elegant V-neck. Of course, there is also the addition of a simple black sash, accenting the waist. 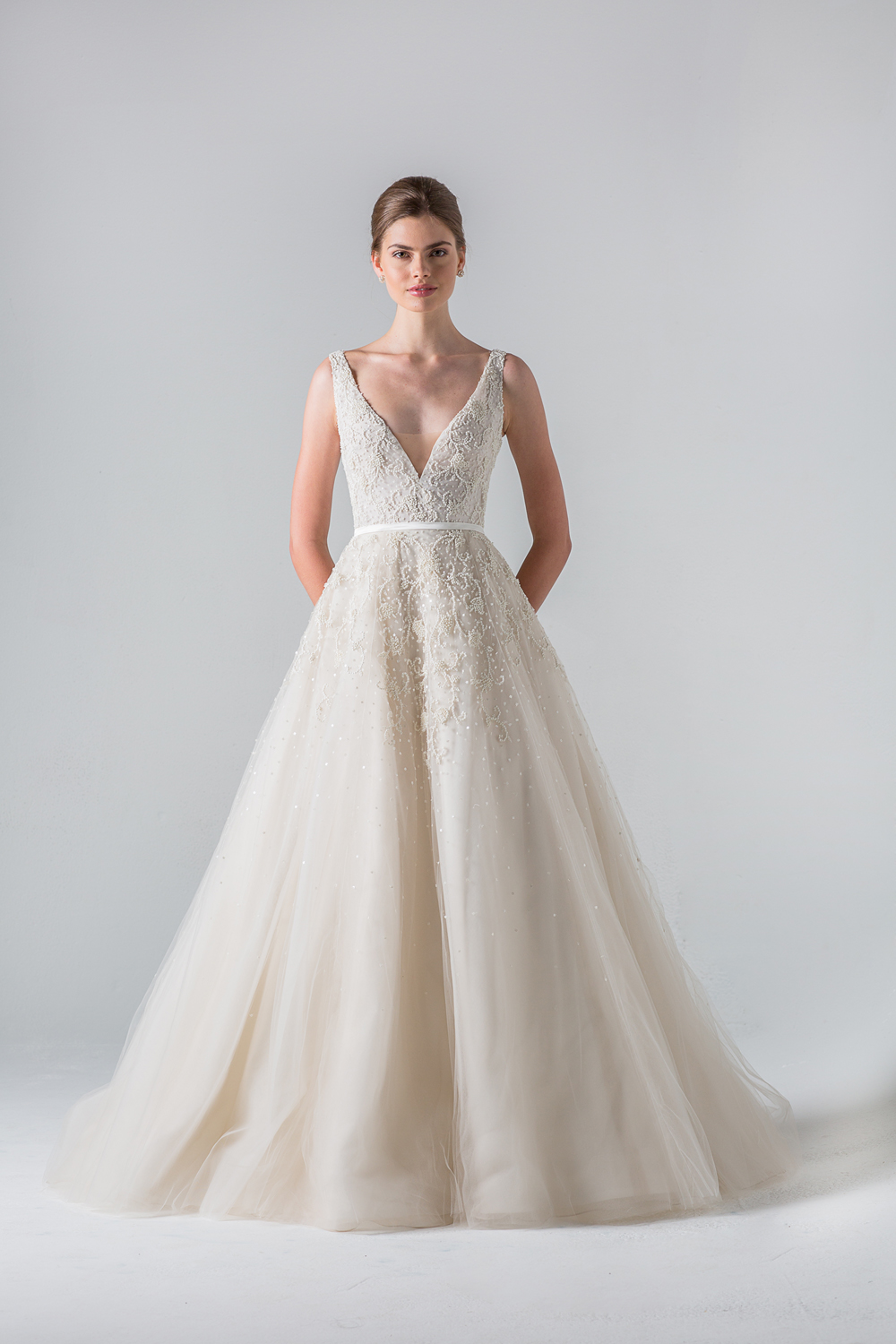 While we still await the news of which designer Meghan Markle will wear on her real wedding day, it’s still of course an exciting moment for Anne Barge. Shawne Jacobs, the creative director and president of the design house says: “We felt incredibly fortunate when bridal stylist Jessica Mulroney helped select our ‘Versailles’ wedding gown for Meghan Markle's character, Rachel to wear on Suits. Meghan Markle exudes the confidence and grace that we envision for our Anne Barge brides.”

Get a glimpse of the altered gown in this trailer for the season finale below!

Read an interview with Shawne Jacobs from Anne Barge and learn more about the royal wedding invitations.

See the Wedding Dress Worn by Olivia Pope on Scandal!