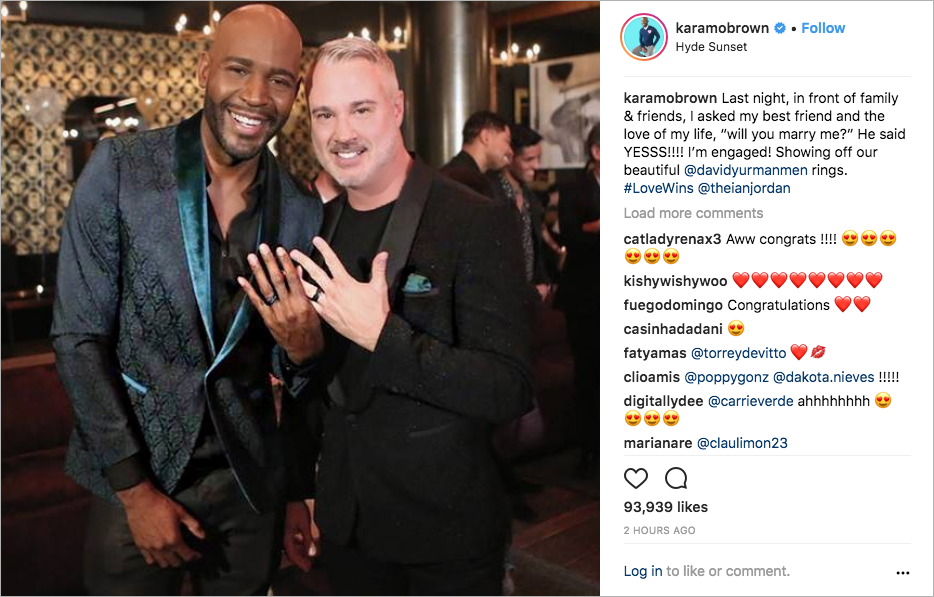 Karamo Brown, the culture expert on Netflix’s Queer Eye and former cast member of MTV’s The Real World is engaged! He proposed to his boyfriend of eight years, director Ian Jordan. As Ian’s 40th birthday was this past Tuesday, Karamo was able to put together a party under the guise of it being a surprise birthday celebration, with his future in-laws flown in to see the real big moment. People reports that prior to the proposal, there was a emotional video and a touching speech given by Karamo’s son Jason. Then, Karamo got on one knee and popped the question. 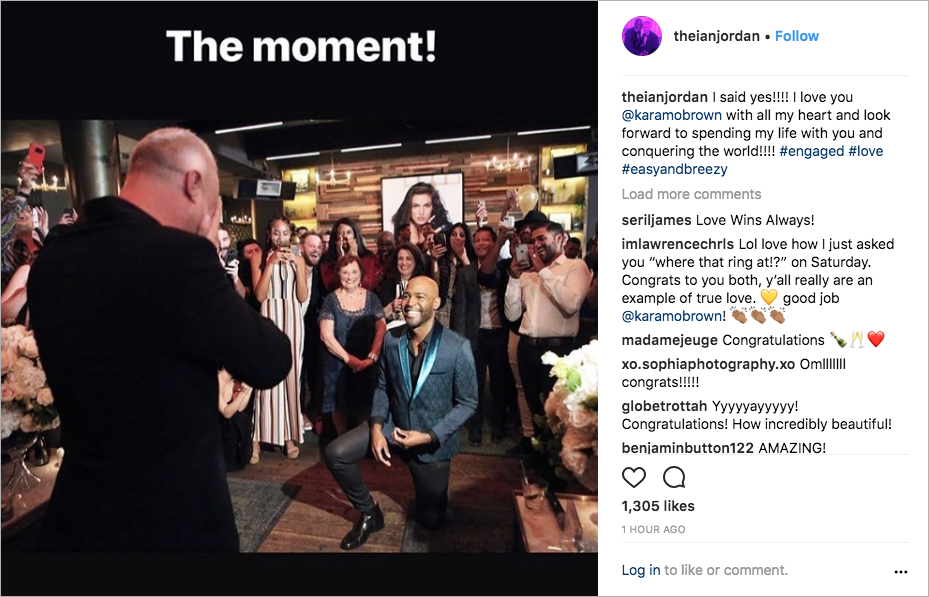 Both of the men will now wear a black and silver band for their engagement. Karamo’s castmates from Queer Eye – Bobby Berk, Tan France, Jonathan Van Ness, and Antoni Porowski – were all there to witness the proposal. If you hurry, you can still catch some video of the proposal and festivities on Tan and Jonathan's Instagram stories. We can only hope the new Fab Five will all use their skills to help plan a fabulous wedding. After all, they put together a lovely belated reception for a family of eight in the first season of the show.

Jason seems delighted with the news, celebrating at the party with friends including Gideon Adlon, who starred in the recent comedy Blockers. Her mother Pamela Adlon, star and co-creator of the show Better Things, also took part in the festivities.

5 Wedding Movies You Shouldn't Watch If You're Engaged