Though they lived only 50 miles from each other their entire lives, Alana Cowan and Michael Norber didn't meet until they ran into each other outside a bar near their respective homes, which were only three blocks from one another. "I never believed in love at first sight, but after that night, I can only believe that this chance meeting was meant to be," shares Alana.

After six months of dating, the couple attended Michael's cousin's wedding in Malibu, California, and took an extended vacation to drive their Ford Mustang up the coast through Big Sur, Carmel, Monterey, and Napa. "Both Michael and I realized that we knew we would marry each other after that trip," muses the bride-to-be, so they chose to visit the location once again for their engagement photos captured by Mon Soleil Weddings. "Since we are getting married on the East Coast, we wanted to embody a part of our relationship we find so important to us – travel and adventure – and the place that inspired the next step in our relationship," she explains.

"Everything about Michael and me is classic and old-fashioned, and we think these photos absolutely showcase our inner James Bond," smiles Alana. The affianced pair pulled to the side of the road to take photos with their classic car and climbed the mountains of Malibu Creek State Park in search for the perfect golden hour lighting – both of which resulted in mesmerizing photos that showed off their love of adventure and classic styles. "We ended a perfect day of shooting with a pit stop at In-N-Out Burger with our 1968 Mercedes and Mike couldn't have been happier," she adds. Take a look at photos from this couple's engagement session, below! 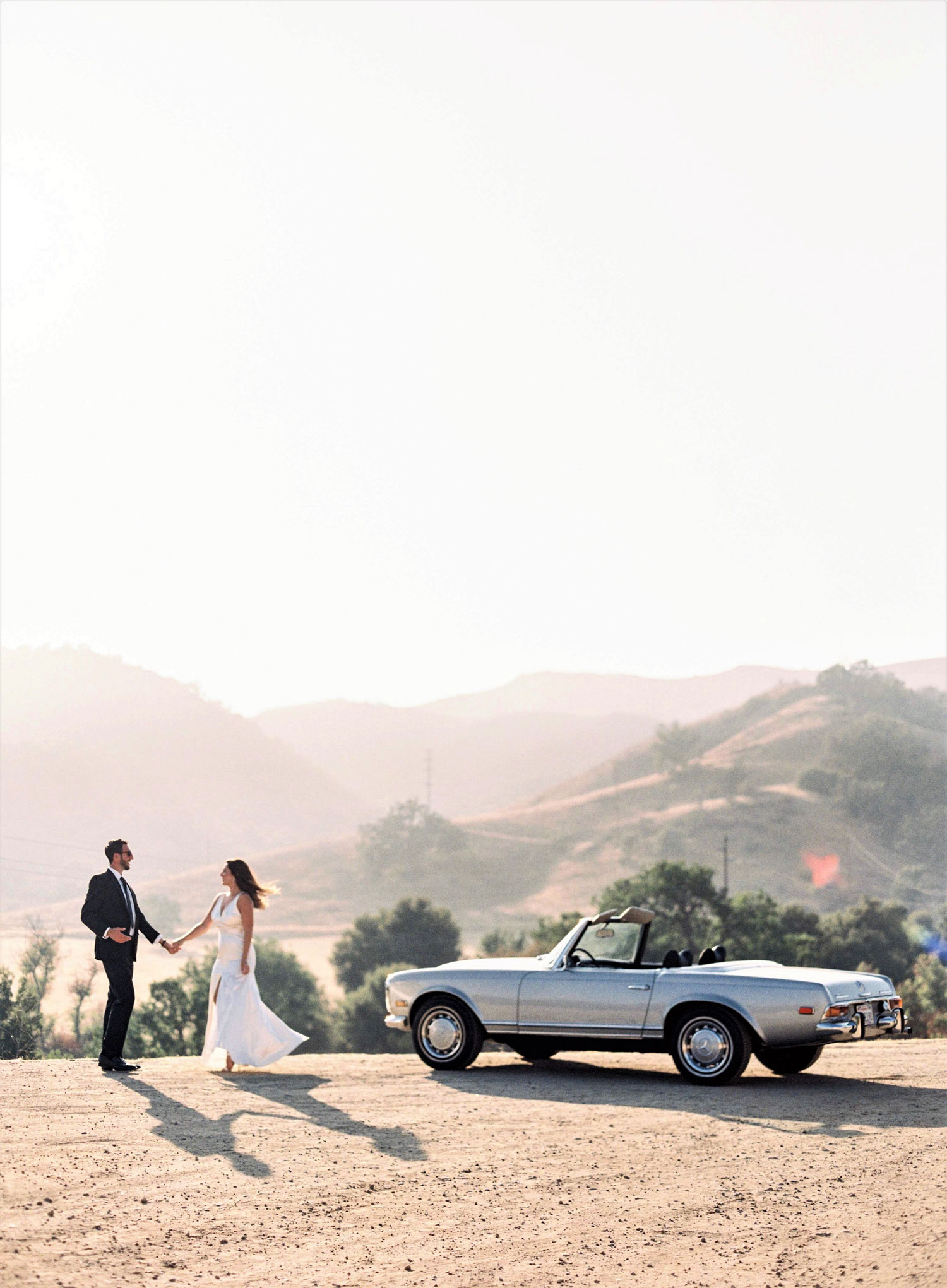 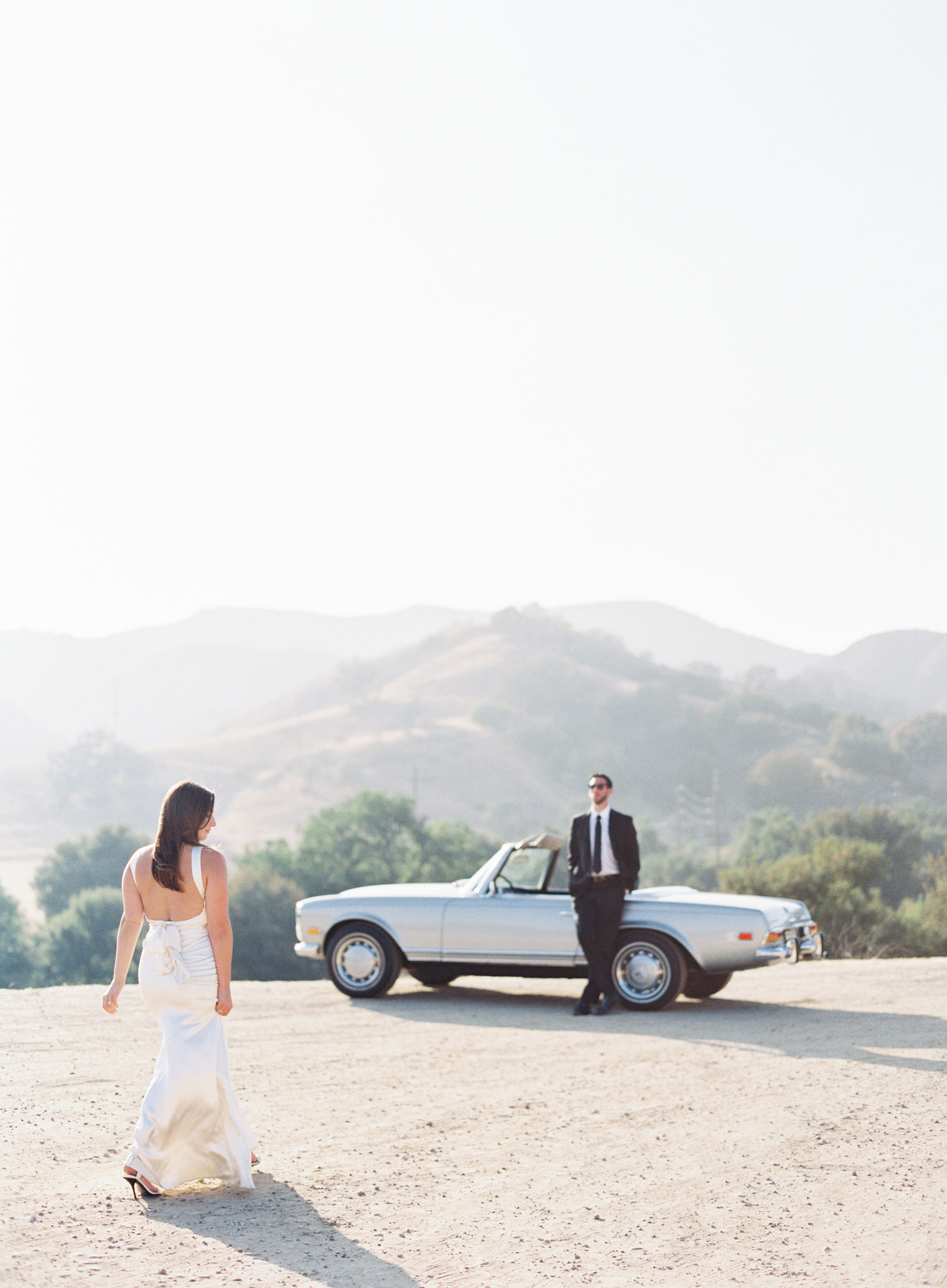 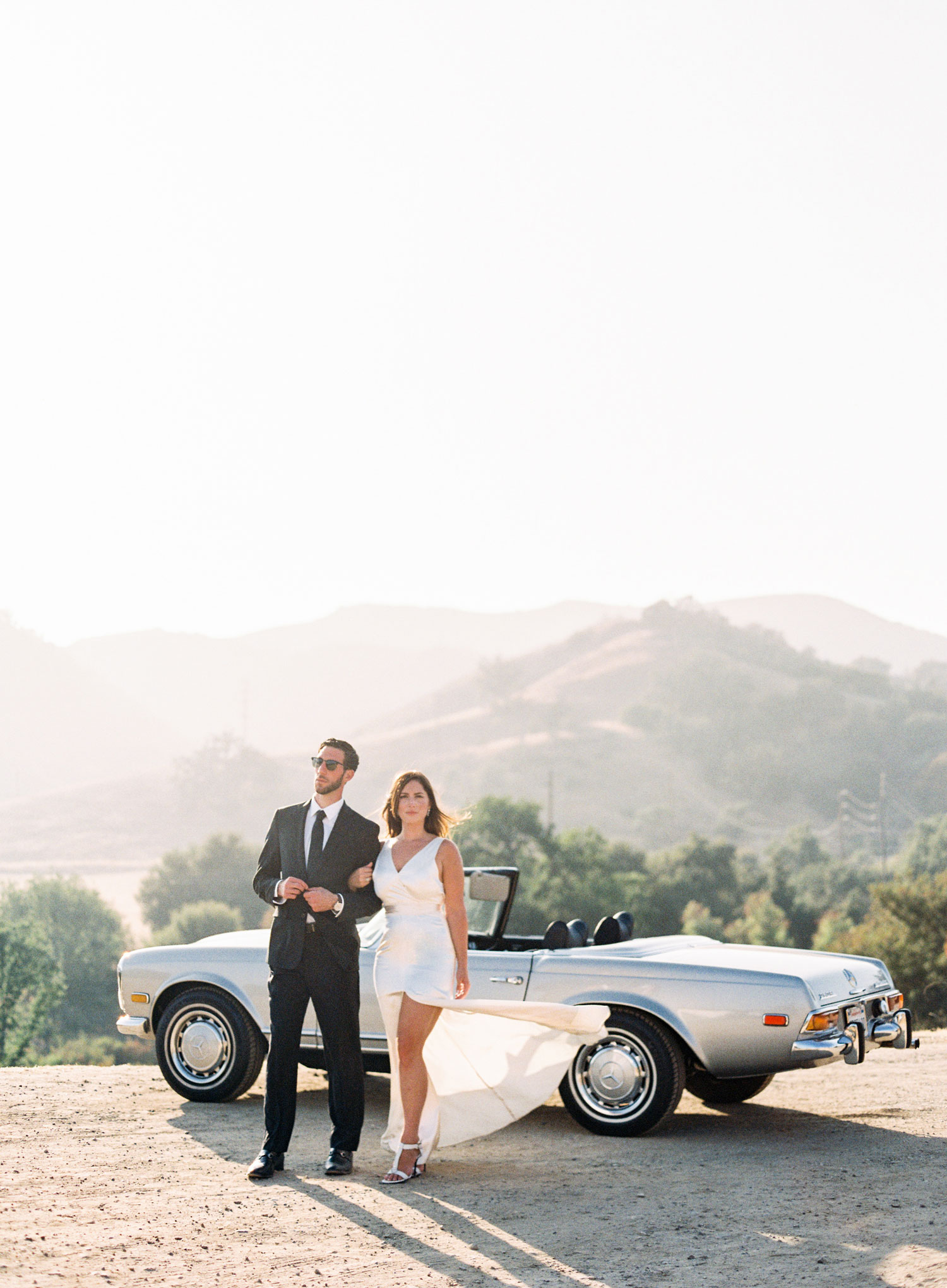 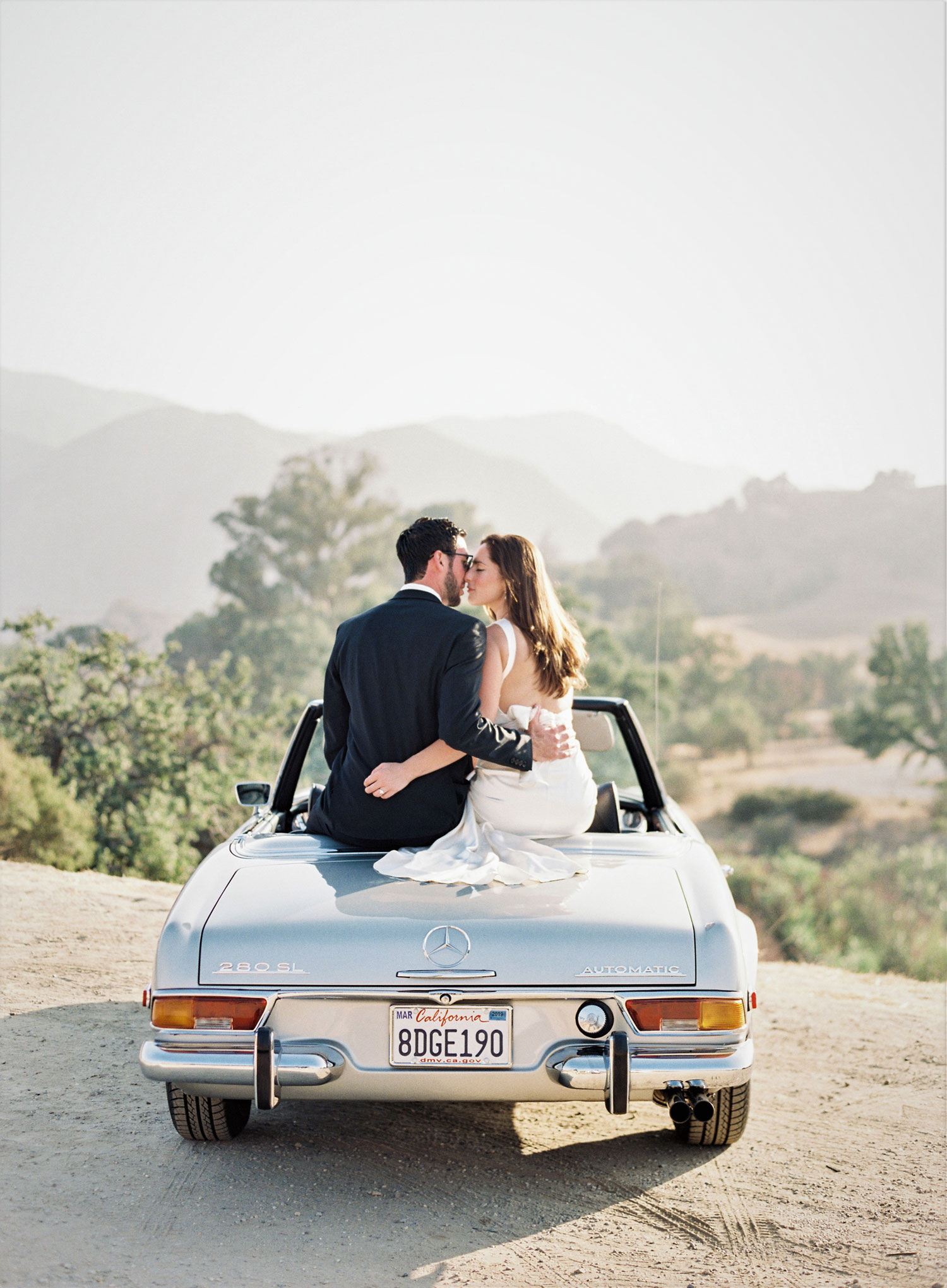 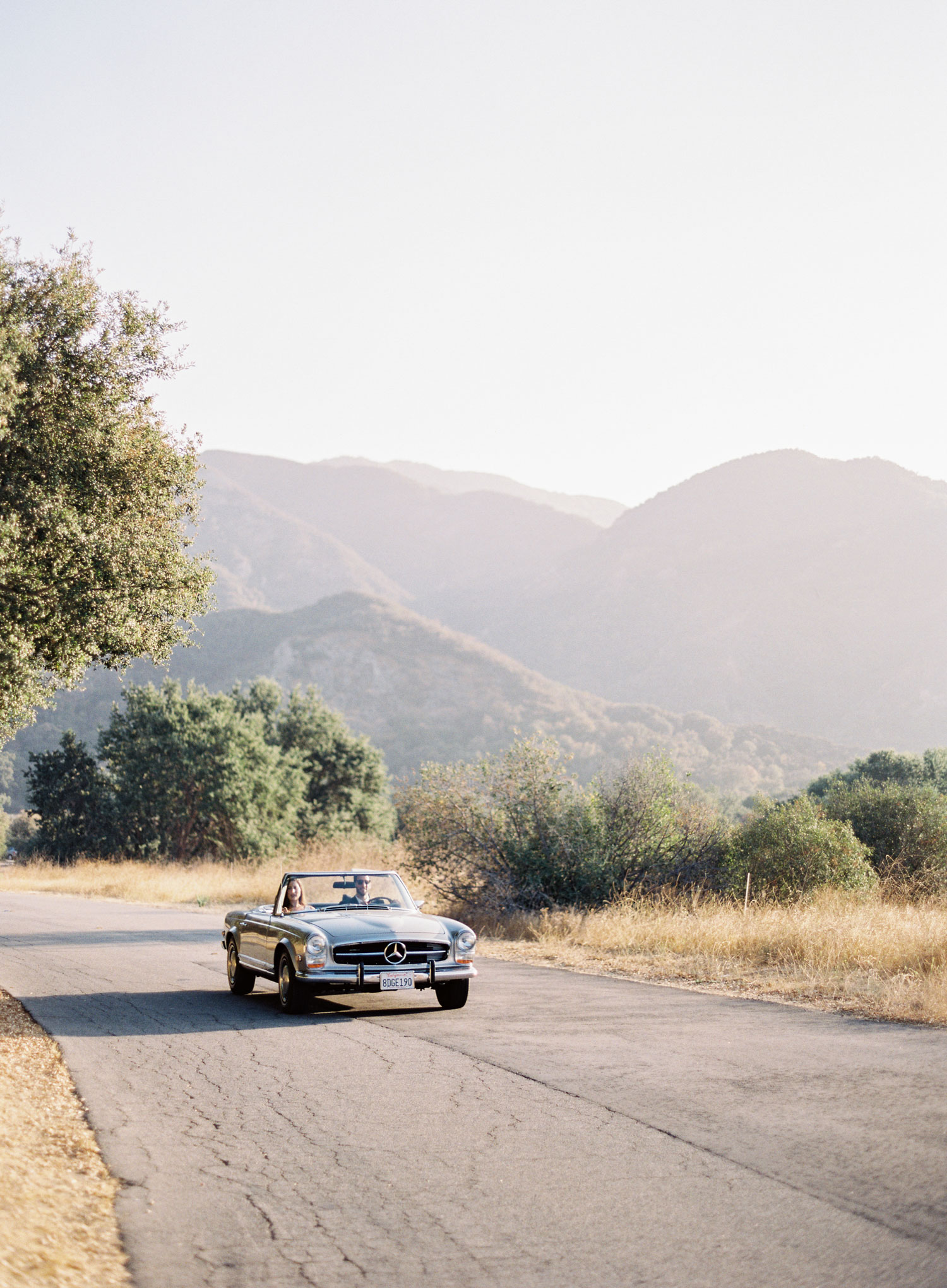 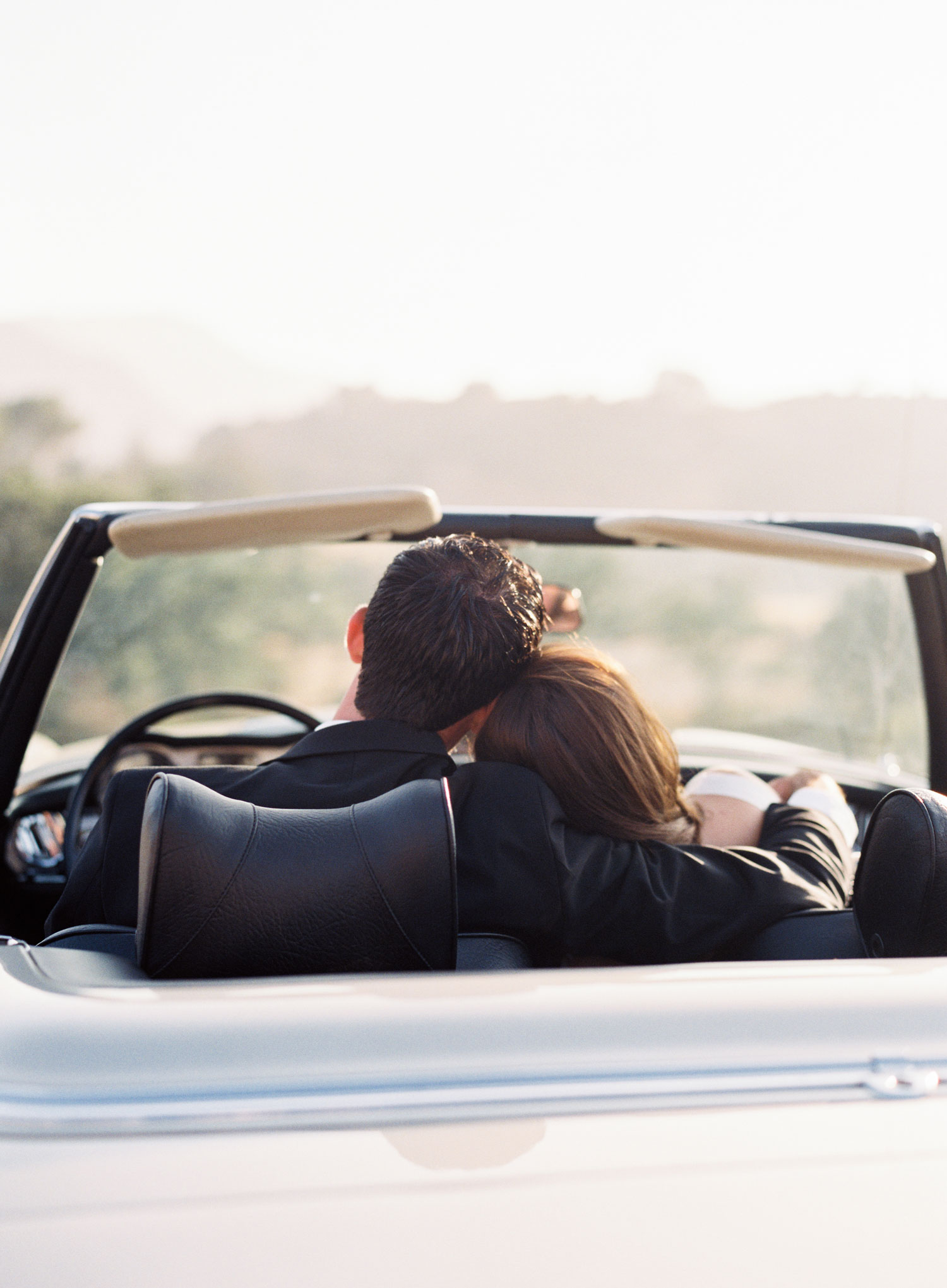 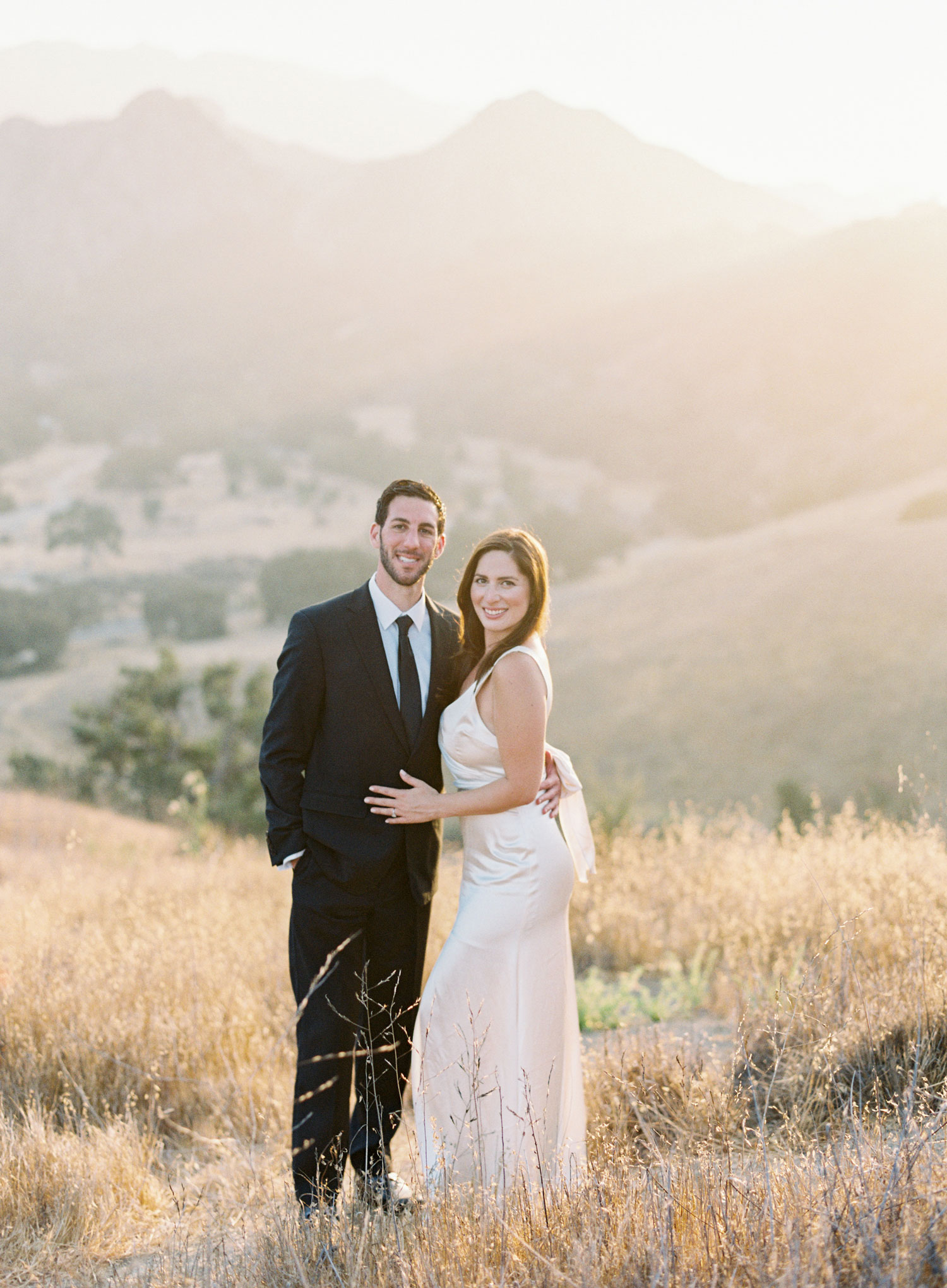 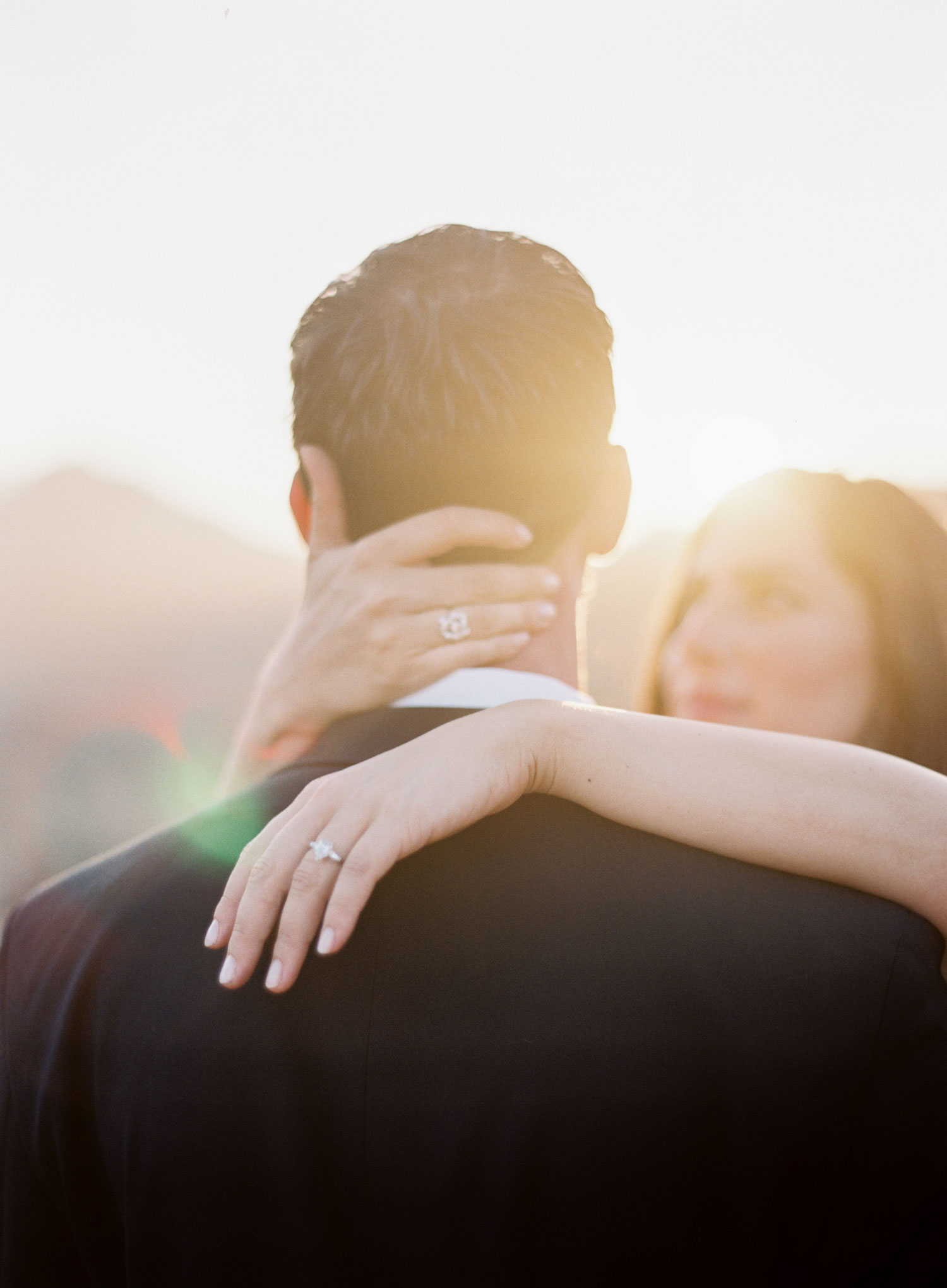 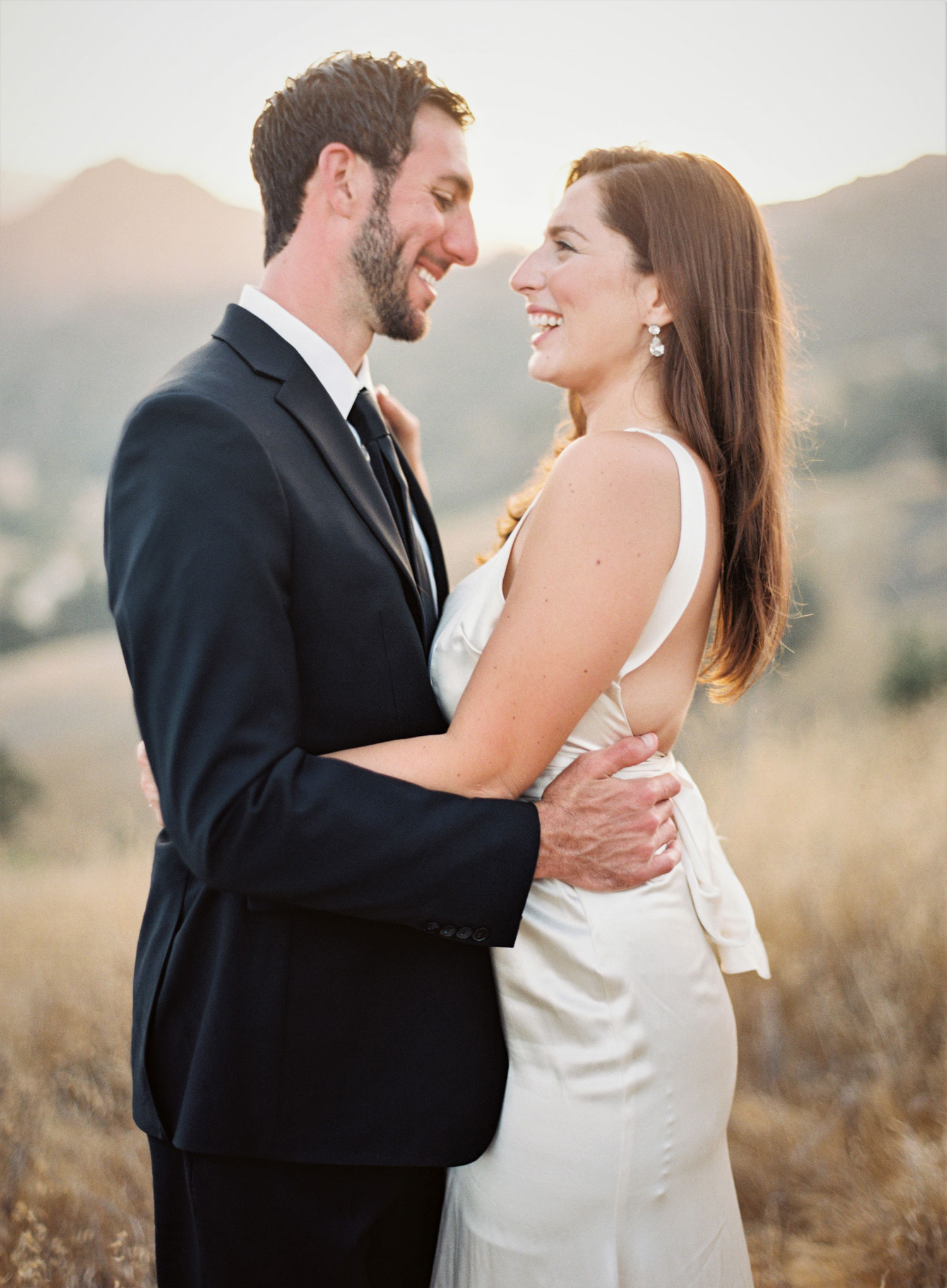 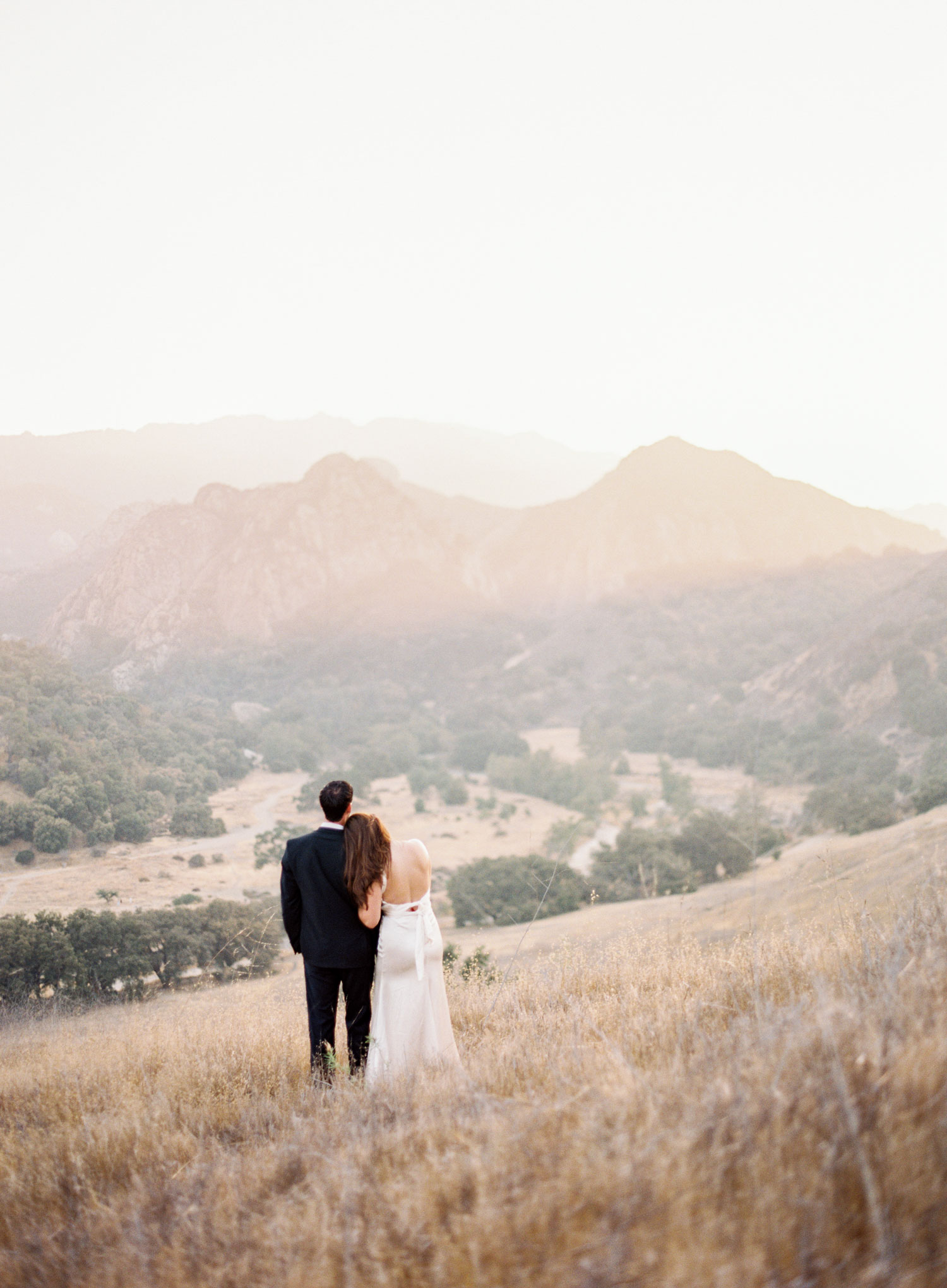 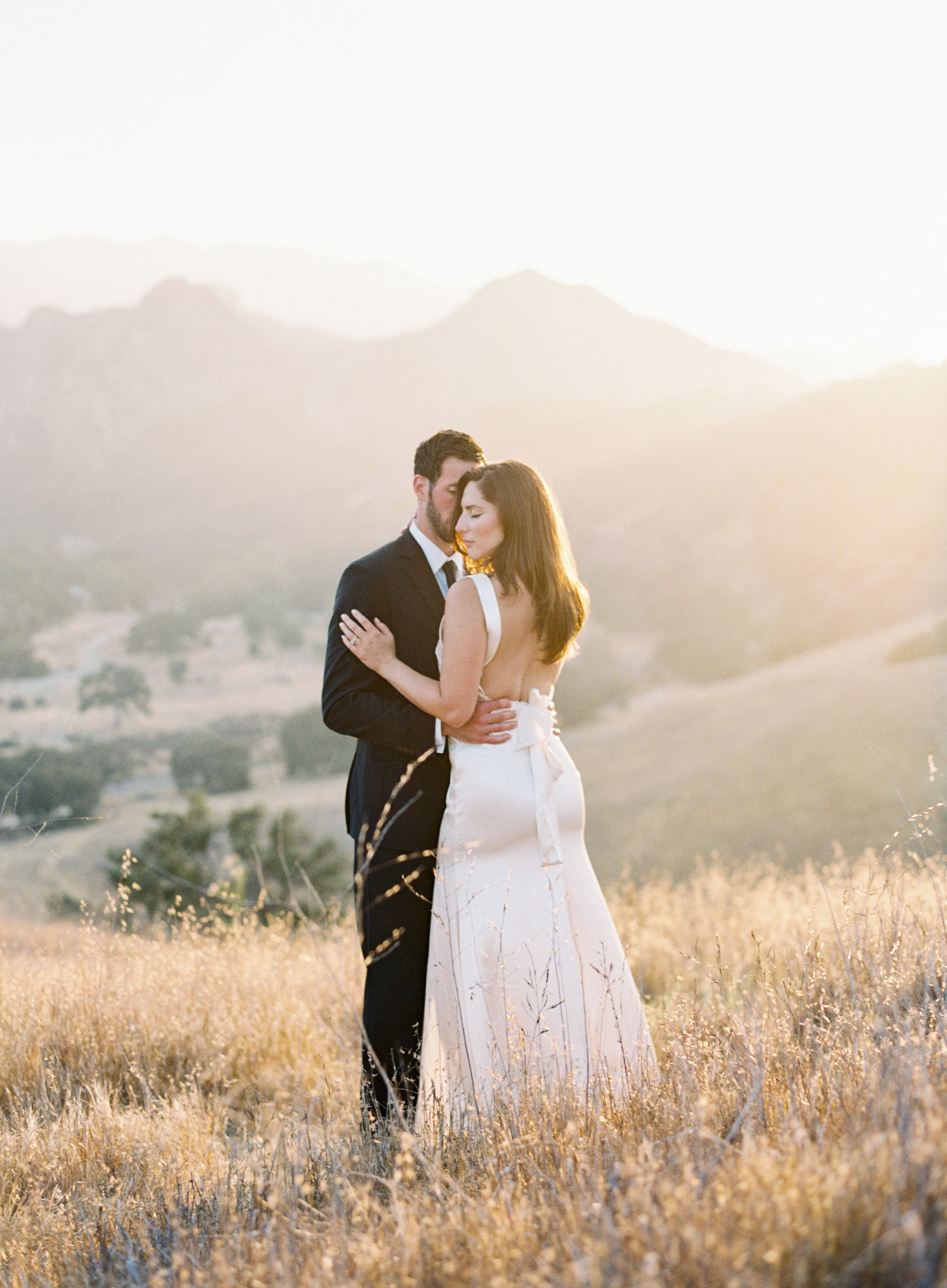 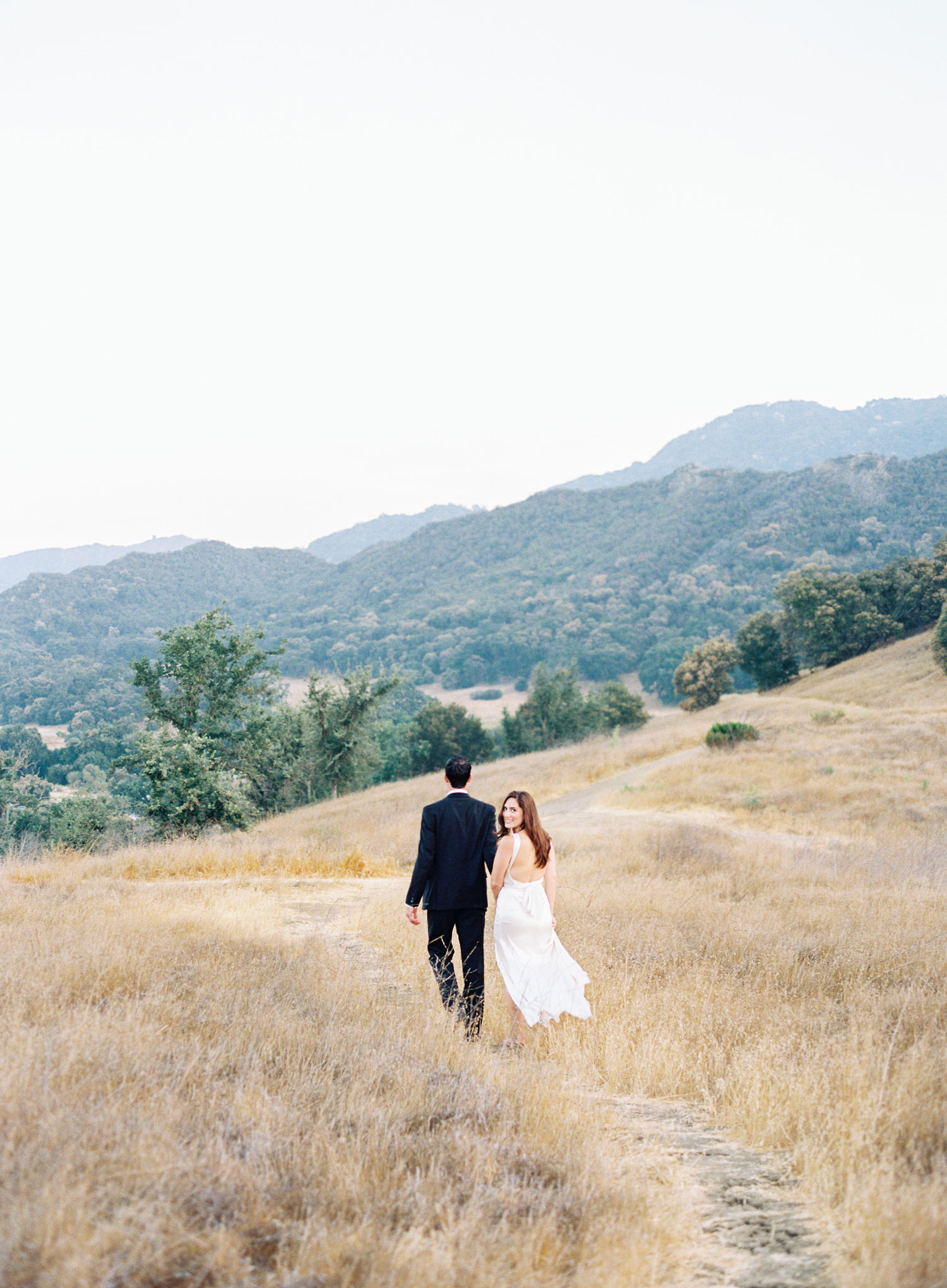