Happy Father's Day! If you have a good relationship with your father, chances are, you'll be taking part in the tradition of a father-daughter dance at your wedding reception. It's always a touching moment that we love to witness in person, as well as in wedding videos and, of course, in wedding photos featured in our real weddings.

While you and your dad may already have a song in mind that you've wanted to dance to since before you even started planning a wedding, many brides and their fathers may have no idea where to start. For those pairs, we asked Danny Chaimson, founder of premier entertainment company Gold Coast Events, to share some of his favorite father-daughter dance songs. With five all-star bands – including The Gold Coast All Stars, The Chicago Players, The Lakeshore Encores, Rush Street Rhythm in Chicago, as well as The Golden Coast All Stars in Los Angeles – Danny is an expert in the industry, so we're sure you'll love at least one of these tunes for your dance with your dad!

"There are a bunch that are used a lot, but they're used a lot because they actually are good," Danny smiles – like "My Girl" by Temptations, for example. "[I put] some good, yet not well-known, ones in too... there are some gems," he shares of the father-daughter dance song playlist. Read on to see Danny's picks!

Take a look at the father-daughter dance songs for your wedding below & click to add them to your own wedding playlist!

"Into the Mystic" by Van Morrison

"Father and Daughter" by Paul Simon

"In My Life" by The Beatles

"God Only Knows" by The Beach Boys 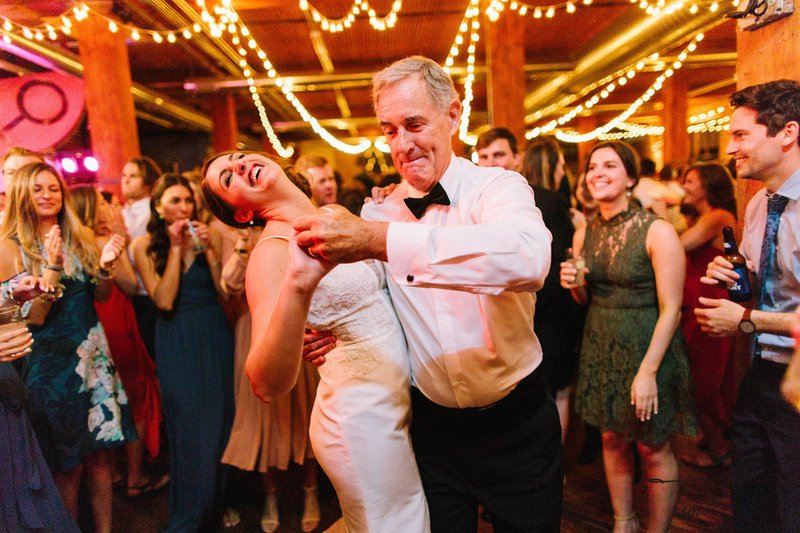 Photo by Tim Tab Studios; Entertainment by The Gold Coast All Stars for Gold Coast Events

"Stand By Me" by John Lennon

"You Are The Sunshine Of My Life" by Stevie Wonder

"Sweet Virginia" by The Rolling Stones

"All Your Favorite Bands" by Dawes

Read a Q&A with Danny Chaimson of Gold Coast Events!

Late-Night Hip-Hop Playlist for Your Reception

Gather inspiration from these 30 songs from real weddings.

How to Incorporate Your Wedding Monogram Throughout the Big Day