While most of your wedding music revolves around the ceremony and reception, the music played at your cocktail hour will also need to be considered! Since friends and family will likely be talking over the music while mingling and enjoying cocktails and hors d'oeuvres, many couples opt to have live musicians play instrumental music; however, other pairs choose to curate an entire playlist for their DJ or a band to play in order to set the tone for the cocktail hour and the wedding reception to come.

As an expert in leading the entertainment for wedding events across the country, we asked Danny Chaimson, founder of premier entertainment company Gold Coast Events, to share some of his favorite songs for cocktail hour. With five all-star bands – including The Gold Coast All Stars, The Chicago Players, The Lakeshore Encores, Rush Street Rhythm in Chicago, Illinois, as well as The Golden Coast All Stars in Los Angeles, California – Danny is an absolute expert in the industry, so we're sure you'll love some of these tunes he's personally selected for your wedding cocktail hour!

"This is a great playlist for couples who are on the hipper side and are looking to set a slightly upbeat, funky, feel-good tone for the rest of the night at cocktails," shares Danny Chaimson of the playlist comprised of mostly recent songs from current artists that have a tasteful, vintage-sounding vibe. "These aren't songs that you'll hear on the radio, or that most of your guests will recognize, which I like conceptually for cocktail hour. You want to set the atmosphere and not distract from conversation, so unfamiliarity actually works in your favor."

Some of Danny's highlights from this cool cocktail hour playlist include "Gotta Let Me Know" by Breakestra – "A super funky groove by some of my old LA friends guaranteed to have your guests' toes tappin'," notes Danny, also listing "Who Knows Who" by Orgone "for a classic Aretha Franklin-esque soul anthem by another LA band who epitomes soul-funk, which also just happened to be written by yours truly!" he adds. Another favorite on the list of the band leader is "I Am Trying To Break Your Heart" by JC Brooks & The Uptown Sound. "[It's] a really creative cover of a Wilco song by a band that also hails from Chicago." 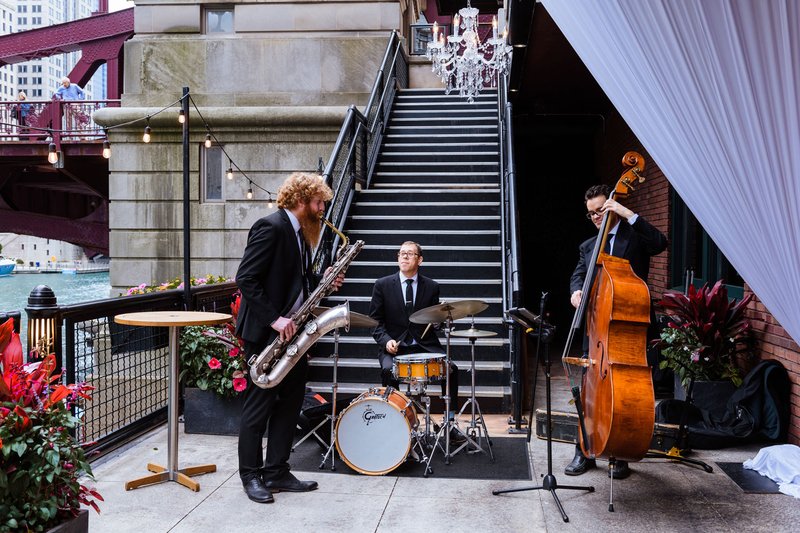 While you've likely heard of some of these songs on the list, others may be like strangers that become friends. "The mood in cocktail hour definitely carries over to the reception, and this playlist is a great way to elevate the mood right from the start," Danny confirms of his selections. Take a look at the cool cocktail hour playlist for your wedding below & click to add them to your own wedding playlist!

"This Is a Game" by Nick Waterhouse

"Only You" by Anderson East

"Back Seat Lover" by Mayer Hawthorne

"Gotta Let Me Know" by Breakestra 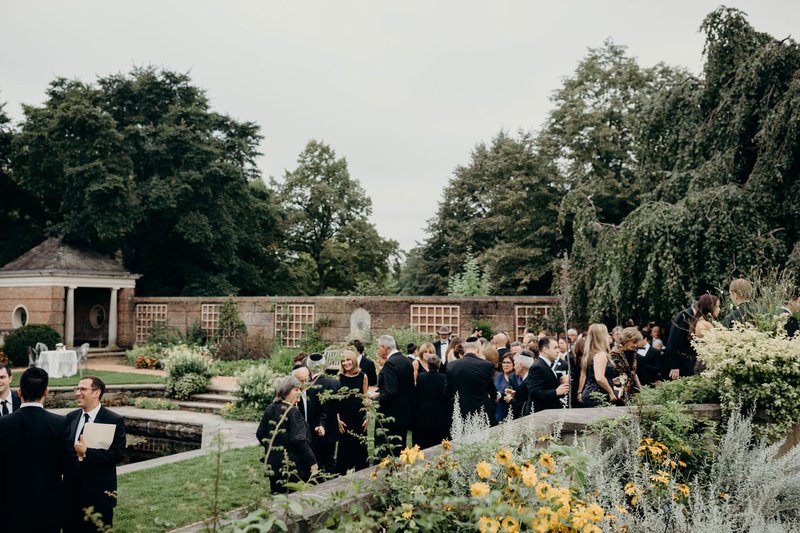 Photo by Stoffer Photography; Entertainment by The Gold Coast All Stars for Gold Coast Events; From Real Wedding: Minimalist-Modern Wedding with a Clean, White Color Palette

"Don't Judge a Book By Its Cover" by The Hawkmen

"Cramp Your Style" by Breakestra

"Up From the South" by The Budos Band

"Who Knows Who" by Orgone (feat. Fanny Franklin)

"Out In the Street" by Galactic (feat. Cyril Neville & Ivan Neville)

"Blues for Ben" by Stanton Moore

"Doin Something" by Soulive

"I Got High" by JC Brooks & The Uptown Sound

For more wedding music ideas, discover songs to play at your bridal shower, see some of the first dance songs chosen by real brides and grooms, and listen to this throwback playlist of 90s wedding songs.

Discover tried-and-true favorites, as well as some new gems!

Read a Q&A with Danny Chaimson of Gold Coast Events!

A 90s Late-Night Hip-Hop Playlist for Your Reception

Listen to 15 must-have songs provided by The Gold Coast All Stars!

The Ultimate Honeymoon Itinerary for a Romantic Trip to Italy