The majority of wedding-planning advice is geared toward brides, as they typically seem to be the ones who deal with the most aspects of preparing for the big day. Of course, there are couples where there are no brides at all, but even for opposite-sex couples, there are still going to be moments where the groom will experience stress leading up to the big day – and not because of cold feet either. In fact, some grooms might end up more involved than their bride was hoping for and it becomes difficult to reconcile conflicting visions. On the other hand, there are always going to be men who assume they have no role in the wedding except to show up on time in a tuxedo. While they probably don’t experience much stress, it’s still not particularly helpful for their partners. For the average guy who has a hand in the planning, these are the most stressful parts of the process: 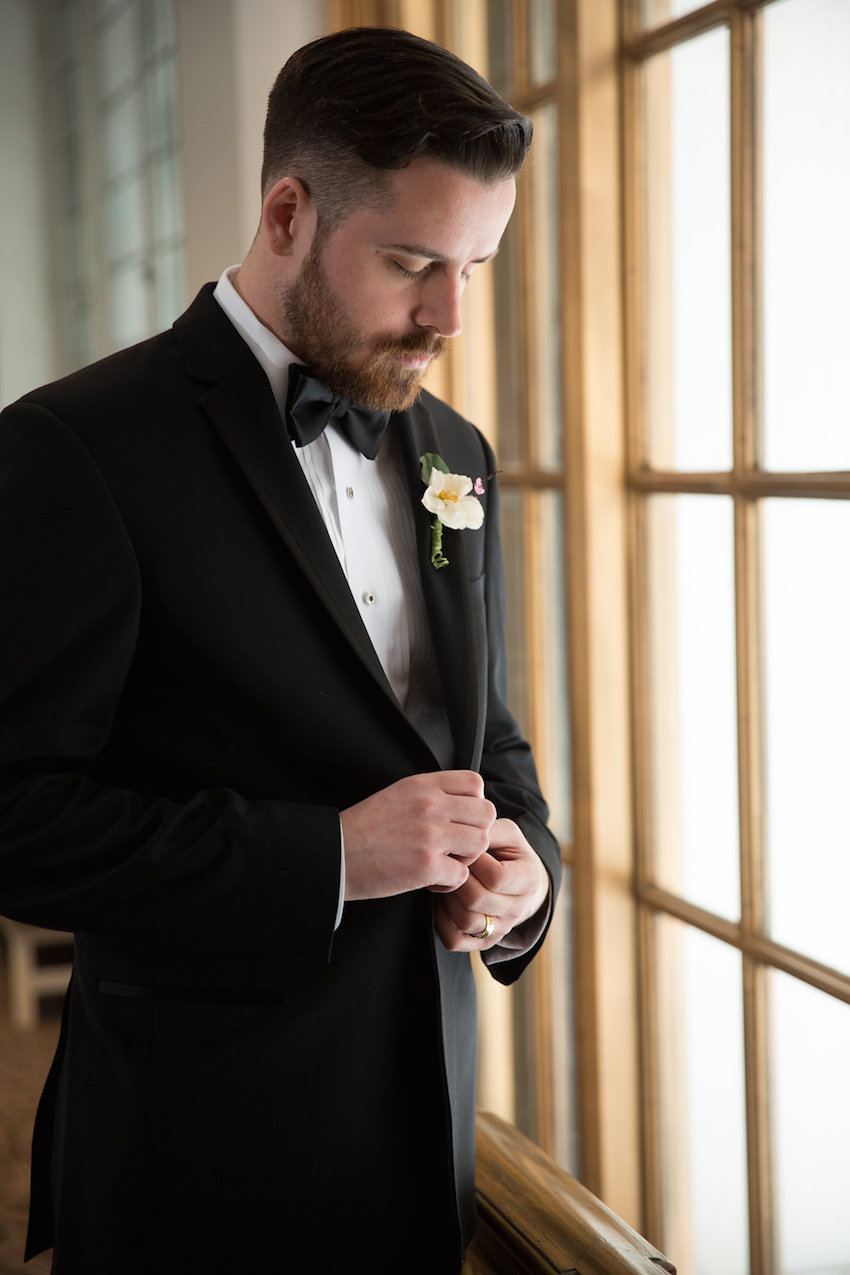 - How involved to be. Many times grooms are asked about their opinion on something for the wedding, only to quickly realize the answer was not what their beloved was looking for. Finding the line between being helpful and not destroying what they imagine is the life-long dream of their sweetheart can be tricky – and it only increases when the man has his own vision for the big day.

- Groomsmen choices. The increased acceptance of mismatched bridal parties helps, but it can be tough to figure out who the right people are to include in the wedding.

- The future in-laws. Being around the parents of your significant other is often a bit nerve-wracking, but once you’re getting married that increases. These people will be your family forever and the father of the bride getting emotional about his little girl growing up doesn’t exactly lessen the pressure.

- The guest list. Whether he’s self-conscious that you have more people on your list than he has on his side, or just the fact that you’re not getting as many “no” RSVPs as you were counting on, he’s probably just as worried about the guest list as you are.

- Money. If the two of you are paying for the wedding together, a man who hasn’t spent as much time researching and learning what things cost probably faced a lot of sticker shock when planning began. And now the budget just keeps creeping higher…

- The honeymoon. If you’re going the traditional route and letting your future husband plan your trip, then he’s likely very worried about making sure it’s absolutely perfect for you.

Read stories from real grooms about when they knew they would propose and their advice for future grooms.

Is a Short Engagement Right for You?