One of our favorite parts of working and writing about weddings is getting to hear all about how couples fall in love. Some stories are funny and unique, while some may seem average and everyday, but they all have led these sweethearts to the same place: a loving marriage. With engagement season winding down as Valentine's Day approaches, we're moving away from grand proposals to remember the simple sweetness of the first date. We've gathered together the stories of brides recently featured in our real weddings to reveal the beginning of their journey, before they said "I do."

Click each bride's name to learn more about the couple's love story and discover what weddings resulted from these romantic tales. 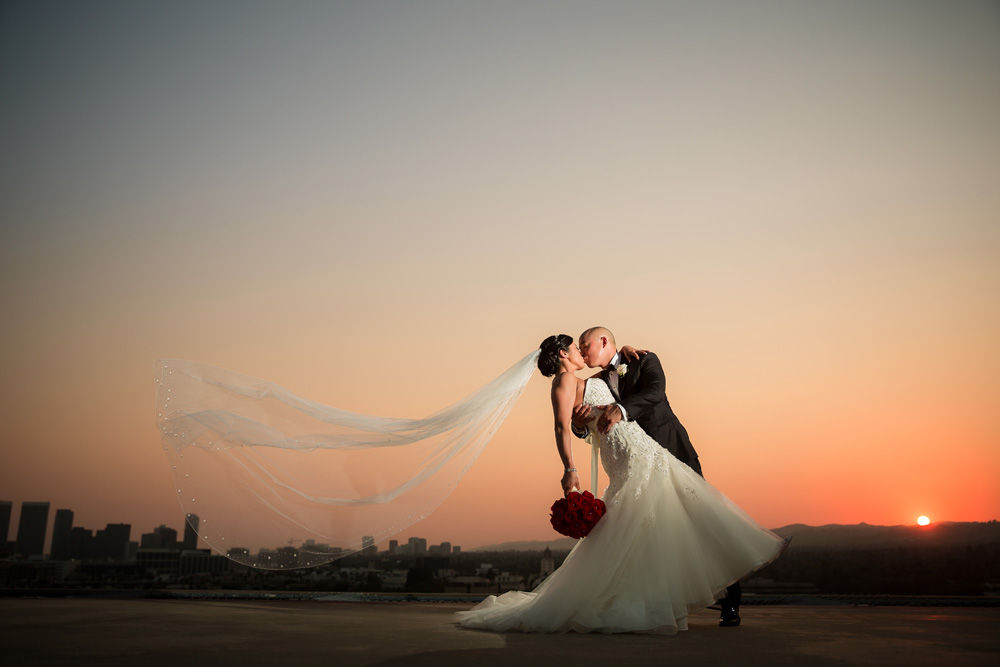 “Ben and I met in high school, when I was a freshman and he was a sophomore. We were on a student council field trip at Snake Road in Lake Geneva, which is a team building ropes course retreat. I met Ben at the top of the zip line, where he was attempting to build up the courage to go down it. After surpassing him and going down first, Ben later sought me out and made casual conversation with me. Ben and I continued conversing, and after returning to school, he ran to catch up with me in front of school, as I got off the bus first. Nothing happened for some time after that. But we started talking at a basketball game in December, and by New Year’s Eve, we were 'officially dating' for the first time.” - Shelby

“We met at work in California. I remember meeting him on the first day I started and just sort of knew we had a connection. I ended up moving back to New York City a few months later and just figured it would end based on the distance, but it didn’t. We made the long-distance thing work for a year and then he moved to New York so we could be together.” - Kaitlyn

“Doug and I have known each other since we were babies, so I can honestly say I don’t remember how we first met! Our immediate and extended families have both lived in the DC area (about 5 minutes away from each other) for a few generations now and have always been closely connected through work, church, school, and generations of friendships – so it was inevitable that Doug and I would be in each other’s lives because of our close family ties… we just didn’t know how important we would be in each other’s lives until years later!” - Elyse

“We were introduced by a mutual friend who thought we would be a good match. After some time went by and multiple 'first dates,' the timing was finally right for us, and we began the rest of our lives.” - Carly

“We first met at Hollywood Forever Cemetery at an outdoor movie screening when my maid of honor was dating one of Lauren’s work friends. We saw each other occasionally, but then our friends split. Fast forward a couple years and we ran into each other out at a bar in West Hollywood. We talked ALL night, lost track of time, and have pretty much been inseparable ever since.” - Briana

“Shaun and I met in October of 2011 at a small bar in the East Village. And there’s just something about Shaun. He trotted through conversation that night with tales of worldwide travel, an exciting career, and a love for his friends and family, all without a hint of arrogance or even awareness that he has lived a life any different from those at the other end of the bar. I left that night feeling I got the chance to read chapter one in a great book about a boy from Australia, and my only hope was that I could keep reading...” - Kate

“Kelly and I met through mutual friends who decided to play matchmaker. I was very nervous (as I always had been about first dates), but I thought Kelly was especially good-looking and came highly recommended by my friend, so that only heightened the anticipation of meeting. I had a stylish friend come over beforehand to check my outfit and make sure I wasn’t over doing it for a first date. The date was called for 8:00 p.m. and I lived just a few blocks away from where we were meeting, so I planned to leave my apartment around 7:50. Around 7:30, I get a text that he is running late, so I turn on the Clippers/Lakers basketball game to help pass the time. Fast forward to many laughs, stories exchanged, a few beers, and one delicious crispy chicken sandwich. I was immediately taken by Kelly, his enormous smile, and genuine heart.” - Jenna

"We were both attending a commercial real estate work conference in Las Vegas (we both work in real estate and lived and worked less than a couple of miles from one another in Dallas, Texas, but we had never met each other until this work conference in Las Vegas). A mutual friend briefly introduced us in Las Vegas and we immediately hit it off and became fast friends. I was flying back to Dallas the afternoon after we met and my heart was racing the entire time I was flying home (I had never had this racing feeling and could not place why my heart was beating so fast). Less than 24 hours after returning home, Blake asked me on a date and the rest was pretty much history.” - Lindsay

“Matt and I met at the University of Miami while we were undergraduate students. We both lived in the same apartment complex. A friend introduced us and then we began to see each other around the neighborhood. The rest is history.” - Whitney

“We actually met on a reality TV show on NBC, called Ready for Love. The first time we met was on a big stage in front of a live audience.” - Jenna

Find out how grooms found the perfect ring and read wedding-planning advice from both brides and grooms who have been through the process.

Your Guide to Wedding-Related Sibling Squabbles

Your Guide to Wedding-Related Sibling Squabbles