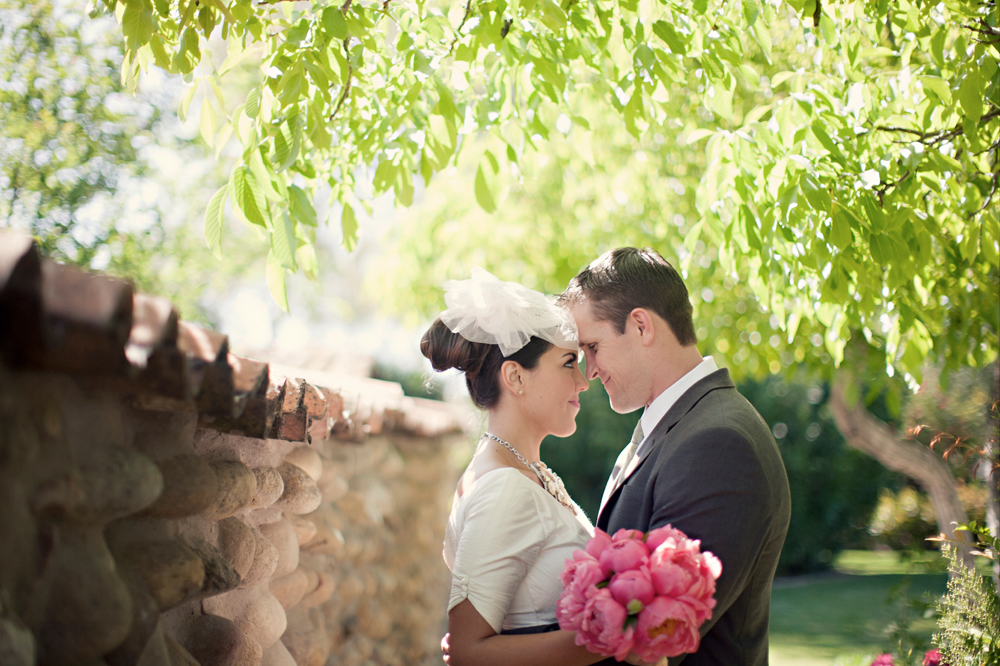 Happy Throwback Thursday, everyone! In today’s installment, we review the classic and sophisticated wedding trends of the 1950s – an era of budding rock-and-roll music, the birth of the Baby Boomer generation, and a plethora of political and social conflict. In the world of fashion, the decade is typically marked by the presence of modest, classic silhouettes that created the vision many have of the ‘50s today. Wedding trends of the time mostly aligned with traditional values, which should come as no surprise for this post-war era.

Dresses: The ensembles that were considered formal during this time might now be thought of as more casual: short dresses were highly en vogue, typically categorized as tea-length gowns or even ballerina length. Modesty was key with these frocks, many of which featured long sleeves, and brides tended to wear stockings underneath. Dresses were brimming with frills and lace details, as the style icon of the decade was the beautiful and elegant Grace Kelly, an American actress that married Prince Rainier III in 1956, making her the Princess of Monaco. Grace’s gown was iconic for the era, featuring illusion detailing for both style and modesty, as well as a sweetheart neckline, which was made popular by the wedding dress worn by Elizabeth Taylor in the film Father of the Bride (1950).

Beauty & Accessories: In keeping with the level of sophistication of 1950s fashion, brides would don white gloves to match their dresses on their wedding day. Similarly, red lipstick was very “in,” which made for very dramatic looks, as “bedroom eye” makeup – which consisted of shadow and liner that made the eyes look half-closed – was popular with women at the time. Jewelry consisted of vintage pieces passed down from family members, including ornate brooches, as well as some chic new pieces mixed in, such as an exquisite pearl necklace. Brides sported shorter birdcage cap veils and skull caps, giving a slight edge to the traditional attire of the time.

Other Details: During the ‘50s, men’s fashion saw a major shift – more fitted clothing permeated the United States, seeing a new style for grooms in single-breasted suits and dinner jackets paired with tapered slacks. Ceremonies followed the classic model of being held in a place of religious worship prior to a reception at someone’s home or in a hotel ballroom. Wedding cakes were wider than they were tall during this decade, and were often bedecked with a basic wedding topper featuring caricatures of the couple underneath an arch structure. The beginning of the 1950s saw a return to normalcy after the conclusion of World War II, so many brides and grooms felt the need to celebrate their love in a big way. Those who could afford to do so made their nuptials into lavish affairs to commemorate life and romance post-war.

Visit the Set Of "My Big Fat Greek Wedding 2!"