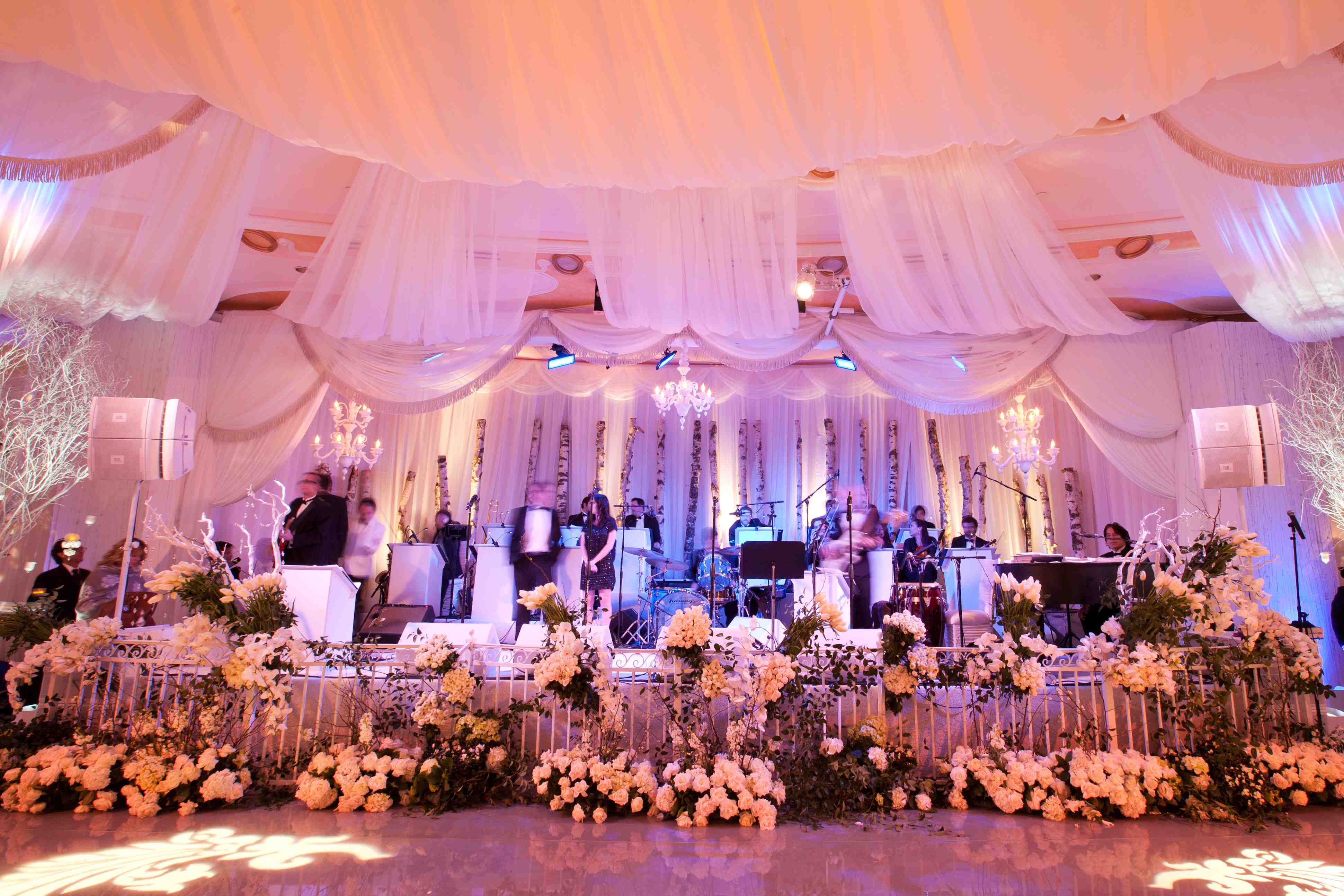 On this, the first Throwback Thursday of November, we’ll be taking a closer look at the wedding fads that made waves in the 1940s. As the United States was involved in World War II for the better part of the decade, the idea of merriment was not generally in the forefront of citizens’ minds – there were much more pressing issues to address. However, weddings have the ability to offer an escape from this worry, albeit briefly, in order to celebrate a couple in love. Therefore, trends of the time relied on function with a slight romantic flair.

Dresses: Brides walking – or in many cases, hastening – down the aisle weren’t afforded a variety of options when it came to the date of their big day, as it heavily depended on the whims of their partner’s commanding officer. Due to the unpredictable nature of a man’s time off and the anxiety of wartime, women chose shorter frocks that allowed them to move in quick ways, such as jumping on a bicycle, and often wore buttoned-up jackets over their ensembles to keep warm. Many dresses of the time features gathered sleeves, padded hips, and corseted bodices, as these details were en vogue. The style icon of the ‘40s, Queen Elizabeth II, was actually married to Prince Philip in 1947, after the war ended: her opulent gown represented grace and poise following the war, though she still needed to use ration coupons to purchase the material for it. More representative of the early ‘40s bride was actress Ava Gardner on her wedding day in 1942; she married actor Mickey Rooney in a smart jacket and a knee-length skirt.

Beauty & Accessories: There were a few distinct hairstyles that stuck with women of the 1940s, and most did not change up their normal ‘dos when it came time for their weddings. Brides often sported shoulder-length hairstyles with pin curls and side rolls, featuring a simple veil fascinated to a favorite hat atop their head. Red lips, arched eyebrows, and rouged cheeks were all the rage – in fact, red lipstick was actually a part of the war effort of the time, as women were encouraged to send letters to men on the front lines with red “lipstick kisses” in order to boost morale.

Other Details: Every aspect of early ‘40s weddings were at the mercy of World War II. This could mean a speedy courtship and engagement, or an elongated one, and pinning down a date wasn’t an easy task. During the war, wedding rings for men became incredibly popular, as they were a visual reminder for men of what they were fighting for and gave them a connection to their loved one back home. This fad even stuck around after 1945, and many grooms select bands for themselves today. When couples finally got a chance to forget about the turmoil and celebrate, they wanted to have a good time – many held receptions that featured big band ensembles that played lively jazz and swing music perfect for dancing. Additionally, the notion of the DIY bride was born in this era, as women had to scrounge to throw together outfits and décor themselves, working with the limited supplies available.

Why You Should Quote Literature in Your Ceremony

Everything You Need to Know About Marriage Licenses