There are a lot of wedding traditions that, when you really think about them, don’t always make a ton of sense. As much as we love a bridal party, there’s not a lot of logic behind the custom. Originally, bridesmaids were meant to look like the bride in order to confuse evil spirits, but now attendants are generally just meant to honor loved ones on your special day. As we move farther away from when these traditions started, there is a tendency to loosen the restrictions and reinterpret them. For example, you’ve probably noticed more sets of bridesmaids and groomsmen not dressed identically. 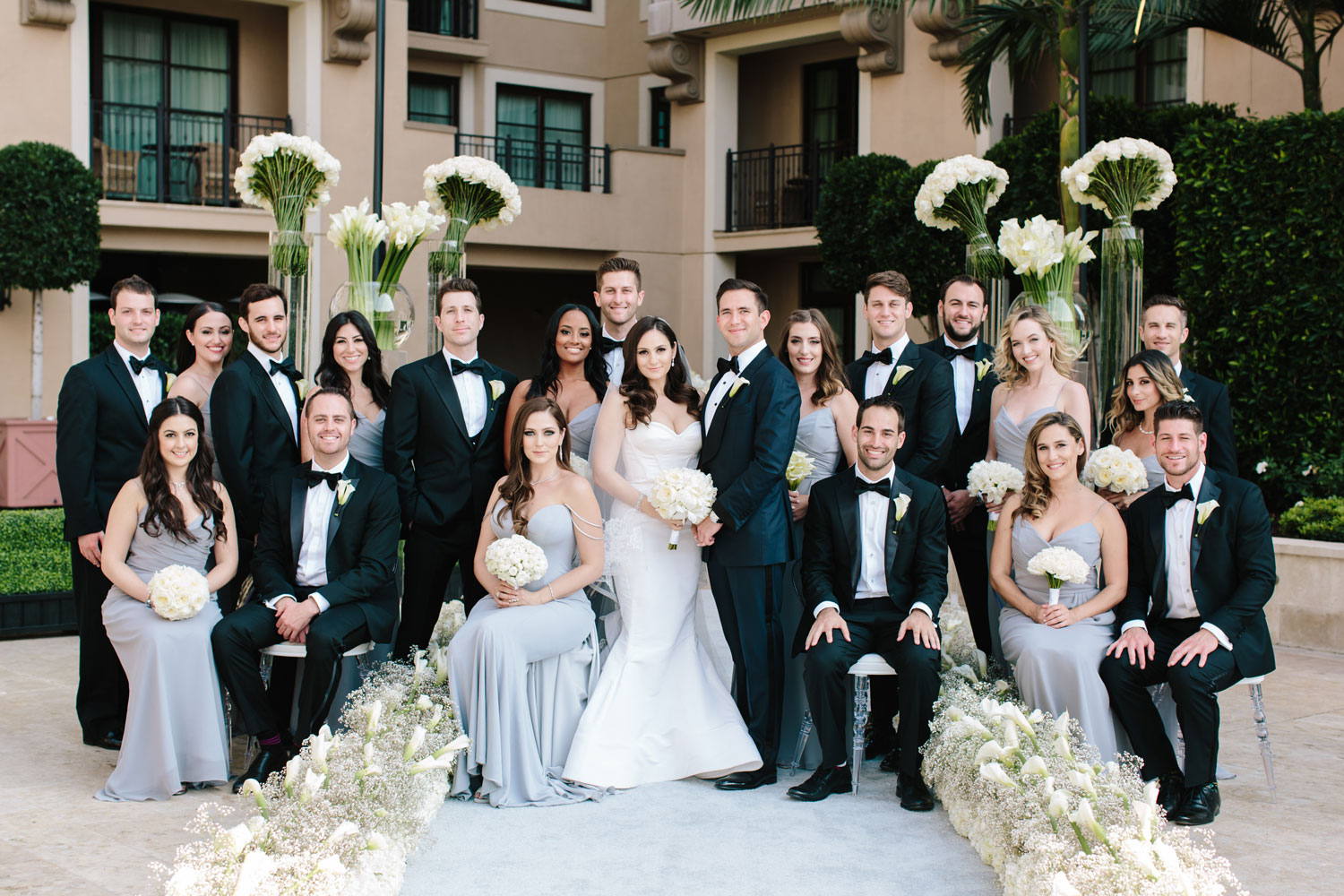 Tradition also used to dictate that there be the same number of bridesmaids and groomsmen at a wedding, which is another custom that’s not necessarily logical. Sure, there is beauty in symmetry, but it’s not exactly reasonable to expect a couple to have an equal number of close friends or siblings. More and more sweethearts are choosing not to feel self-conscious about these differences and embracing having an uneven wedding party. However, even after making that choice, it isn’t always easy to figure out the logistics.

For the ceremony processional and grand entrance into the reception (if applicable), there are two main options: Sending everyone single file might make shyer attendants more nervous, but it’s the easiest way to disguise lopsided numbers. If there’s only a difference of one, you can alternate, otherwise send one side down the aisle or into the reception at a time. Sometimes groomsmen are already standing at the altar with the groom, in which case it’s an easy decision to send bridesmaids down the aisle single file. If you prefer to not make people walk alone, groups of three are pleasing to the eye.

Once at the altar, there is no reason you can’t just have bridesmaids and groomsmen stand on the traditional sides and just let it be uneven. With spacing, it may not even be noticeable. The attendants can also sit in the front row during the vow exchange, which is typical of Catholic weddings. If you and your beloved share a lot of mutual friends, the bridal party could be mixed together so that there is an even number on each side.

For your formal pictures, it’s obviously not an issue until you combine both groups together. Instead of having bridesmaids on one side and groomsmen on the other, interspersing everyone around the couple instead of dividing things by gender (which isn’t applicable to every group anyway) is a better way of reflecting how you all spend time together.

For more ideas, find out how to personalize your wedding and how to avoid regrets in the planning process.